Imagine sheer joy in a child’s eyes after hearing they’ll be a flower girl for their aunt’s wedding. Sadly, for one excited 4-year-old, the dream was over before it could begin.

“I was kinda nervous when she asked me and my daughter (4) to be bridesmaids in February because I knew she was gonna be a massive bridezilla,” wrote the bride’s sister about her initial suspicions in a lengthy post on the AITA subreddit. Over the course of a few months, they “had to practice multiple dances, pay for very expensive dresses and put up with her tantrums,” she added.

At one point during the whole preparation, the bride decided that her little niece was in fact not good enough to be a flower girl and could only attend the ceremony as a guest. In fact, the bride was afraid of the 4-year-old “messing everything up.” As you can imagine, this didn’t end there.

The family conflict escalated and soon the mom of the fired flower girl realized there was a much more nasty reason why the bride canceled her daughter. 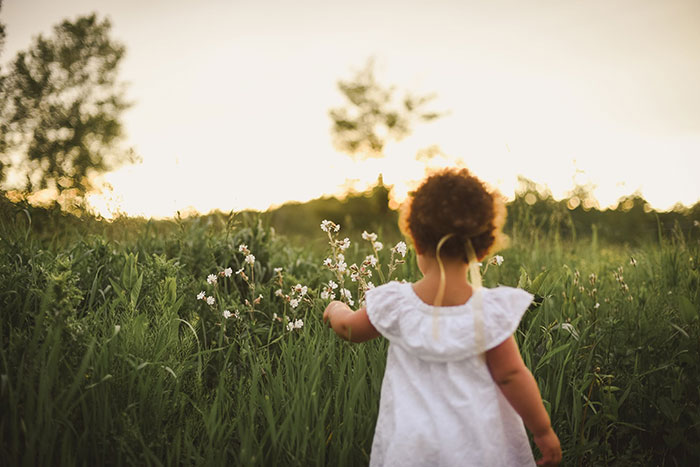 Wedding planning is not for everyone, we all know that. And while some couples hire professionals, others think they will manage to tackle the workload themselves. Combine the pressure of having a perfect day with stress over tiny things and the personality trait of wanting to control everything, and the chances are you’ll meet a bridezilla. 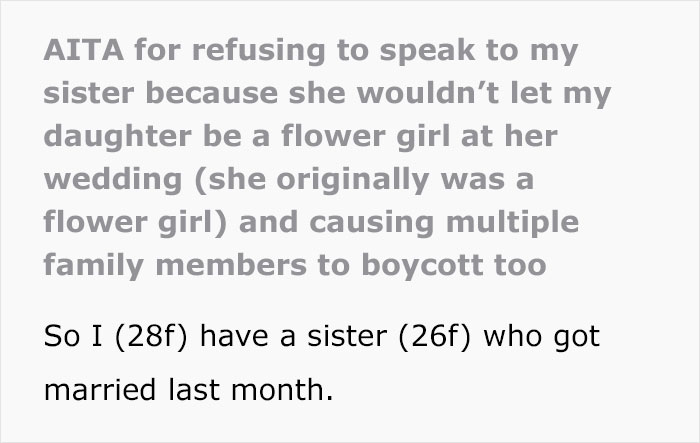 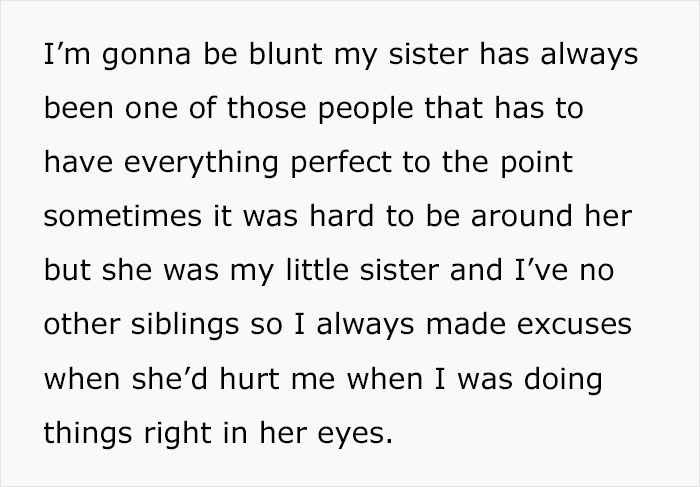 The term has been popularized by social media and a number of TV shows, is used to refer to particularly difficult brides who basically make the planning hell on earth for their guests, fellow planners, family members, and themselves. “A bridezilla is someone who loses her cool when it comes to wedding planning, usually snapping at friends, family, and suppliers when these people are only trying to help,” Rhiann Janak Gouabeche, the CEO of Lucy Till French Wedding planners, explained. 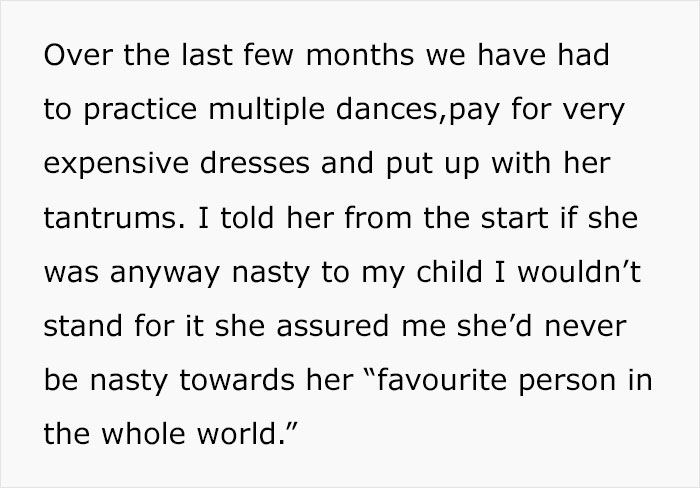 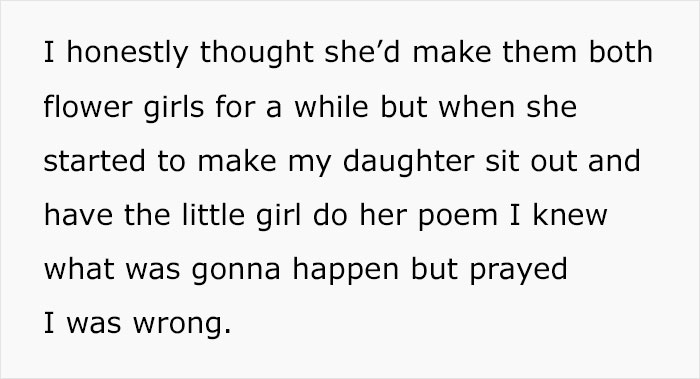 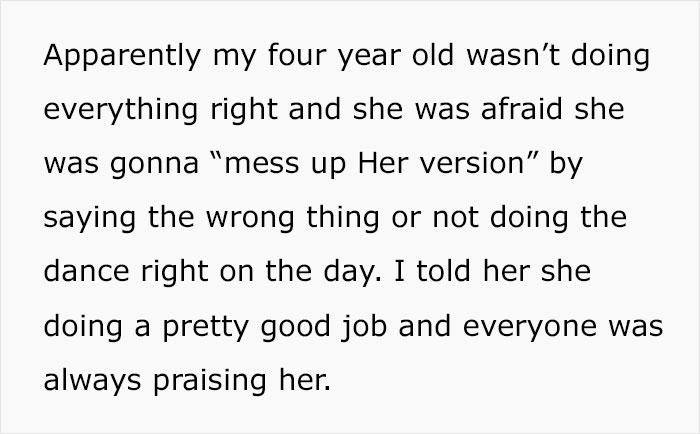 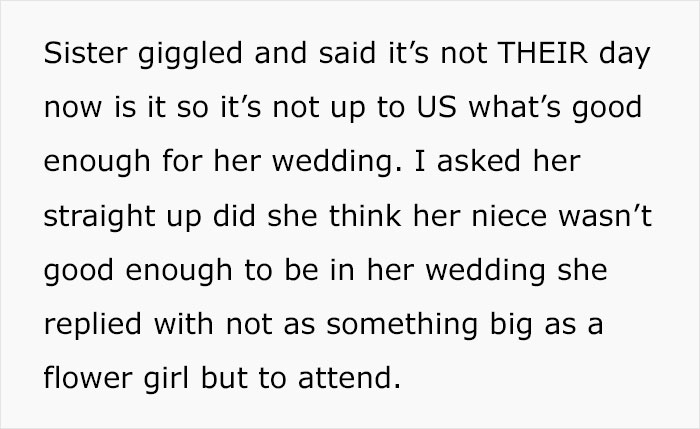 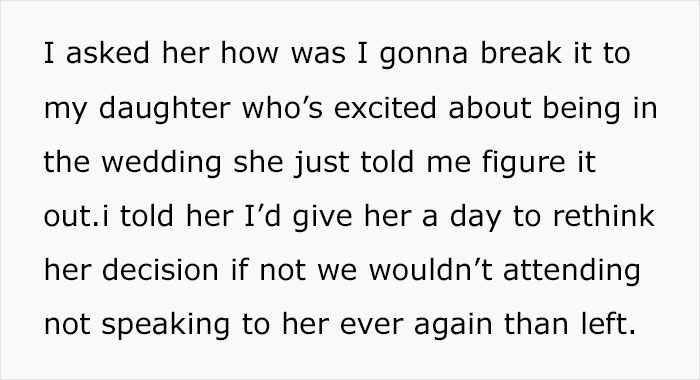 And it was just heartbreaking for the kid 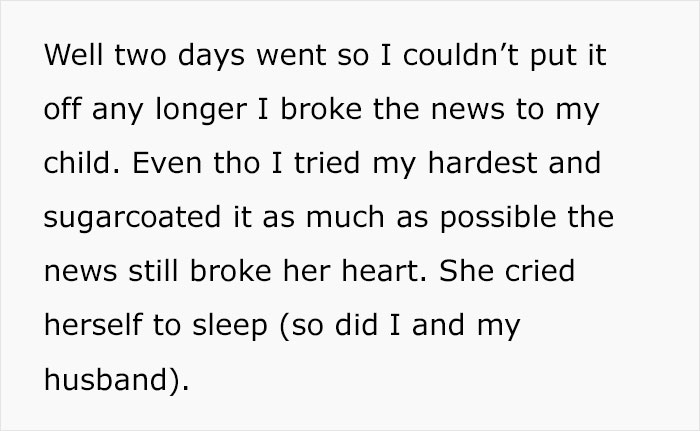 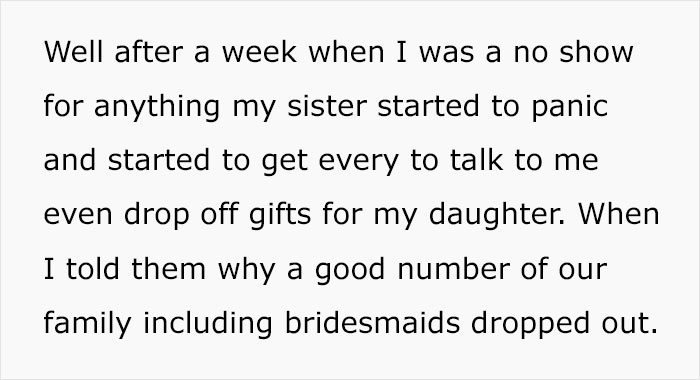 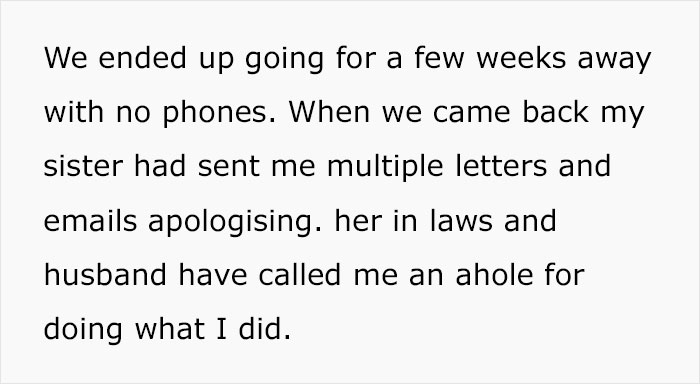 It turns out, the bride saw this post on the AITA subreddit and got really upset so she showed up at the author’s job 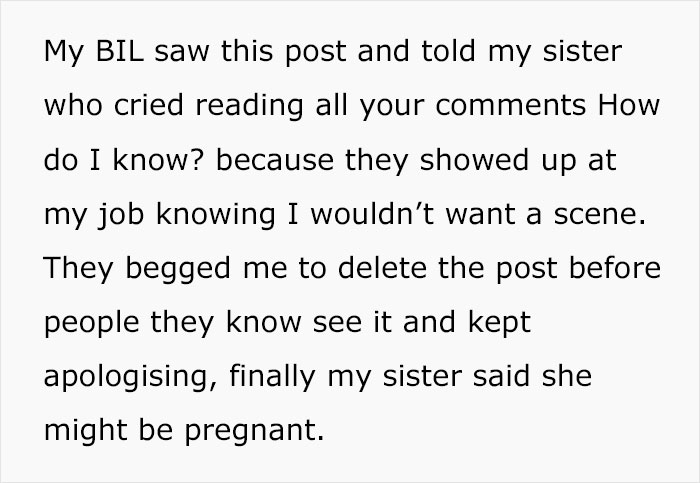 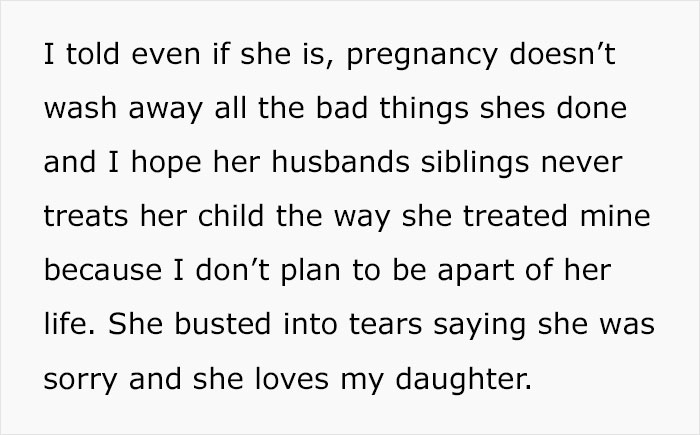 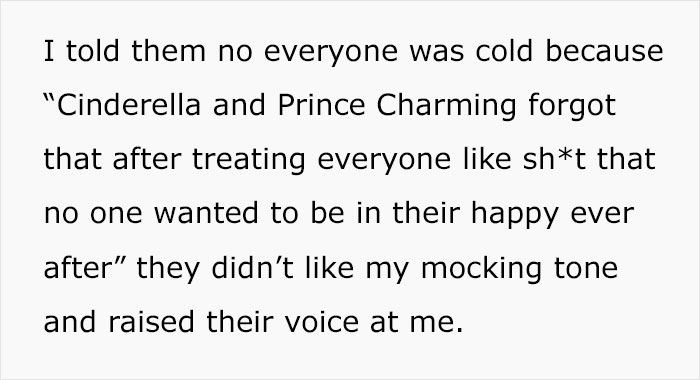 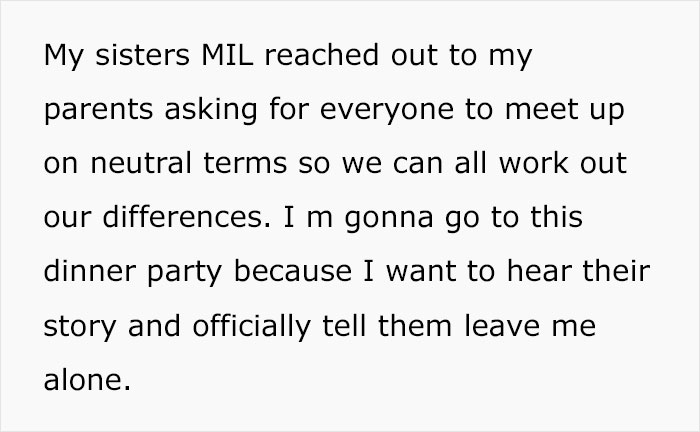 Shockingly, it turned out, the reason why the 4-year-old was fired from being a flower girl goes deeper than not being good enough 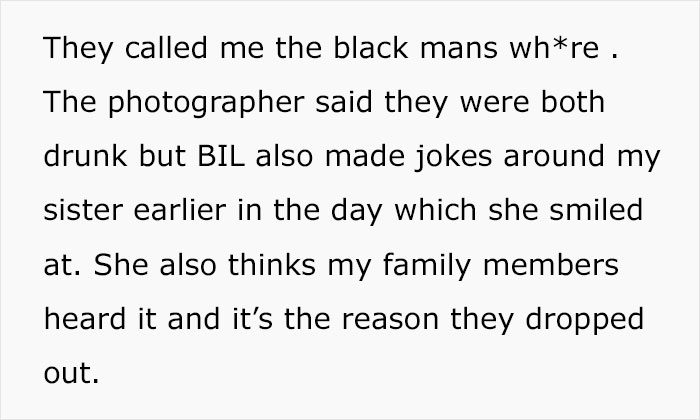 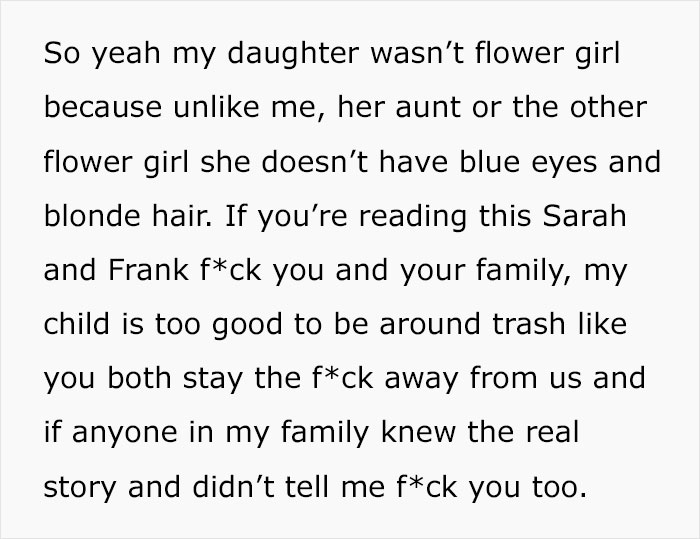 Luckily, the author received support from her parents and other family members 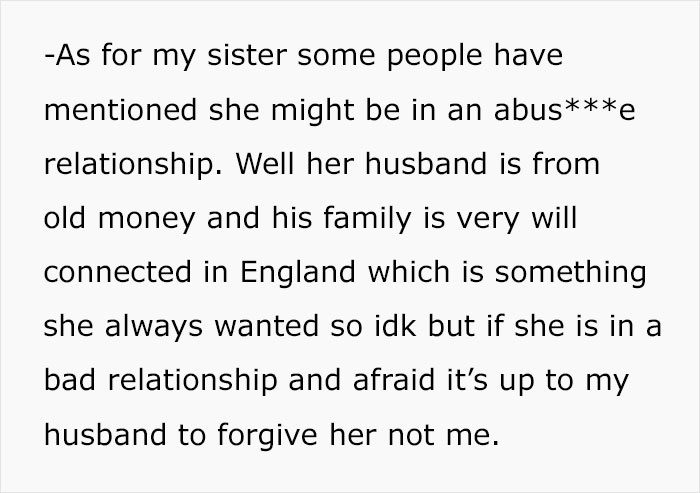 In the end, the author addressed the critics and bullies 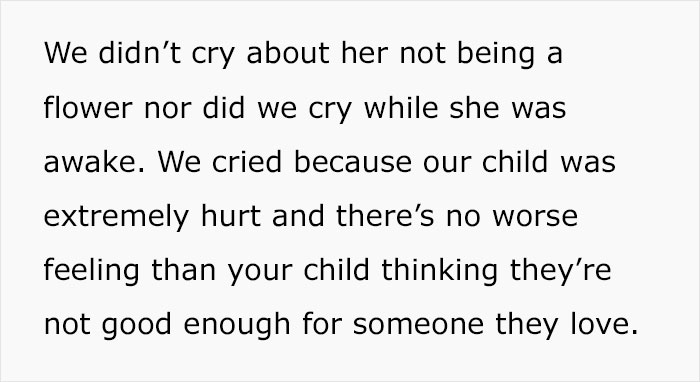 A bridezilla might be your fiancée, sister, best friend or daughter. And this is what makes her behavior particularly hard for family members. The psychopathic ball of nerves looks nothing you remember her, with many times her actions or words changing your relationship for years to come.In extreme situations, you have no option but to stand up for yourself and put an end to it.

If the bride is being rude, unrealistic, too demanding, bullying and even abusive, you have to tell her so and call her out if she goes onto others. No one deserves to be treated poorly, and this is the end of the discussion. 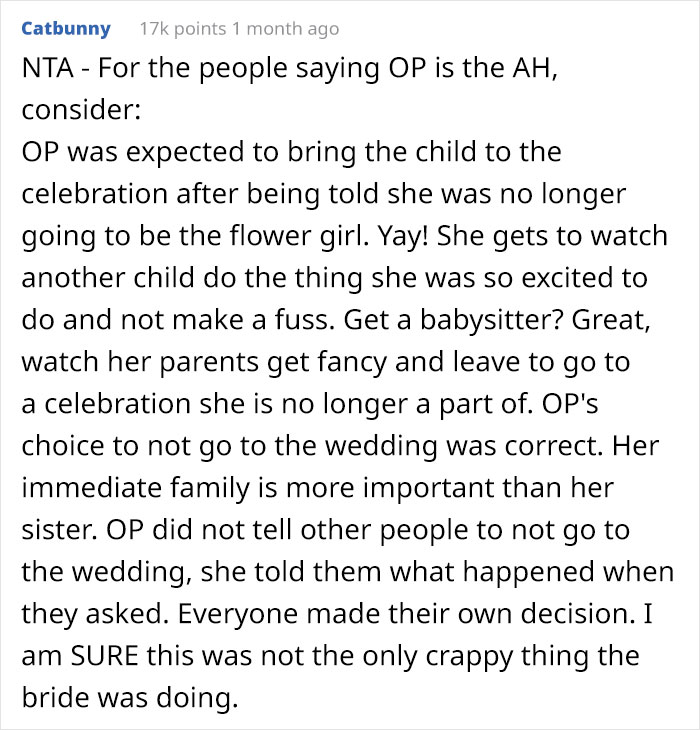 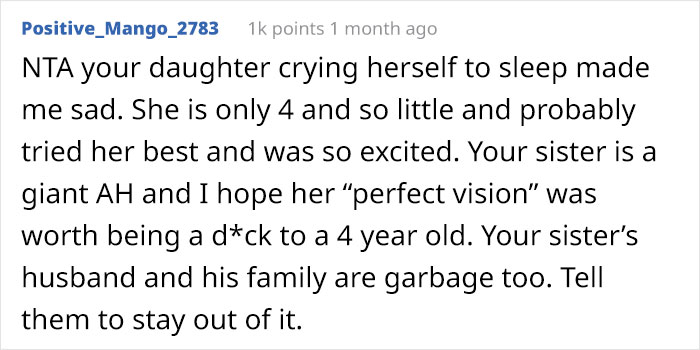 The post Mom Is Beyond Devastated After Her Sister Fired Her 4-Year-Old From Being A Flower Girl At Her Wedding, Later Learns It Was Because Of Racism first appeared on Bored Panda.