Across many places in southern Utah, in the western United States, where the orange-colored sandstone gives way to the spectacular white- and pink-colored cliffs and bluffs of Navajo Sandstone, one can find hundreds of iron spheres either embedded in the rock or gathered loosely into “puddles” on the ground. They range in size from fraction of an inch to several inches in diameter. They are called moqui marbles.

The word “moqui” comes from the Hopi Tribe, and it means “the dead” in the Hopi language. The Hopi Tribe itself was known as the Moqui Indians, named so by the early Spaniards, until their name was officially changed to Hopi in the early 1900s. According to one Hopi legend, Hopi ancestors’ spirits return to Earth at night and play marble games with these iron balls, and in the mornings the spirits leave the marbles behind to reassure their relatives that they are happy and content. 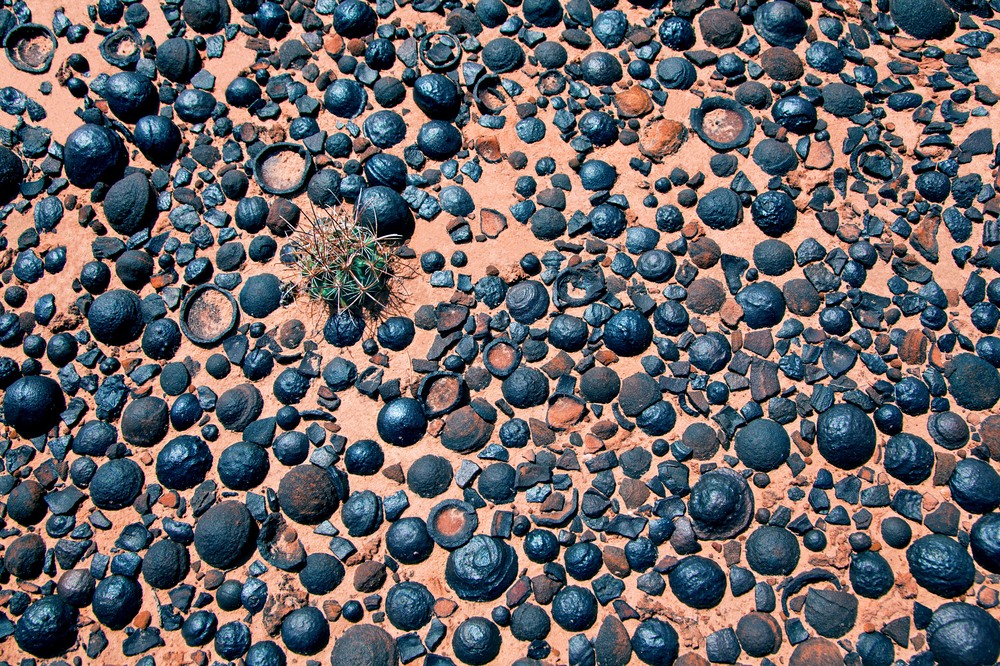