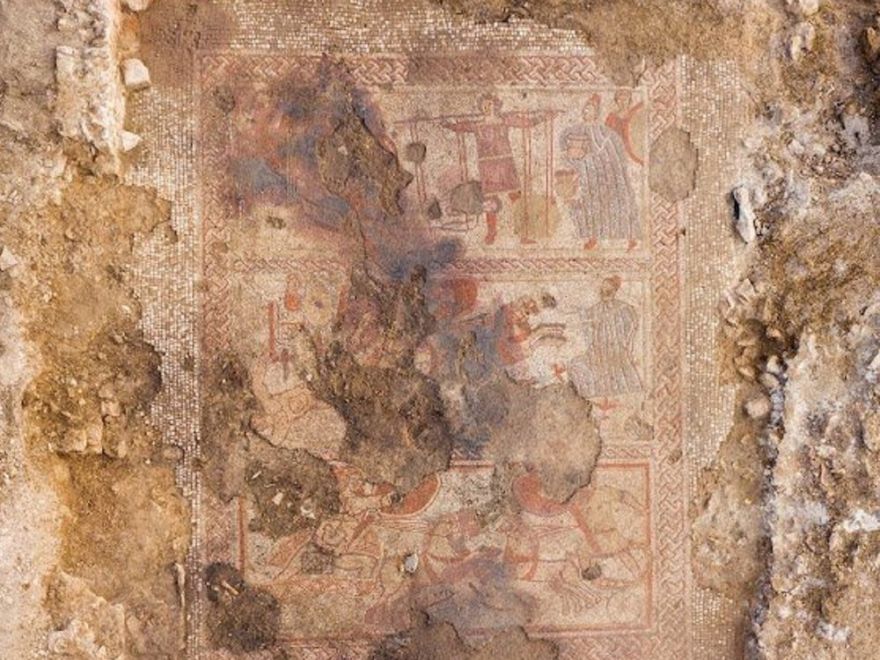 A resident from Rutland, England noticed an unusual glimpse of pottery on the ground of their family farm during his walk. After getting a spade, the man, Jim Irvine, dug a shallow trench to see what was there. According to the team of experts who excavated the site after Irvine, the ceramic tiles were a Roman mosaic depicting scenes from theIliad. The artwork is the first of its kind that was found in the United Kingdom. “This is certainly the most exciting Roman mosaic discovery in the U.K. in the last century,” says  University of Leicester Archaeological Services Project ManagerJohn Thomas in astatement. “It gives us fresh perspectives on the attitudes of people at the time, their links to classical literature, and it also tells us an enormous amount about the individual who commissioned this piece.”