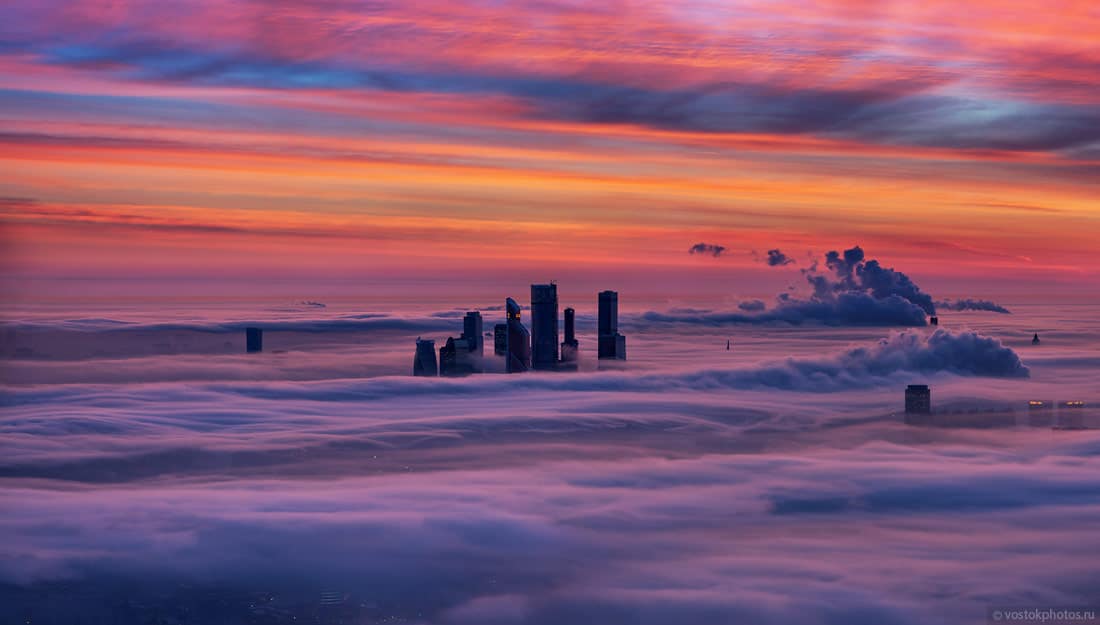 When temperatures drop and the sun starts to set, Moscow’s skyline undergoes a breathtaking transformation. During the winter months, the capital city is occasionally blanketed by a dense fog, making its skyscrapers appear to float among the clouds. Russian photographer Dmitry Chistoprudov has captured the captivating phenomenon in a series shot from up above cloudy Moscow.

The stunning photographs offer a unique bird’s-eye view of the fog-covered city at dusk. To snap the striking, sky-high shots, Chistoprudov camped out in the icy observation deck of the 340-meters-tall Ostankino television tower. From there, he had a picture-perfect vantage point of the cluster of buildings that comprise Moscow’s iconic International Business Center, the spire of Triumph Palace (Europe’s tallest apartment building), and other local landmarks.

As the buildings emerge from the mist, their stark silhouettes stand out against the pale pastels of the clouds and the fiery tones of the sunset, resulting in high-contrast compositions that capture the beauty of both the city and of nature.

Dmitry Chistoprudov captures cloudy Moscow as it appears to float in the sky. 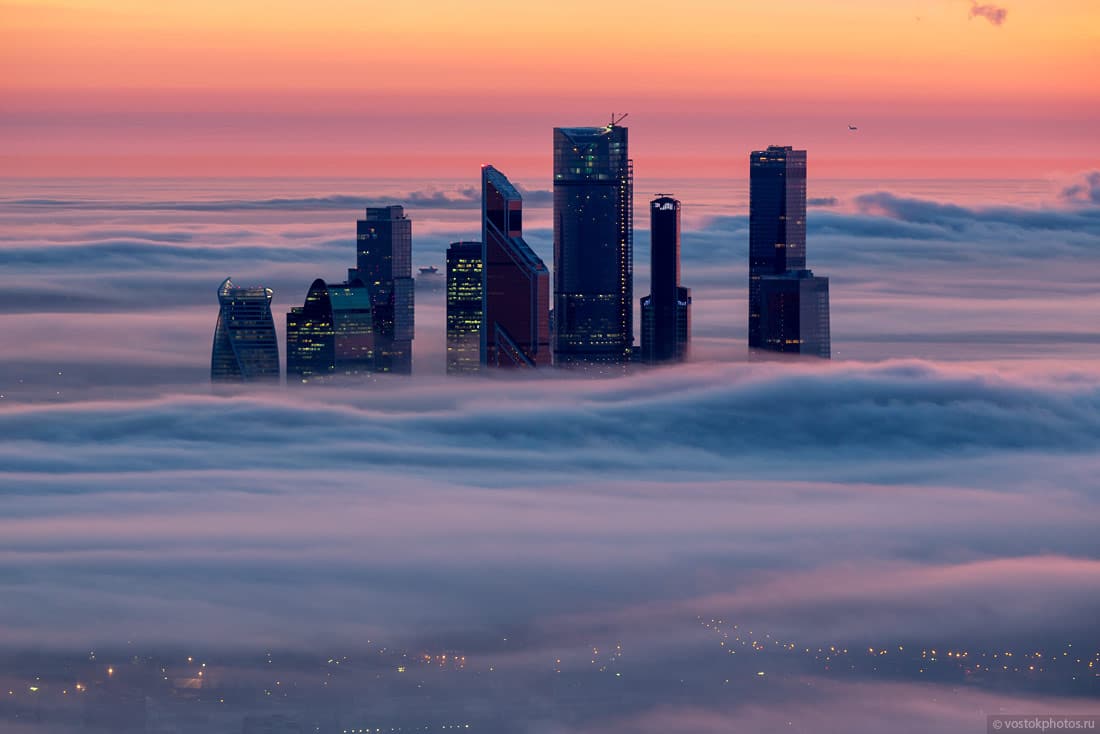 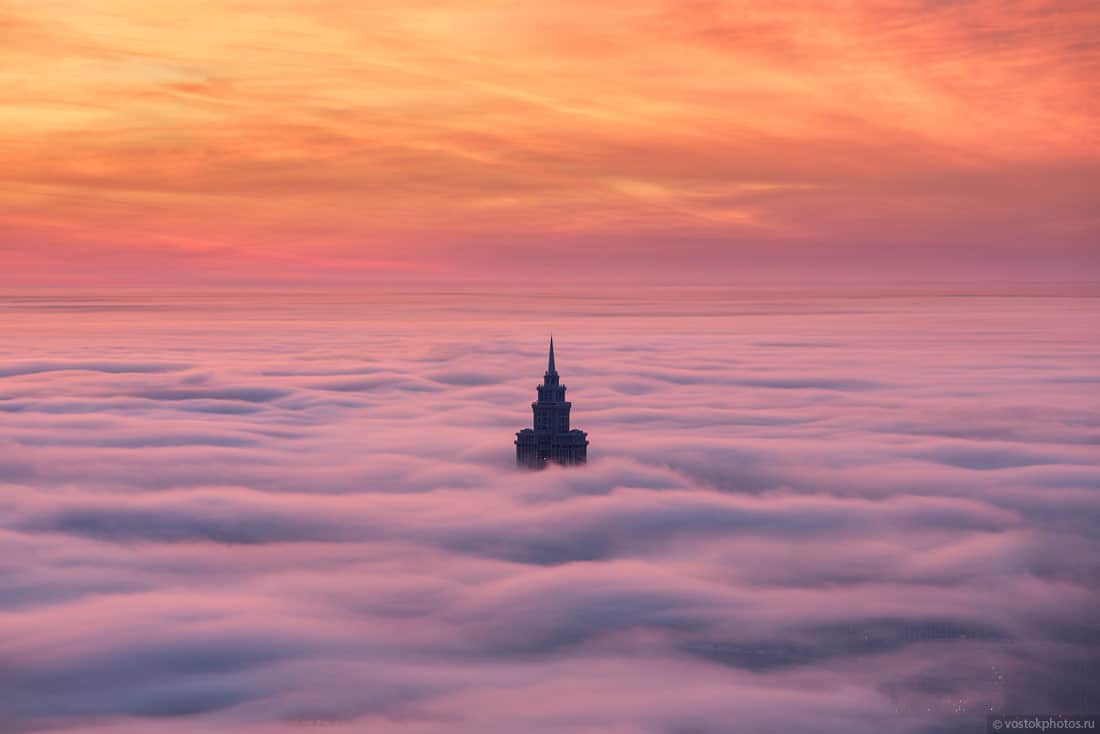 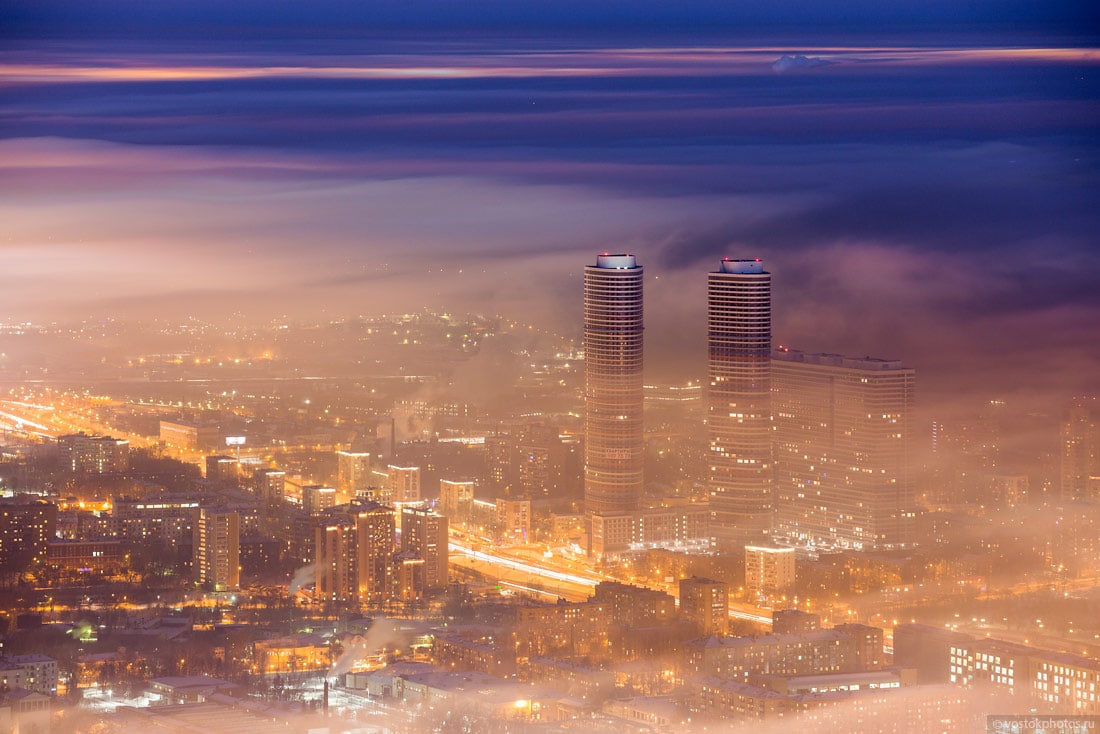 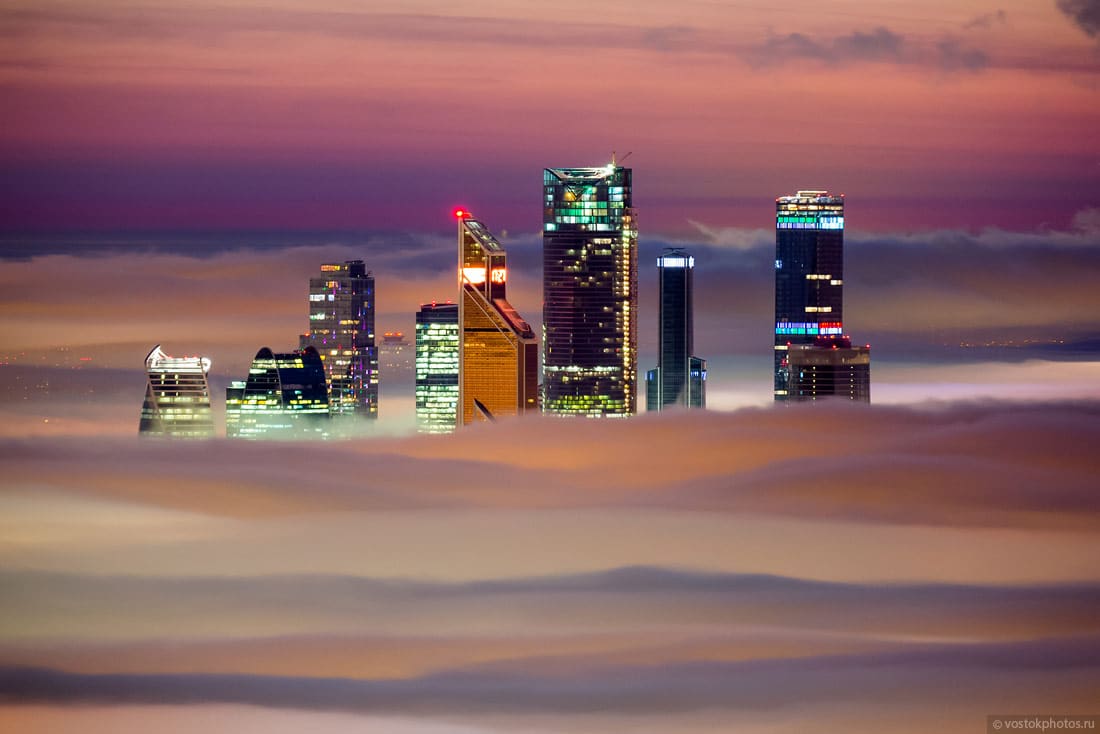 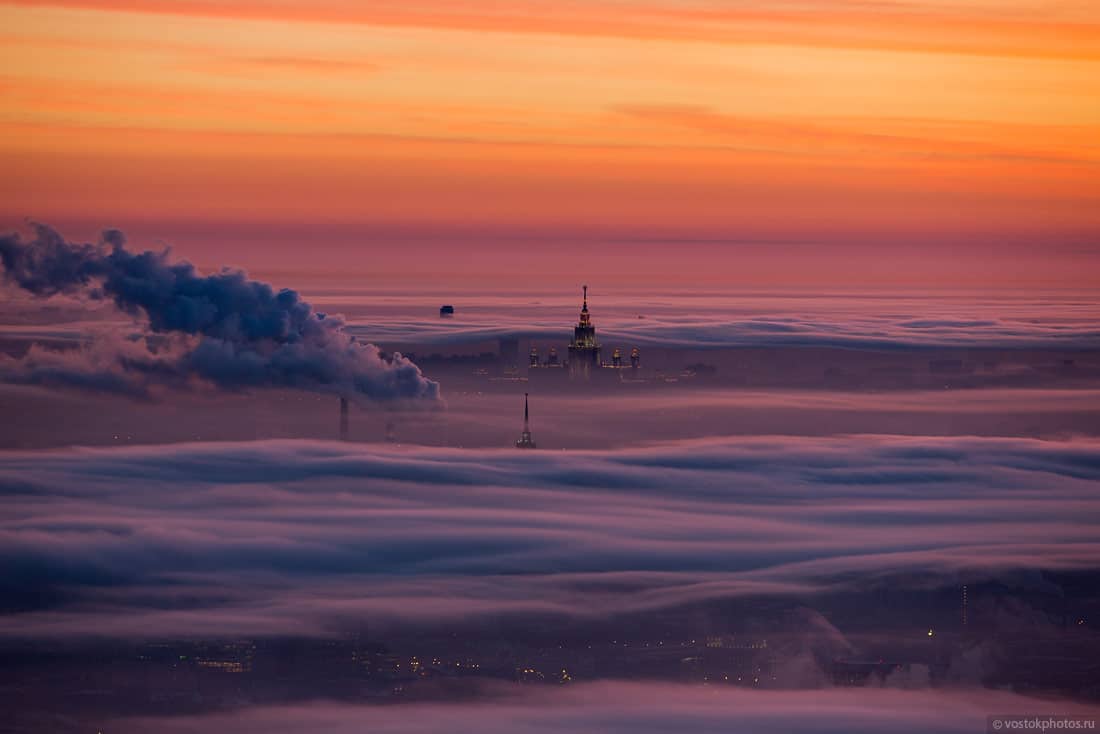 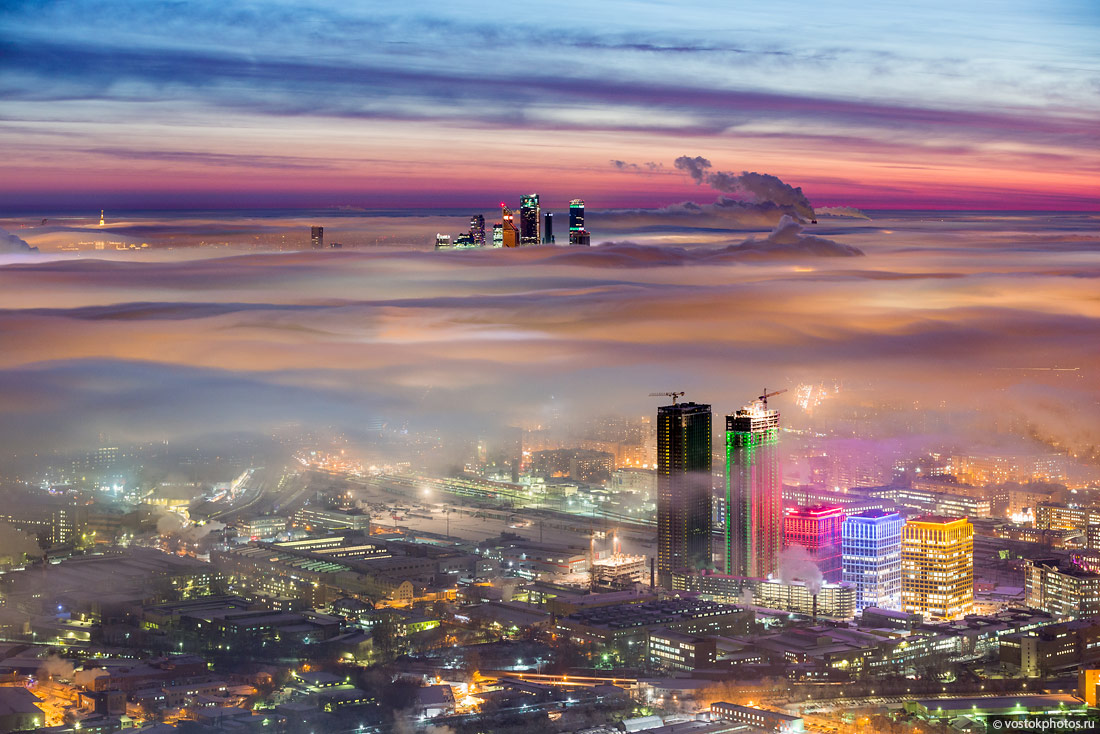 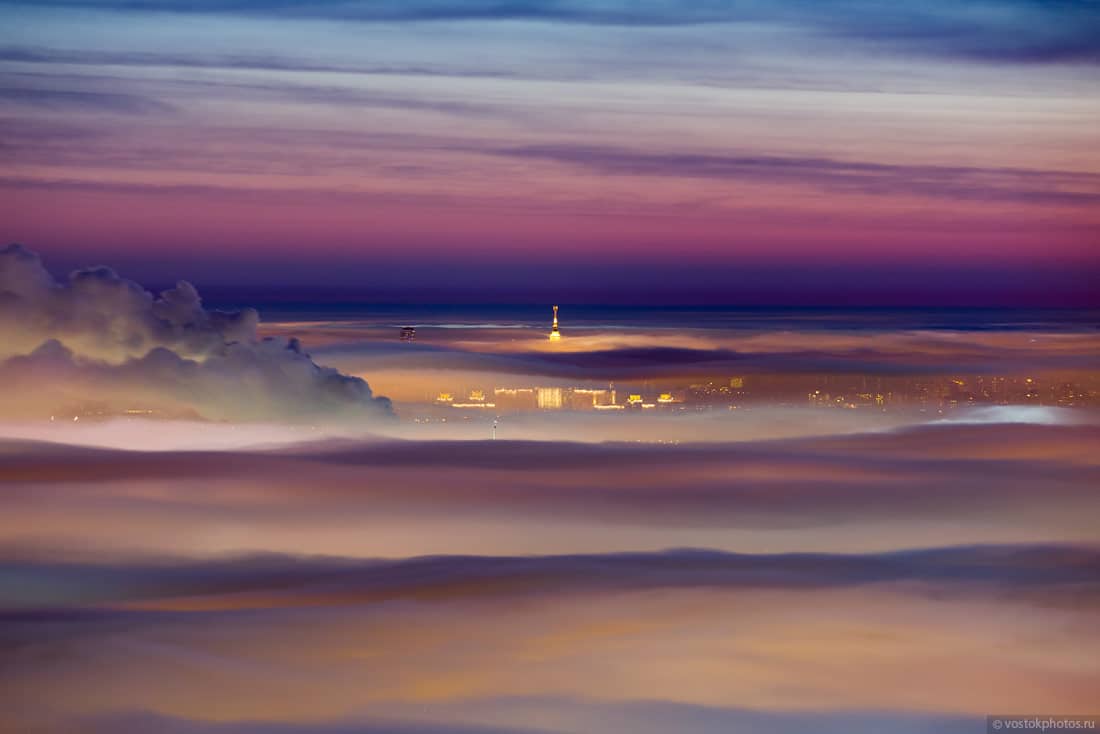 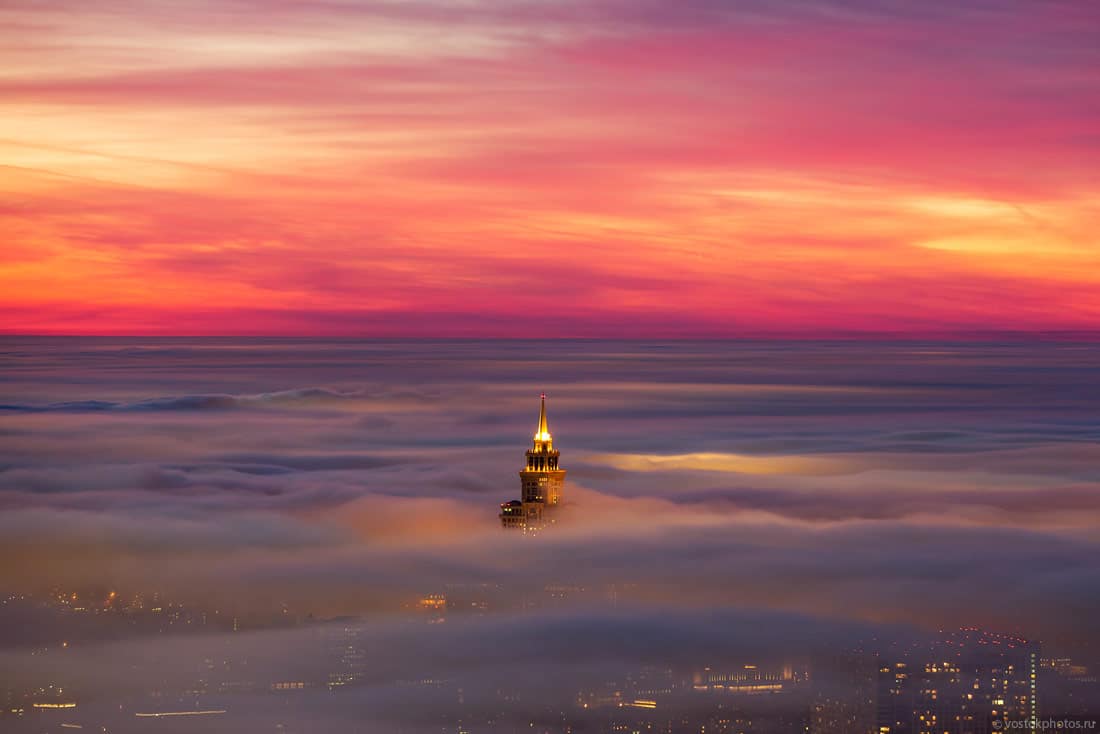 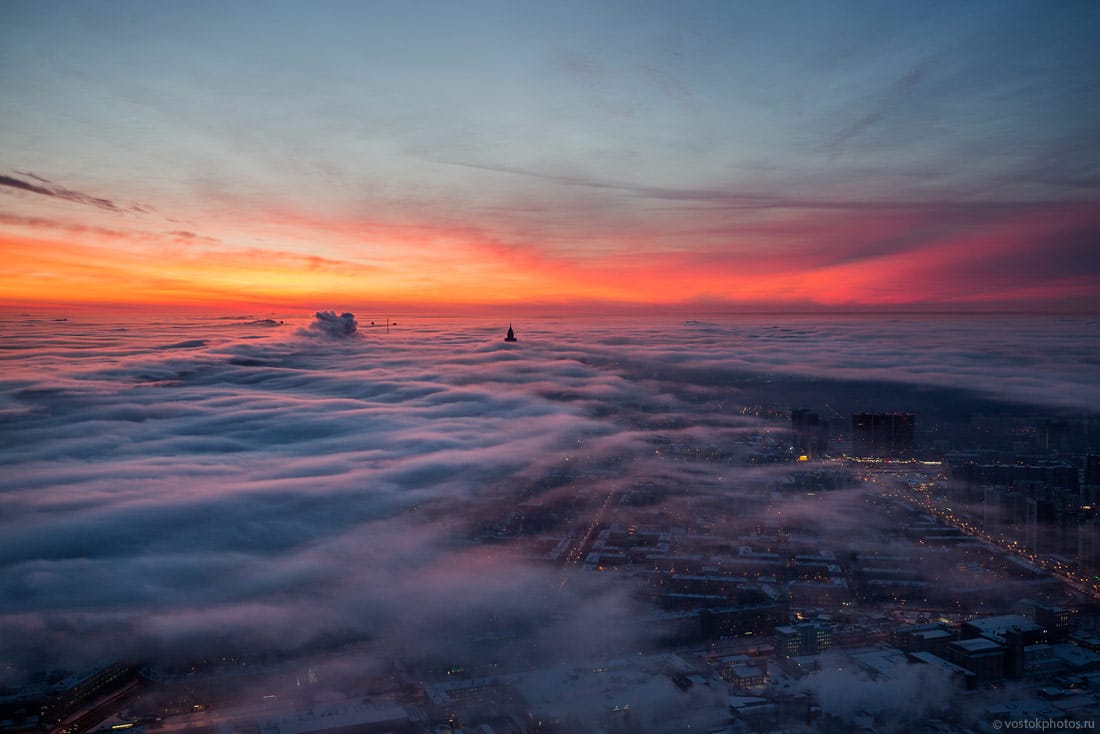 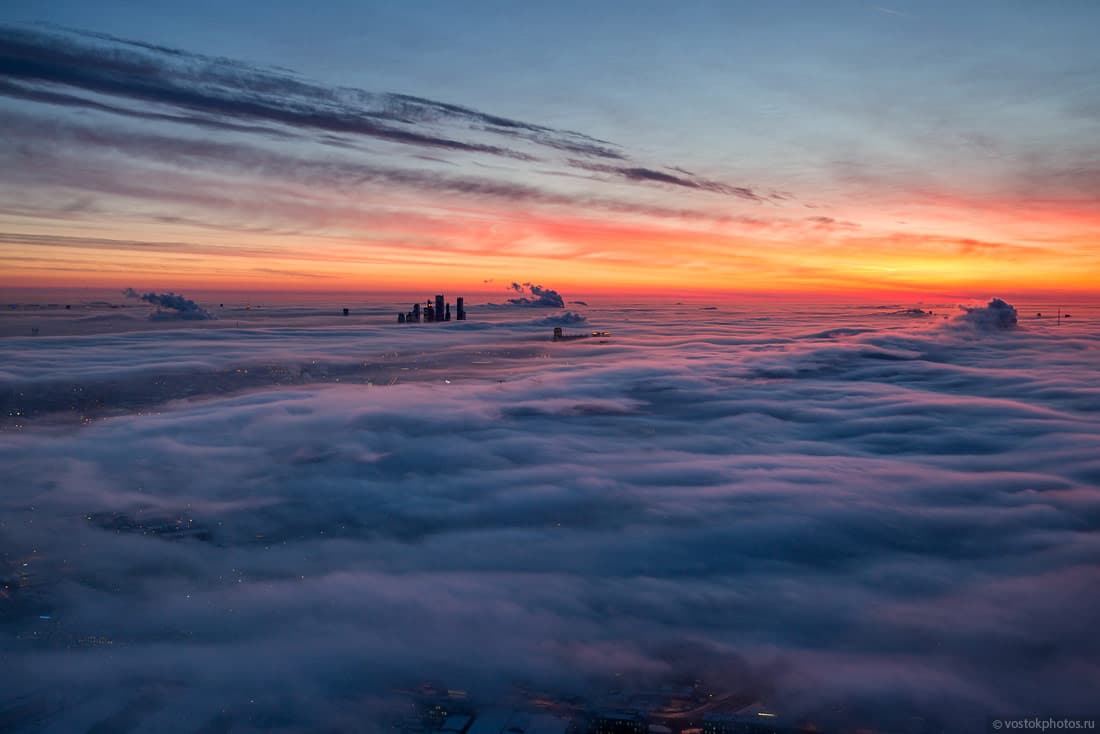 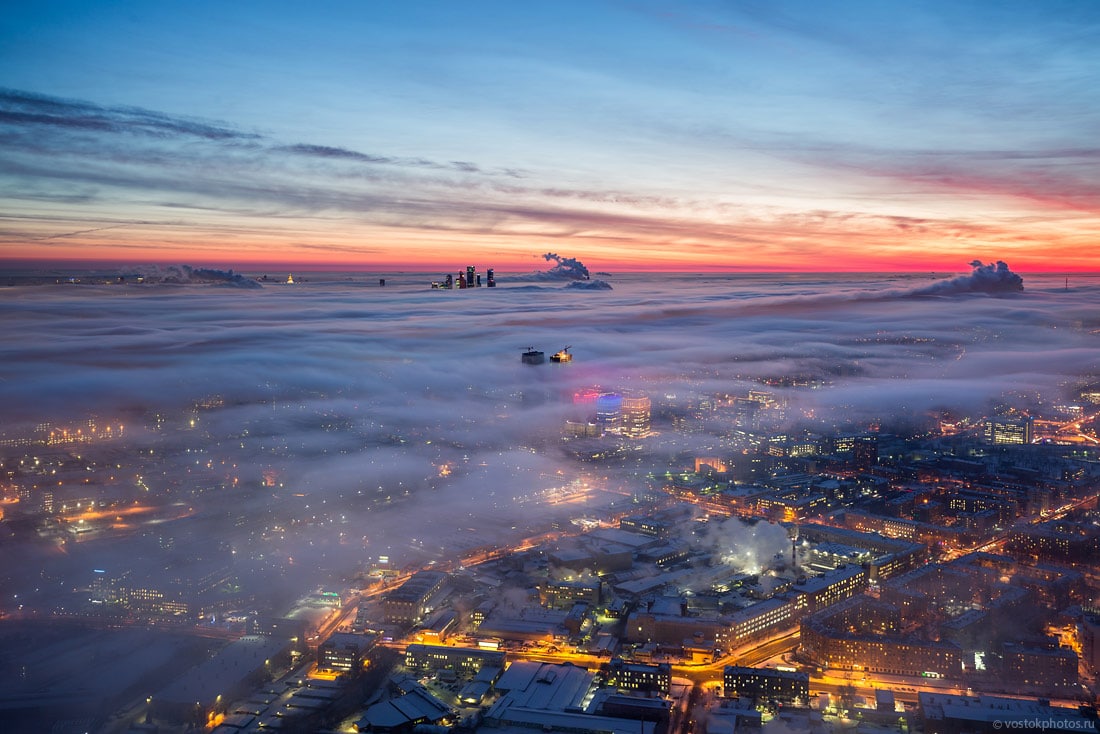 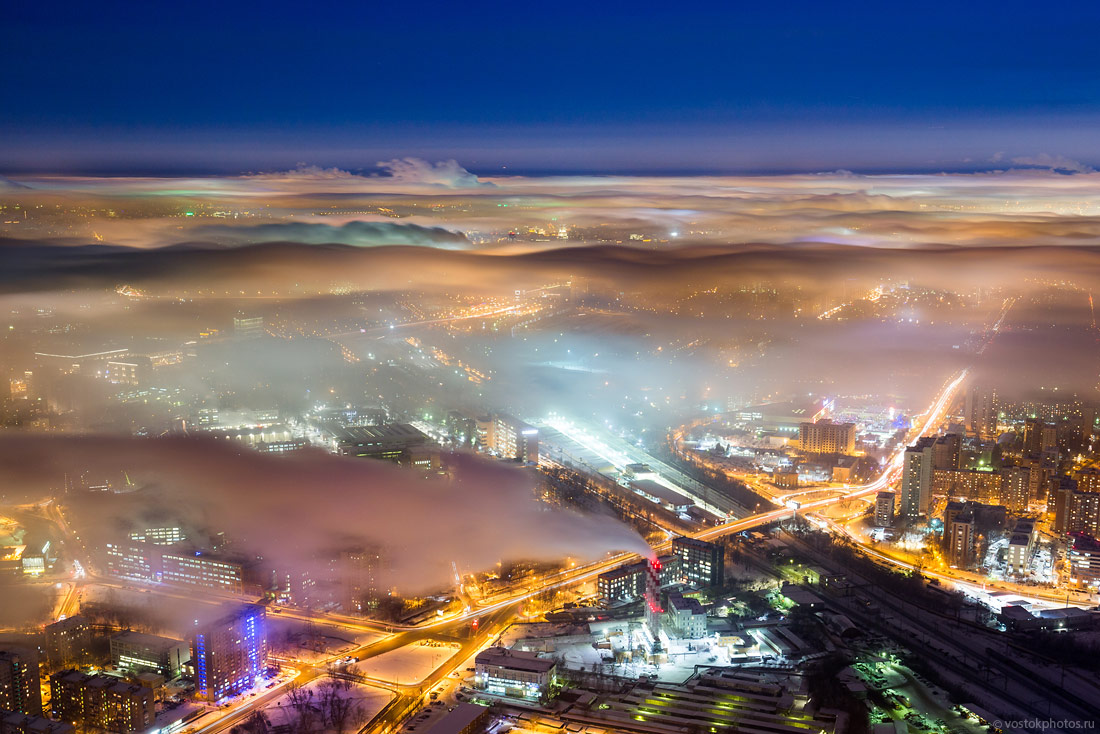 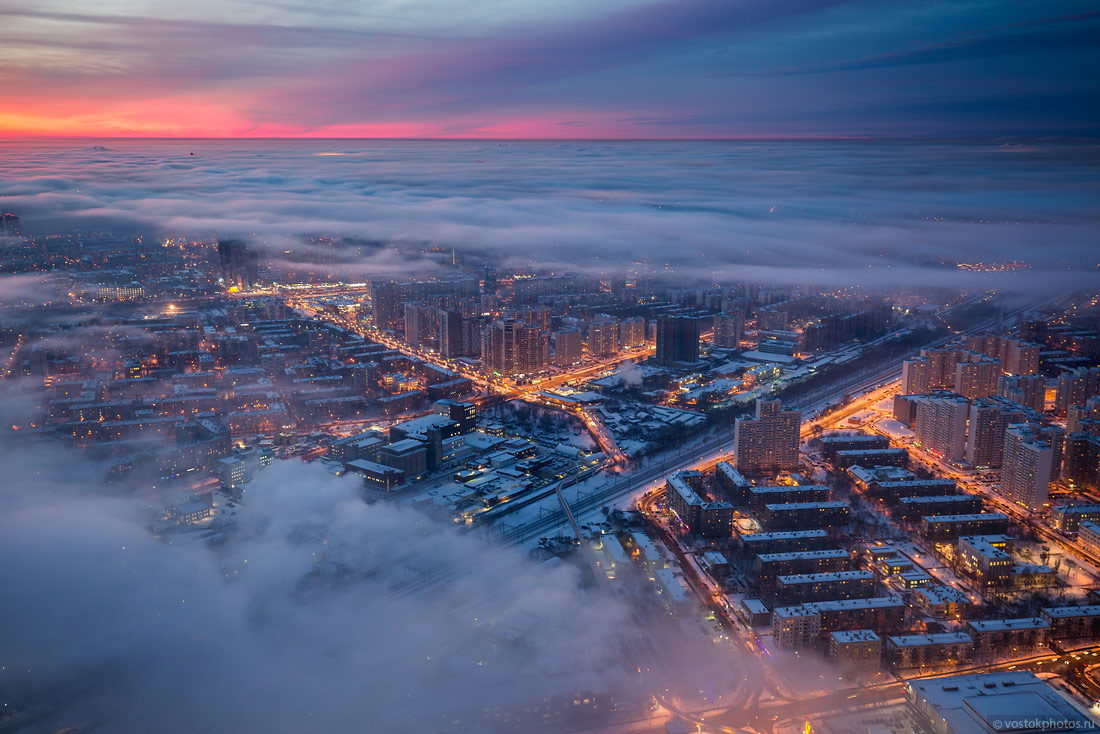 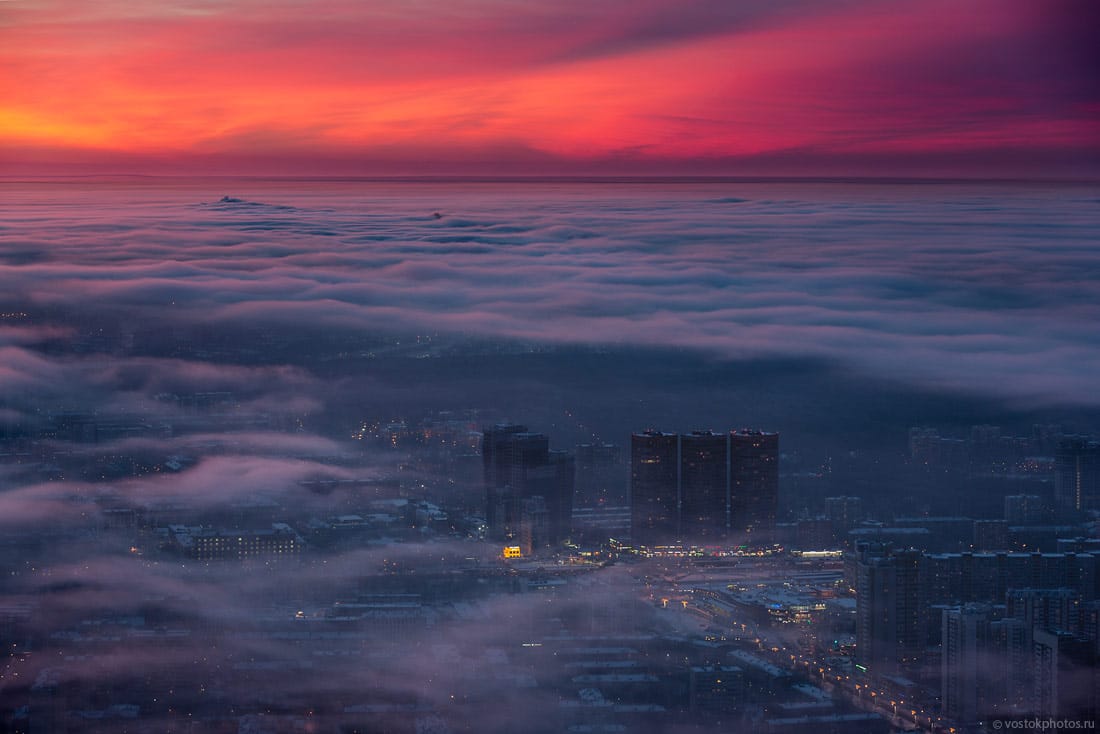 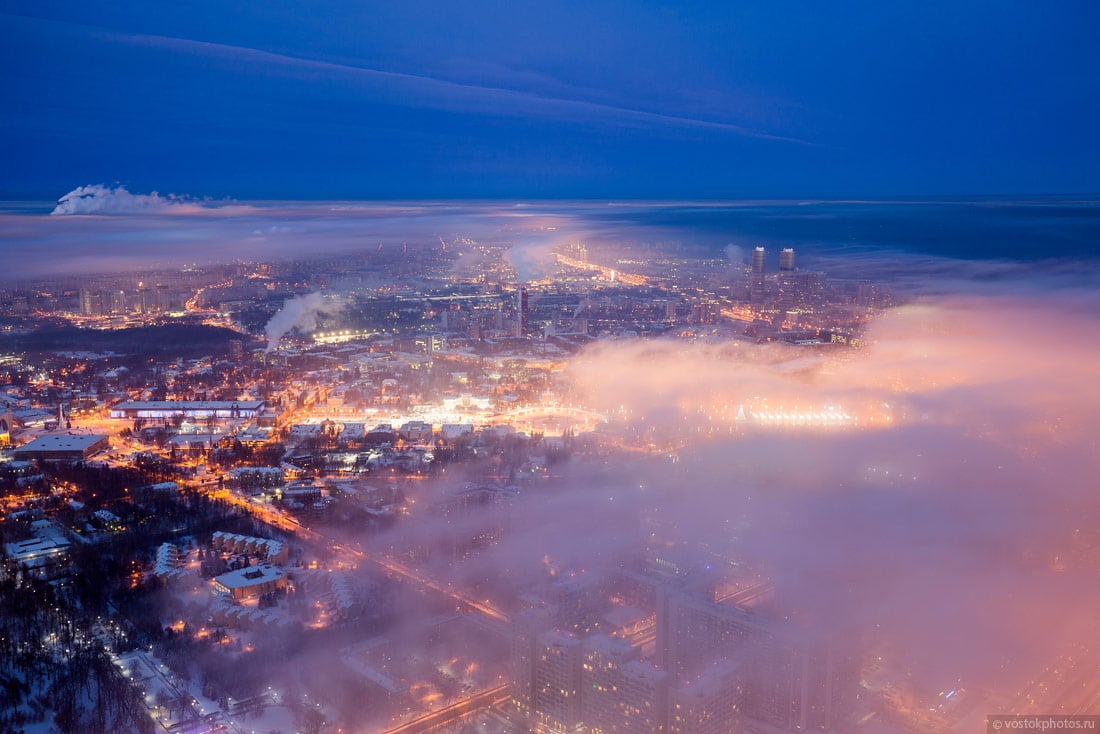 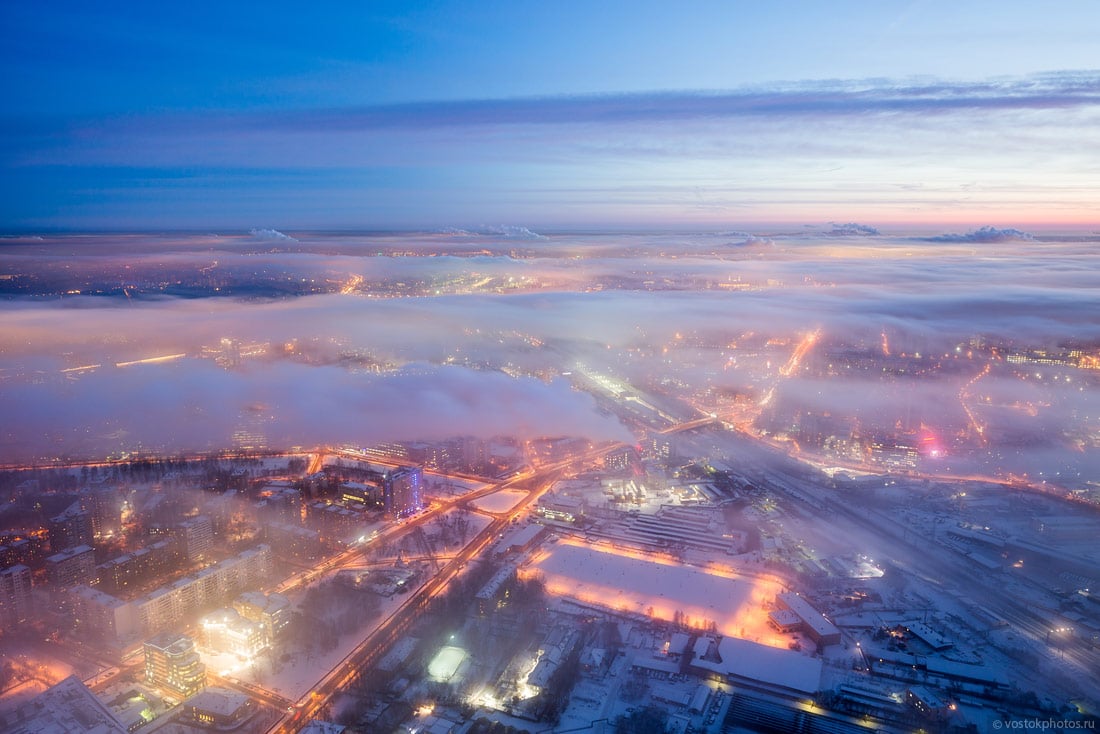 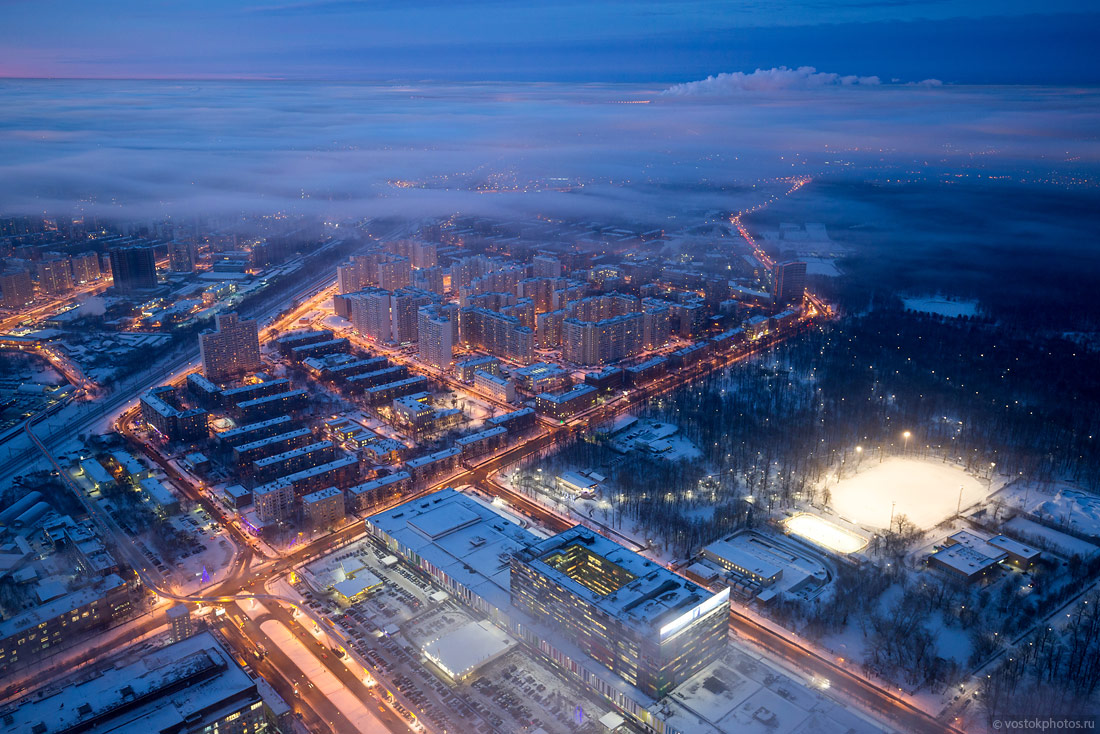 To Chistoprudov, the striking shots are worth the icy climb to the observation deck! 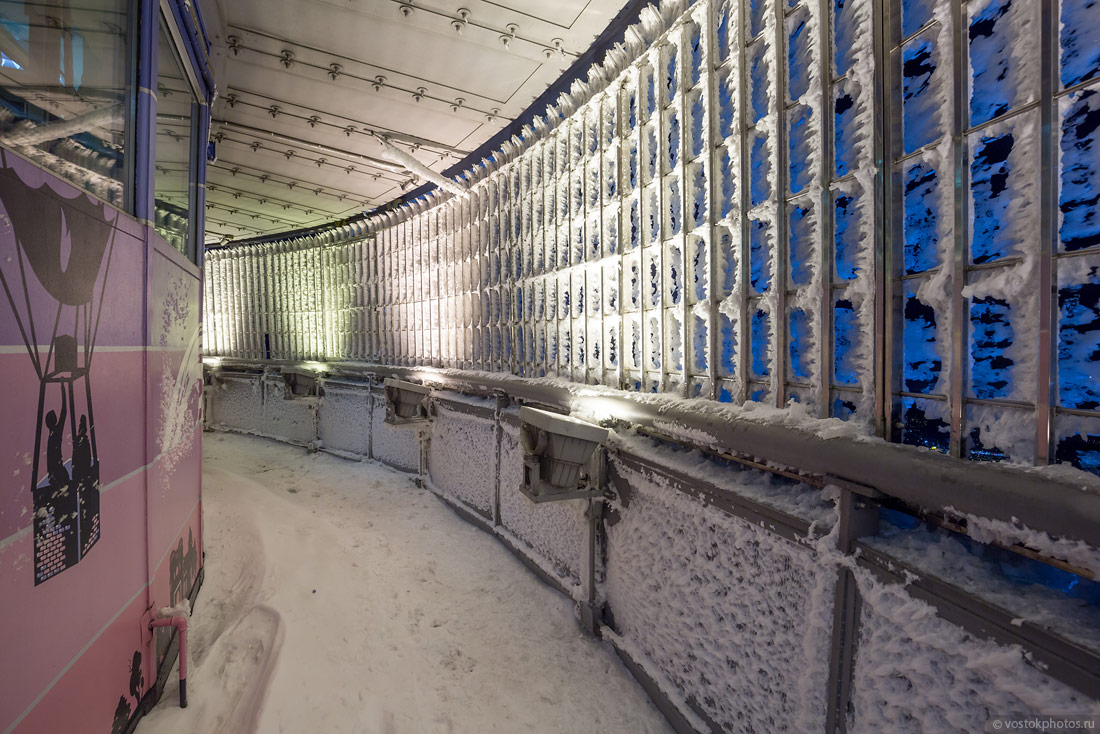 My Modern Met granted permission to use photos by Dmitry Chistoprudov.

The post Moscow Appears to Ethereally Float Above the Clouds During Winter appeared first on My Modern Met.