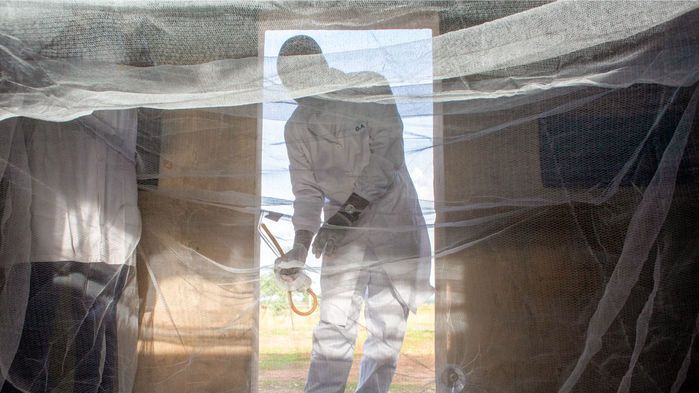 In the 1980s, the humble village of Soumousso in Burkina Faso, West Africa, helped battle malaria through an ingenious method: insecticide-treated bed nets. Unfortunately, the mosquitoes developed resistance to widely used insecticides, and the bed nets became less effective. Now, researchers have been testing a new countermeasure for mosquitoes — a genetically modified fungus that can kill these malaria-carrying insects.

In tests in a 600-square-meter structure in Soumousso called the MosquitoSphere—built like greenhouse but with mosquito netting instead of glass—the fungus eliminated 99% of the mosquitoes within a month, scientists report in this issue of Science.

“To be able to clear insecticide-resistant mosquitoes to this level is amazing,” says entomologist Marit Farenhorst of In2Care, a mosquito control company in Wageningen, the Netherlands. But Farenhorst, who was not involved in the study, emphasizes that the fungus is a long way from real-world use.

Still, this could be a potential weapon that can be used to fight against one of the world’s deadly diseases.