Among the many etiquette rules guests are supposed to abide by during the wedding, not upstaging the bride is at the top of the list. It’s her time to shine, and nobody should be stealing the spotlight. But often, people do surprise the happy couple on what is known as one of the most awaited days of their lives, and not necessarily in a good way.

A chaotic incident with all the ingredients for a drama-tinged cocktail — toxic family members, tantrums, revenge, and red wine — is a perfect example of that. Although it’s an old tale posted on the ‘Just No MIL’ subreddit five years ago, it definitely sparks further conversation.

“This story is about my friend’s MIL, and her wedding. Strap in guys, this is a wild ride in which I did THE THING that got me banned from any of her family functions,” the bridesmaid Theloniou5 recounted about the big day, and you already know it’s gonna be good.

Turns out, the lady decided to do the one thing that’s a definite no-go — turn up to the occasion wearing a white wedding dress. As you can guess, the bride instantly burst into tears, and the user knew she had to take matters into her own hands. Below, you can read the full story featuring the over-the-top MIL, and then let us know in the comments how you would have reacted in this situation.

After a MIL attempted to upstage the bride by showing up in a white wedding dress, this bridesmaid felt she had no choice but to take matters into her own hands 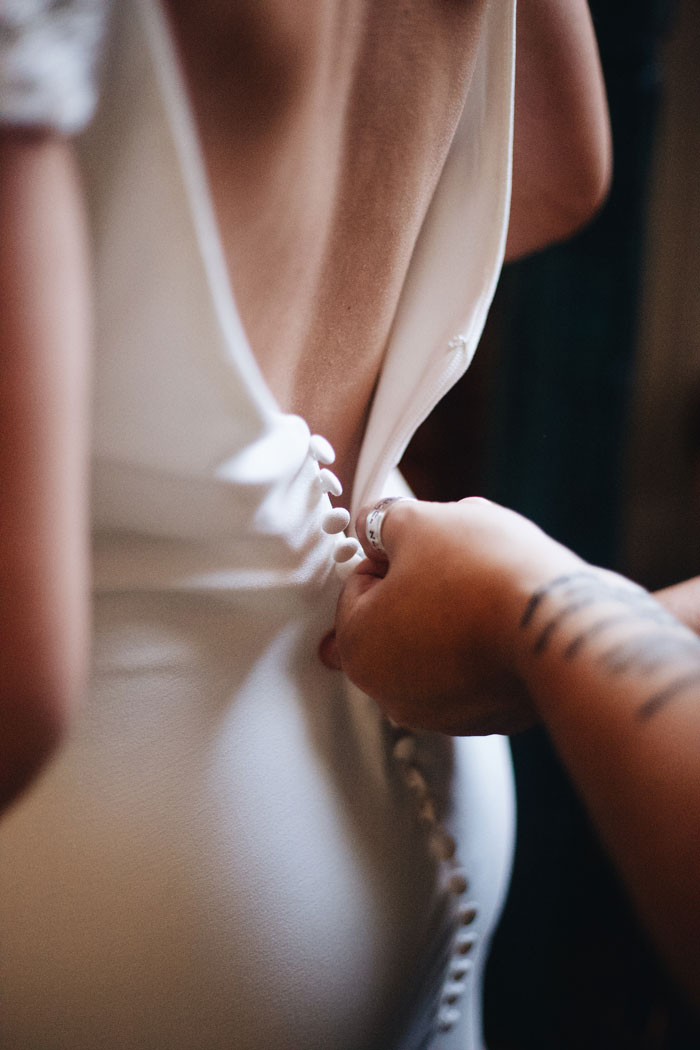 Here’s how everything went down, in the woman’s own words 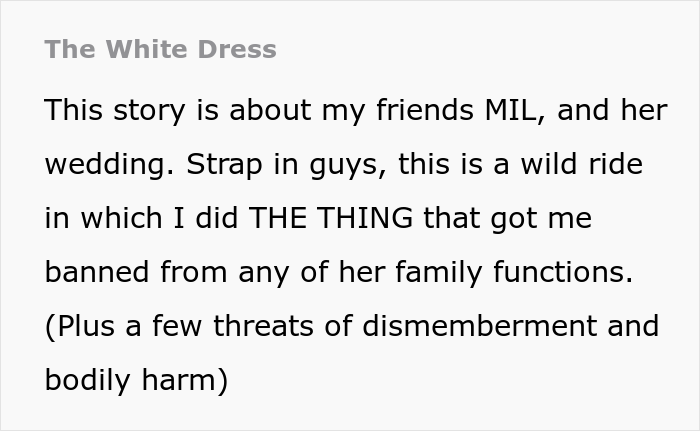 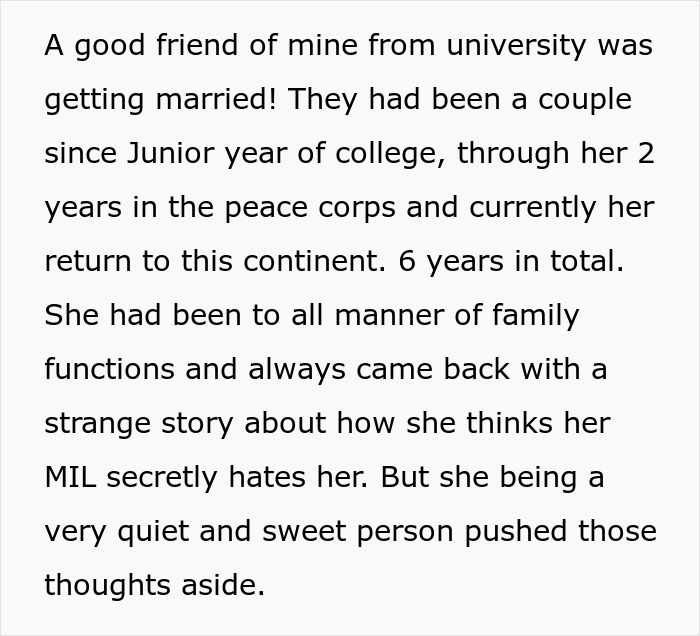 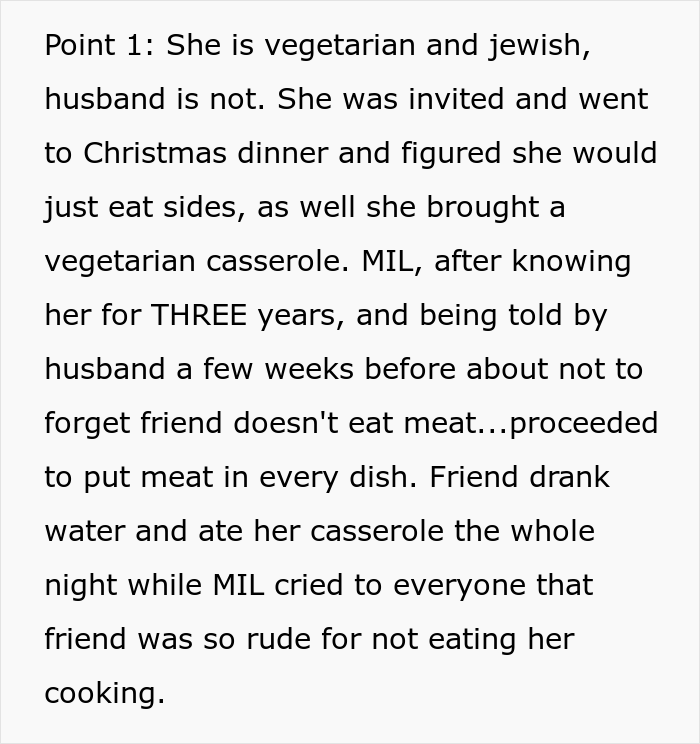 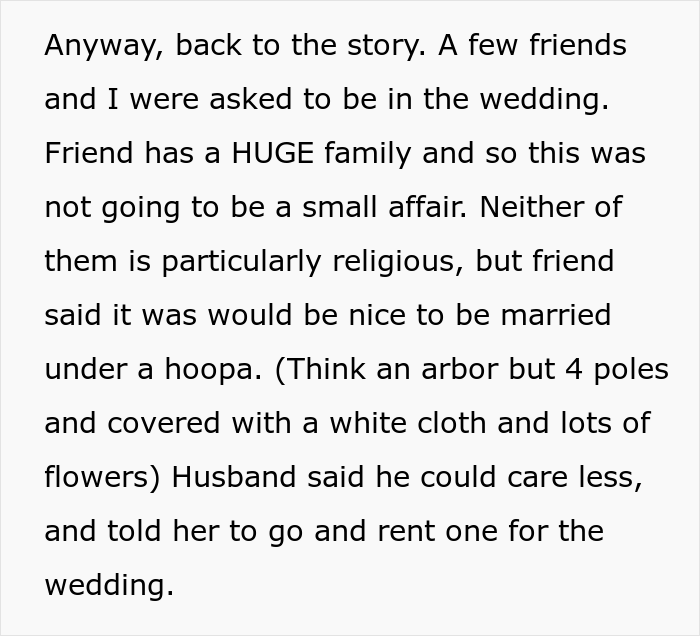 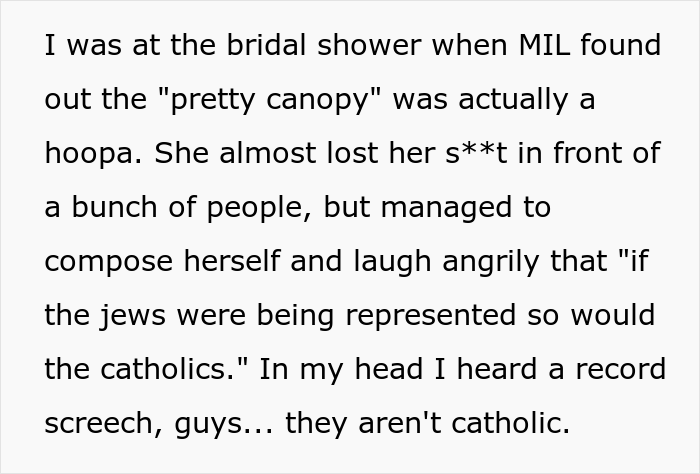 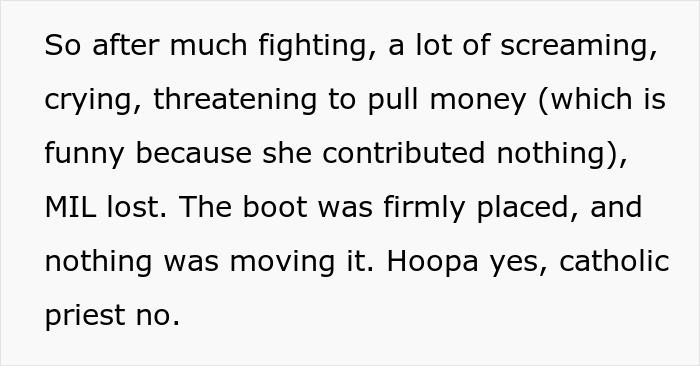 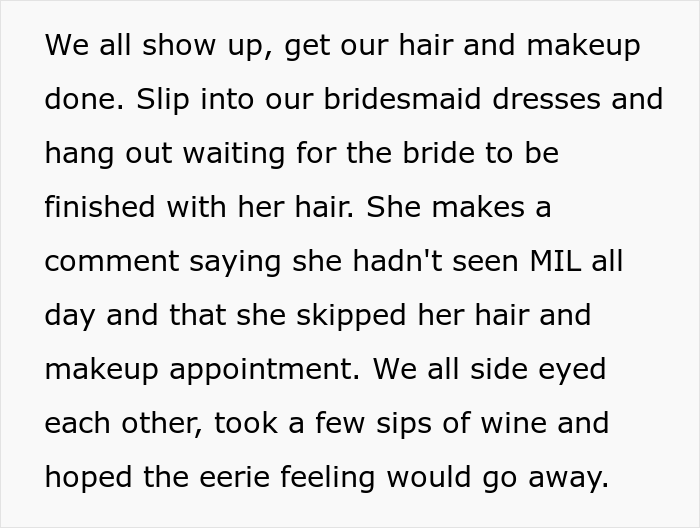 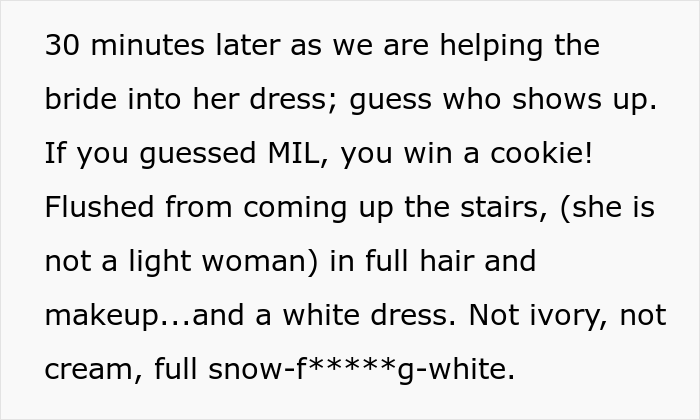 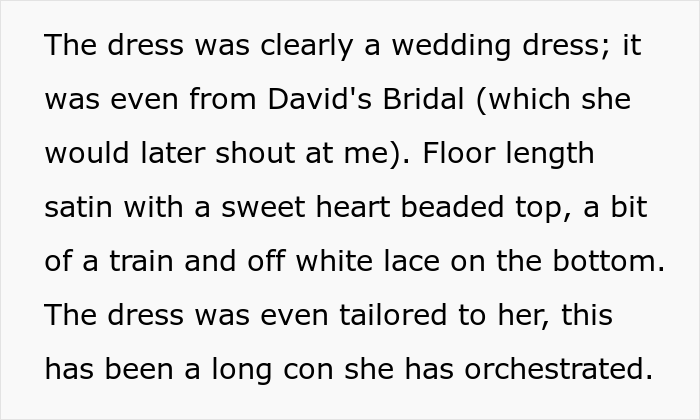 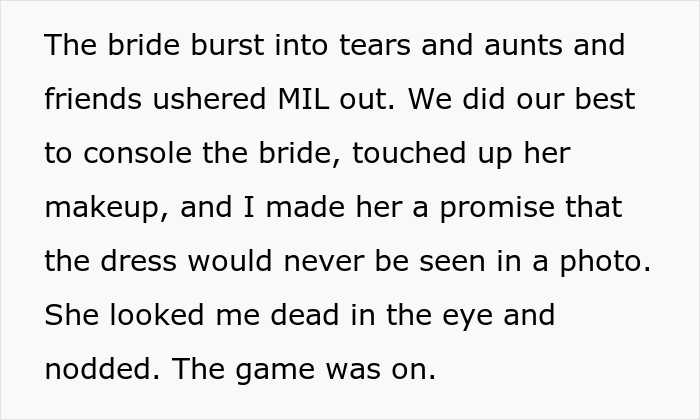 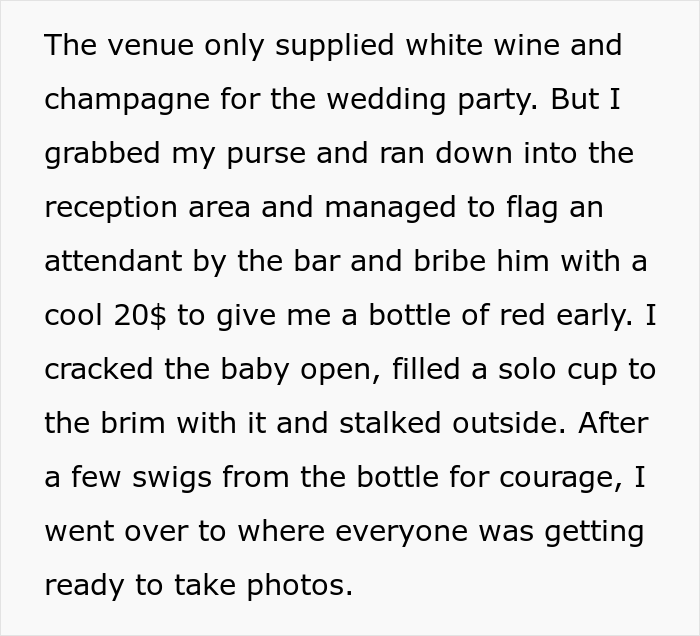 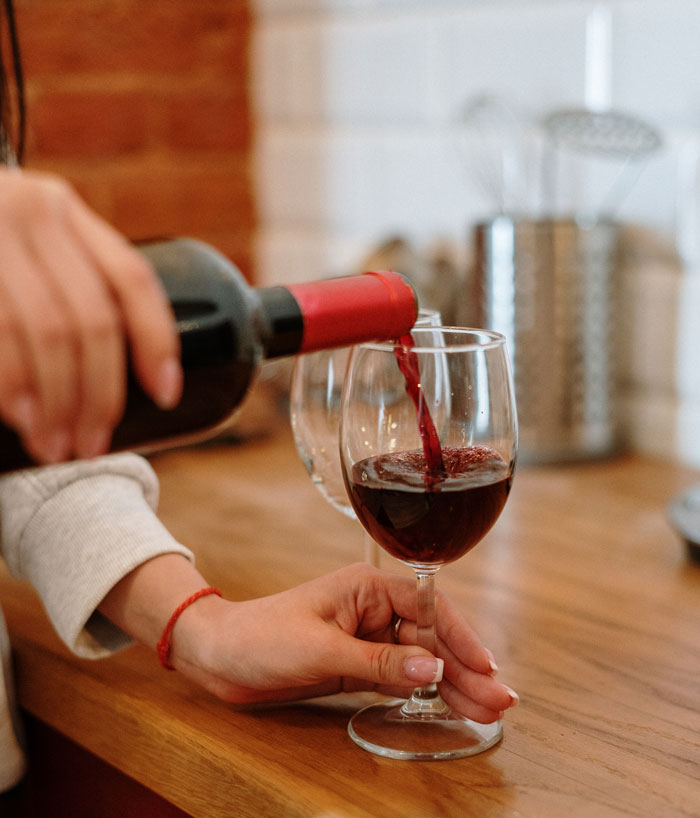 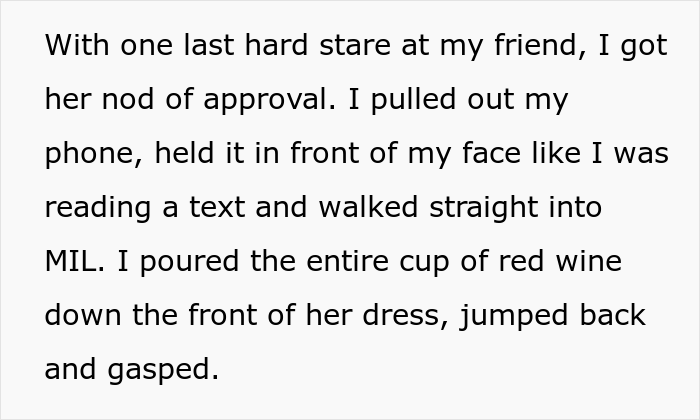 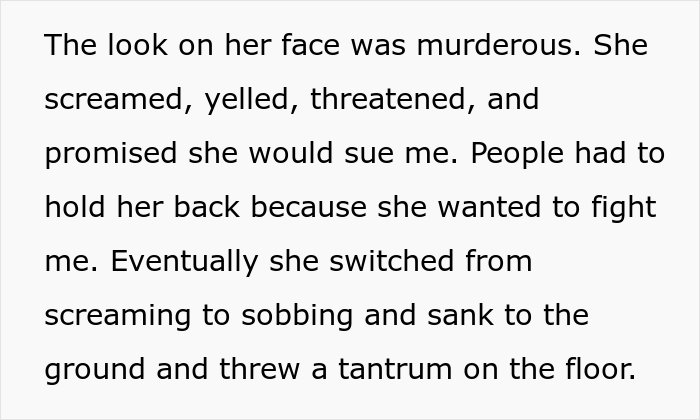 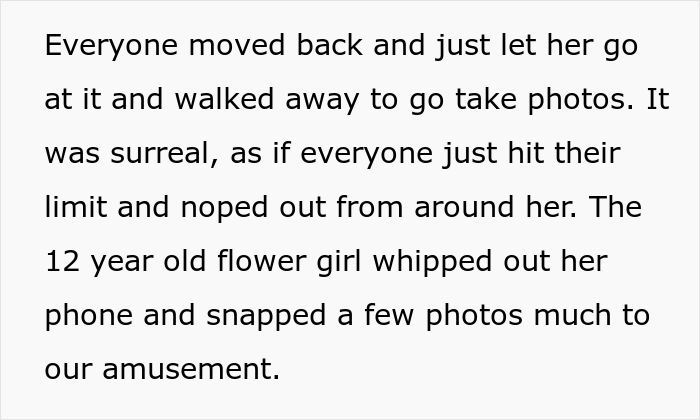 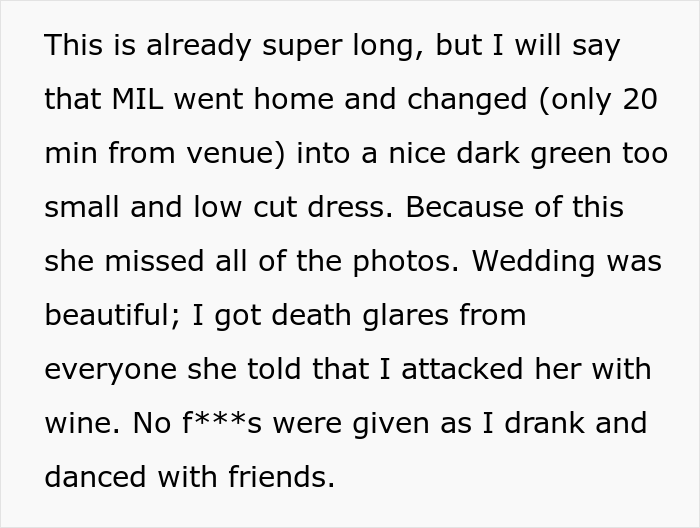 After reading this wild story, people jumped at the chance to share their reactions 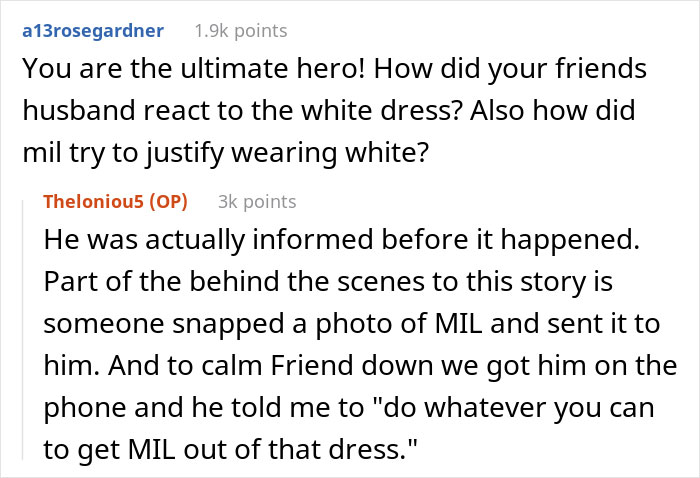 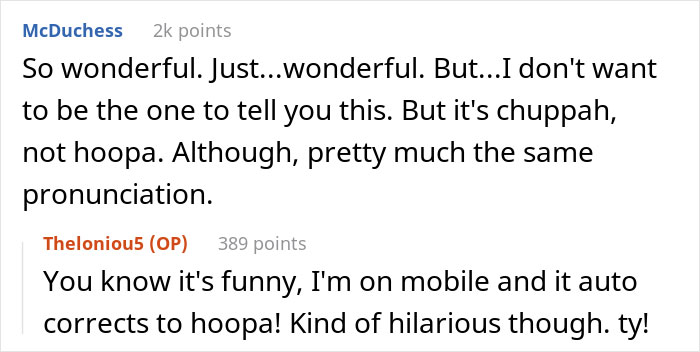 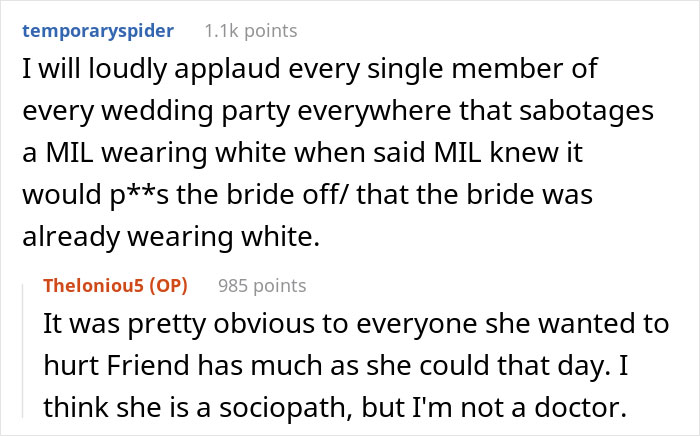 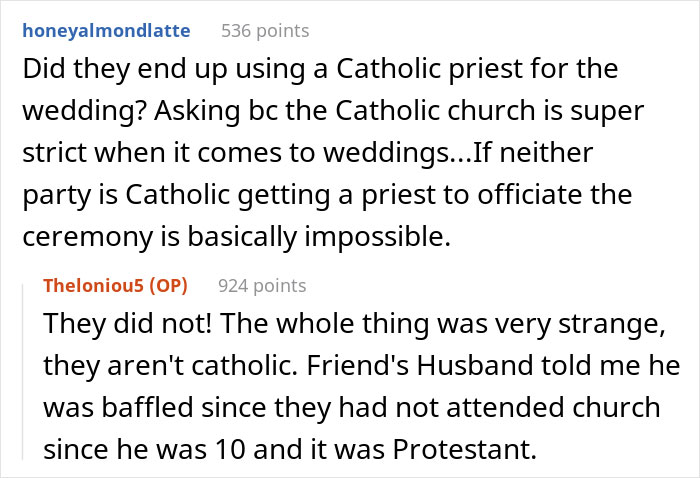 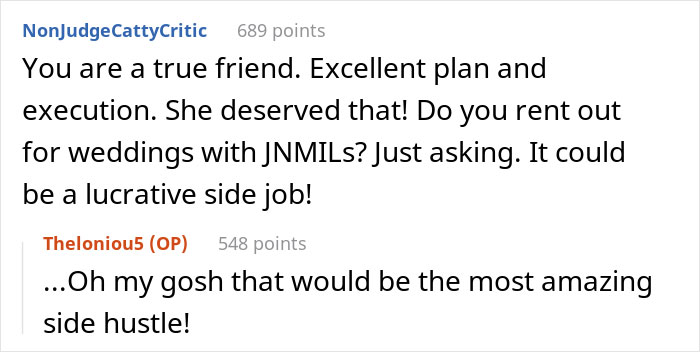 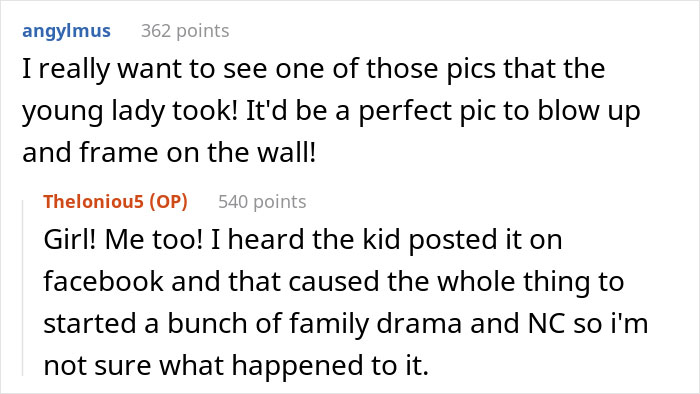 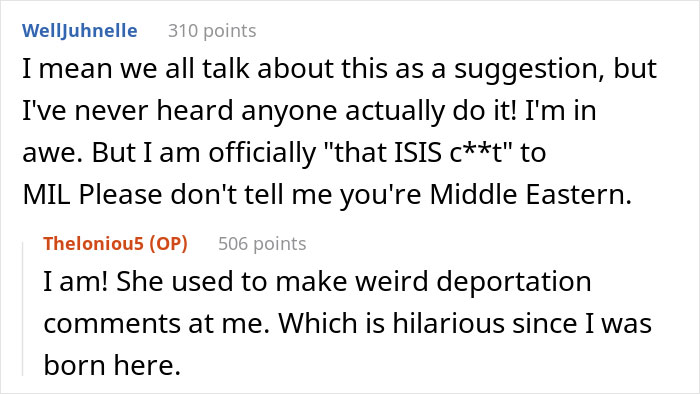 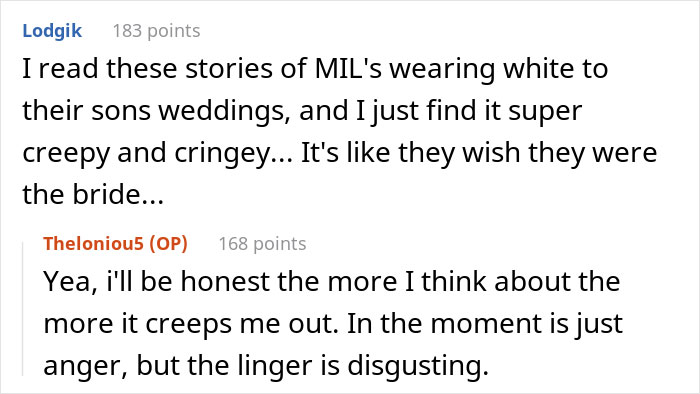 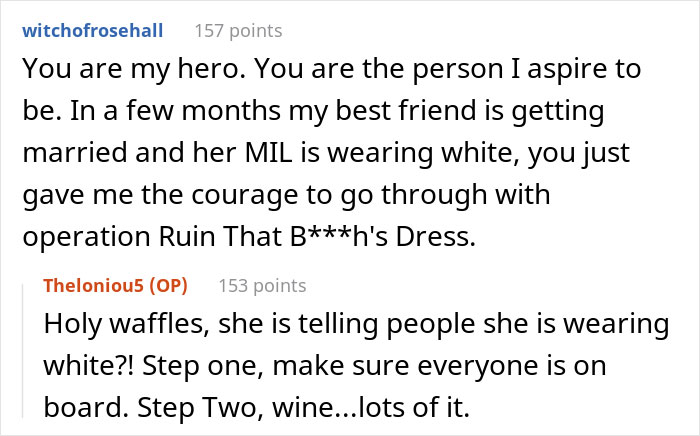 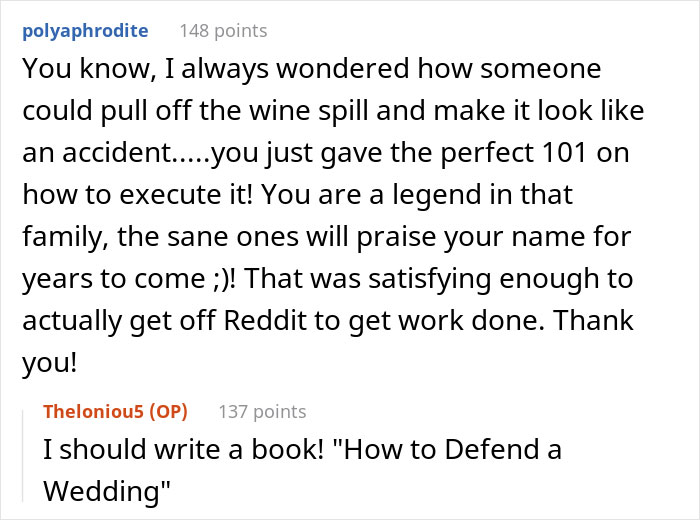 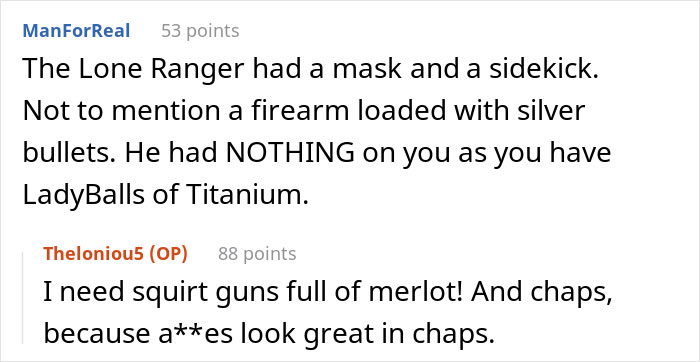 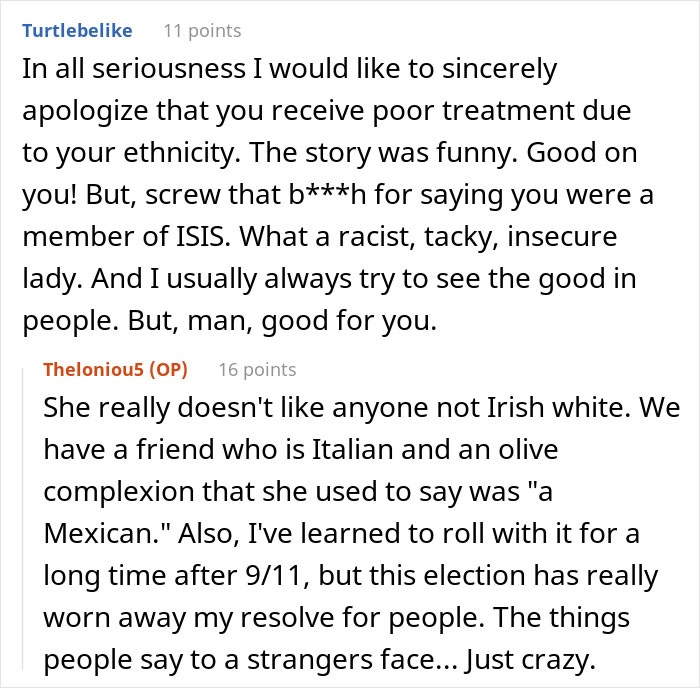 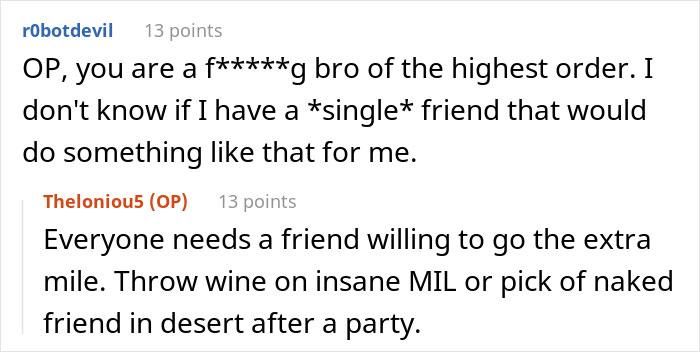 The post Mother-In-Law Wore A White Dress To This Woman’s Wedding, Her Friend Poured Red Wine All Over It first appeared on Bored Panda.