Volcanic eruptions can change the planet’s climate. During major eruptions, huge amount of volcanic ash are released into the upper atmosphere which form a veil-like covering preventing sun’s rays and heat from reaching earth. Additionally, volcanic gases like sulphur dioxide has a cooling effect, opposite to that of greenhouse gases like carbon dioxide.

When Mount Tambora erupted in 1815 on the island of Sumbawa in present-day Indonesia, it ejected an estimated 120 million tons of sulphur dioxide 40 kilometers into the sky. The sulfur dioxide turned into a fine aerosol of sulfuric acid, and within weeks, it enveloped much of the earth. The aerosol layer reflected the radiation from the sun back into space, producing a worldwide chilling effect. The following year was one of the coldest in recorded history. 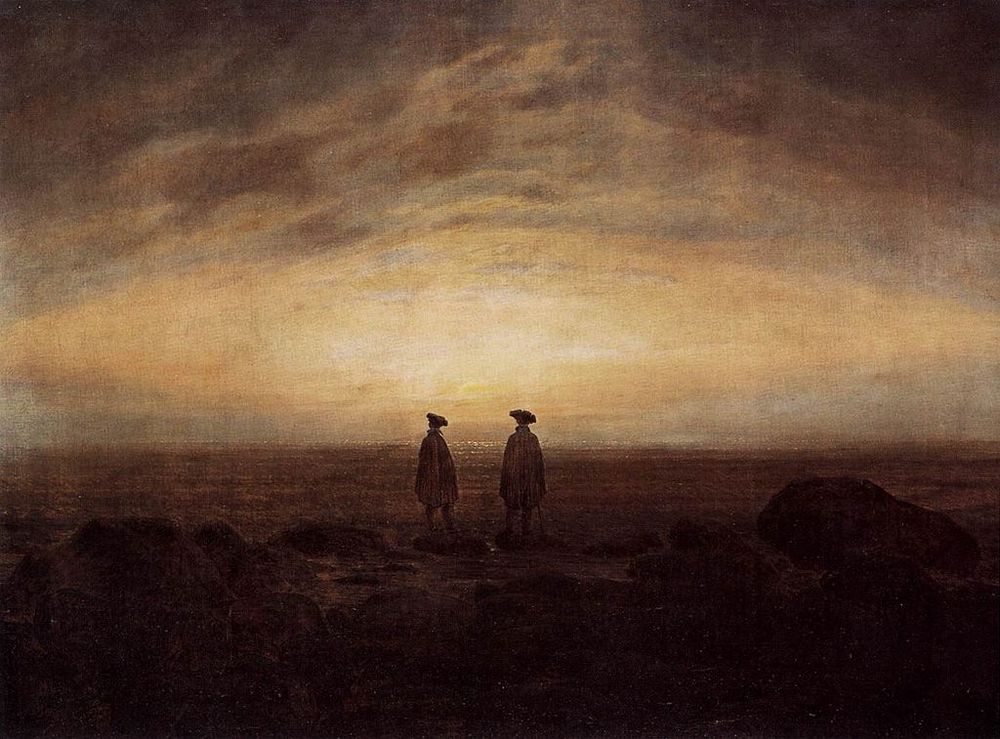 “Two Men by the Sea” (1817) by Caspar David Friedrich effectively captures the depressing mood following the eruption of Mount Tambora and the catastrophic global weather effects.