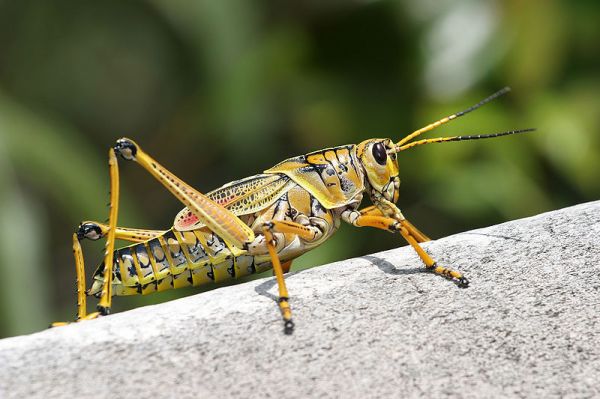 A mummified body buried near the Rio Grande between 1000 and 1400 years ago reveals not only a diagnosis, but his end-of-life care. A microscopic-level study of his digestive tract revealed the cause of death. The man suffered from Chagas disease, a parasite-born condition that led to a fatal case of constipation. With no cure available, his people went to great lengths to care for him.

For the last two to three months of his life in the Lower Pecos Canyonlands of modern-day Texas, the man starved. The final meals he did consume seemed to consist entirely of a food that his people rarely relied on for sustenance: grasshoppers. First, though, his family or community took care to pluck the extraneous bits.

“They were taking off the legs,” said Karl Reinhard, professor in the School of Natural Resources at the University of Nebraska–Lincoln. “So they were giving him mostly the fluid-rich body—the squishable part of the grasshopper. In addition to being high in protein, it was pretty high in moisture. So it would have been easier for him to eat in the early stages of his megacolon experience.”

Reinhard studied two other cases of hospice care in North America from hundreds of years ago, revealing how community members would do the very best they could to feed an ailing loved one. -via Strange Company