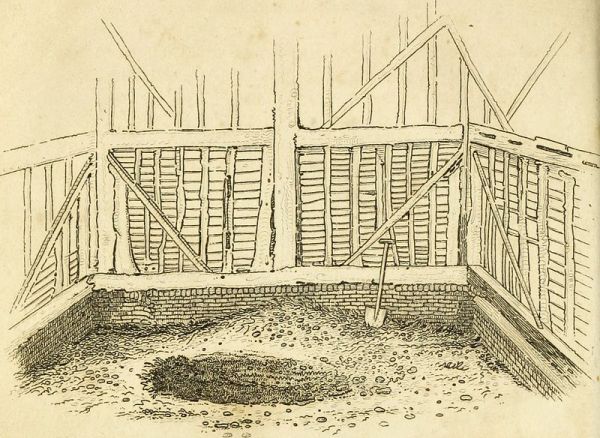 Ann Marten of Polstead, England, had a recurring dream about her stepdaughter, Maria. Maria had gone to Ipswich with her lover William Corder several months earlier. Thomas and Ann Marten hadn’t heard from her since, although Corder returned to his hometown of Polstead occasionally, and gave various excuses for Maria’s silence. Ann finally told Thomas about the dream.

“I have very frequently dreamed about Maria,” Ann said, “and twice before Christmas, I dreamed that Maria was murdered, and buried in the Red Barn.” She would have told him sooner, Ann explained, but was afraid he’d think she was superstitious.

The Red Barn was a prominent landmark in Polstead, a quaint corner of England’s Suffolk County countryside. Named for a unique red brick roof, the building on Barnfield Hill was the last known meeting place between Maria Marten and her lover, William Corder. The pair had used the barn as a rendezvous point before apparently eloping to Ipswich on May 18, 1827.

Ann asked Thomas to go check out the barn. You can guess what happened when he did. What followed was a sensational trial that drew thousands of people to Polstead. Read about Maria Marten, Corder’s trial, and the aftermath at Mental Floss.

Re-Purpose Your Christmas Tree as a Valentine's Day Tree

A Letter to President Macron: Reparations Before Restitution

Floating Worlds Drift By in Murals by Cinta Vidal

Chainsaws Were Invented to Help with Childbirth