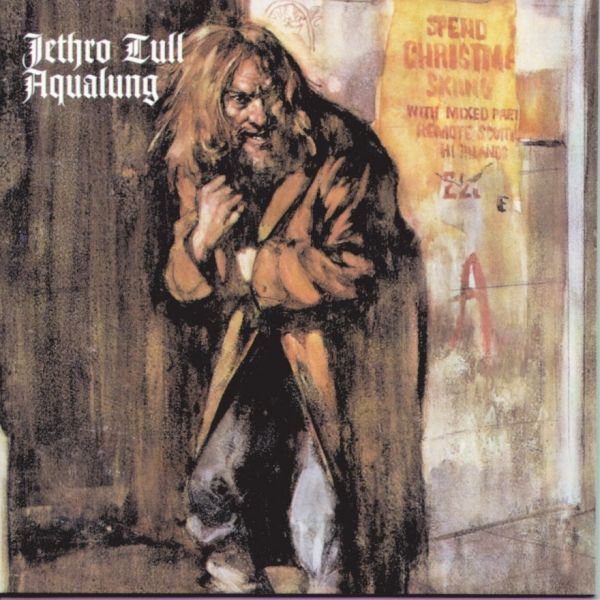 Burton Silverman is an acclaimed painter known for his portraits of working class people. At age 89, he has many years of teaching art and quite a few exhibits on this resume.

And yet, for all the artwork he’s created, the accolades and awards, it bothers him, in a way he can’t really express and may not want to recognize, that one of the first lines in his obituary will mention a “throwaway gig,” from the winter of 1970: the artwork for Jethro Tull’s best-known and best-selling album, Aqualung.

Seven million copies of Aqualung have been sold over the last five-odd decades and the cover has become one of the most recognizable in rock and roll history, migrating from vinyl albums to cassettes, CDs, and iTunes art, plus an unending supply of Aqualung-embossed merchandise. But dad’s earnings had a hard cap. In 1971, Terry Ellis, the co-founder of Chrysalis Records, paid him a flat $1,500 fee for the three paintings which would comprise the album’s artwork, consummating the deal with nothing more than a handshake. No written contractual agreement was drawn up, and, much to his eventual dismay, nor was any determination made about future use.

The art merchandizing business has changed since 1970, and Silverman’s lack of control over the images bothers him when he sees it emblazoned on coffee cups, calendars, and posters. Read the story of how the Aqualung artwork was created, who it portrays, and what happed in the 48 years since then in an article written by the artist’s son Robert Silverman. -via Digg

Rating My Dad Painted the Cover for <i>Aqualung</i>, and it’s Haunted Him Ever Since is 5.0 / 5 Votes: 2
Please wait...
Loading...
Related articles