A new entry to the famous ‘Am I the [Jerk]?’ subreddit has just gone viral, reminding everyone that we can’t choose our family. Or how greedy they are.

A woman with a now-deleted Reddit account was invited to her sister’s baby shower. Knowing that the expectant mother had a crib on her wishlist, she planned to give her the barely used one she already had.

Only her sister wouldn’t accept it. Turns out, she already had a design in mind and she wasn’t willing to settle for anything less.

After finding out that particular crib cost over $8,000, the ex-Redditor refused to spend so much money on a gift and was immediately uninvited from the event. 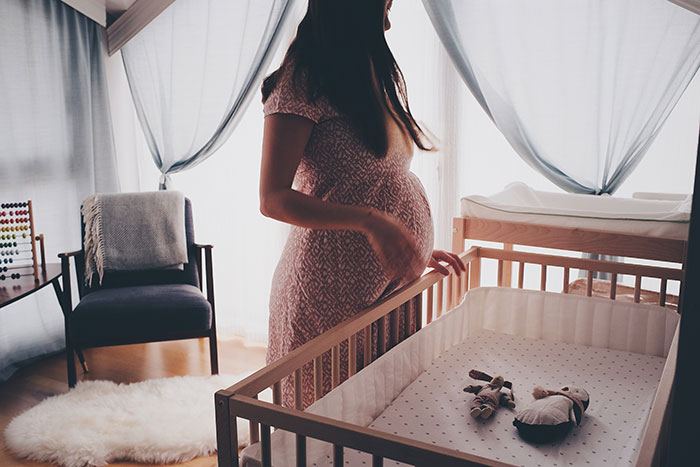 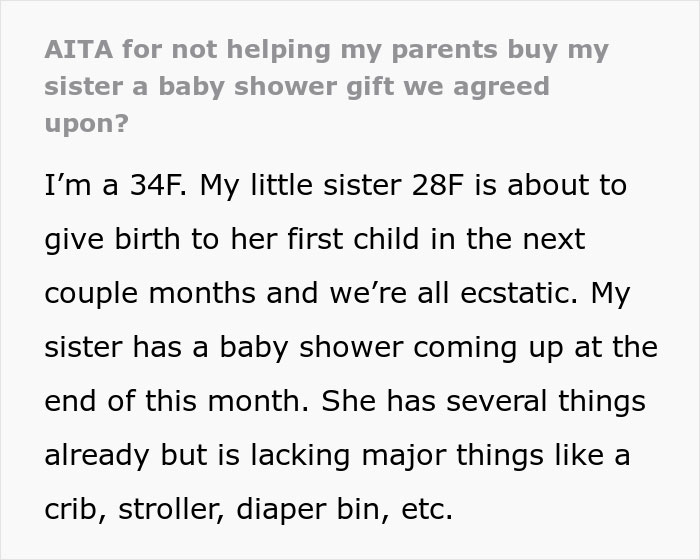 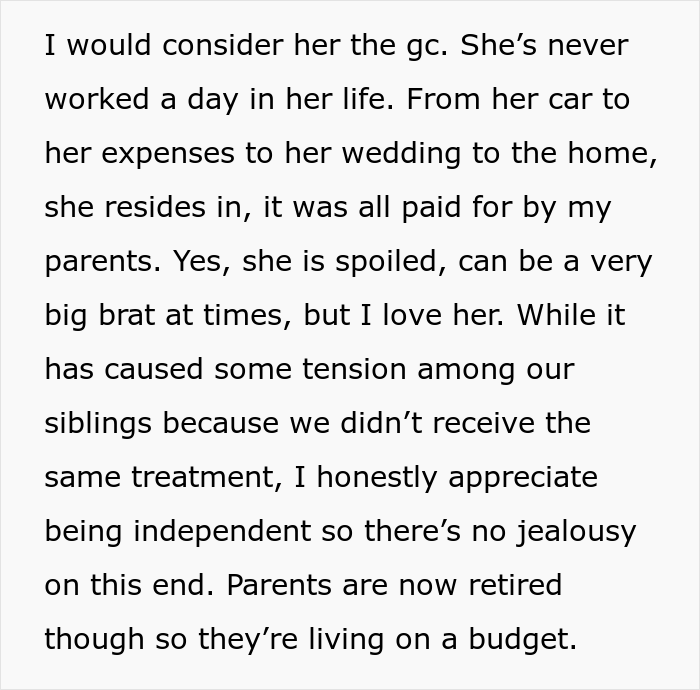 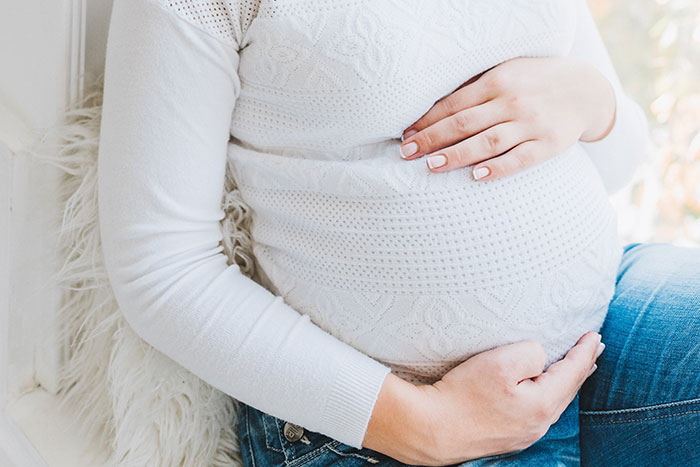 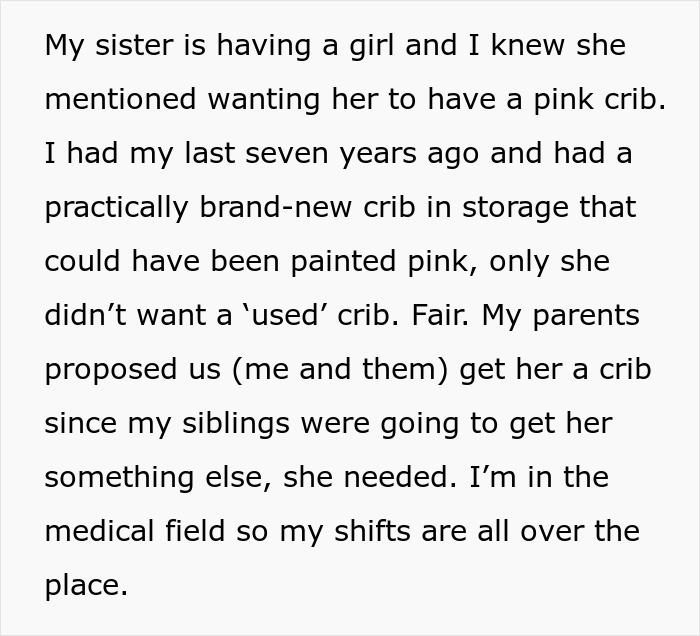 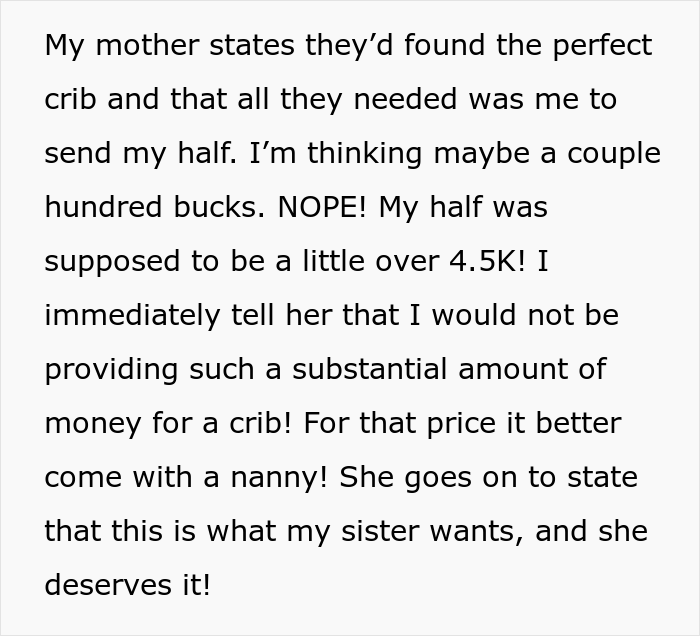 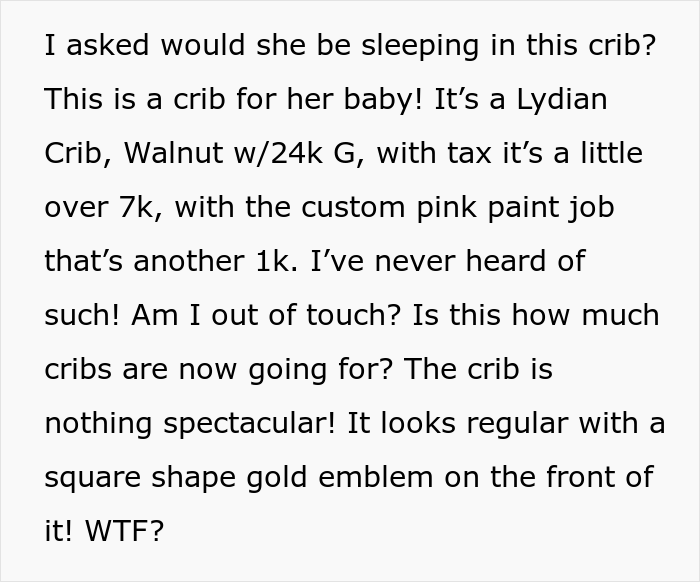 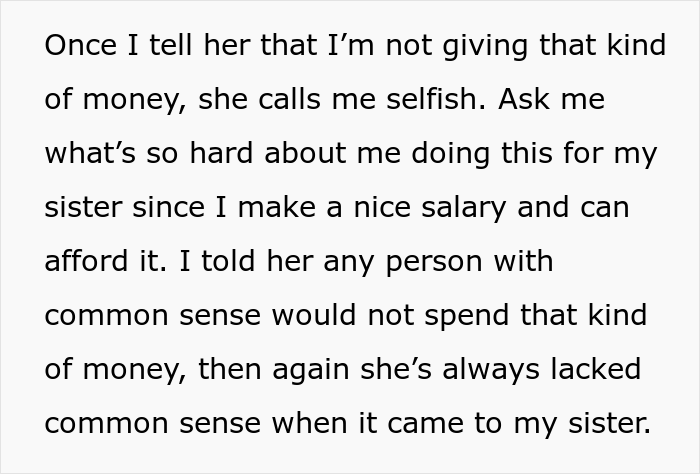 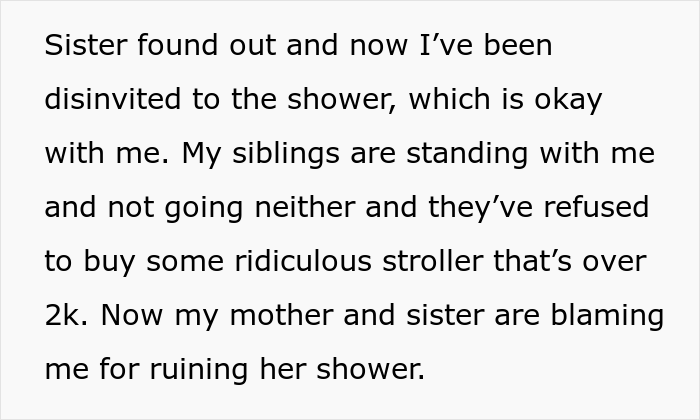 The etiquette of how much to spend on a baby shower gift is usually determined by numerous factors, including:

1. Your relationship with the person — the closer you are to the soon-to-be mom the more likely you are to spend on her;

2. How much do you feel comfortable giving — just because someone else says you should spend a certain amount doesn’t mean you have to;

3. How much you can afford to give — you simply shouldn’t put yourself in financial hardship buying baby shower presents.

Many parents agree a less expensive model of a crib or a used one works just fine. As long as it conforms to current safety standards, you can find plenty of options that suit your budget and nursery. A convertible crib that transforms into a toddler bed may tempt you into thinking you can save even more, but often you can buy both a crib and a toddler bed for less than an expensive model that converts. If new parents want to splurge on something, a good-quality mattress is probably a better choice.

People declared the author of the story was not the jerk 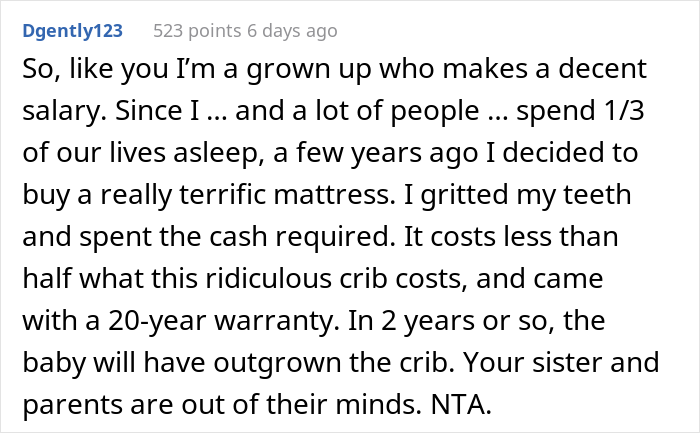 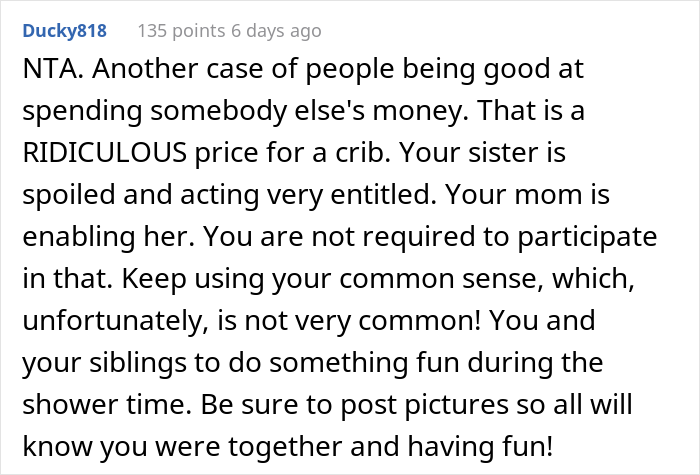 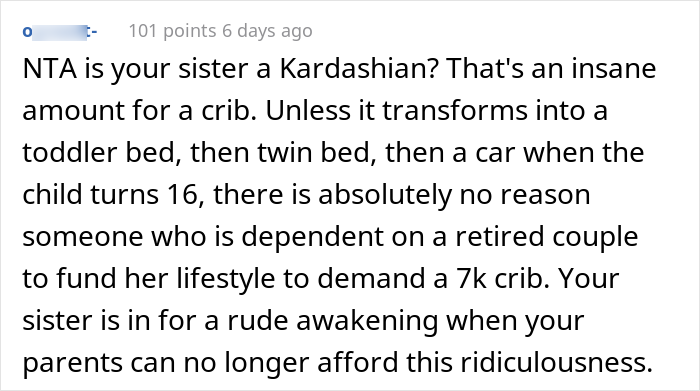 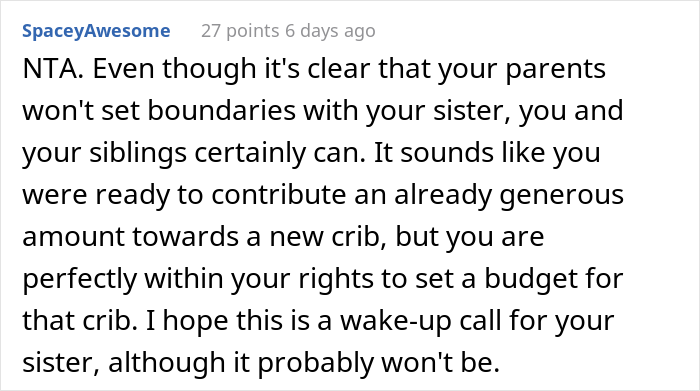 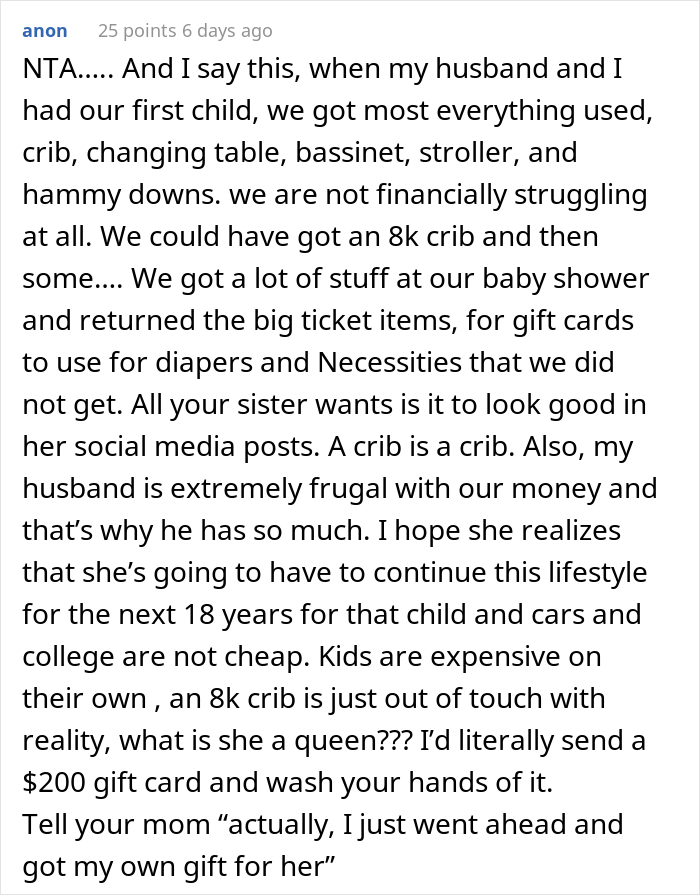 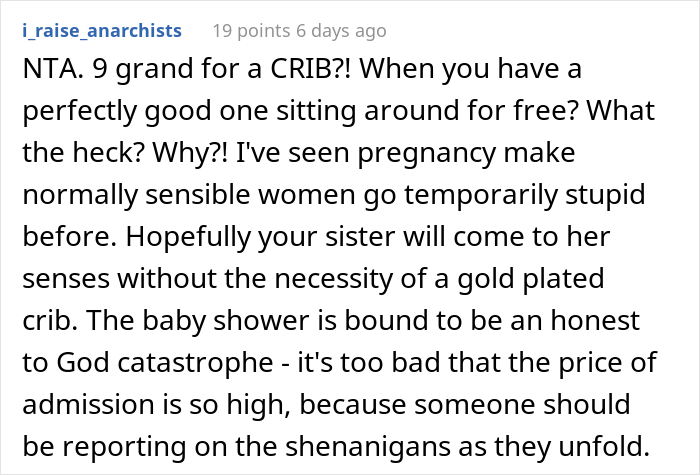 The post “My Half Was Supposed To Be A Little Over .5k”: Woman Flat Out Refuses To Chip In For Sister’s Baby’s Crib, Her Family Is Furious first appeared on Bored Panda.