One of the most heartbreaking things to affect your relationship is suspecting that your loved one might be cheating on you… or that they’ve done so in the past. And probably the worst part of it all is not knowing the truth.

One woman took to Reddit to share her suspicions after the incredibly strange way her husband behaved at dinner with her family. The OP’s sister announced that she was pregnant! However, the redditor’s husband was first speechless and then became violently sick. The entire situation made the woman incredibly worried about what might have potentially happened between the two of them.

You’ll find her anonymous post, as shared on the r/TrueOffMyChest subreddit, below. Scroll down for the full story, as well as how the internet reacted to it. Some people gave some relationship advice while others shared alternative theories about what might have happened.

After a woman announced that she was pregnant at a family dinner, her brother-in-law started behaving very bizarrely 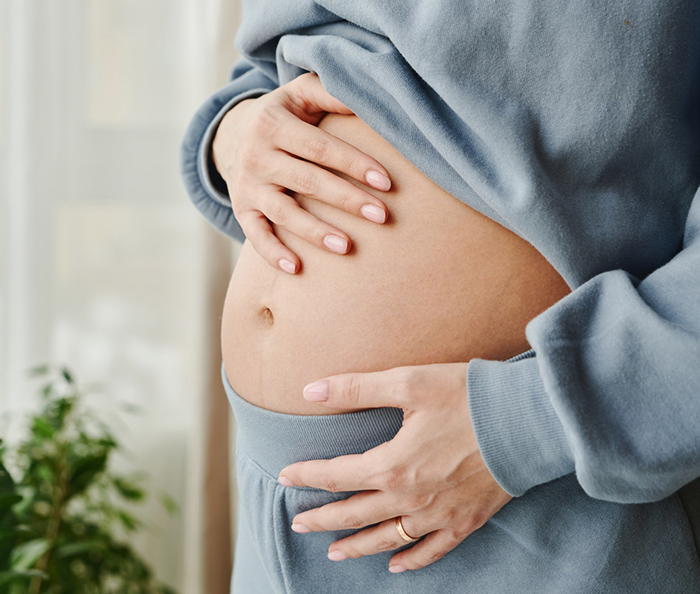 His wife explained exactly what happened 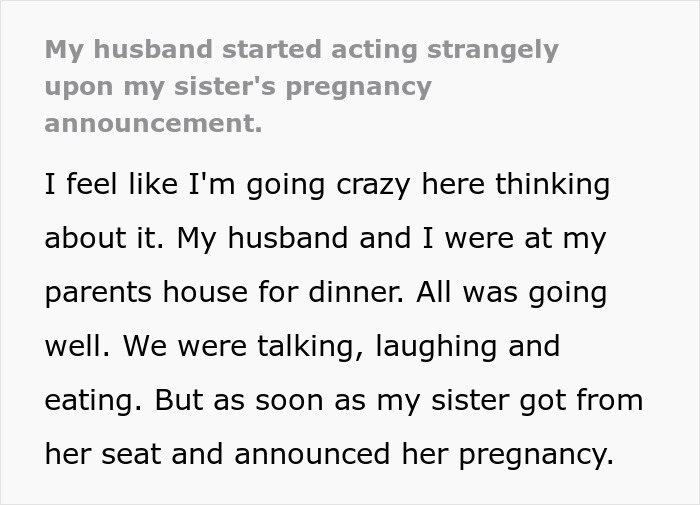 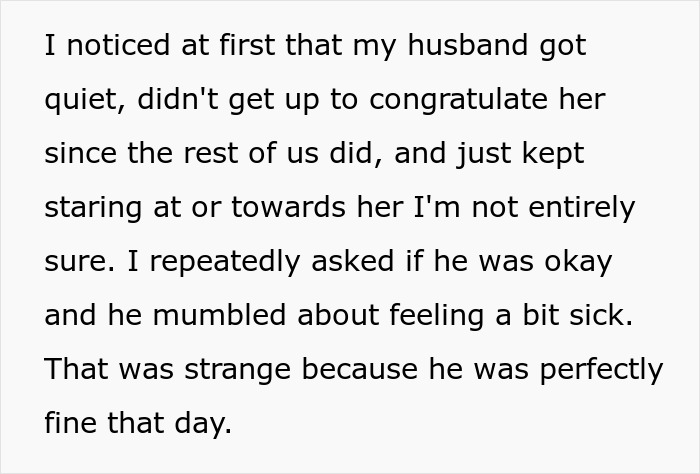 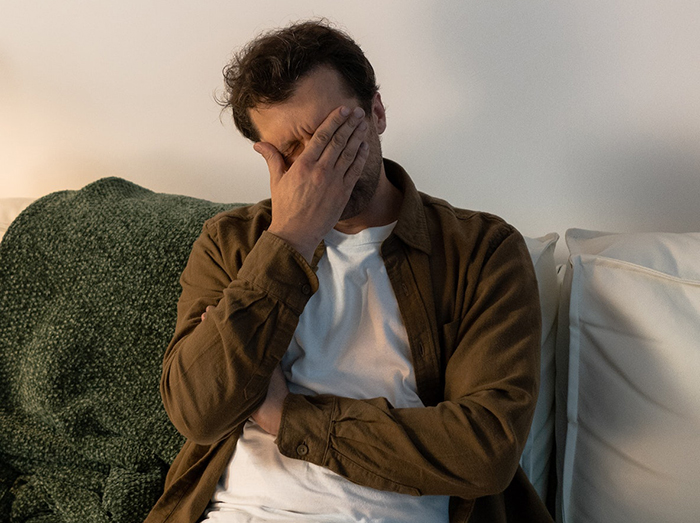 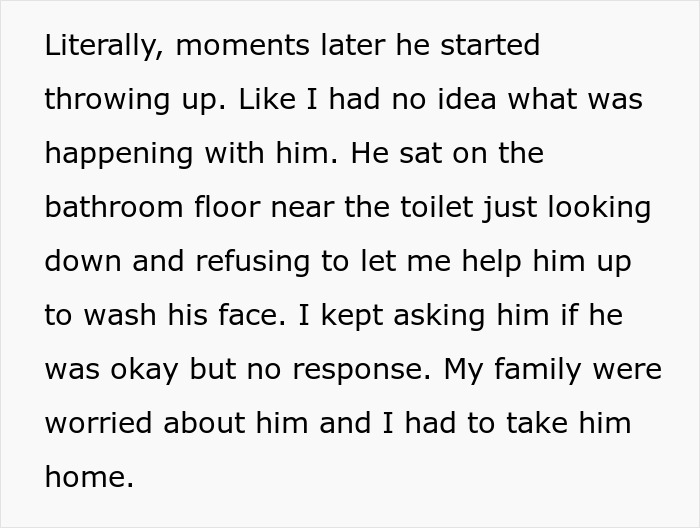 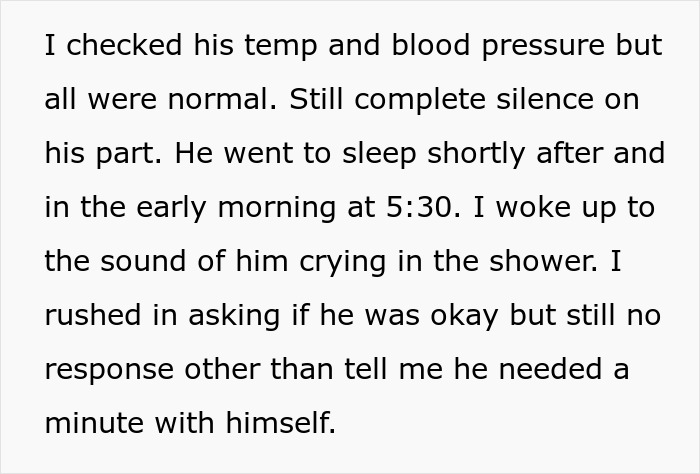 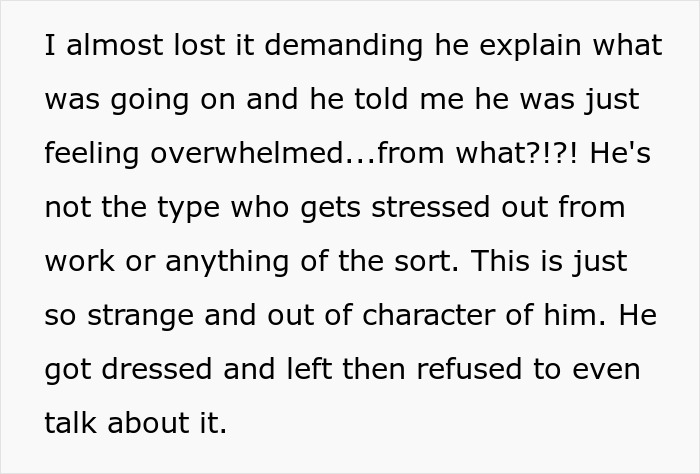 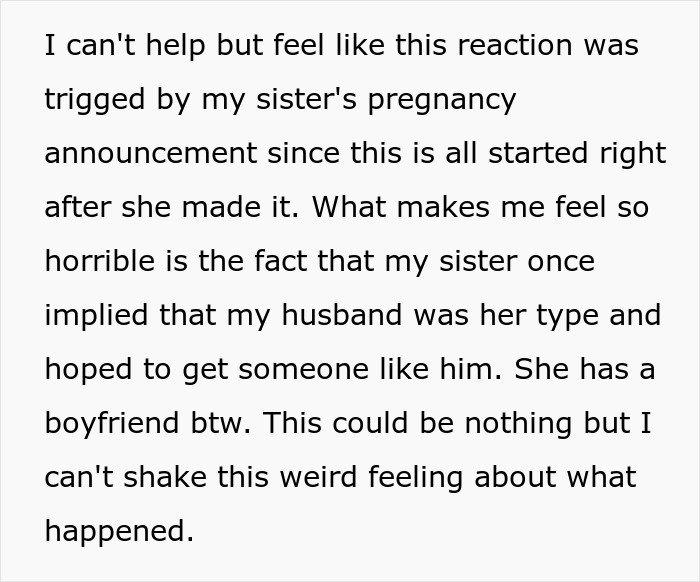 The OP explained how her husband behaved in detail. He didn’t get up to congratulate his sister-in-law during her pregnancy announcement. He threw up at dinner. He didn’t communicate much. He was crying in the shower. And he refused to talk to his wife about what was happening.

Another thought that didn’t give the redditor peace was that her sister had once implied that her husband was “her type and hoped to get someone like him.”

There are signs, both subtle and very overt, that your partner may be cheating on you. Generally speaking, you should be looking for sudden shifts in behavior and habits. According to Very Well Mind, changes in a couple’s sex life and communication can indicate that one partner is unfaithful.

Other signs include spending more time away from home, taking an increased interest in one’s appearance, avoiding one’s partner, and lying to them. Meanwhile, Robert Wells, Ph.D., notes on Psychology Today that one should trust their instincts: if their gut is telling them that their partner has been cheating on them, they might be right.

Another red flag to look out for is your partner suddenly becoming incredibly secretive about their phone or computer. They might add passwords where there were none before. And they might guard their tech from their partner’s eyes.

According to the Divorce Statistics webpage, men and women tend to cheat for different reasons. For women, it’s often about creating an emotional connection. For men, it’s usually about sex.

The author of the post responded to a few comments beneath her story. She shared a few more details 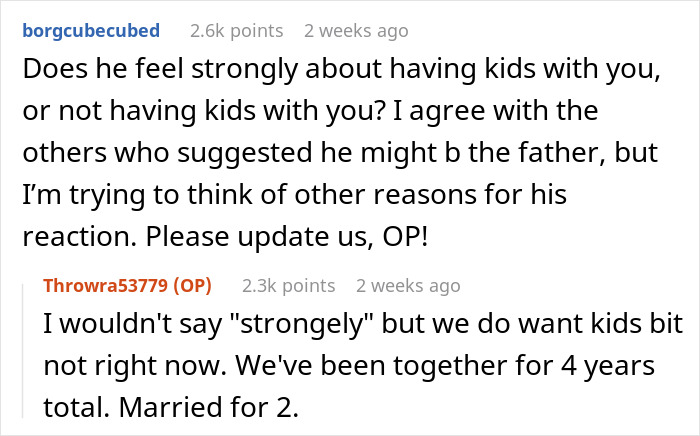 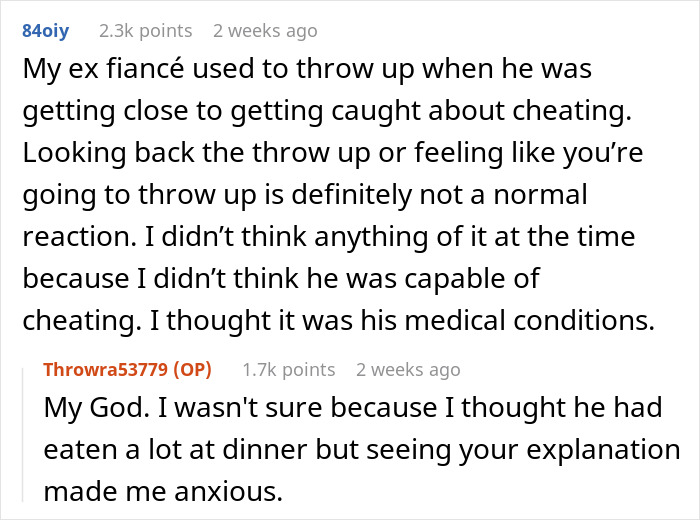 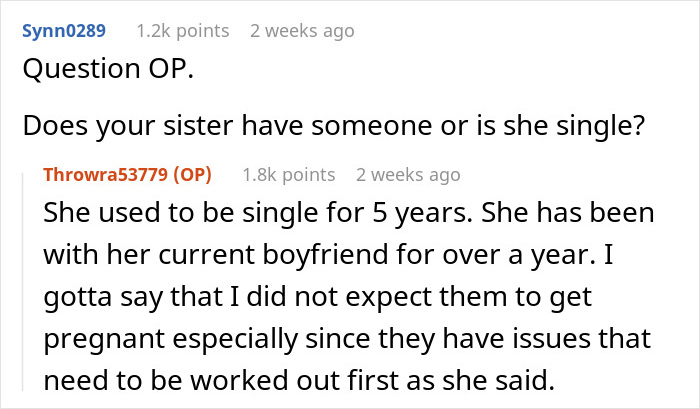 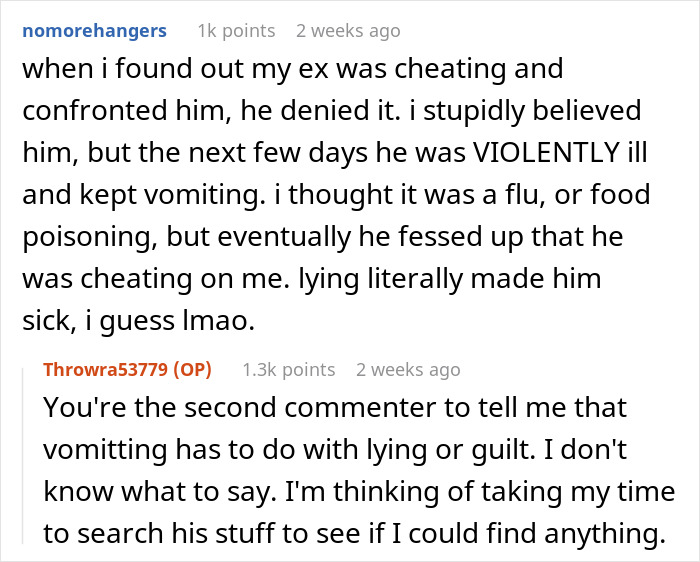 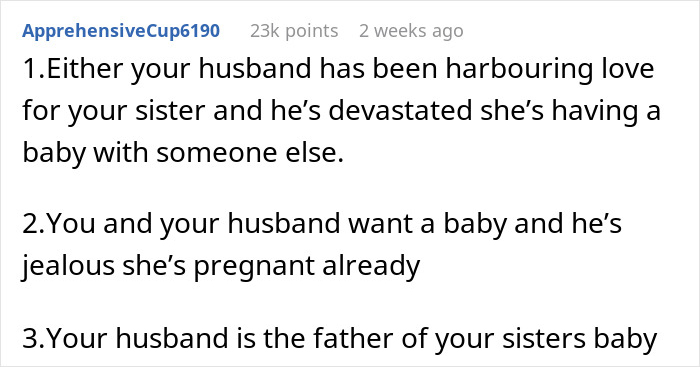 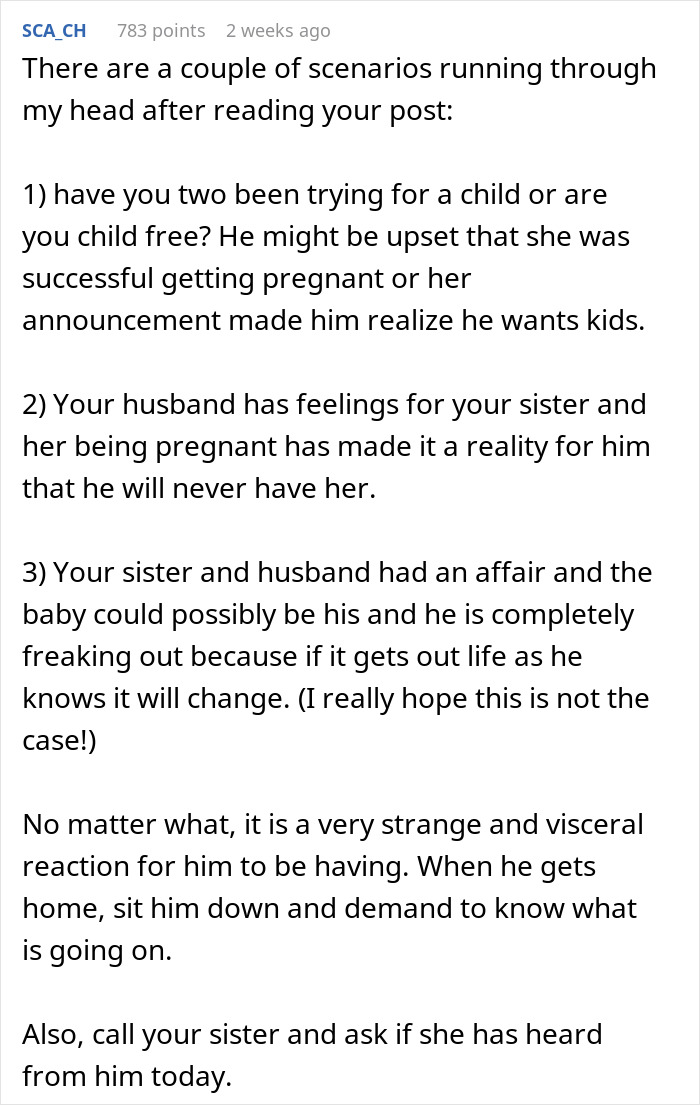 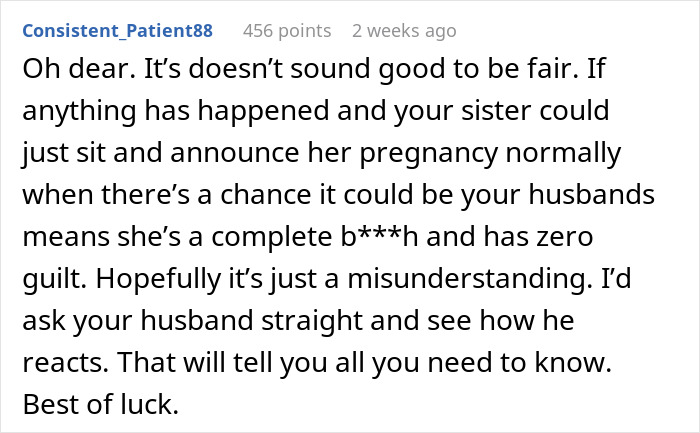 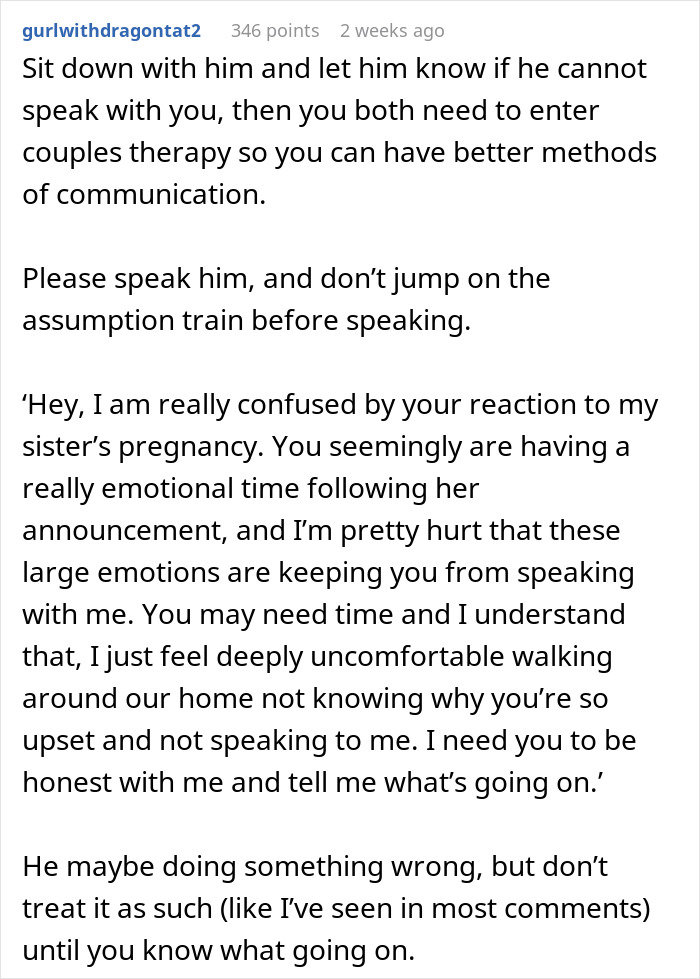 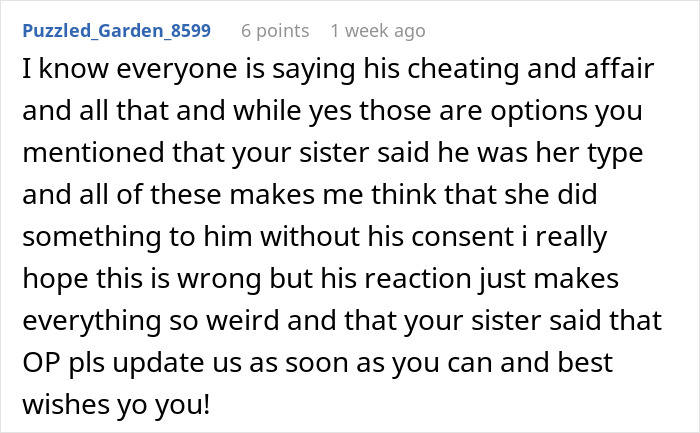 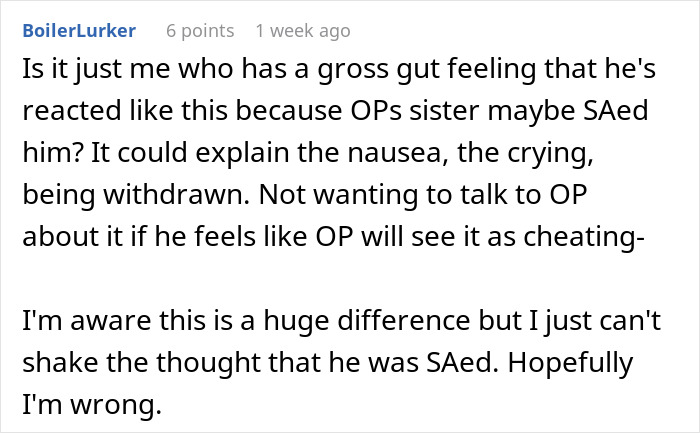