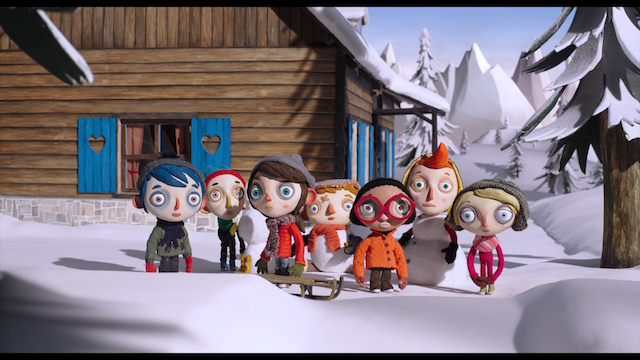 Meet the stars of My Life as a Zucchini. All images courtesy of Rita / Blue Spirit / Gebeka / KNM

Though La La Land dominated last week’s Oscar nominations, somewhere between the Hollywood picture’s 14 accolades was a nod to France and Switzerland, as the stop-motion animated feature My Life as a Zucchini was put forward for Best Animated Feature.

Based on a fictional story by Gilles Paris, My Life as a Zucchini is a beautifully told film that takes the audience through the daily lives of children living in an orphanage, each having ended up there for any number of bleak reasons.

Told from the children’s point of view, however, the film skips through any dark narrative by providing a positive outlook on an otherwise heartbreaking situation, done mostly through its animated characters, who you begin to love from the very start.

We spoke to Swiss director Claude Barras about how to create an Oscar worthy movie, with emotionally driven characters, using stop-motion animation:

The Creators Project: Congratulations on the Oscar nomination. How does it feel?

Claude Barras: I’m very pleasantly surprised. I’m proud that our teamwork has been recognized. I made this film primarily to convey hope to an audience, and I really want this message to come across when it’s released to the American public in February.

The film takes on some pretty serious subject matter but through this beautiful, sometimes funny, lens. Does animation lend itself to this kind of storytelling?

My Life as a Zucchini is a realistic story and I chose to put the realism into the voices, the lighting and the pared-down set: things that aren’t very expensive. In the end, the characteristic feature of this technique is that the characters are born out of the meeting between the voices of the children, the materiality of the puppets, and the talents of the animators. 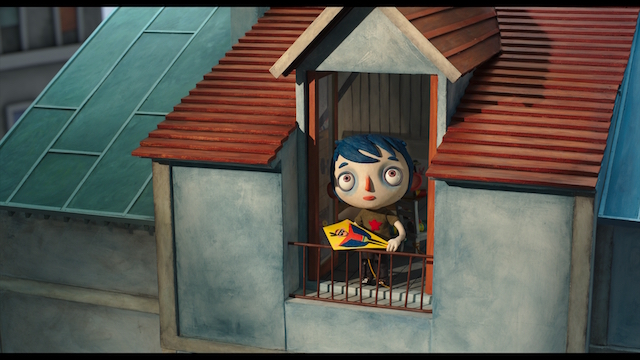 The boy who calls himself Zucchini

You’ve made it sound simple but I’m sure stop-motion is a slightly more complicated process.

Stop-motion is the only thing that I know how to do! That being the case, I was looking for a story that would lend itself to this technique. After a year of creating the puppets and the sets, the moment for animation arrives. Before beginning to film a shot, of course, the sets must be assembled and the scene lit. Filming is not done in the order of shots, but by set, axis and lighting in order to save set-up time. After a preliminary run-through, the animator takes photos of the characters in the main poses of the shot. This is done for each shot.

What are some of the difficulties that arise when shooting a stop-motion animation?

The stop-motion technique is halfway between animation and life action and has difficulties from both of those two techniques.

In animation, we work somewhat backwards. We start, based on a screenplay, to do the editing of the film with the storyboard. Contrary to digital animation, which makes it possible to improve each shot with multiple takes, in stop-motion there is only one take, without the possibility of correction. So whether one or ten characters are on the screen, nothing changes and the rule is that a single animator per set builds the shot image by image.

Every second of a stop-motion film is very expensive so multiple takes are impossible. It’s like a jazz concert: you can prepare, but once it starts, the animator must compose with their errors. For the director, this is somewhat similar to the work of a sculpture. You start with an uncut stone, you release the large figures, then you go into the details of each part up to the moment where you must stop in order to not get lost in the details. At each stage, a margin of creativity is held between the material that must still be removed and what is going to remain to shape the final sculpture.

So how do you plan ahead to ensure that your animated characters will show emotion?

I am convinced that the more realistic the face, the more details and realism are needed in the animation in order for the viewer to believe it.

So I chose to simplify the faces as much as possible in order to show changing emotions very easily. The faces are like emoticons- they are so plain that emotions are made to appear through the imperceptible movement of an eyelid. It is a very exciting creative process for the animators who gave themselves to it wholeheartedly. For me, simplifying is not weakening, but going straight to the essential. 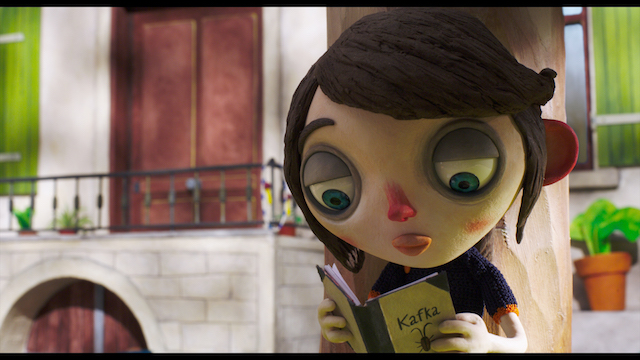 A scene outside the orphanage in My Life as a Zucchini

Speaking of simplifying, the film has recently been dubbed in English for US audiences. Do you think your film lose any significance when dubbed?

I think the dubbing is needed since we are speaking to children. Even for adults, the viewer loses some concentration when reading subtitles. A form of subtlety and a direct relationship to the story are lost, no matter what they say. If the dubbing is properly done, I think it corrects the viewer more directly with the characters of the film than subtitles do. This is particularly true in animation, where the labial synchronization is artificial, of course, even in the original version.

I was able to hear the US version last week and I am very satisfied. Dubbing is a very specific type of work, an art in and of itself. I leave it to the professionals and I have a great deal of pleasure in rediscovering my film with each dubbing. 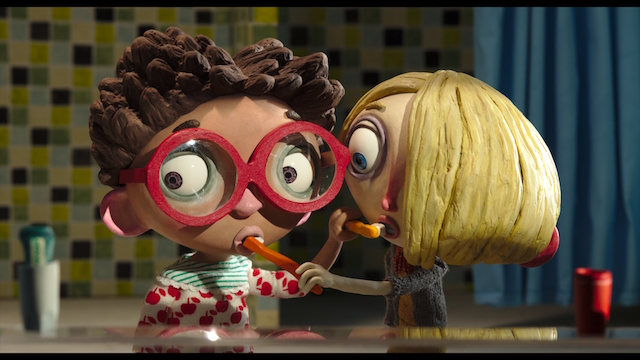 Originally intended for an audience of 8-12 years old, My Life as a Zucchini manages to appeal to all viewers, even despite it’s small eight-million-dollar budget

My Life as a Zucchini hits US theatres on February 24, ahead of the Academy Awards on February 26, 2017. See where it’s playing here.

This Short Animation Will Make You Quit Your Job

Why It’s Better To Animate a Film Alone, Even If It Takes 4 Years

Rating 'My Life as a Zucchini' is the Oscar-Nominated Stop-Motion Film We Didn't Know We Needed is 5.0 / 5 Votes: 4
Please wait...
Loading...
Related articles