Death is inevitable, yet, every time, it crawls up to us when we least expect it. Some folks have a more peaceful approach to this, shall I say, process – others find it particularly eerie. Perhaps the fear comes from all the unknowingness that is bound to fall upon us, or maybe it’s the simple hesitation of not wanting to say goodbye to our once blissful lives.

Losing a loved one is incredibly distressing. Throughout what seems like an everlasting existence, humans still struggle to find a way to cope and accept this rather cruel event, and every person deals with it differently. It’s crucial to be surrounded by the people you can depend on – however, sometimes, folks end up using their loss to get out of certain obligations.

Losing a loved one is hard, however, abusing the support of your friends is not the way to go 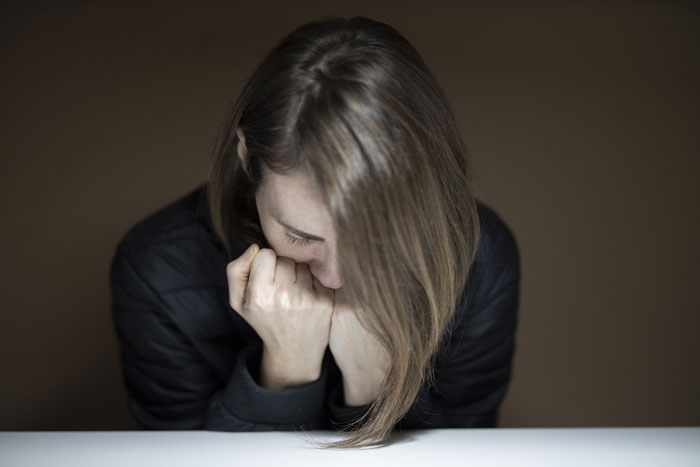 This woman took it to one of Reddit’s beloved communities to get a piece of advice from fellow online users regarding her rather tricky situation. “AITA for asking my roommate to pay rent after her mom died?” Even though she’s been a great supporter to her roomie, the grieving woman started to abuse the author’s kindness and openly hinted that she should cover her share of the rent.

Naturally, when your peer is going through a hard time, it’s important to be as considerate as possible. For instance, supporting them, talking to them and simply making sure that they have everything they need. This online user has done exactly that, though something ended up going a little bit south. 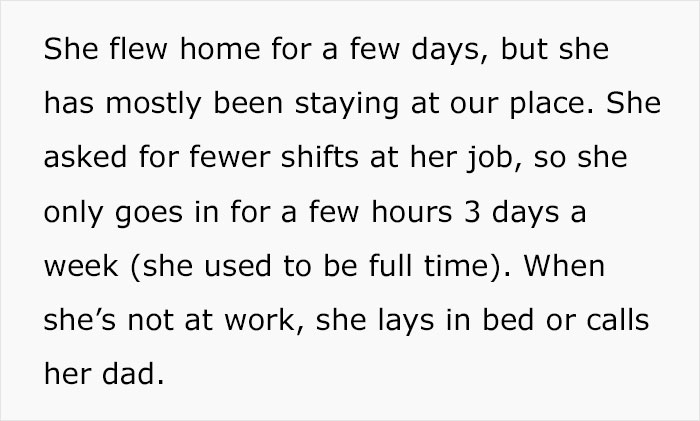 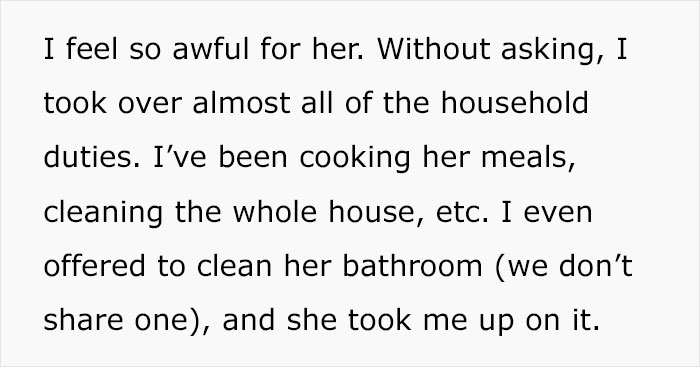 The author began her story by revealing that she’s currently sharing a place with her 27-year-old roommate whose mother, sadly, has passed away. Of course, the woman understood how devastating it is for someone to go through something like that – especially when it happens unexpectedly, so she’s been doing her best to support her. The OP mentioned that her friend flew home for a couple of days, but she was mainly staying at their place, while also taking fewer shifts at work. Without asking, the woman took over the house duties and even offered to clean her roomie’s bathroom. 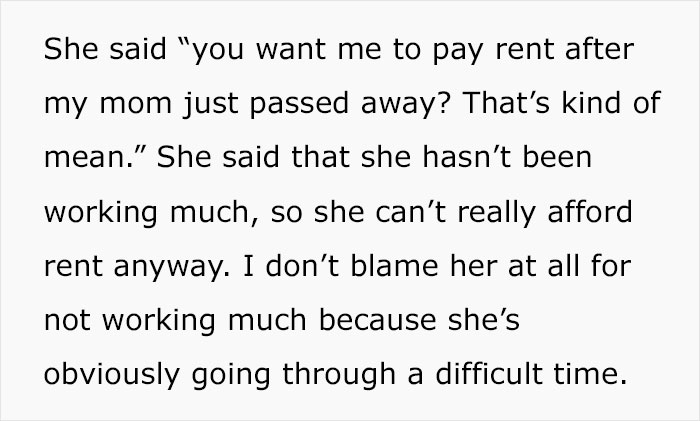 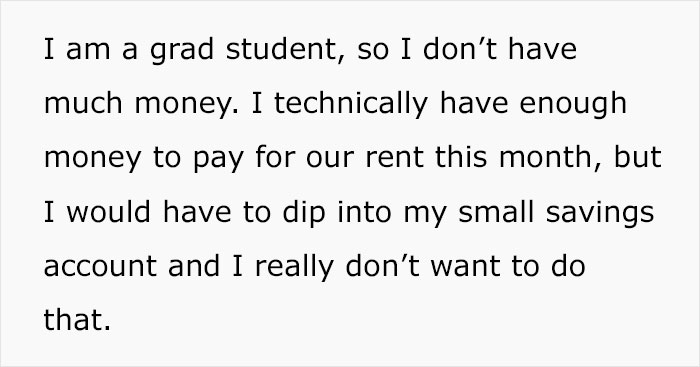 At one point, when it was time to collect the rent money, the author asked her friend whether she could give her the share so she could pass it on to their landlord, to which the woman replied with the puzzling “you want me to pay rent after my mom just passed away?” The friend said that she hasn’t been working much lately and she really can’t afford to pay. Of course, the author couldn’t blame her as she understood that she’s still mourning her late mother – however, she is a student that doesn’t have much money either.

Moreover, the woman doesn’t want her friend to think that it’s acceptable to get her to pay for things, however, she did manage to ask for an extension and luckily their landlord was willing to cooperate. Interestingly enough, despite having that 2-week gap to get the money, the author’s roommate is still insisting that she should cover her share as she’s still grieving. 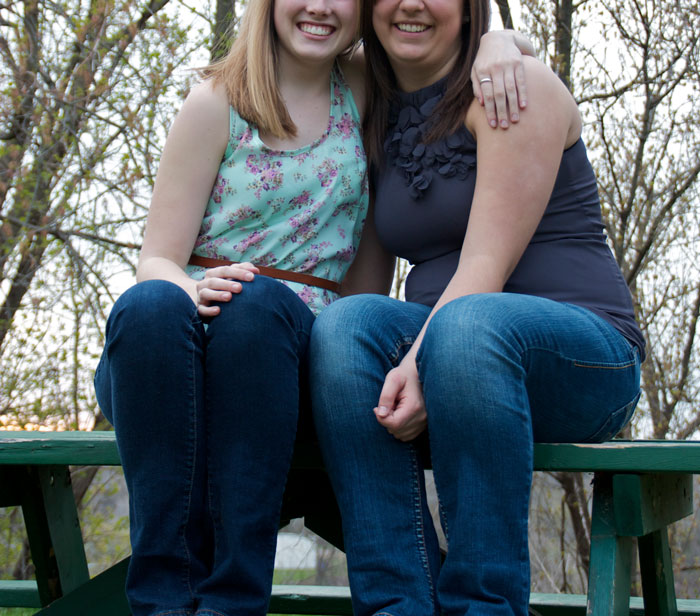 The OP kept pushing back and asking the roommate to pay, but the woman refused and even called her an a-hole. What’s more is that their mutual friend didn’t share the same opinion and told the author to just “suck it up”. Fortunately, the woman listened to the feedback that Redditors gave her and ended up taking her share to their landlord, leaving this unpleasant situation behind.

Fellow online users supported the author in her decision 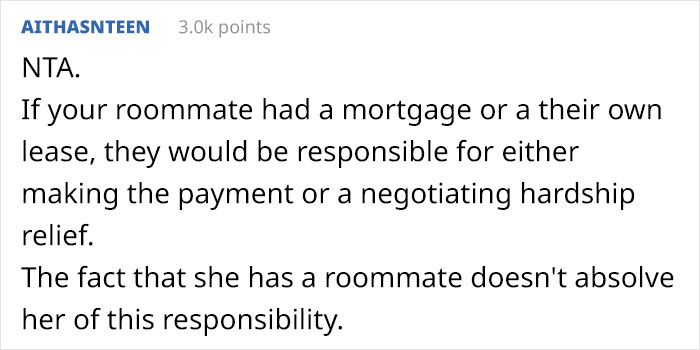 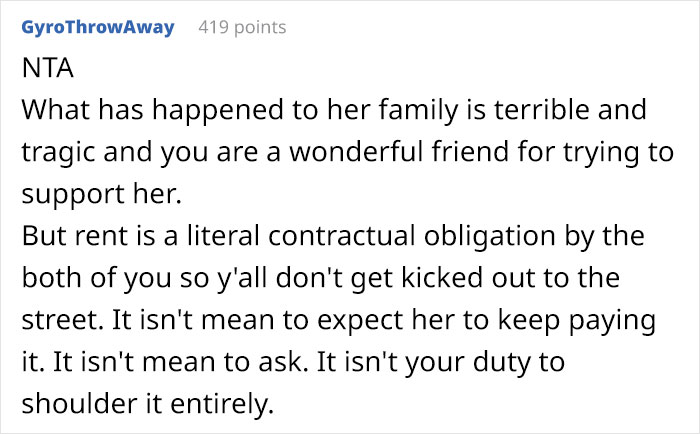 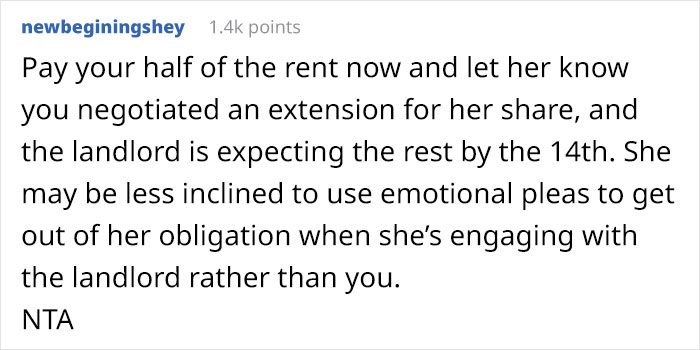 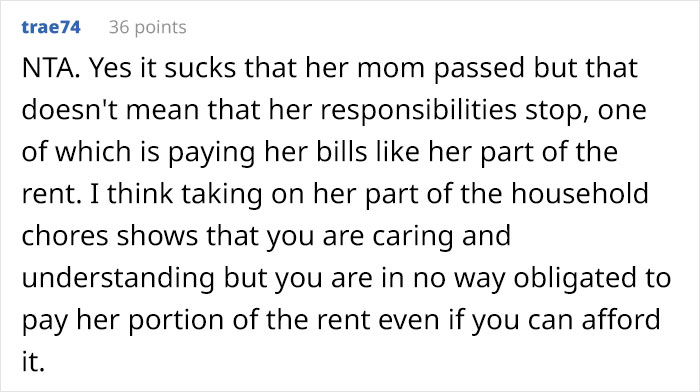 The post “My Roommate’s Mom Passed Away Unexpectedly”: Woman Baffled After Her 27 Y.O. Friend Kept Insisting That She Should Pay Her Part Of Rent first appeared on Bored Panda.