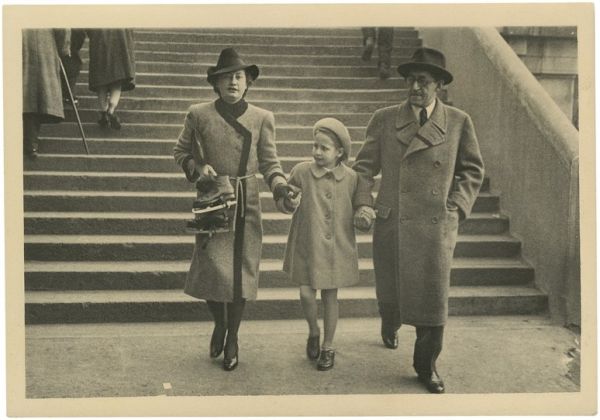 When Zuzana Justman was twelve years old, she and her parents and older brother were sent from Prague to Terezín, also known as the Theresienstadt Ghetto. Terezín was a peculiar establishment in Czechoslovaki that started out as a model Jewish ghetto for Nazi propaganda purposes, but over time developed into a concentration camp. Young Zuzana kept a diary for part of her time there. It contained only eight entries and some poetry.

On a freezing day in January, 1944, after my family and I had been confined at Terezín for six months, my mother was arrested by the S.S. and placed in a basement cell in the dreaded prison at their camp headquarters. Not even her lover, who was a member of the Terezín Aeltestenrat, or Council of Elders—the Jewish governing body—could get her released. I was twelve years old, and I was afraid that I would never see her again. But on February 21, 1944, all I wrote in my diary was “Mommy was away from us.” What is most striking to me today about the diary I kept seventy-five years ago is what I left out.

Justman looks back at that time and knows that her 12-year-old self was very cautious about her diary entries in case the Nazis confiscated it, but realizes that she was also protecting herself from her own emotions. Now, 75 years later, she tells the gripping story of her unconventional family, their time at Terezín, and her mother’s arrest at the New Yorker. -via Metafilter