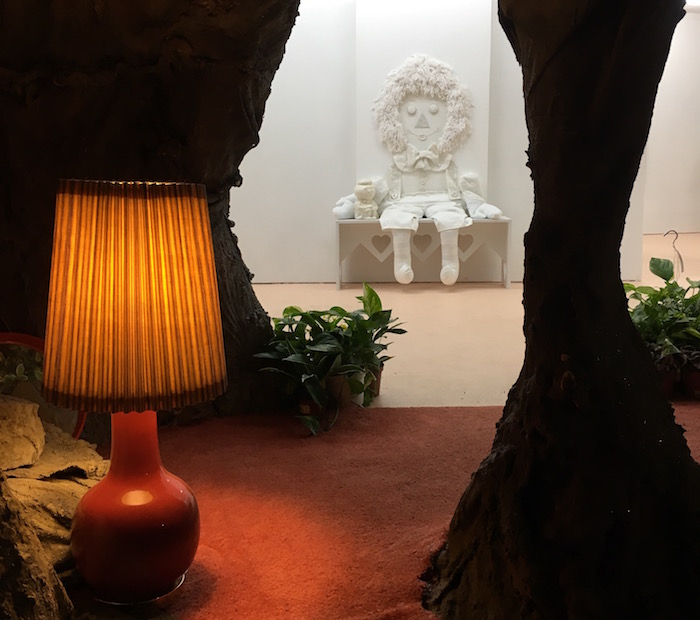 Jason Yates, Deep Into the Whites, from view of Ariana Papademetropoulos’ cave

In the late 19th century, Southern California attracted misfits, idealists, and entrepreneurs with few ties to anyone or anything. Swamis, spiritualists, and other self-proclaimed religious authorities quickly made their way out West to forge new faiths. Independent book publishers, motivational speakers, and metaphysical-minded artists and writers then became part of the Los Angeles landscape. City of the Seekers examines how the legacy of this spiritual freedom enables artists to make creative work as part of their practices.

If all the objects in a gallery came to life and began abandoning the walls, the scene might look something like Revenge of the Crystal, a group show that shares its title with post-structuralist Jean Baudrillard’s book, Revenge of the Crystal: Selected Writings on the Modern Object and Its Destiny, 1968-1983. In line with many of the French philosopher’s classically post-modern observations, the exhibition challenges the dynamic between object and viewership, questioning the nature of reality itself. But not only does the show explore the imaginary divide between an artwork and its audience, it illustrates what happens when that line is, in fact, absent. 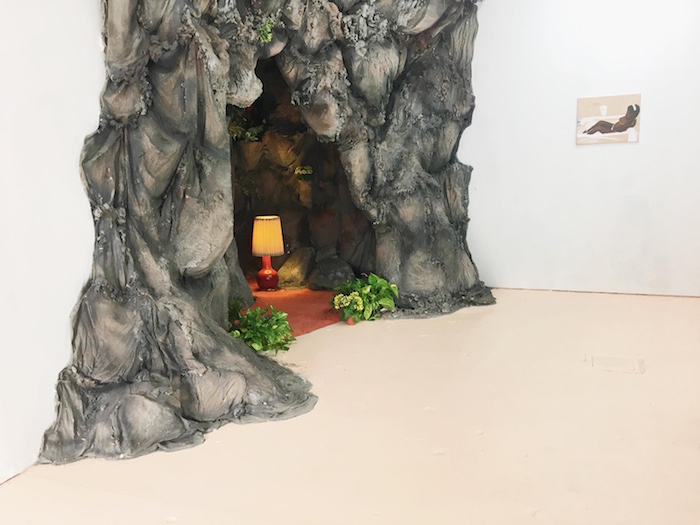 Throughout Revenge of the Crystal, secret powers lurk in curious forms, beginning with the piece that curator (and exhibiting artist) Ariana Papademetropoulos tells The Creators Project “set the theme and standard for the rest of the show.” It’s an amulet made from a rock and adorned with mysterious Hebrew lettering by the late artist Wallace Berman, whose Semina magazine both chronicled and captured the nascent postwar LA art milieu during the 1950s, defining the SoCal visual-arts scene ever since.

The show features work by over a dozen artists spanning all ages, experience levels, and backgrounds. There’s art from pioneering West Coast assemblage figures such a George Herms and Llyn Foulkes; pieces from mid-career artists Henry Taylor and Jason Yates; and work by the likes of up-and-coming French transplant Lucile Littot, among many more. 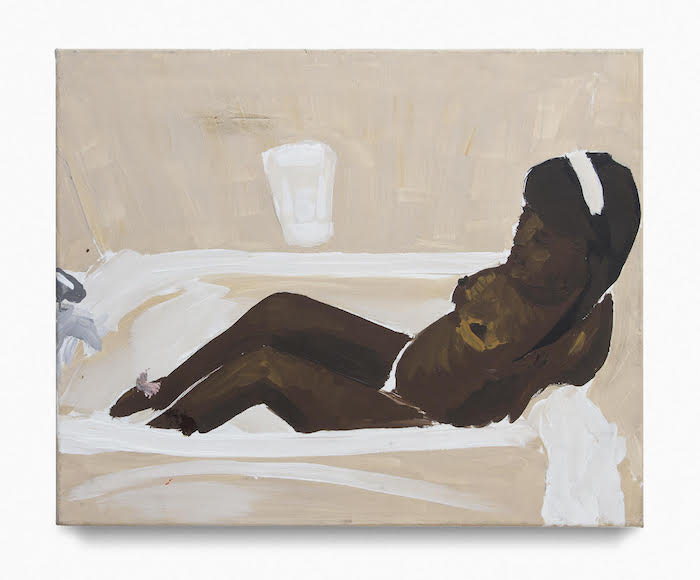 While organizing the show, Papademetropoulos was also inspired by Gaston Bachelard’s 1958 book about architecture, The Poetics of Space, specifically regarding the idea of an artist’s environment. “Revenge of the Crystal is about a return to the tangible and being immersed in the world we create that isn’t digital,” explains Papademetropoulos, whose own “sea cave” in the show features an aquarium, carpeting, furniture, and telephone-enabled interactive sound piece, all of which transports the ocean into a living room space.

“The cave is my main piece in the exhibition, and it is meant to be a cave a person has moved into and domesticated,” she describes. “There is a desire for nature and for comfort. This sentiment is present in Llyn Foulkes’ piece Studio: an assemblage photograph of the four walls of his studio in 1964; and Henry Taylor’s Bath, which shows a woman submerging herself in a bathtub.” 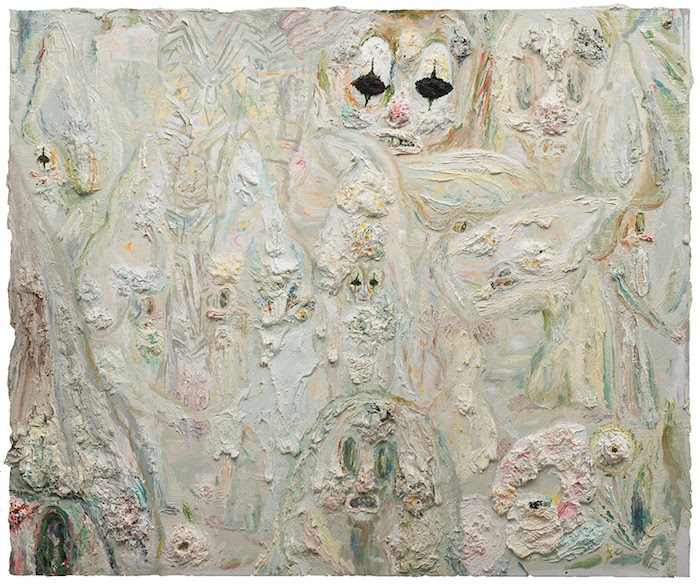 Aside from the cave, Papademetropoulos is most partial to artist Allison Schulnik’s painting Small Gnomes, which the curator believes has the capacity to perpetually yield undiscovered meanings. “I believe a painting is successful when it has the power to not be a stagnant object but holds personality that can shift and keep you wondering and uncovering,” Papademetropoulos says. “In addition to psychologically exciting me, it’s also so rich with paint, movement, and texture in a way that is alive and satisfying.”

All told, Revenge of the Crystal reflects LA’s multitudinous networks of creativity, and the plethora of ways that creativity manifests visually. As Papademetropoulos points out, “Los Angeles has always been a place that people come to invent their own version of reality, and I believe that artists have the ability to flourish in this environment.” 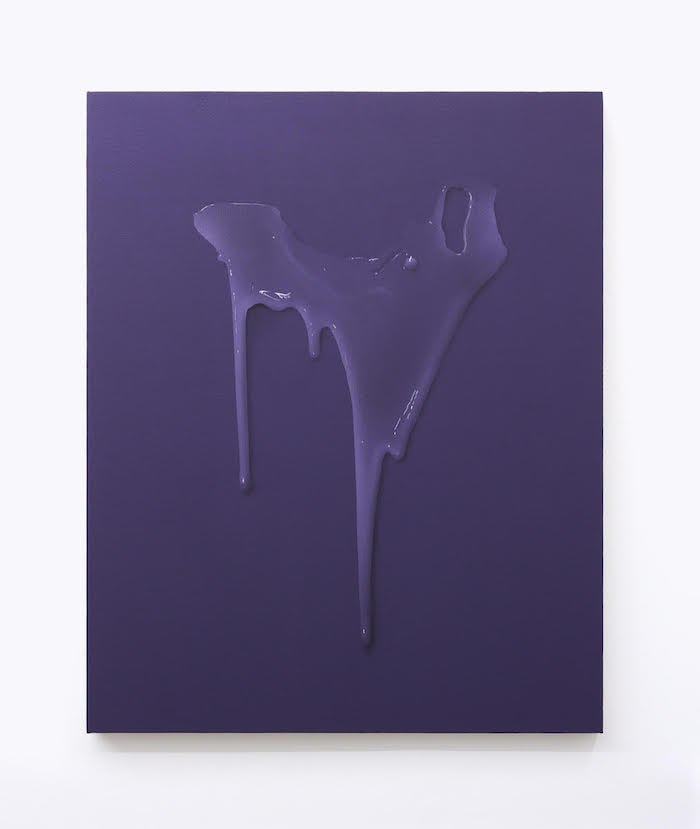 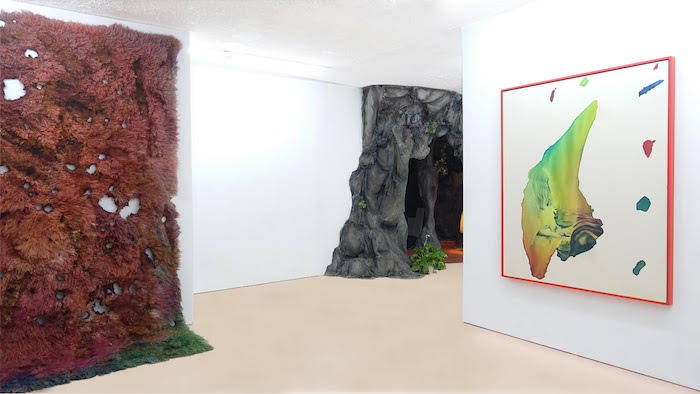 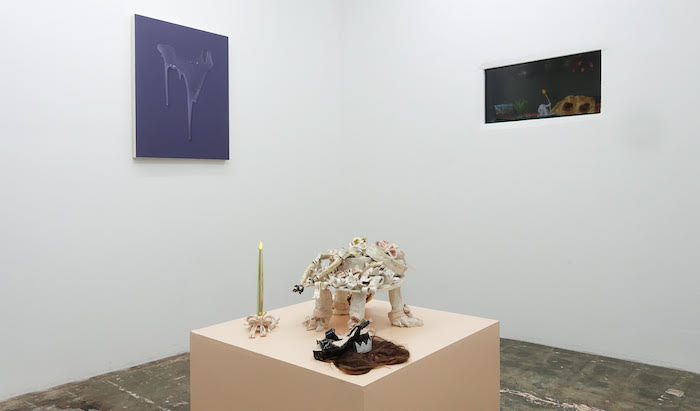 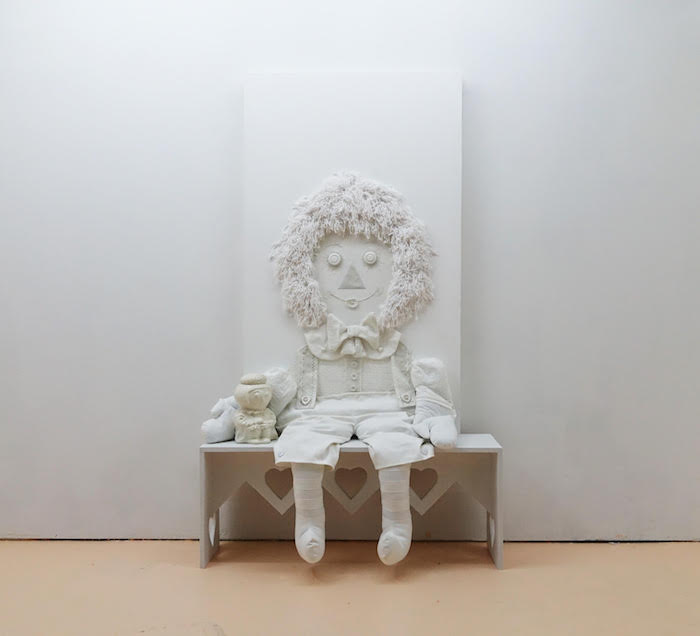 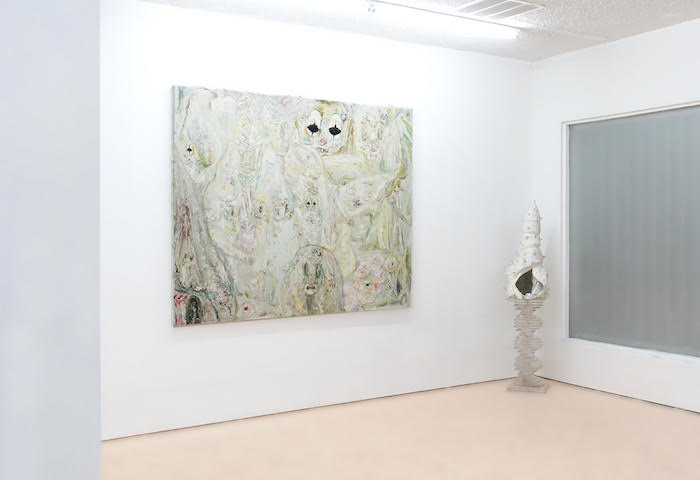 Revenge of the Crystal is on view through February 14, 2017 at SADE in Los Angeles.