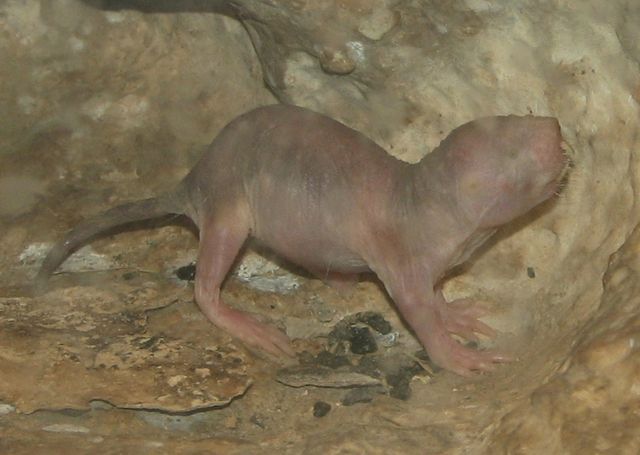 They don’t kidnap human babies, don’t worry. However, naked mole rats apparently kidnap each other’s babies and turn them into slaves. These mammals have massive colonies with over 300 workers– that’s a lot! These animals, like ant or bee colonies, have one queen that is the only one who reproduces. The colony’s workers are actually made up of stolen babies:

In the early 1990s researchers caught and released naked mole rats to track them for a long-term field study in Kenya. They found 26 colonies expanded their burrows into neighboring colonies. Individuals from 13 of the invaded colonies were never seen again.

A year after checking one of these colonies, they found two pups in an invading colony looked to have been from an invaded colony, but the team couldn’t be sure it wasn’t just a mistake.

“We just didn’t have the tools to make sure that I hadn’t totally screwed up,” evolutionary biologist Stan Braude from Washington University told New Scientist. But genetic analysis of the tissues they collected has now confirmed what they witnessed.

“The pups kidnapped by colony QQ became non-reproductive workers,” the team wrote in their paper, “hence their life effort would be categorized as slavery, in the same sense as slave-making ants.”

Naked mole rat kidnapping behavior had previously been witnessed in the unnatural conditions of a laboratory, but this is the first time it’s been confirmed in the wild.