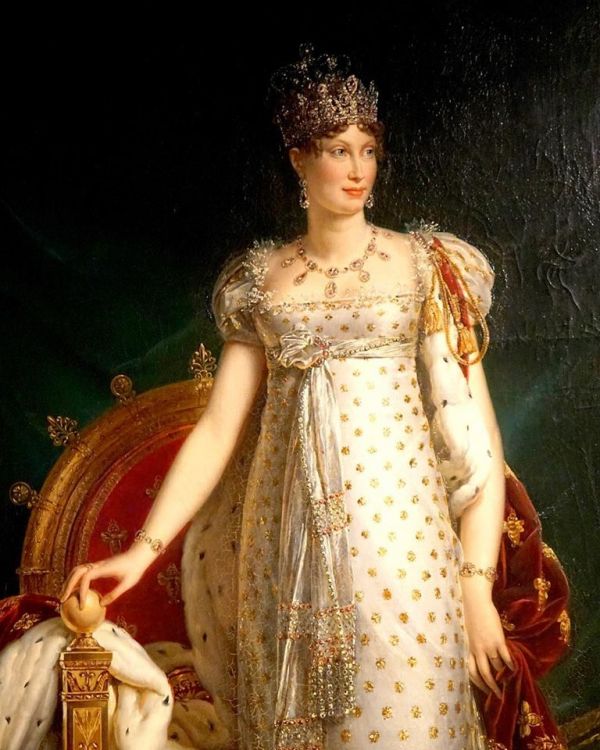 Napoleon Bonaparte and his wife Josephine are often cited in lists of the world’s greatest love affairs, but Napoleon wouldn’t let a little thing like love get in the way of his ambitions. When he married Joséphine de Beauharnais, his second wife was the five-year-old daughter of Holy Roman Emperor Francis II, and an Austrian princess. Marie Louise grew up with her country constantly at war with France. She referred to Napoleon as the Anti-Christ. Napoleon’s forces ultimately defeated Austria’s -twice.

In December 1809, Napoleon ended his 13-year marriage to Josephine because of her failure to provide him with an heir. He wanted a new, fertile wife from one of Europe’s royal families, thinking that this would add legitimacy to his regime. Hoping to cement the new Franco-Austrian alliance, he settled on Archduchess Marie Louise of Austria. At first Marie Louise couldn’t believe that Napoleon would want to marry his enemy’s daughter, or that her father would consent to the match. Her stepmother, Maria Ludovika, was strongly opposed. However, Francis I and his foreign minister, Clemens von Metternich, saw the proposal through the eyes of statecraft, as a means of securing some years of peace during which Austria could rebuild her forces. Although Marie Louise was not keen on marrying the man who had caused her family so much distress, she submitted without protest to her father’s wishes (see my post about Francis I).

On March 11, 1810, at the Augustinian church in Vienna, 18-year-old Marie Louise married 40-year-old Napoleon Bonaparte sight unseen. They literally did not see each other, since it was a marriage by proxy: Napoleon was in France and the bride’s uncle, Archduke Charles, stood in for the groom (see my post about the marriage of Napoleon and Marie Louise). Two days later, Marie Louise left for Paris.

What happened to Marie Louise from then on is an illustration of a very complex combination of love, duty, politics, and the passage of time. Read about the strange life of Napoleon’s second wife at Shannon Selin’s blog. -via Strange Company