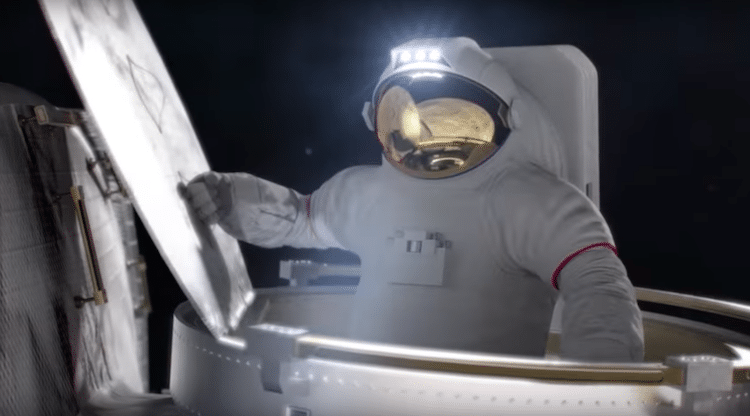 In case you needed a reminder of why NASA is incredible, take a look at this new video that the space program has put together. Created in honor of NASA’s 60th anniversary, the two-minute clip is an inspirational look at just how much the United States’ space program has achieved and where it’s going in the future.

Glimpses of iconic moments like Neil Armstrong’s walk on the Moon are intercut with stunning photos of Jupiter taken by the Juno Probe, as we’re reminded of how groundbreaking NASA has been throughout its history. Not content to stay in the past, the agency also reminds the public of where they’re going, with plans to revisit the Moon and begin inhabiting Mars.

Though inter-planetary living may seem far off, the technology is already being developed. “Our successes build one upon another and amplify what is possible,” says narrator Mike Rowe. “It’s time we take the next great leap.” Researchers, engineers, architects, scientists, and astronauts are all diligently working on the pieces of the puzzle that will allow NASA to launch its next big missions.

Moon to Mars is NASA’s focus as of December 2017, when President Trump signed the Space Policy Directive-1. Some of the long terms goals for the program are robotic lunar exploration, human spaceflight to the lunar orbit, and human exploration of the Moon in order to prepare for human missions to Mars. Additionally, a planned 2020 rover landing on Mars will help bring back valuable samples in order for NASA to understand more about oxygen production and possible past life on the Red Planet.

Celebrate NASA’s 60th birthday by looking at its past triumphs and learning about its new groundbreaking projects.

NASA Discovers 7 Earth-Sized Planets, Some of Which May Be Inhabitable

The post NASA Releases Inspirational Look at Its Achievements for 60th Anniversary appeared first on My Modern Met.