We keep getting back to what Philip J. Fry of Futurama fame famously once said about space: “Space; It seems to go on and on forever… but then you get to the end and a gorilla starts throwing barrels at you.”

While it applies to the space-themed Monkey Fracas Jr. arcade game (an homage of sorts to Donkey Kong Jr.), it also applies (very much) to space in general. It does seem to go on and on forever.

And to prove that, we now have some space telescope imagery from the Webb Space Telescope. First imagery, mind you.

NASA’s James Webb Space Telescope recently provided humanity with some spectacular pictures of things as far as 4.6 billion light-years away 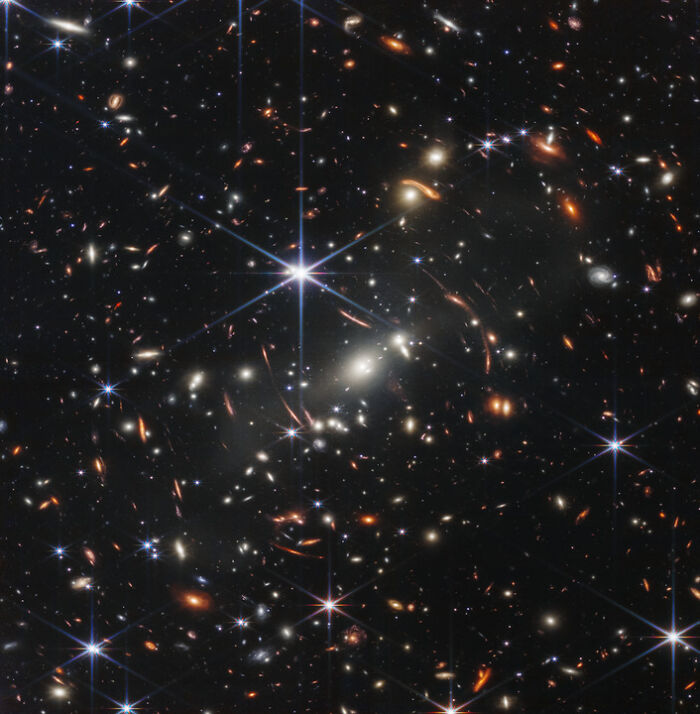 So, if you haven’t been on top of spacey things, there’s this thing called the James Webb Space Telescope (abbreviated JWST). It’s a $10B space telescope created to do infrared astronomy research, and it’s currently the largest optical telescope in space. Its advanced technical capabilities and sensitivity allow for more than what the famous Hubble Space Telescope does—to see things that are too old, too distant, or too faint for the latter.

And it’s been in the news lately as NASA (that awesome space agency in the US) has released unique snaps from the telescope. The images are said to be the deepest view of the universe we live in taken thus far. In other words, we now see much more of the universe than ever before, unveiling the majestic grandeur of space and everything in it. Or how insignificant humanity is in the grand scheme of things. To each their own, you know. 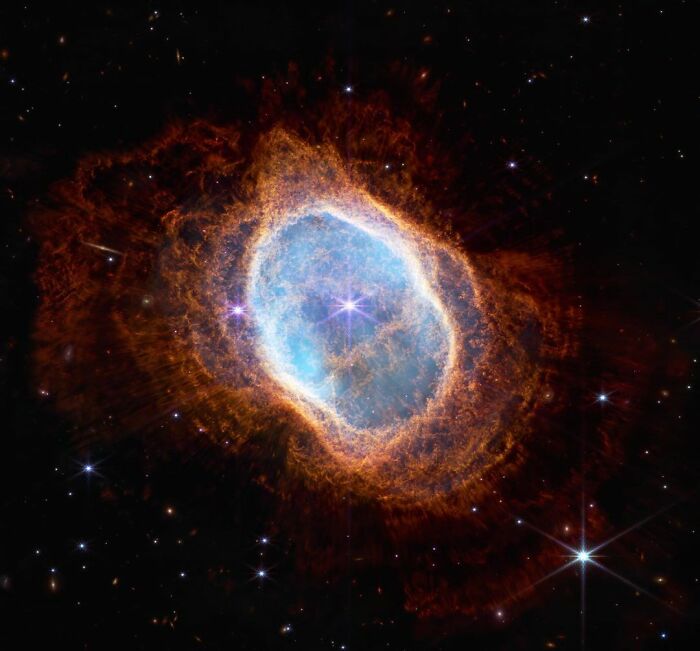 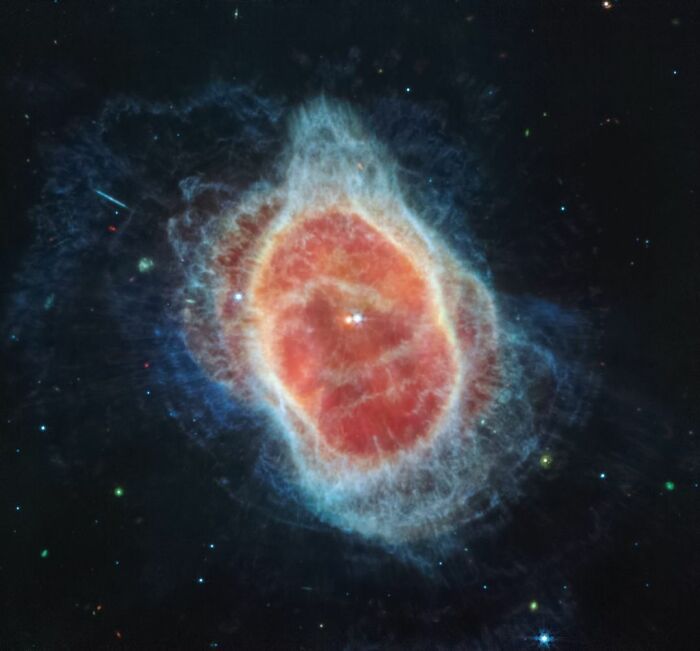 Besides this, we also have the Cosmic Cliffs of Carina. The Carina is another constellation with the Great Carina Nebula, a.k.a NGC 3372, found in the Milky Way 8,500 light-years away from Mother Earth.

Lastly, we have Stephan’s Quintet and the Southern Ring Nebula. The first is a visual grouping of five galaxies found in the Pegasus constellation. Fun fact, four of the five galaxies in this grouping will over time quite likely merge with each other, and if you haven’t seen how that works, it’s hella spectacular, and you’re welcome.

The second is a bright planetary nebula, roughly 2,000 light-years away, that includes two relatively close stars. The central star blew off some steam in the form of 100,000 Kelvins and outer layers, making the nebula brightly fluorescent from all of the ultraviolet radiation. Very deadly. Very beautiful.

Among the pictures, we can see SMACS 0723, The Cosmic Cliffs of Carina, Stephan’s Quintet (pictured below), and the Southern Ring Nebula 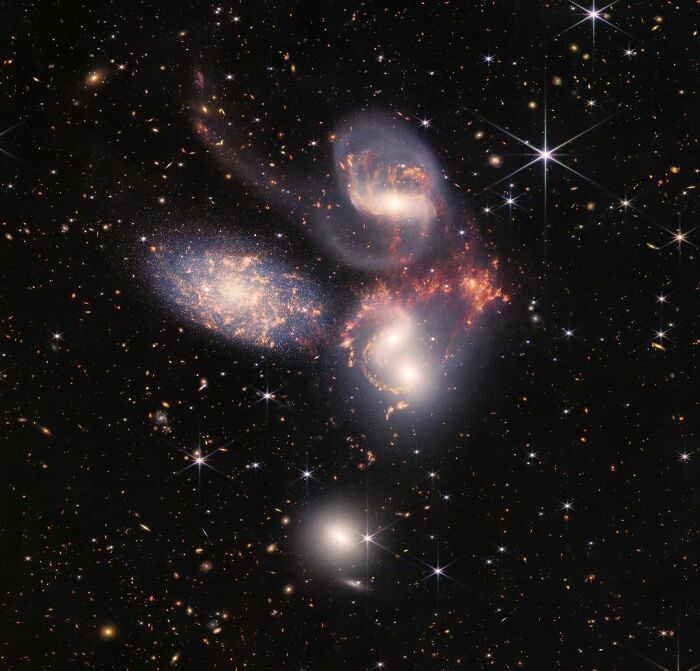 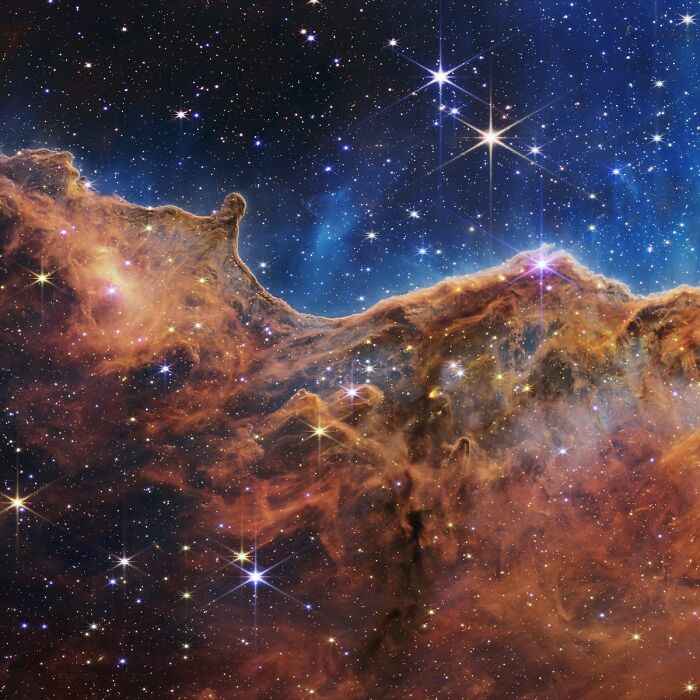 Why is this important? Well, learning more about the vast everything that we live in is always important for a number of reasons. NASA puts it best:

“Human space exploration helps to address fundamental questions about our place in the Universe and the history of our solar system. Through addressing the challenges related to human space exploration, we expand technology, create new industries, and help to foster a peaceful connection with other nations.”

The monumental telescope aims to rewrite history and to further identify our place in the universe. And in the long run, your Samsung Galaxy phone will literally be produced using galactic materials once space mining becomes a thing. This is besides the possibility of commercial space travel and the prospects of living on other planets. 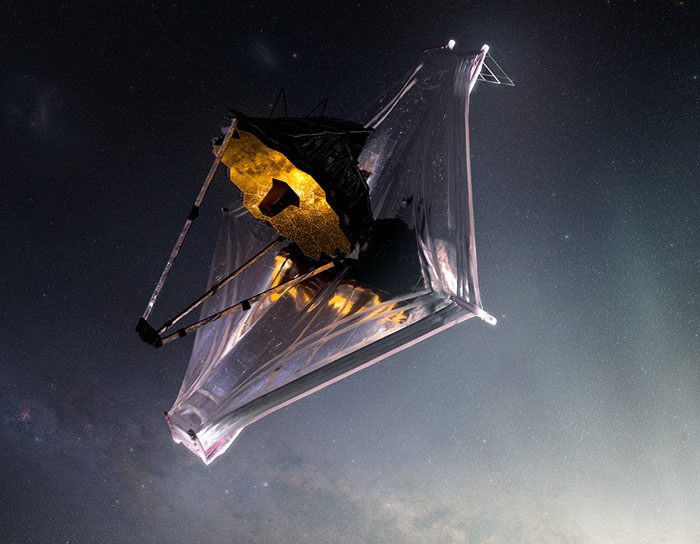 As you might have guessed, this spawned not only wonder but also loads of jokey reactions and memes from the internet because that’s what it does. You know, “here’s how vast the galaxy is and you still can’t find a girlfriend”, and “considering how vast the universe is, you really think God Almighty is really concerned about your sexual orientation at this point?”

And, it wouldn’t be the internet without some reactions, both of awe and of jokes about how you can’t find a girlfriend despite the universe being so vast 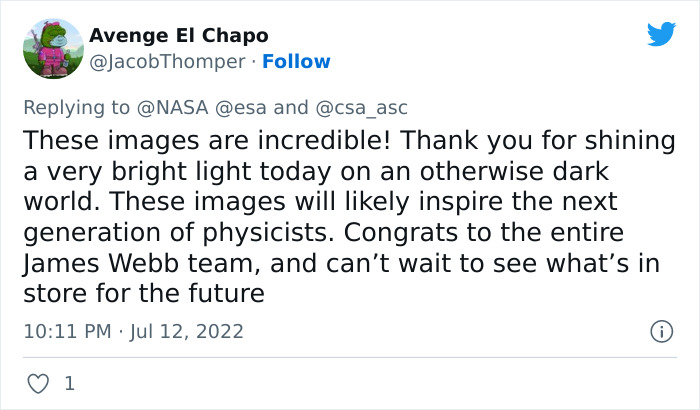 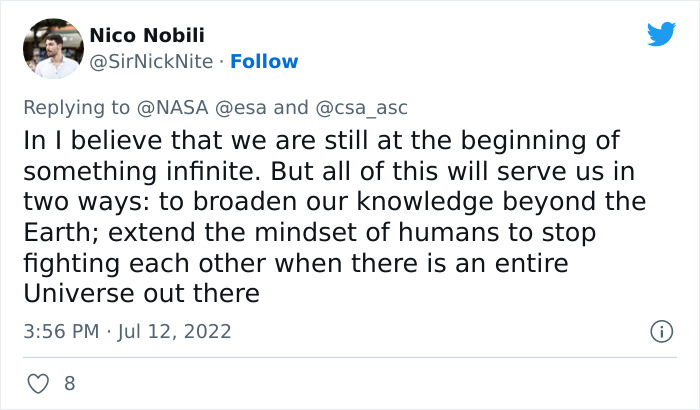 But there were those who were genuinely in awe at the visual findings. Fun fact, in reality, nebulas and other galactic wonders that we can find in the skies above don’t look like what the pictures show. The original pictures are actually processed—enhance details, add visual, whatnot—because the raw footage is like looking at an ultrasound. A dash of Photoshop provides a better understanding of the celestial objects and, if anything, people are able to appreciate it more because, honestly, just the concept of it all is mind-blowing. 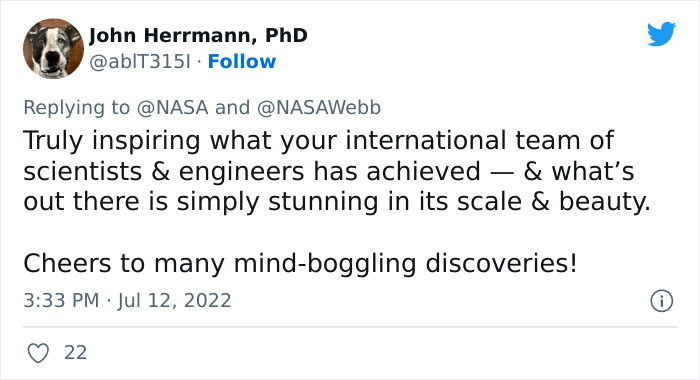 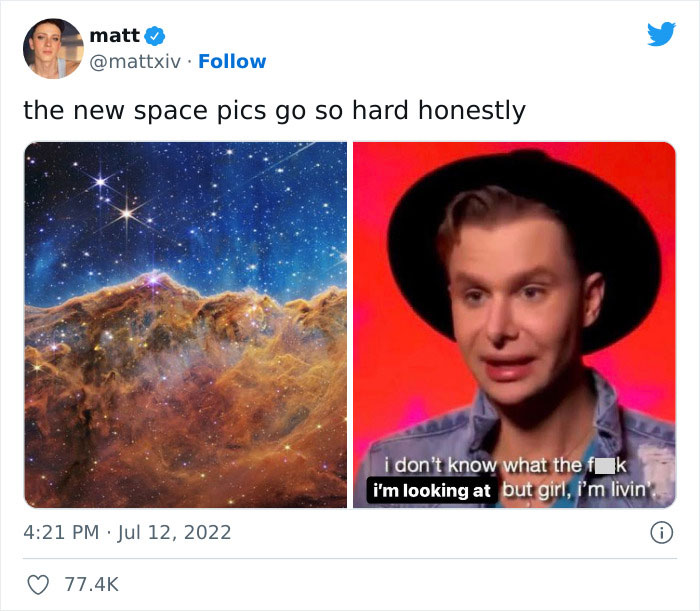 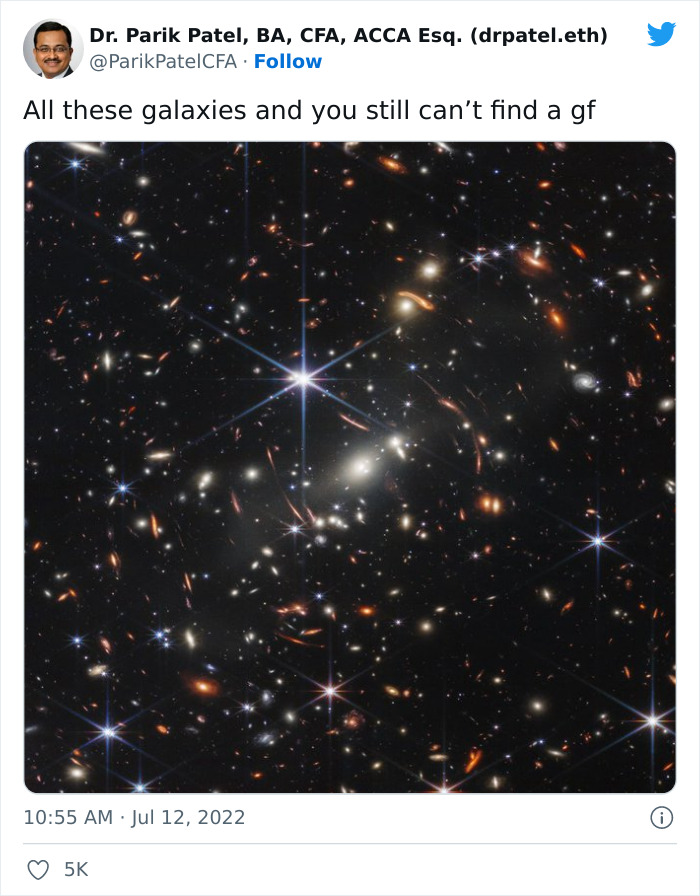 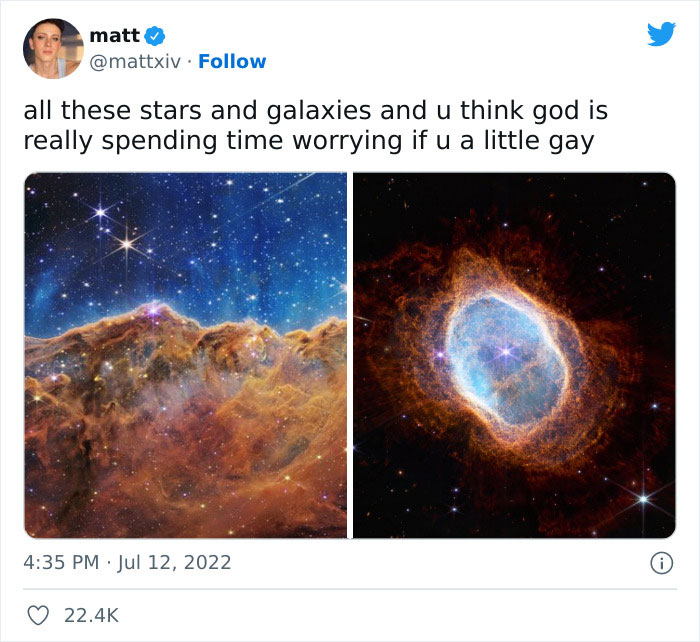 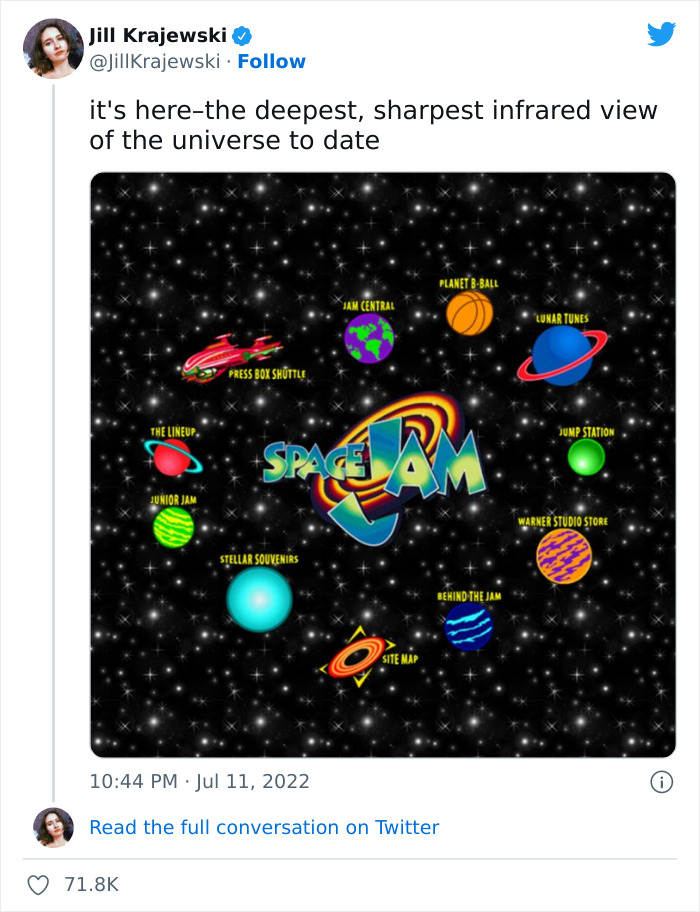 Now, before you go, though, here are some fun facts about the telescope itself, but we’d also love to hear from you in the comment section below. Tell us what you think of the new findings, or what you hope humanity finds in the near future! 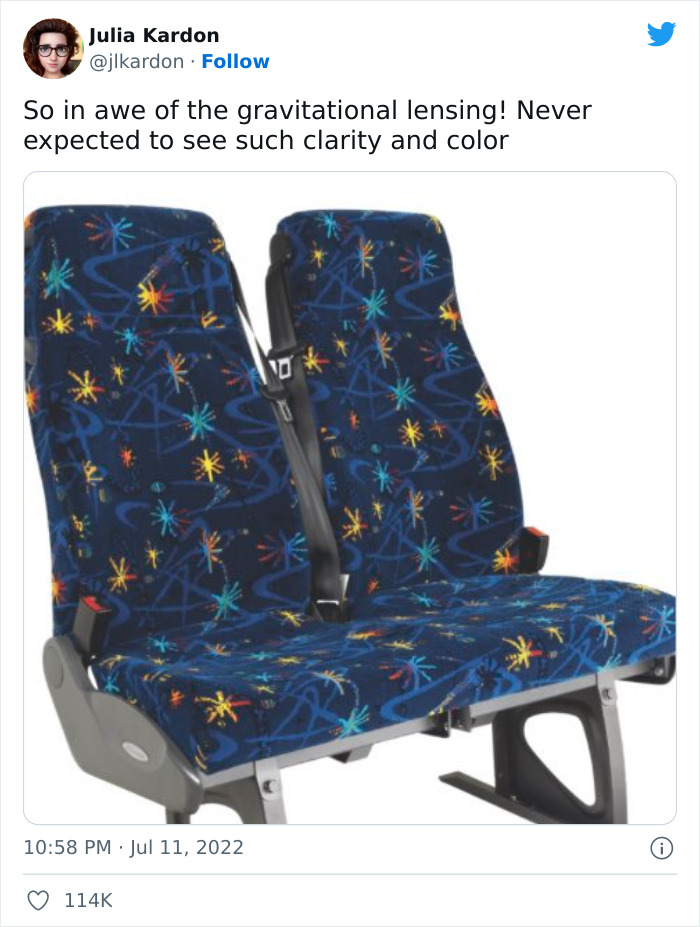 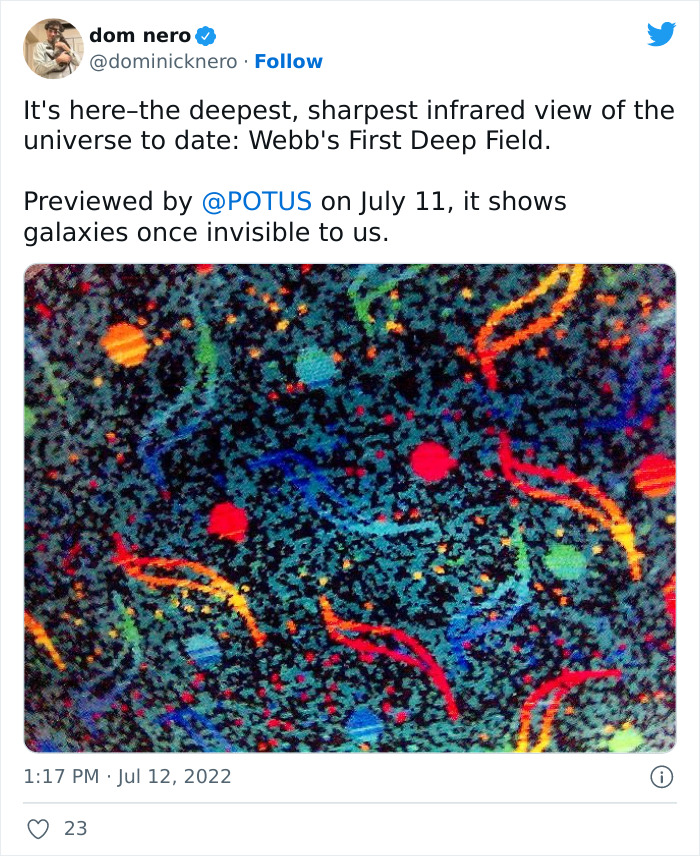 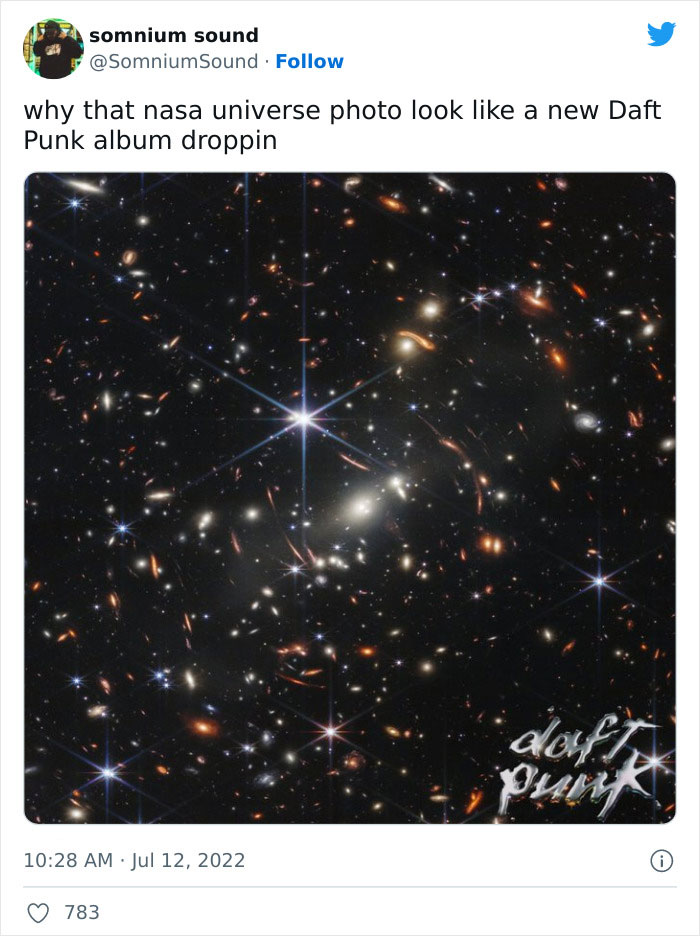 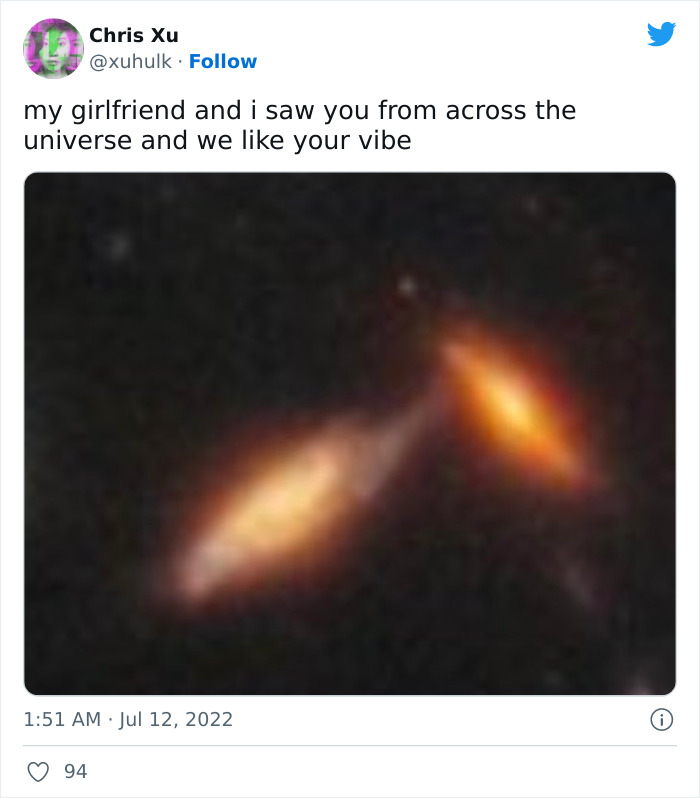 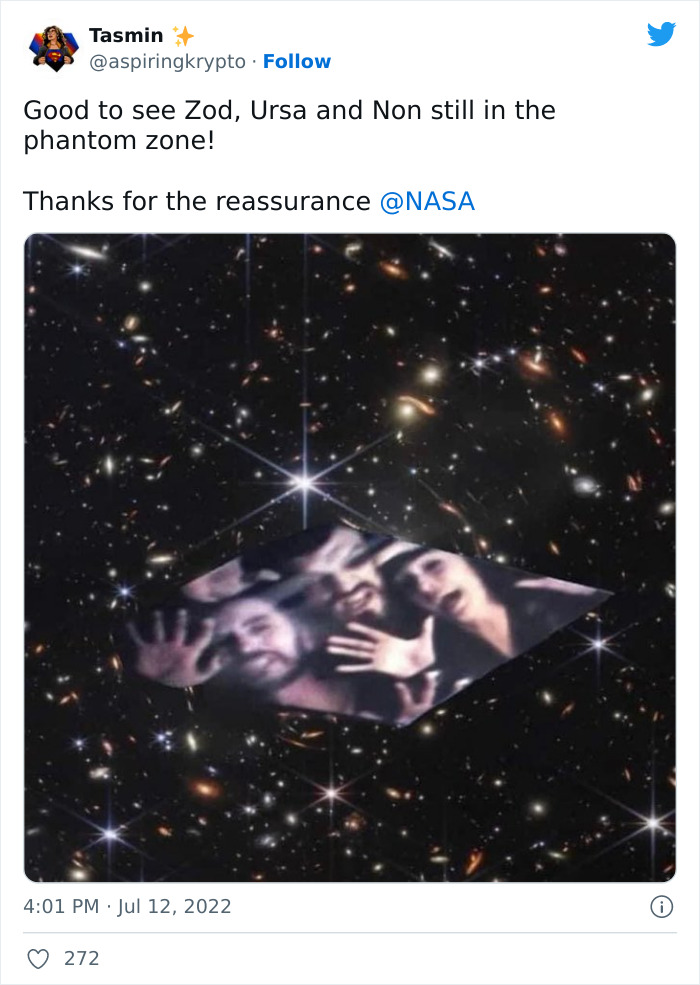 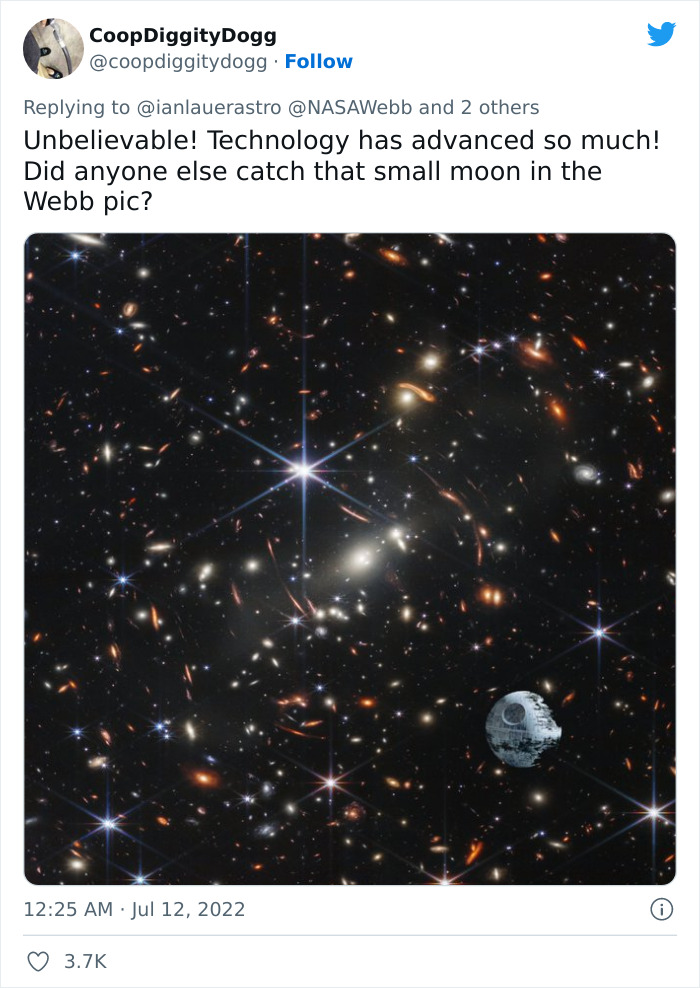 – How long will the Webb telescope stay in operation in space? It’s designed to perform its duties for a minimum of 5 years, with the goal of exceeding 10 years.

– How is the telescope powered? Like most things we chuck into space, it’s powered by an array of solar panels. It generates about 2,000 watts of electricity (about 1/6th of the average rate of household energy consumption in the US), and there’s also enough propellant on board to last 10 years to make sure the telescope maintains its orbit around the sun.

– How much data does the Webb telescope transmit? It can downlink a minimum of 28 megabits per second or roughly 57 gigabytes of space data per day. In context, the average U.S. internet speed in 2020 was nearly 43 megabits per second.