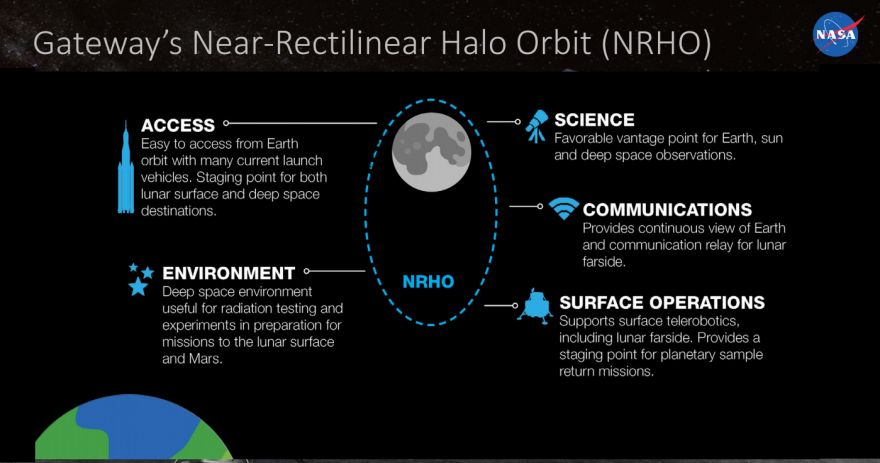 In light of the commercial space race, NASA has been making plans to build a space station that would become the gateway for people going to the moon. But they want to place it in a weird orbit. They call it the Near-Rectiliniar Halo Orbit. It seems complicated as the name it has been given but in simplistic terms, it looks like a parabola around the moon.