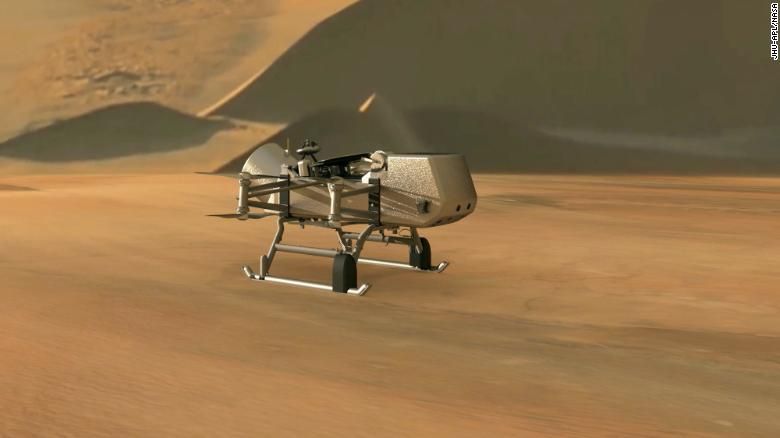 In the year 2017, the space mission Cassini-Huygens (commonly known as just “Cassini”) executed its “Grand Finale” by diving into the space between Saturn and the rings of the said planet. Before it did its finale, the spacecraft had a few flybys with Saturn’s largest moon, Titan. Years before its Grand Finale, Cassini released a probe (the Huygens probe) to Titan and the probe landed on Saturn’s largest moon in 2005.

The data provided by the Hyugens probe, which was part of the Cassini mission, suggested that Titan was the perfect candidate for further exploration.

“It’s the first drone lander and it can fly over 100 miles through Titan’s thick atmosphere,” said NASA Administrator Jim Bridenstine in a statement. “Titan is most comparable to early Earth. Dragonfly’s instruments will help evaluate organic chemistry and the chemical signatures of past or present life. We will launch Dragonfly to explore the frontiers of human knowledge for the benefit of all humanity.”

Find out on CNN.