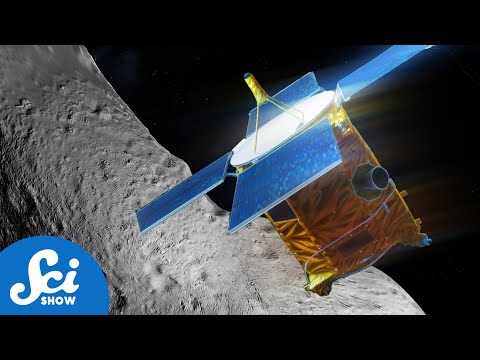 Remember how we were gobsmocked by the Mars rover Opportunity, which was expected to work on the red planet for about 90 days, but ended up working for more than 14 years? It was not the first NASA mission to wildly exceed expectations. We had already seen one probe crash land on an asteroid. It wasn’t designed to land at all, and the impact was a suicide attempt. But it survived the crash and continued to work for two more weeks!

In 1996, NASA launched an unmanned probe to go study an asteroid. We didn’t know much about asteroids at the time, but that would change. The probe was named NEAR-Shoemaker, which stood for Near Earth Asteroid Rendezvous, and after planetary geologist Eugene Shoemaker. The targeted asteroid was 433 Eros. NEAR-Shoemaker was the first probe to ever orbit an asteroid, and that was after it had already performed some unexpected side missions. Hank Green of SciShow has the story of NEAR-Shoemaker’s space exploits. -via Damn Interesting