Moving to a new home is much more than just physically transporting all your belongings from one place to another. In hopes to improve quality of life, you have plenty of factors to consider before laying down your roots. Like how walkable the area is or how decent the employment opportunities and schools in the neighborhood are. But there is something, however, that nobody gets to pick — the people who already live right across the street.

If we can agree on one thing, there are never too many stories about weird neighbors. And over the past few years, the Nextdoor App has graced us with some absurd and utterly hilarious tales about delusional Karens and homeowner associations. Recently, one similar post followed the trend and shared a ridiculous suggestion from a neighbor that instantly went viral on Twitter.

A man who goes by the handle @sushil_js posted a screenshot where a resident of their neighborhood explains they want to implement a local dress code hoping to see property values “skyrocket over the next 12-19 months”. What followed was people wasting no time in criticizing this “brilliant” idea online, so scroll down to read the full post as well as the reactions from people online. Then be sure to tell us what you think of this whole ordeal in the comments!

Recently, one man shared a screenshot where his neighbor suggested enforcing a local dress code to “skyrocket” property value 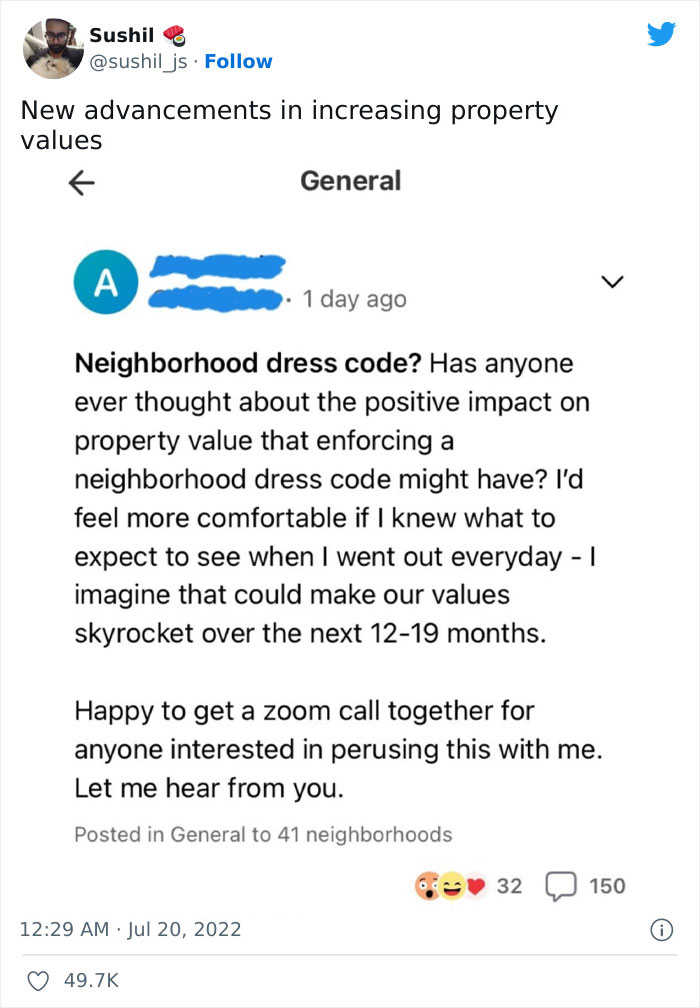 As the post went viral, people wasted no time in being critical about the idea and shared their reactions in the thread 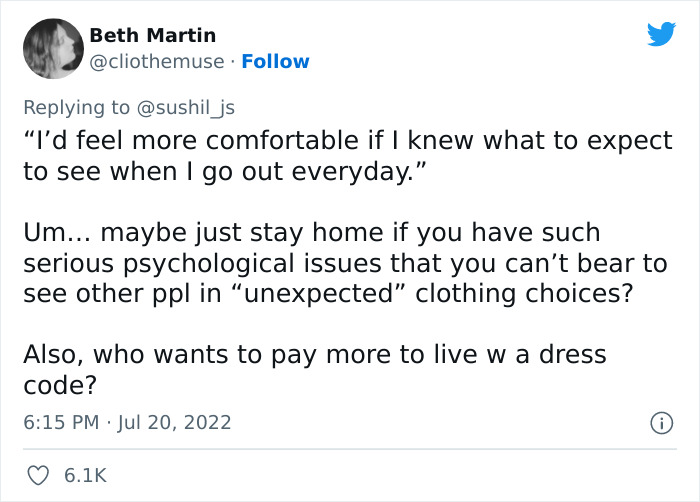 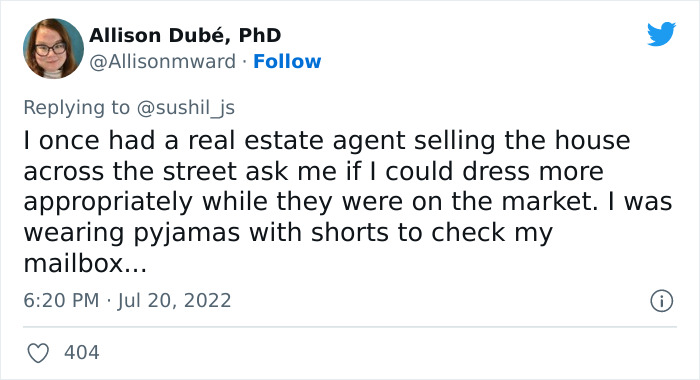 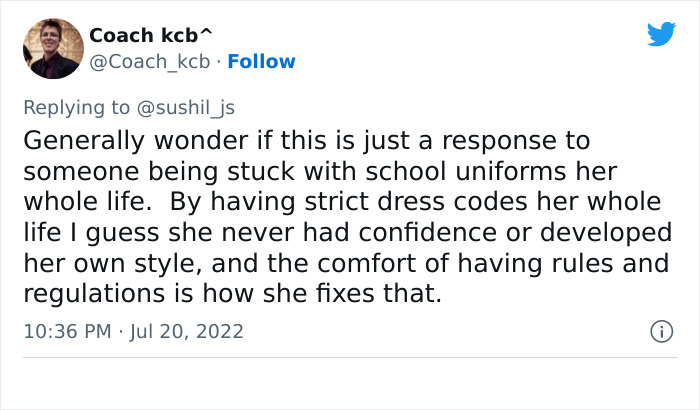 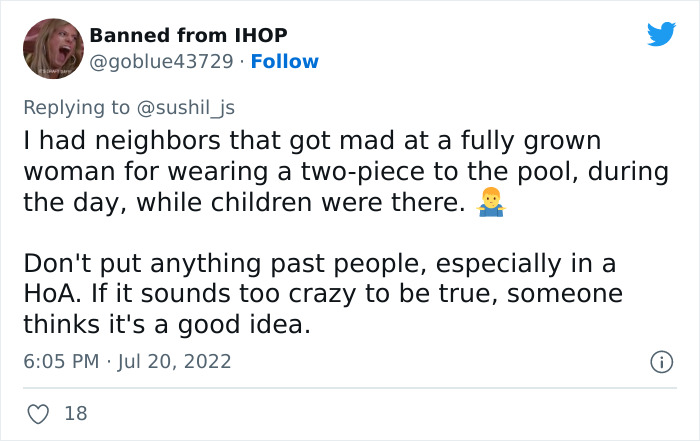 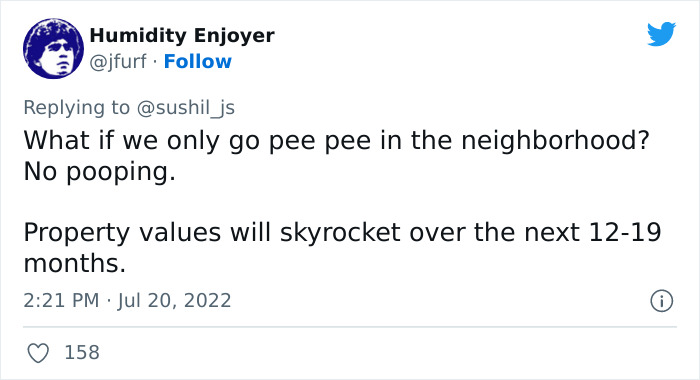 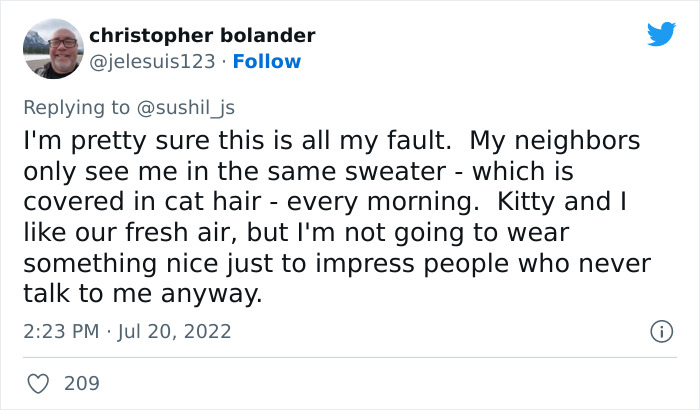 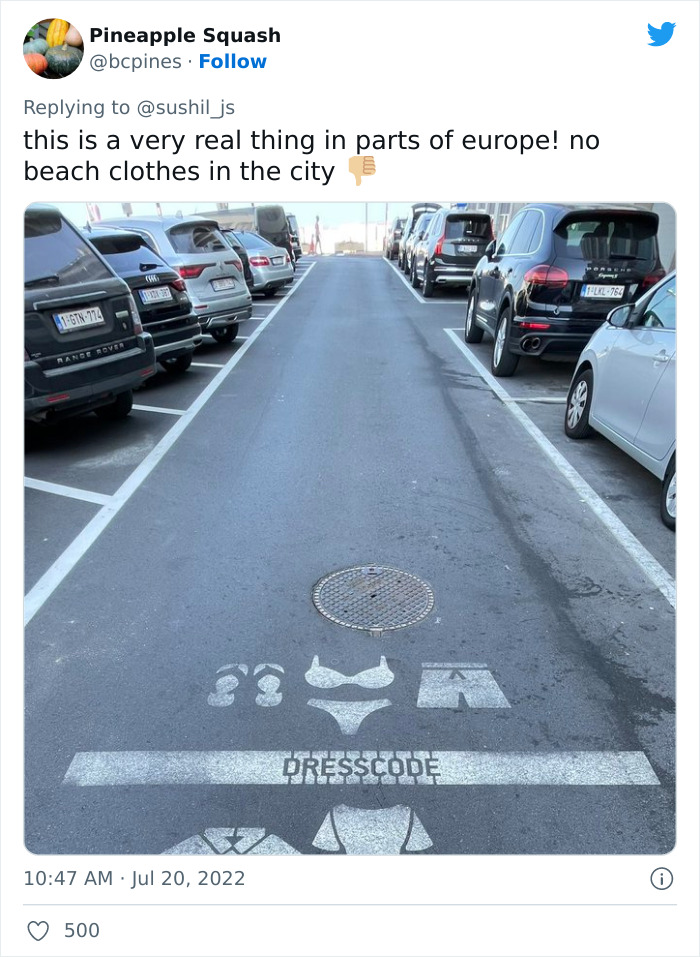 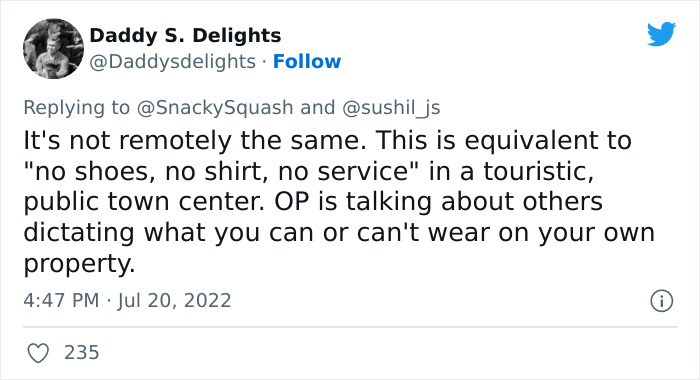 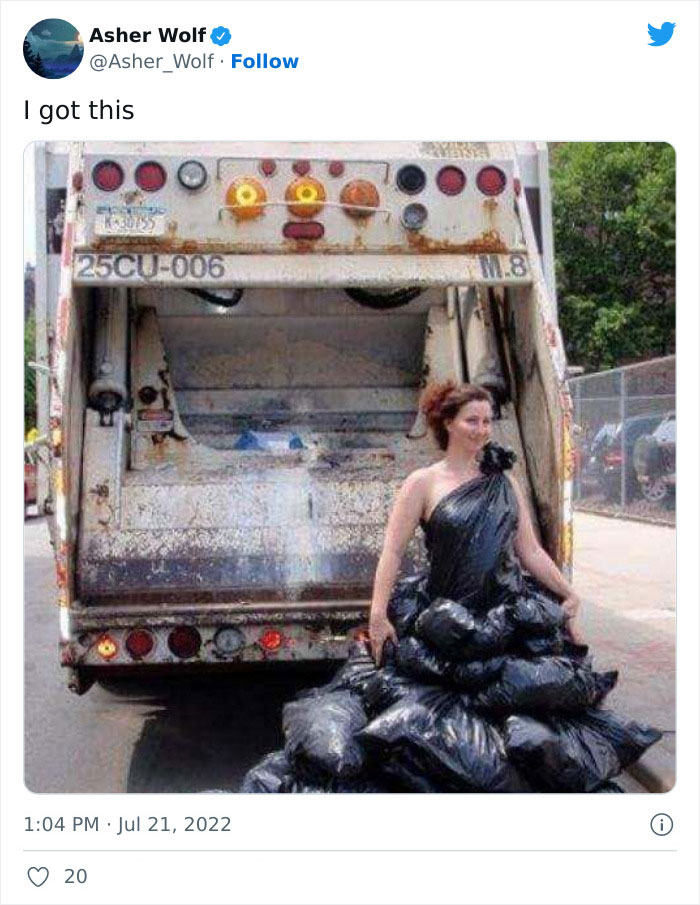 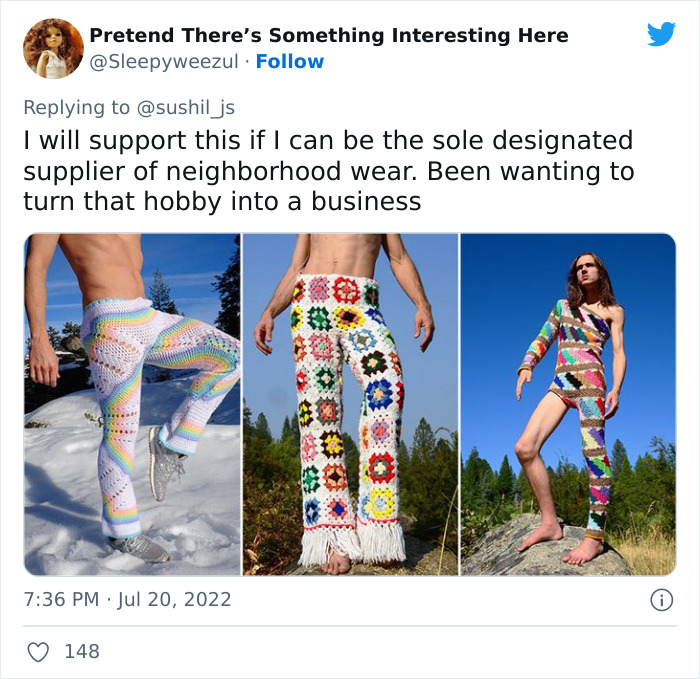 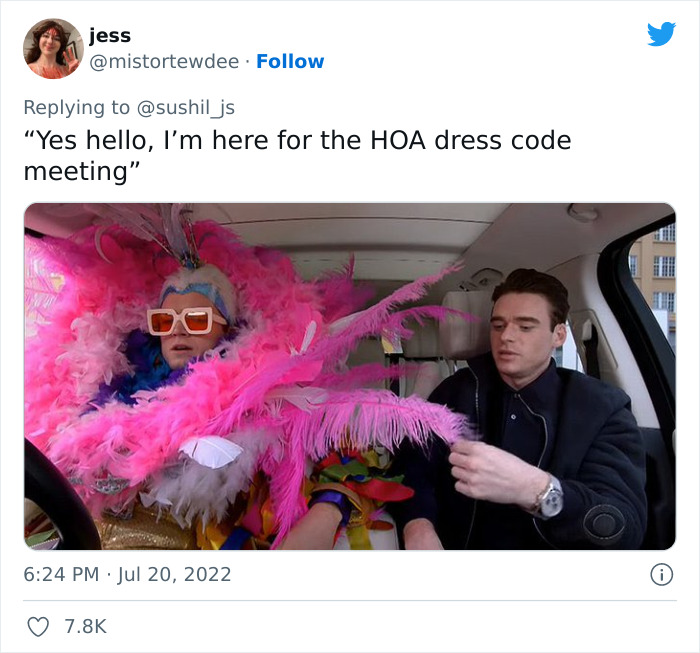 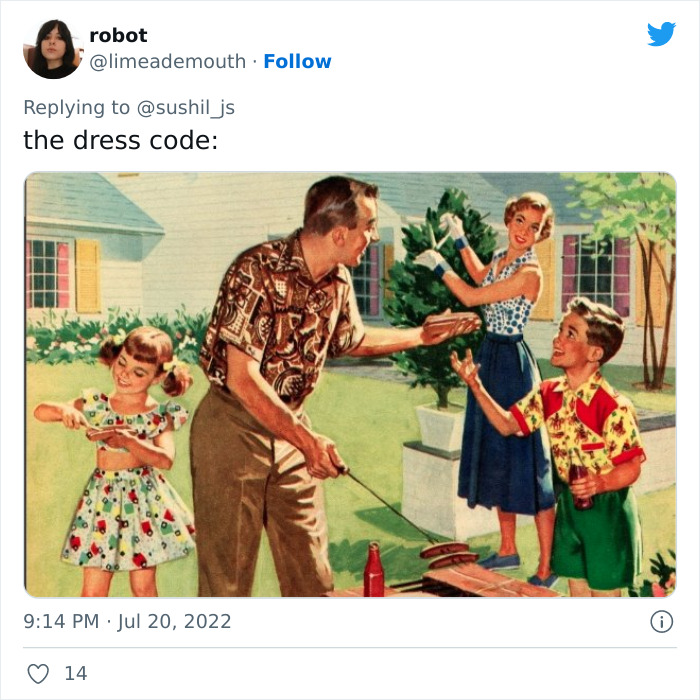 The post Neighbor Suggests A Dress Code Be Implemented, And People Destroy Them Online first appeared on Bored Panda.