The mission of The Museum Neon Art is simple and self-evident: collect and show neon, electric and kinetic artworks that lie at the gateway between artistic expression and scientific principle. For MONA’s latest exhibition, The Art of Plasma, they present a diverse array of imaginative neon artworks, reminding viewers that the inert and luminous gas isn’t just for glowing advertisements, but an artistic medium and material in its very own right. 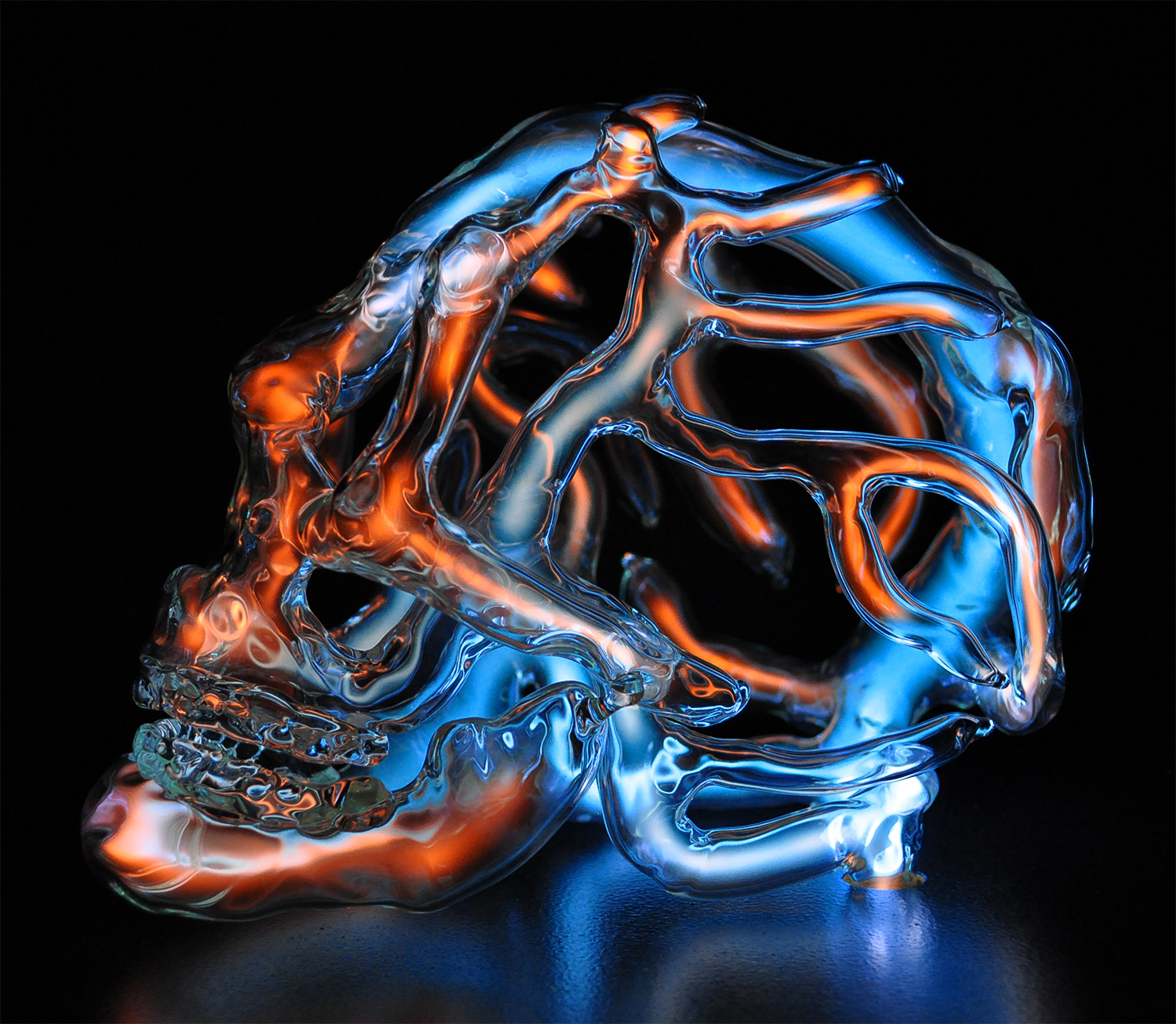 The works seen at The Art of Plasma, and created by the recently formed Plasma Art Alliance (PAA), are numerous and unique. Wayne Strattman’s Plasma Bot, for instance, is a vintage robot in the tradition of the Victorian era Boilerplate automaton, which glows in blue neon, making visible the electricity or plasma coursing through its system. The steampunk aesthetic also finds expression in Aaron Ristau’s Lens Centering Machine, which looks like a late 19th century sci-fi ray gun. More impressionistic and, indeed, gorgeous uses of neon can be found in Mundy Hepburn’s Hummingbird and Candice Gawne’s Anemone, which depict the two species named in work’s titles. 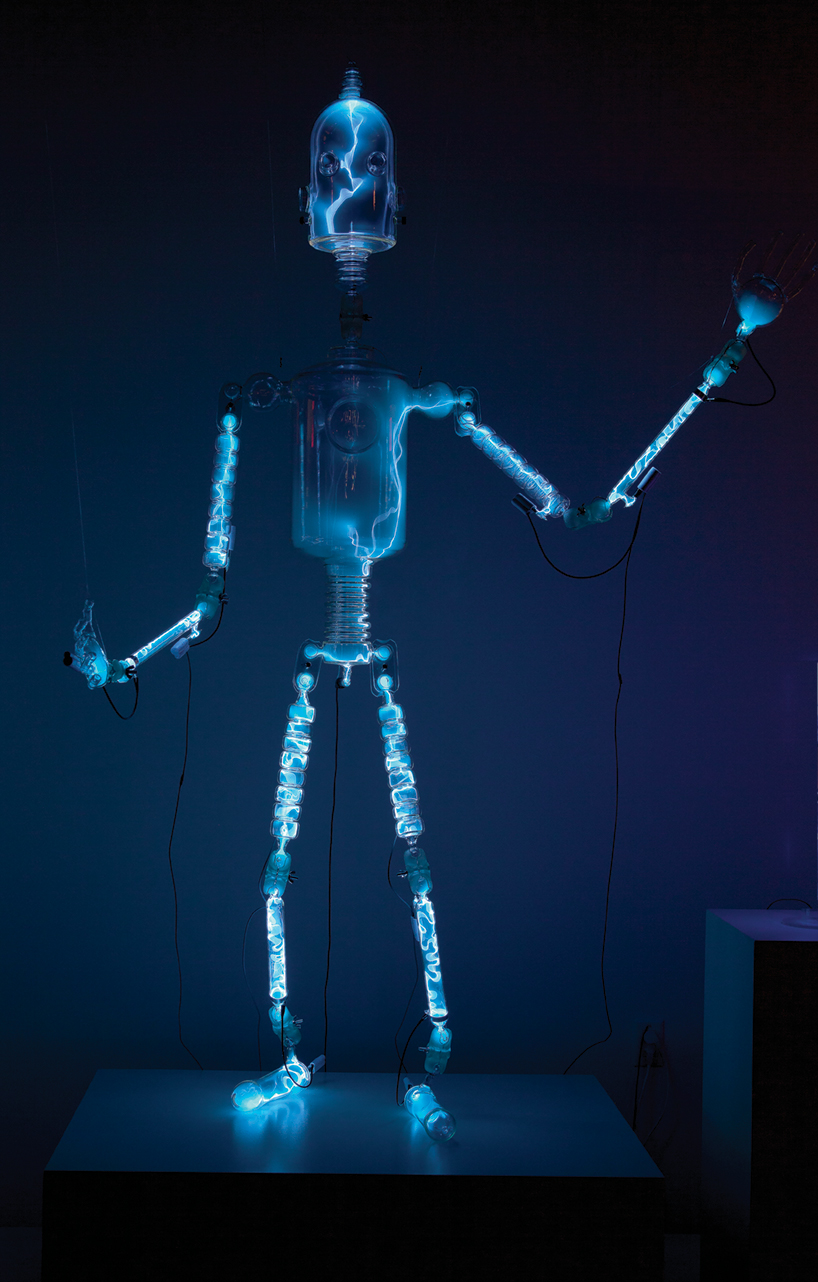 Yet despite neon’s presence in our everyday lives, MONA’s Kim Koga tells Creators that she is always amazed that young people don’t know that neon artworks and commercial signs are made of glass, gas, and high voltage electricity. She says that even people in the sign industry today don’t know what neon is, nor how it’s made.

“It is something that was totally taken for granted and never really thought about by most people,” says Koga. “However, it wasn’t completely ignored—everyone has a favorite neon sign from their past—but most never thought about the fact that the neon glass on it was made and installed by hand.” 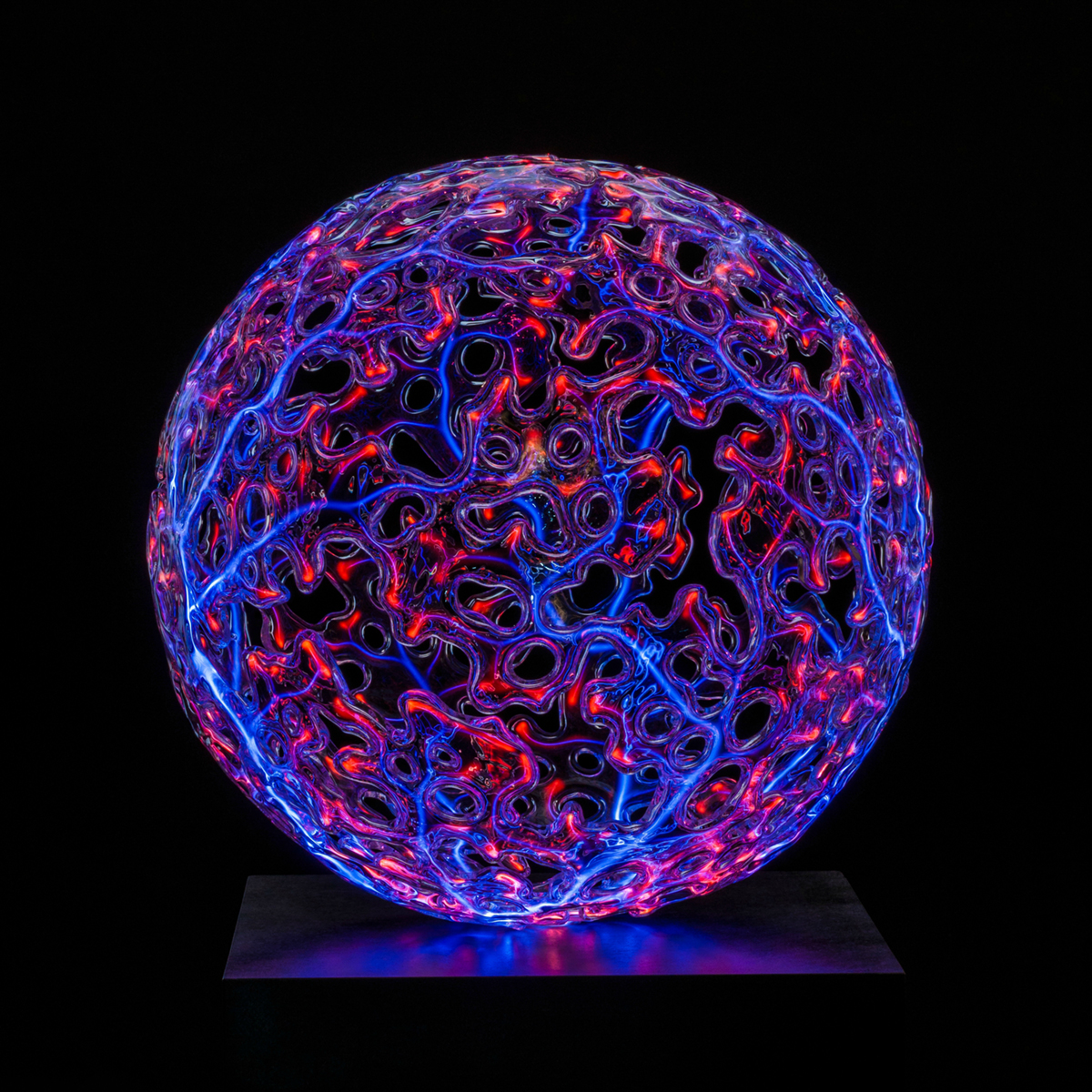 Koga curated MONA’s first group plasma exhibition back in 1999, which is when she realized that new visual effects were being developed and ideas explored by artists Hepburn, Strattman, and Ed Kirschner. Through these three artists, Koga learned that their respective students and younger artist acquaintances were making good new neon artworks—among them, Ristau, who runs the Plasma Appreciation Society. For Koga, now seemed a good time to revisit a group show to document the advancements in neon artistry.

“The plasma sculpture has evolved into more than a sphere or a cylinder, which were the first plasma art pieces by pioneer Larry Albright,” Koga explains. “He used pre-purchased spheres and cylinders made by Corning Glass Co. and filled them with gases and mounted them on bases in usually a steampunk theme. He was one of the first to do this and because of that he received several patents for his works with plasma.” 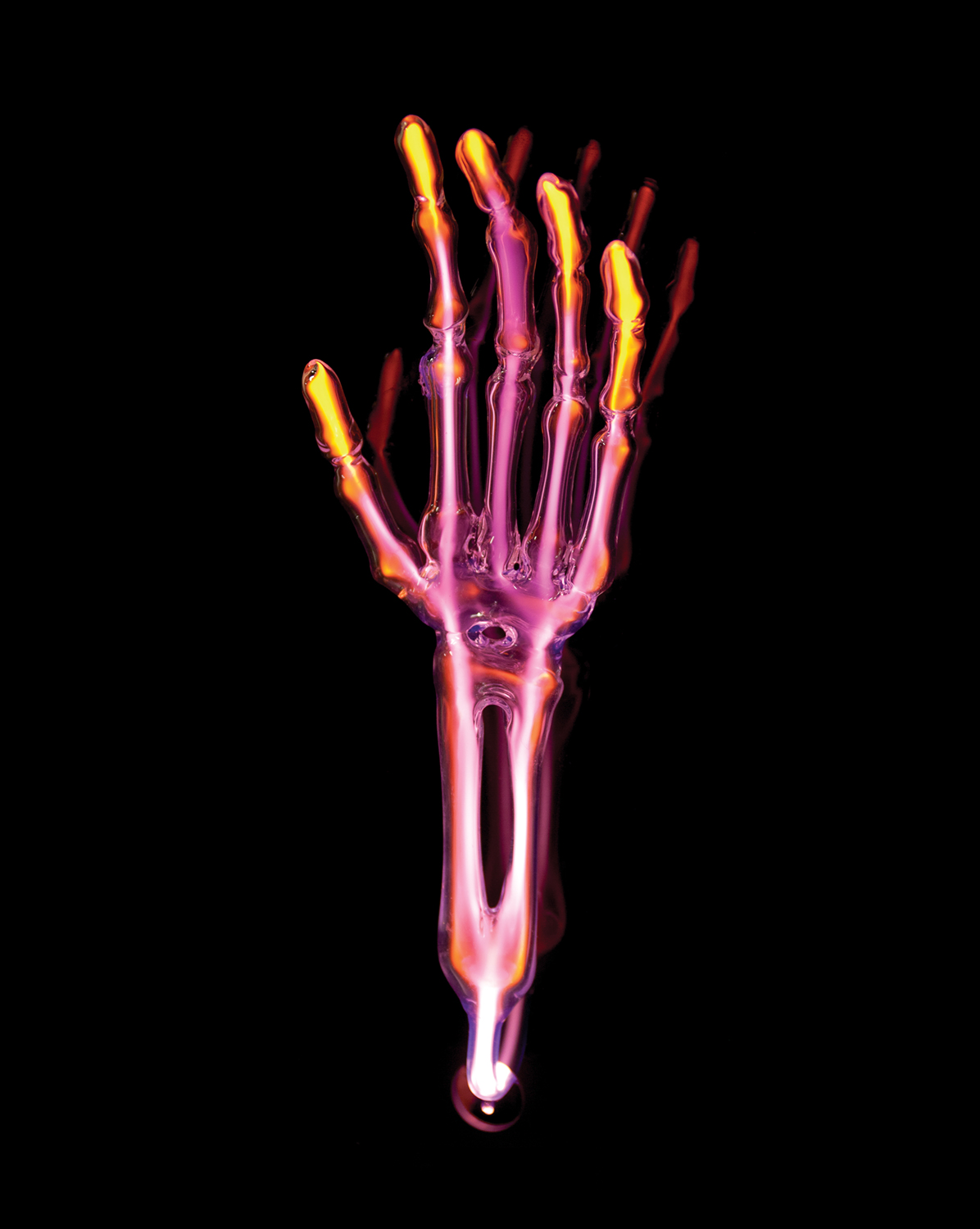 Koga notes that because of the global glass art movement, many glass artists have crossed over into the world of neon and plasma. The medium is now even being offered at glass school such as Pilchuck, Urban Glass, and Penland. Plasma glass artists are creating new forms of glass, says Koga, then experimenting with these forms to see what effects plasma will have within them.

“Plasma will react a certain way inside a glass sphere,” says Koga. “But inside a glass skull, or an abstract and invented form, it creates unexpected movements, color, and patterns.”

The plan is that PAS, formed after the exhibition debuted, will connect neon and glass artists, allowing them to share experiences and techniques that will hopefully expand the medium. The older neon artists, in particular, felt the need to their their experiences with newer artists, fearing that information could be lost if the didn’t act. But all of this would be for nought if people weren’t interested in neon art. 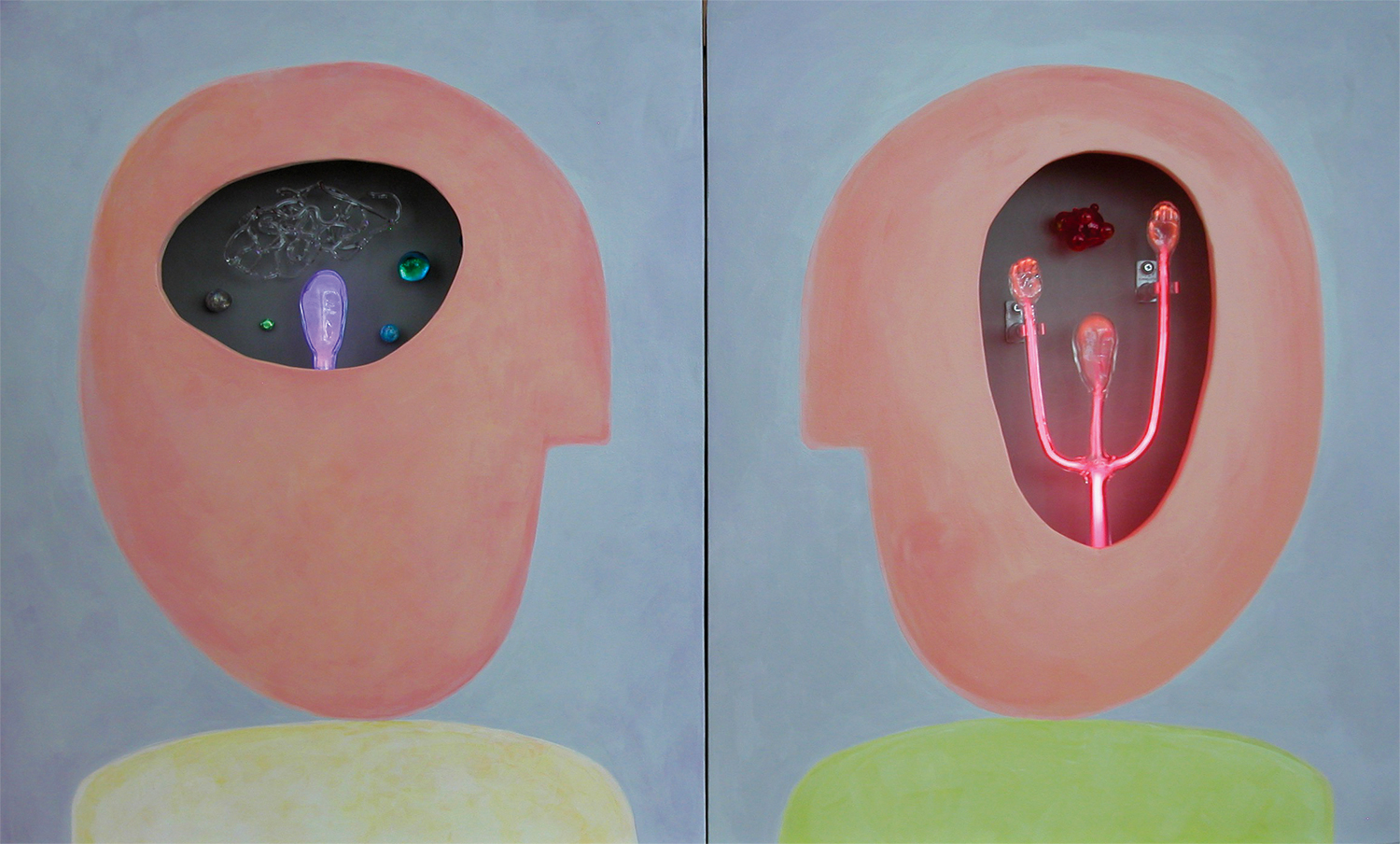 “We think it’s a primal attraction in the same way we respond to a beautiful rainbow, sunset, or campfire,” says Koga of viewers’ curiosity about the works in The Art of Plasma. “Something in the primal instinctual part of our brain responds to and is attracted by the color of nature and sensuous glowing objects.” 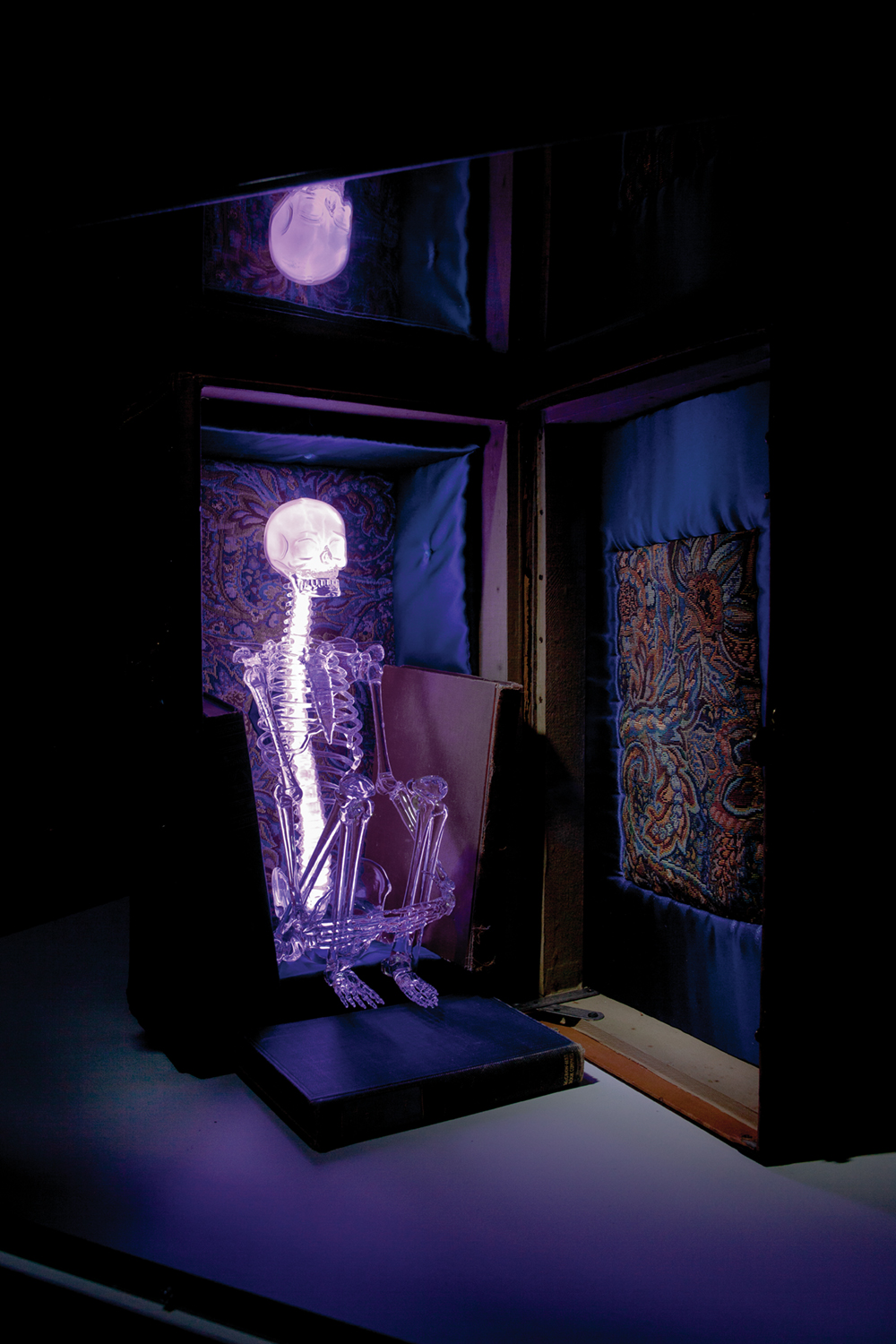 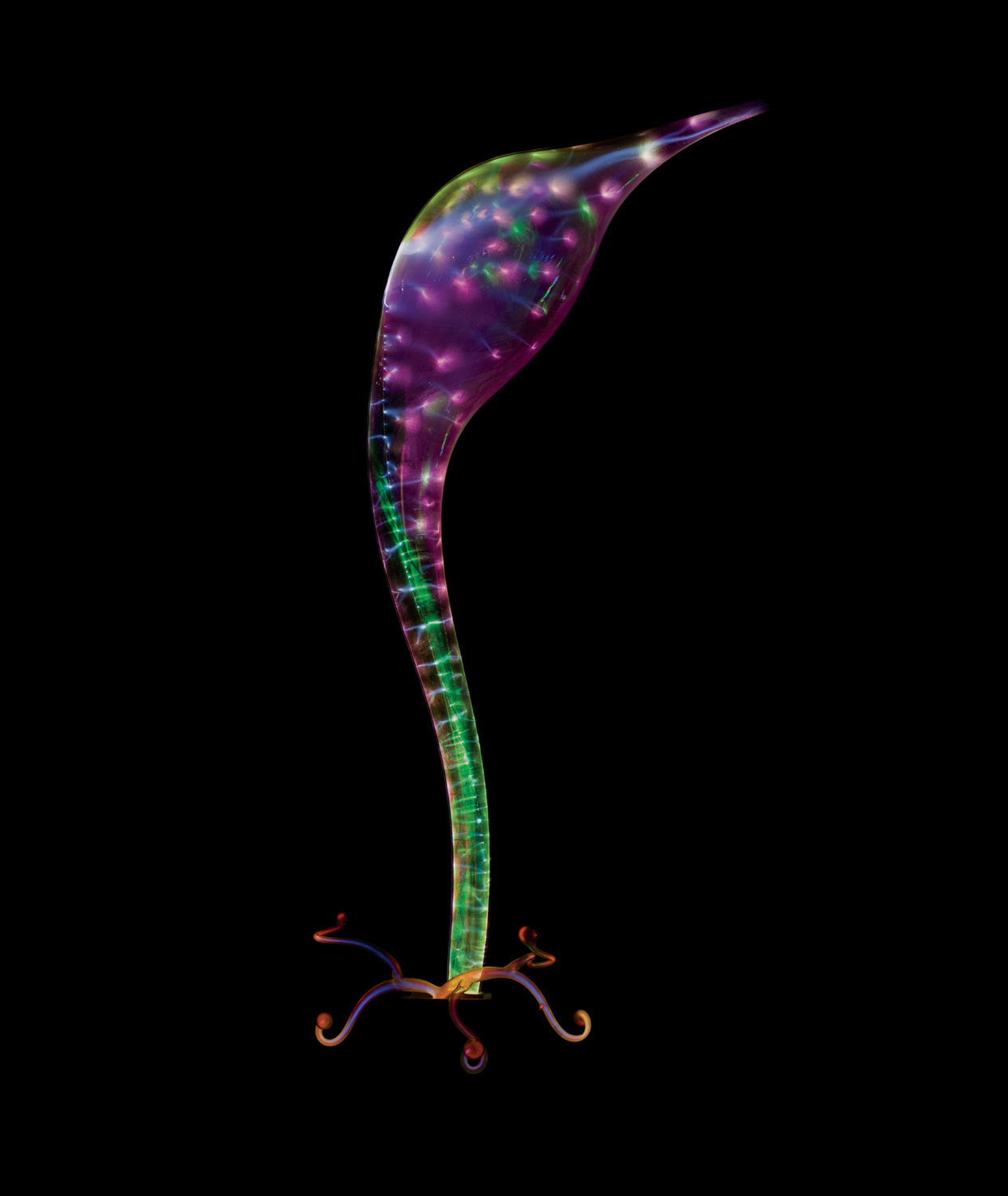 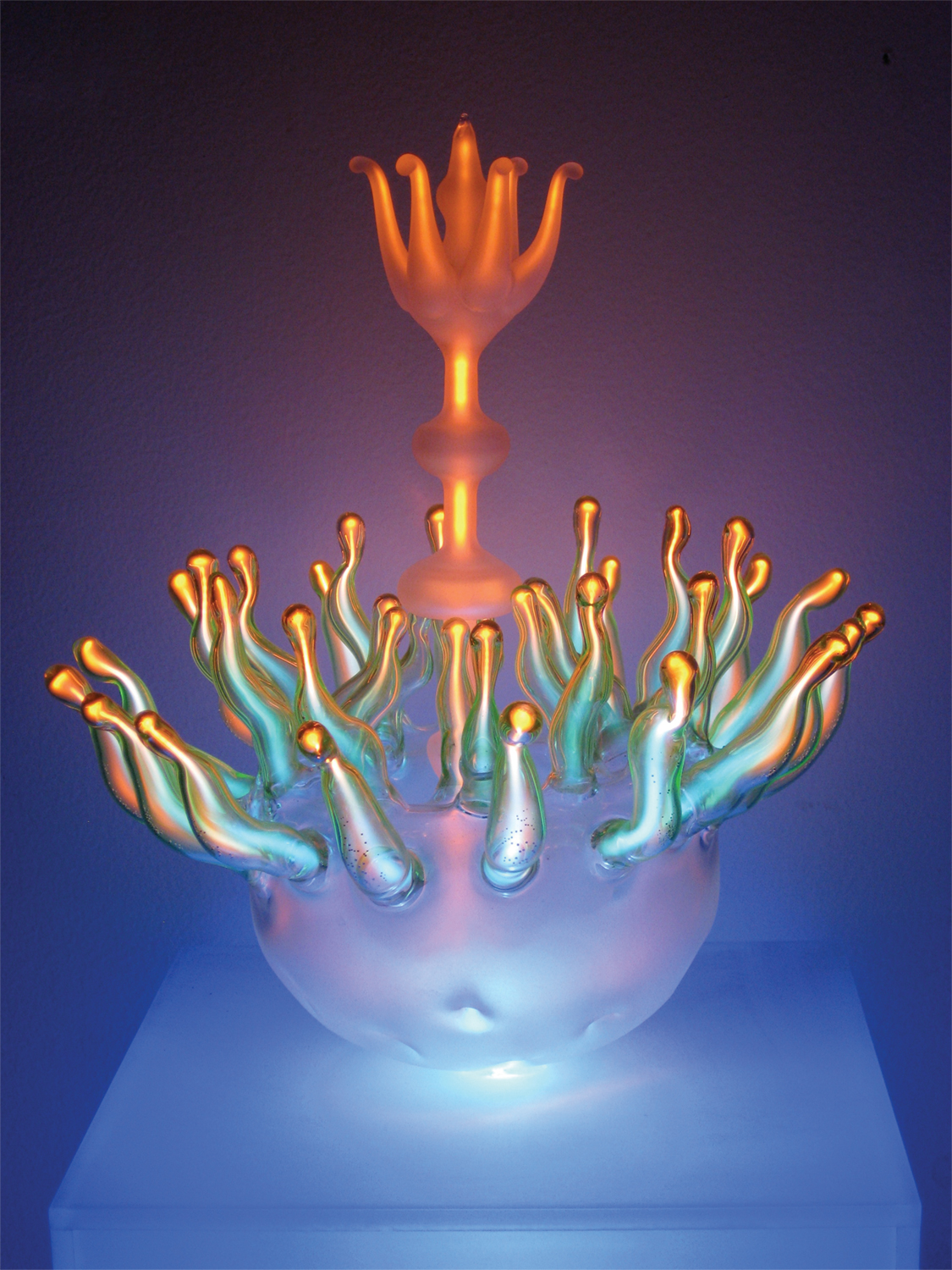 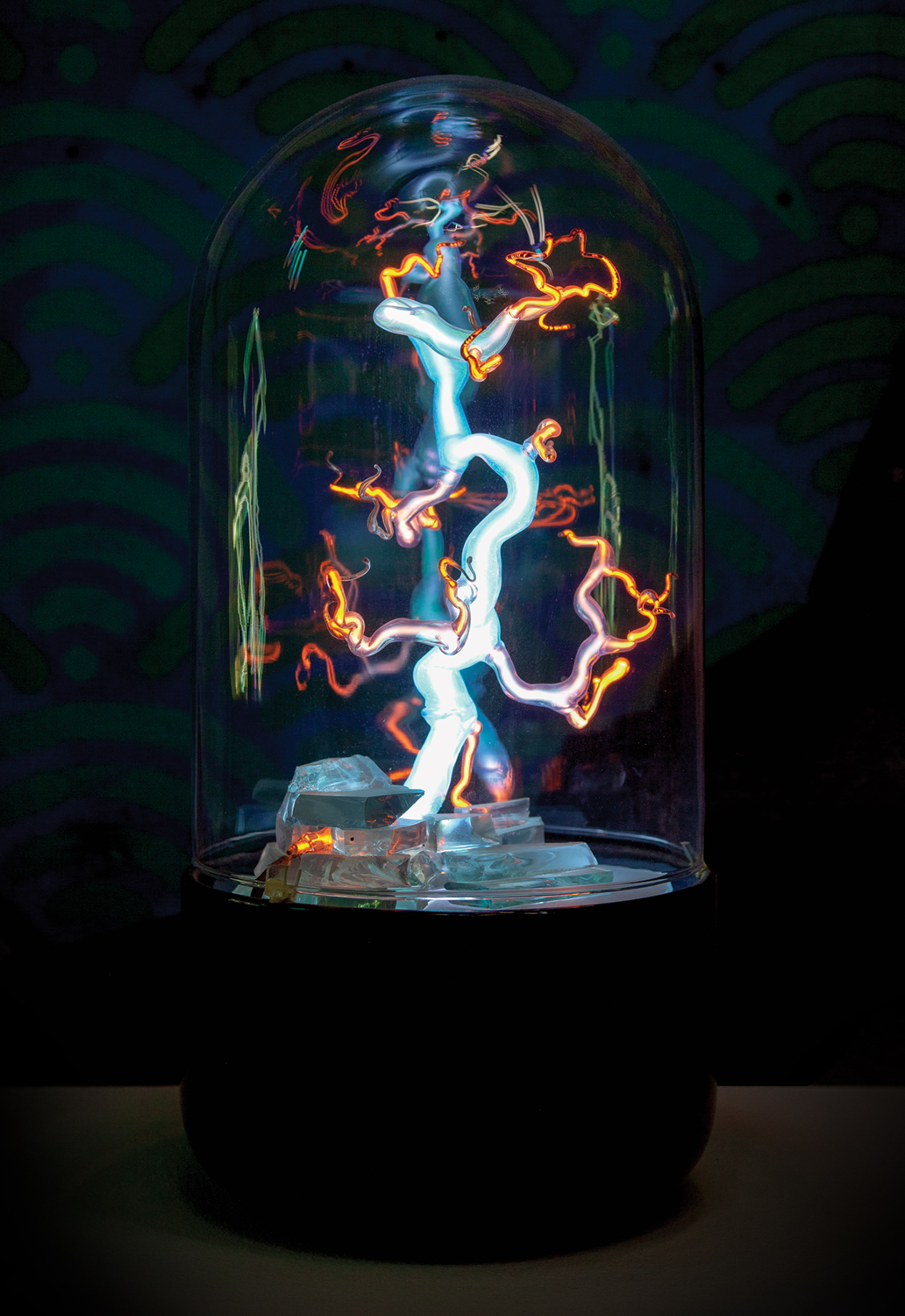 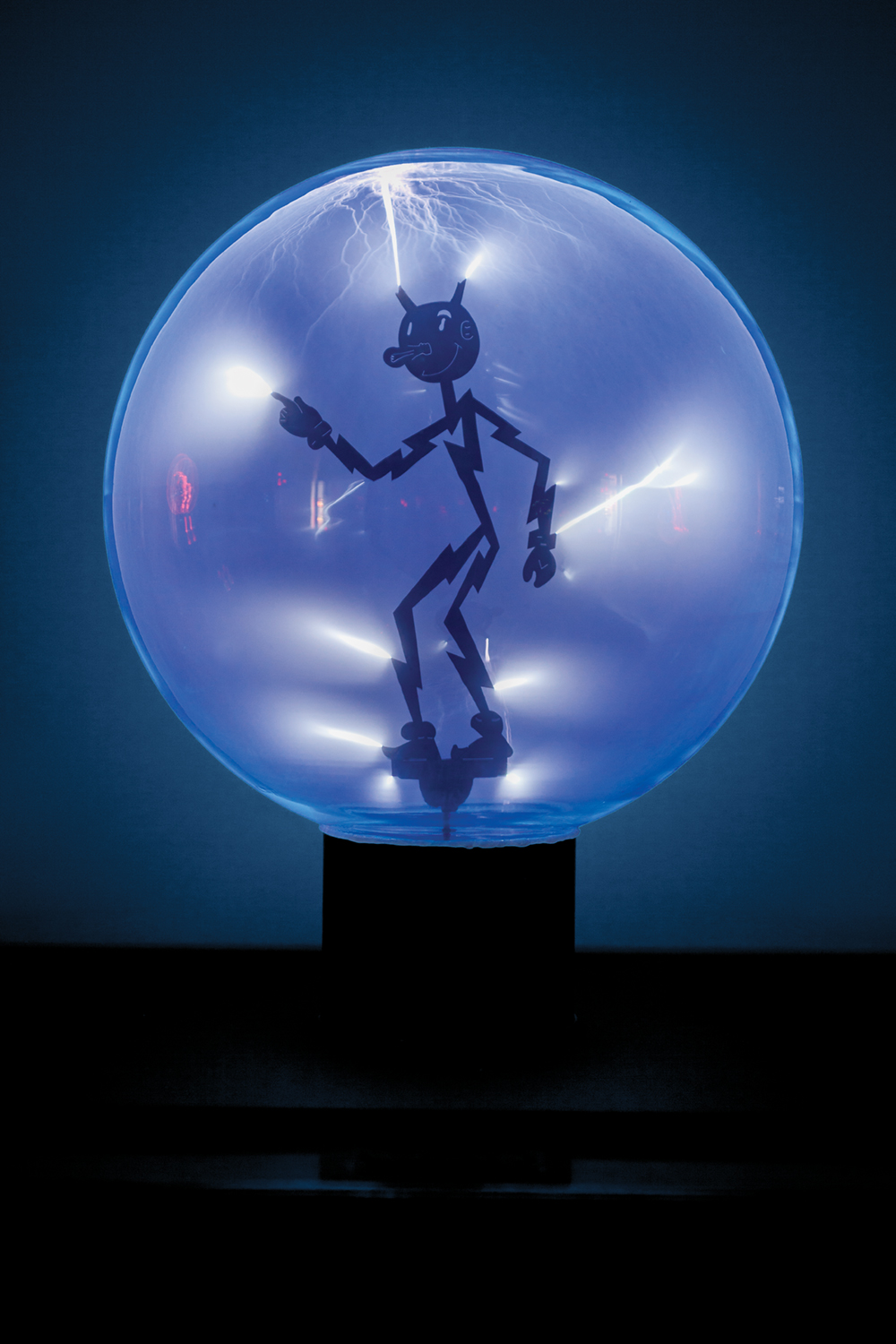 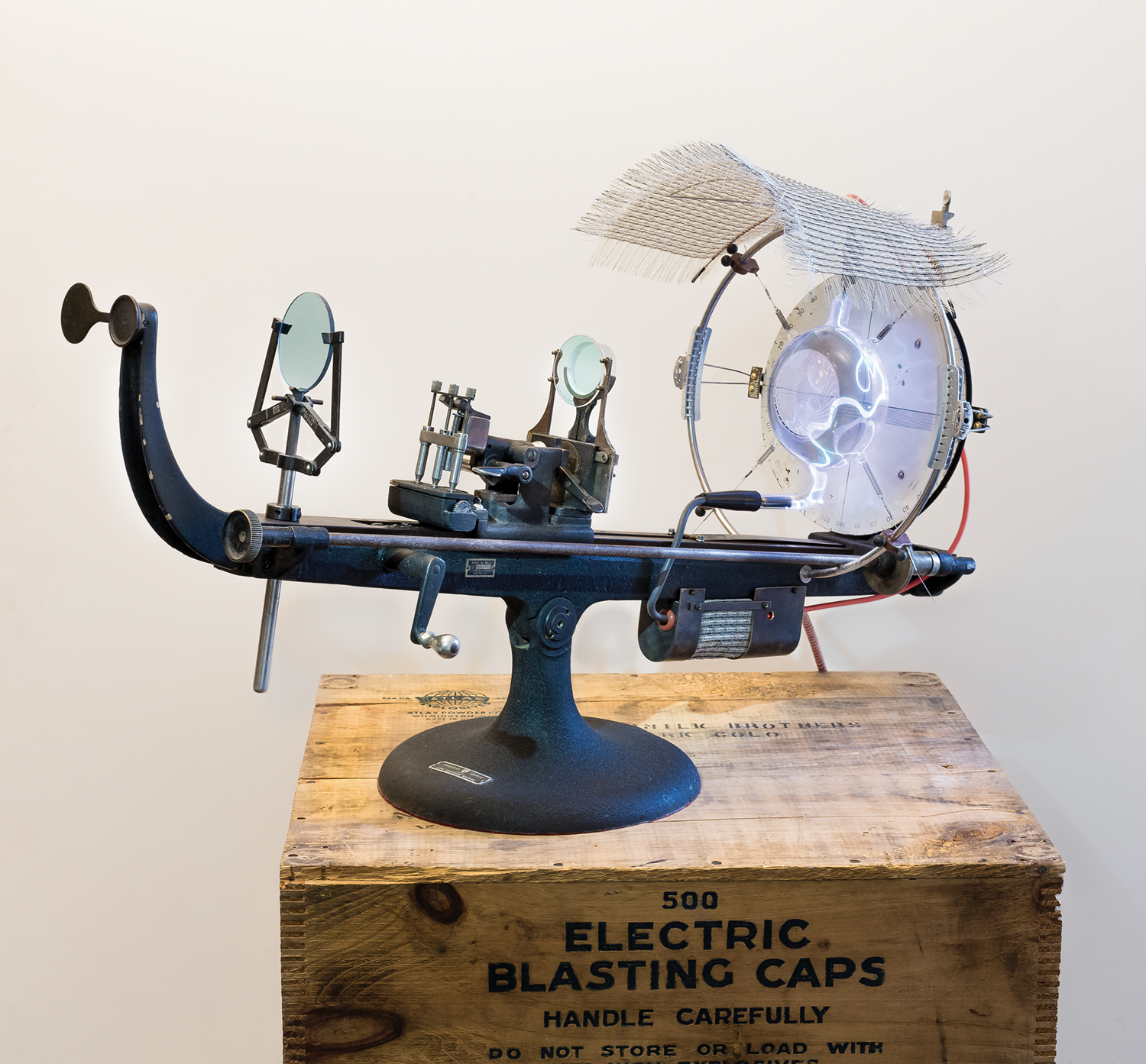 Click here to check out more of MONA’s events.