All images courtesy of Volume Co., shared with permission

The foundational idea behind Liam Wong’s new book is that “real life is just as potent, bizarre, and interesting as things we can imagine.” Released by the crowd-sourced publisher Volume, After Dark is a follow-up to the Edinburgh-born photographer’s first monograph, TO: KY: OO, which captured the empty Japanese streets under the glow of neon lights. Now Wong similarly documents city life with his signature cinematic style, although he ventures beyond Tokyo to unveil the nightlife of Osaka, Kyoto, London, Seoul, Paris, and Rome in wide, gleaming panoramas.

The 176-page book pinpoints instances of urban solitude and reveals a universal sense of loneliness that falls on a city when most of its residents are asleep. Wong (previously) tends to frame temporarily abandoned pockets of a business district or bustling neighborhood that will likely be chaotic with passersby in a few hours, giving his shots a futuristic bent that’s more evocative of a cybernetic video game than typical street photography. After Dark captures “the eerie emptiness of London’s Piccadilly Circus at 4:00 a.m., Seoul’s late-night taxi drivers moving along hushed roads, two birds sharing the warmth of neon sign in Hong Kong’s TSM District, and a salaryman waiting on an empty subway platform in Tokyo’s Akihabara district,” a statement says.

Signed and collector’s editions of After Dark, including one packaged with print, are available to fund now on Volume’s site. You also can purchase prints in Wong’s shop, and find more of his photos on Instagram. (via It’s Nice That) 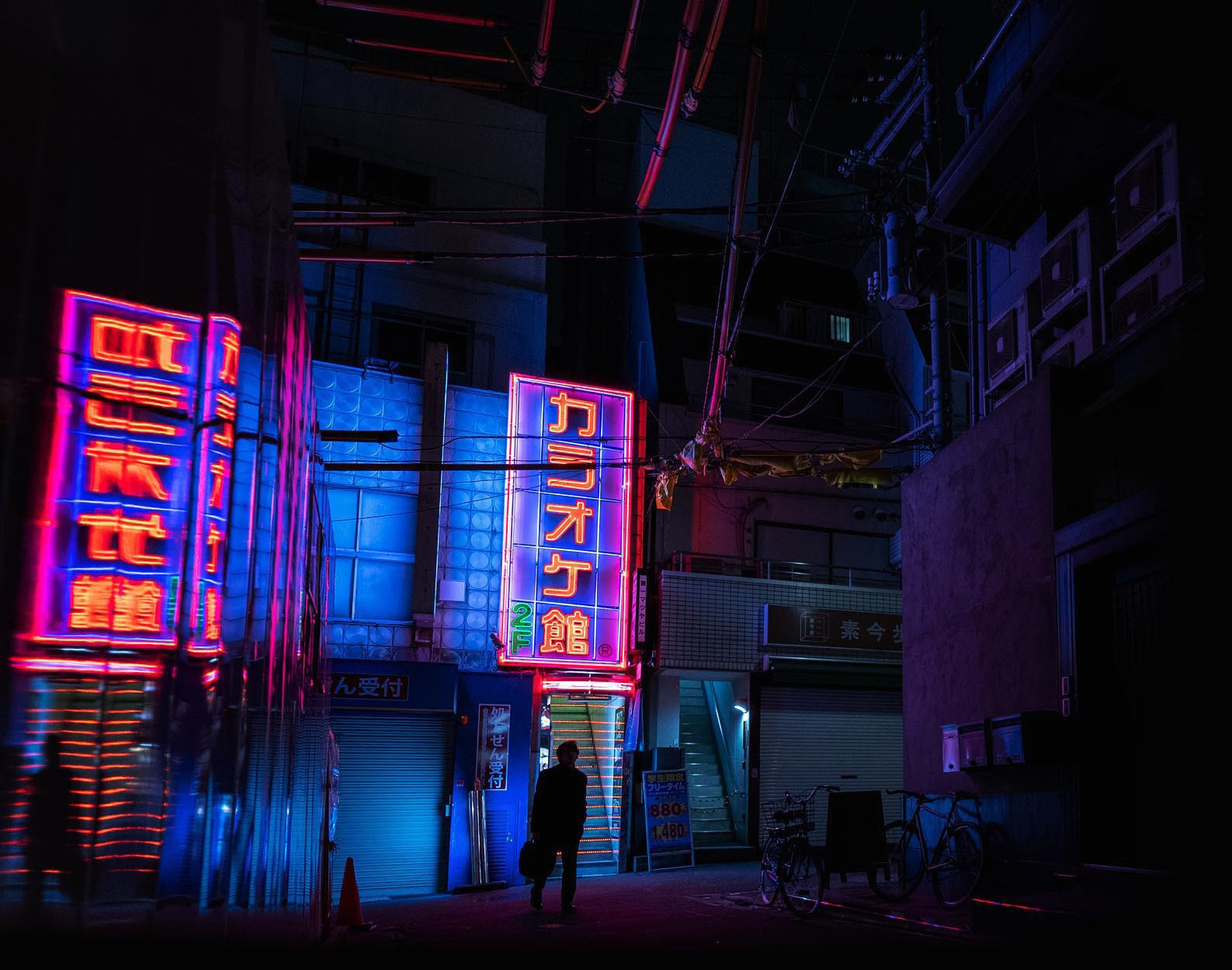