Take certain bird species, for instance. Corvids, crows, parrots, that sort of thing. No opposable thumbs. But they are geniuses, all things considered.

And this one Tumblr thread has explained just how smart these birds—and specifically, keas—are. The viral thread explains, in an extremely entertaining way, what makes keas intelligent, and hence mischievous.

Keas might not have opposable thumbs, but they are an extremely smart bird 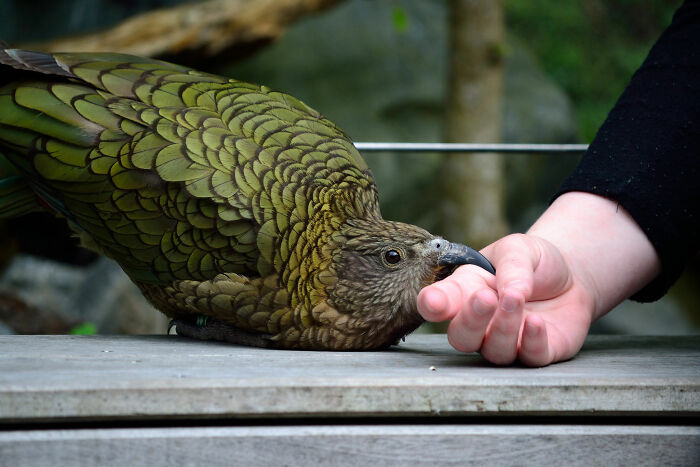 Tumblr user (Tumblonian? Tumblrer? Pple of Tumblr?) homunculus-argument expressed their fascination with corvids and parrots. In particular, they pointed out just how darn smart these birds really are.

But, there is one significant distinction that has to be made here: corvids seem more serious in how they make use of their intelligence, whereas parrots… well, let’s just say they are great at parties for a reason.

And one Tumblr user pointed out the unique way their smartness manifests, compared to equally intelligent crows 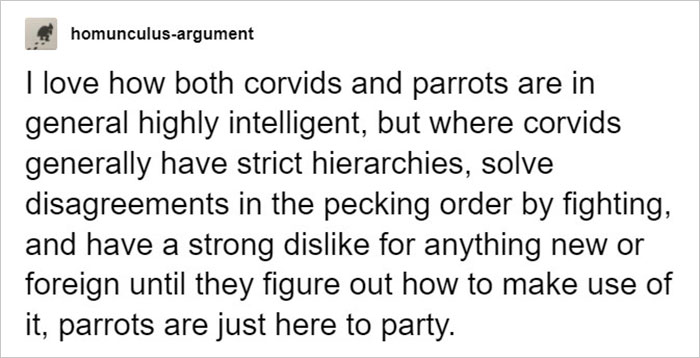 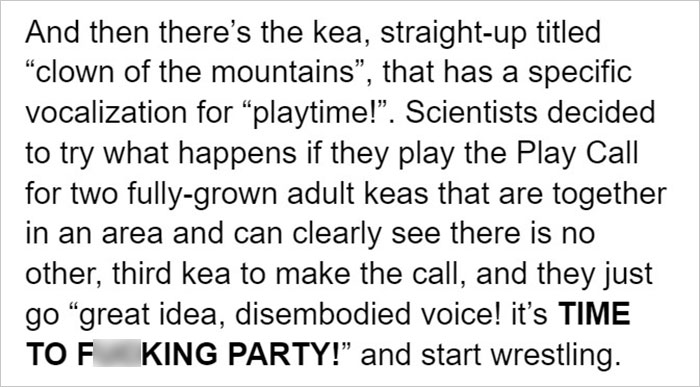 Homunculus specifically referred to keas, a species of large parrots native to New Zealand. The “Clowns of the Mountains”. Apparently, this species has a very specific vocalization for “playtime”.

Smart people, also known as scientists, have determined that playtime can be elicited between two keas—just two, completely alone to themselves—by playing that one specific vocalization. The keas, completely ignoring the fact that there is a disembodied voice calling them to play, just start going nuts.

OP gave an analogy of their respective intelligence in a Bird University sketch they did, so props for that! 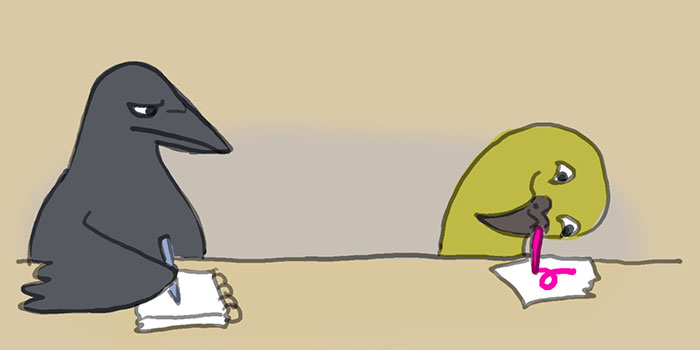 OP exemplified this corvid-parrot difference by explaining the two birds as “students”: the crow, who has made it into the top university to study astrophysics, sits down for “Very Serious Class 101”, fully determined to excel in every possible way… and the guy next to him “is taking notes without using his hands, with a glitter pen he’s shoved up his nose.” Surprisingly good notes, mind you.

They even provided a neat illustration of it. Props.

But as pointed out above, keas are smart in their own crazy way, which you can see in how they initiate playtime

Enter Tumblronian trixree, who took it a step further with the explanation. They first start off by explaining that there is this gene—PLXNC1 or “Plexin”. Apparently, it’s responsible (among many things) for increased neuron function, and correlates to increased cognitive ability in humans, mostly in language.

Turns out, parrots have that. And, using genomic alignment tools, Trixree broke down the gene’s sequence and made a human-parrot comparison. Surprisingly, the kea carries the gene with a 79.42% identity compared to humans.

The bird, notorious for its mischievous nature, carries a language learning gene, homologous to ours as a species, signifying its superior learning and intelligence aptitude. And they use that to troll tourists and enjoy life whenever a random playtime noise comes up.

Not only that, but the bird’s cognitive ability also includes predictive reasoning—you know, being able to understand that your actions have consequences and the like—and that’s highly advanced for an animal. Heck, some folks can’t even do half of what keas can cognitively—that’s how advanced they really are.

Trixree concluded with “the kea really said: ‘I will use my superior intelligence to have a good [effin’] time’ and that’s so powerful honestly.”

Using genomic alignment tools, the Tumblronian deduced that the Plexin gene is actually ~80% similar between humans and keas 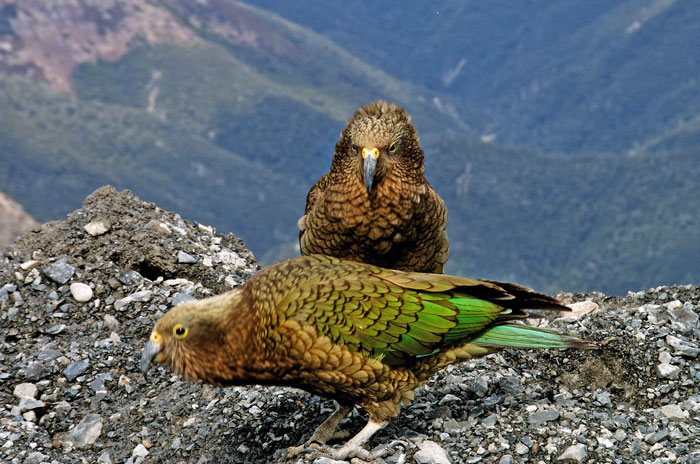 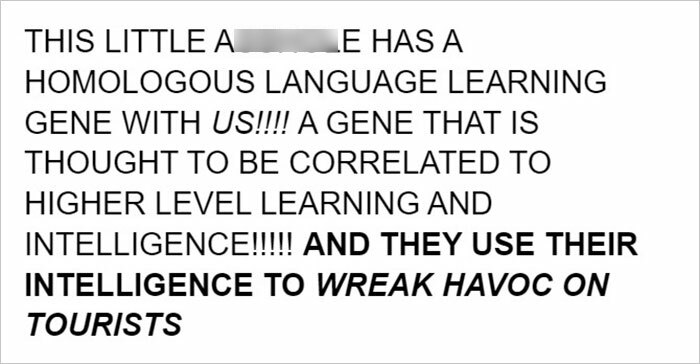 Scientific American has a video exemplifying this playtime among keas, explaining that this “giggle” (vocalization) puts them into a kind of playful frenzy. This can manifest into anything from pouncing and wrestling to aerial acrobatics.

As for how mischievous keas actually are, there is CCTV footage of a kea pushing traffic cones in hopes of stopping cars—quite likely so that the contents of said cars would offer food as payment for opening up the road again.

But instead of boring everyone with science talk, they presented the information in a way everyone understands—anthropomorphism, swearing and all caps 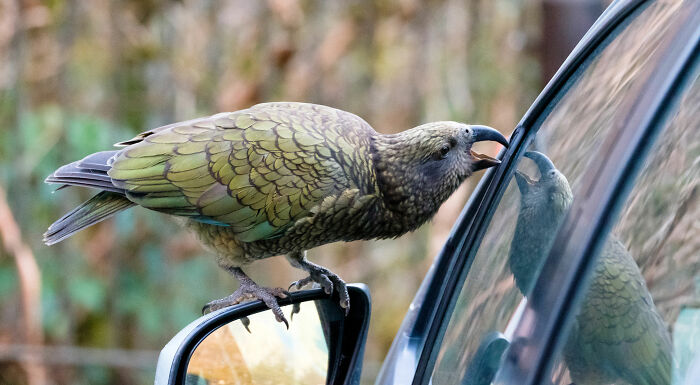 And then there was also that one time a kea stole a GoPro and flew off into the distance. Why? Why not? is probably what the kea was thinking. Maybe it’s for a ransom. The owner did end up finding the stolen camera and retrieving the unique footage.

But, back to the thread. The educational, yet extremely entertaining narrative of the post led to quite a bit of success on Tumblr, gaining nearly 94,000 notes from the Tumblrese people.

So, “the kea really said: ‘I will use my superior intelligence to have a good [effin’] time’ and that’s so powerful honestly.” 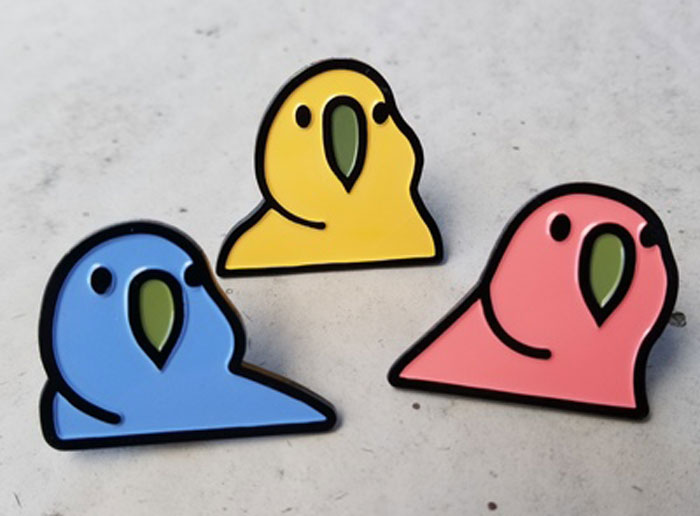 As always, you can check out the original thread here. Or if you want more amazing bird articles, here’s one, two, three, and four.

But before you fly off into the distance, why don’t you tweet, chirp or otherwise share your birdsy opinions about what you have learned here in the comment section below!

The post Netizens Are Loving This Humorous Tumblr Post Dedicated To The Intellectual Contrast Between Crows And Keas first appeared on Bored Panda.