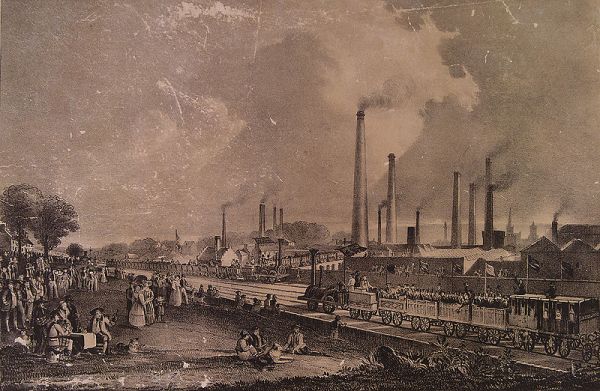 In the late 1700s, a lack of effective sewers and waste control collided with the rise of industrial factories and their resulting emissions to cause a pollution crisis. The air in cities looked disgusting and smelled awful. At the time, it was thought that “miasma” spread diseases, so if you cleaned up the smell, the risk of illness would abate. There were also great strides in science during this period, but chemistry appeared to outstrip biology at a critical point.

The decisive turning point in Europe emerged from the chemical studies of Louis-Bernard Guyton de Morveau. When Dijon’s local authorities implored him in 1773 to disinfect one of the vaults in the city’s cathedrals, Guyton tested out hydrochloric acid vapors. He reused this method a few months later in a prison.

These experiments were regarded as major victories against the hazards of infection and had an immense impact. For Alain Corbin, this disinfection constituted a decisive step in the cultural transformation of olfactory smells: Up to this point, the battle against miasma and pestilence was fought with vinegar-based and other aromatic compositions used against putrefaction; or fire to cleanse.

By the following year, the physician Félix Vicq-d’Azyr prescribed these kinds of fumigations to treat epizootic diseases in the south of France, while Étienne Mignot de Montigny and Philibert Trudaine de Montigny — both members of the French Academy — recommended similar practices to arrest the spread of contagious livestock diseases. In his two “Dissertations” on the waters of the Seine (1775 and 1787), Antoine Parmentier, scientific counsel to the lieutenant-general of police for Paris, asserted that acid and alkaline vapors contributed to clean air by neutralizing the miasmas dispersed in the atmosphere.

The rush was on to flood industrial plants with hydrochloric acid, chlorine, and caustic soda. And then to the hinterlands, where these chemicals could make swamps and garbage dumps smell better. What could possibly go wrong? Read about the era of better living through chemistry at the MIT Press Reader.  -via Damn Interesting