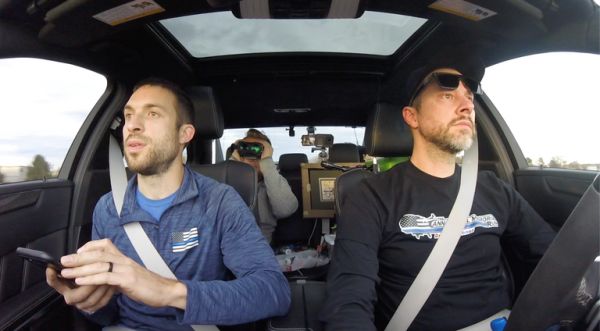 The Cannonball Run is an unsanctioned race route from New York City to Los Angeles. It is unofficial and unsanctioned because beating previous records means breaking the law all across the United States. But people keep trying, and occasionally they set a new record.

You may or may not be aware of its existence, but there’s a robust subculture within the automotive enthusiast community that obsesses over the New York-to-L.A. land speed record. Many of them even go so far as to race beater cars coast to coast every year (also against the law) in most-holds-barred Cannonball-style races called the 2904 and the C2C Express. Two members of the informal “fraternity of lunatics,” as it calls itself, are Arne Toman and Doug Tabbutt, who—along with a new-to-the-mania young spotter named Berkeley Chadwick—are the latest Cannonball champions. At least two dozen attempts are known to have been made by others since the last record was set in 2013, but only one managed to break 30 hours. Toman, Tabbutt and Chadwick succeeded not just in breaking a record many people thought would be difficult or impossible to break. They utterly destroyed it, making the trip in less than 27 and a half hours.

In that 27 hours and 25 minutes, they covered 2825 miles. They had to average 103 miles an hour to make it, but since they had to stop for gas, you know they were going faster most of the time. The team drove a 2015 Mercedes-Benz E63 AMG sedan that they highly customized and outfitted with extra equipment. Read about their run and see a video at Road and Track. -via Jalopnik