According to the University of Portsmouth, scientists have discovered the fossils of a previously unseen dinosaur with an unusual feature. “The new species, Ubirajara jubatus, was chicken-sized with a mane of long fur down its back and stiff ribbons projecting out and back from its shoulders, features never before seen in the fossil record.”

An international team of scientists co-led by Professor David Martill and researcher Robert Smyth, both at the University of Portsmouth, and Professor Dino Frey at the State Museum of Natural History, Karlsruhe, Germany discovered the new species while examining fossils in Karlsruhe´s collection.

“What is especially unusual about the beast,” said Professor Martill, “is the presence of two very long, probably stiff ribbons on either side of its shoulders that were probably used for display, for mate attraction, inter-male rivalry or to frighten off [foes].” 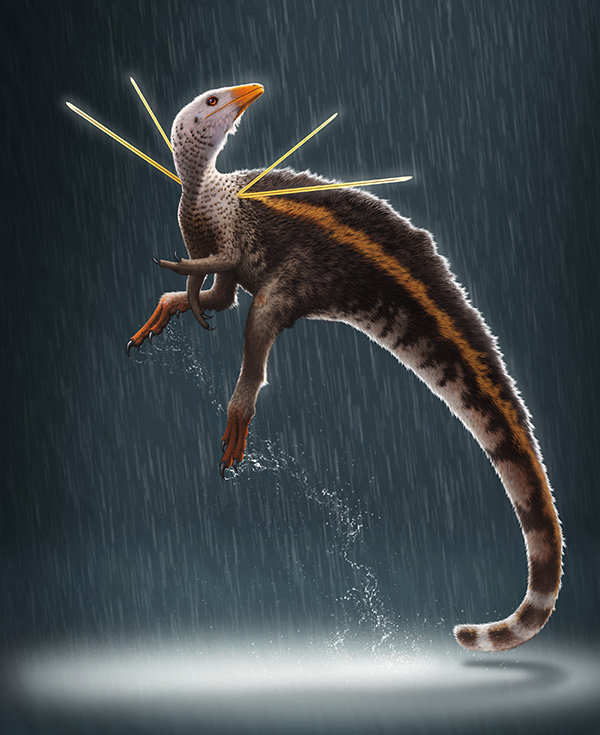 Looks cool, but, uh…where’s the rest of it?