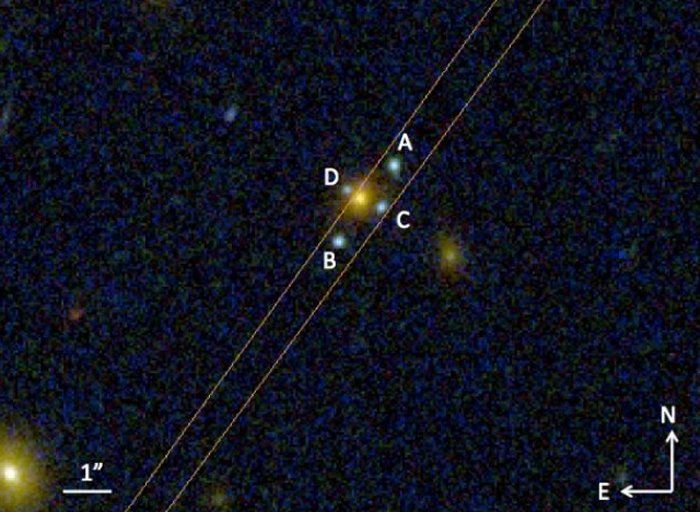 Spotted by the Gran Telescopio Canarias combined with images from the Hubble Telescope, astronomers have discovered a new Einstein’s cross which confirms a phenomenon called gravitational lensing which he had predicted in his Theory of General Relativity.

In his theory of general relativity, Albert Einstein said that the trajectory of light curves in the presence of matter. This effect can be observed in the case of light emitted by a distant galaxy, when its light passes close to another galaxy on its way to the observer.

Form & Refine Furniture Shows off the Excellence of Danish Design

Pair Makes Olli to Allow Anyone to Create Their Own Workstation