Gizmodo‘s Victoria Song recently attended Toy Fair, where she spotted something that would have blown my mind as a child: An Etch-a-Sketch that lets you draw arcs and circles, without having to “staircase” it. 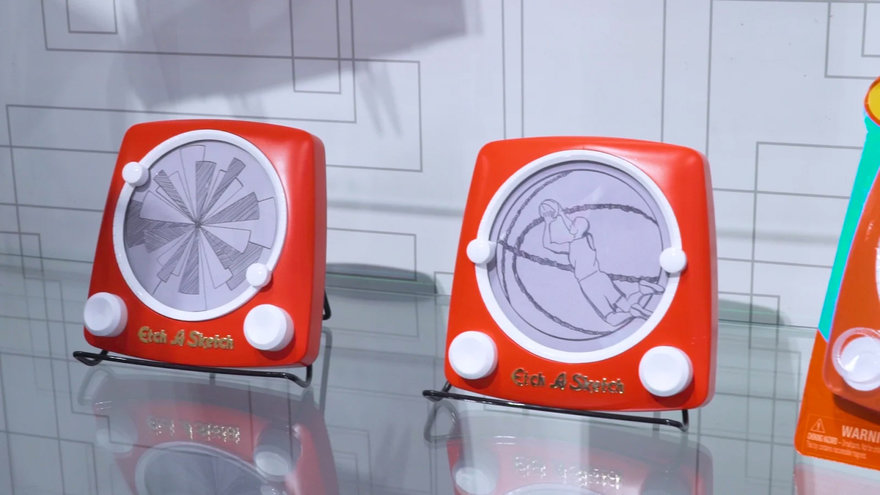 Like you, I was dying to know how this thing works. Luckily Song captured it in GIF:

By the bye, the reported price is just ten bucks!