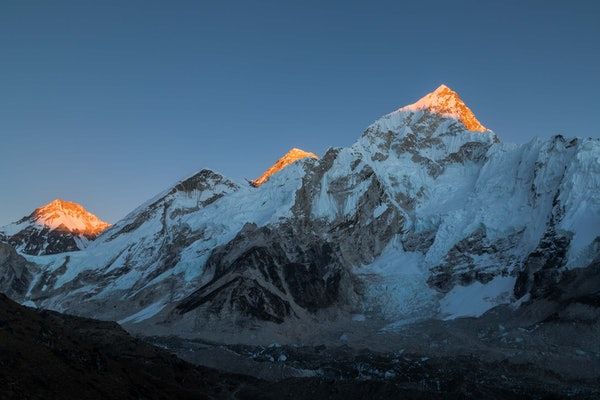 A glacial lake was spotted in a remote region in the Northeast Himalayas. The reddish-brown lake was discovered thanks to satellite images taken over the past 20 years. The Indian Space Research Organization (ISRO) reported that the body of water is situated 5060 meters above sea level, near the Zanskar valley, Ladakh in the Himalayan range:

It is 11 kilometers (~7 miles) from the nearest village, and covers an area of approximately 0.2 square kilometers — about the size of New York City’s Grand Central Station. The lake is being fed by a northeasterly glacier, and the researchers suggest that it has either been formed or expanded due to glacial melt caused by climate change.

The team predicts that the reddish hue of the lake is caused by the dissolution or mixing of iron-rich minerals such as hematite and goethite in the area; a reaction likely catalyzed by chlorine levels in the water or microbial weathering of sub-glacial bedrock. Because of the unique geochemistry in the area, the molecules in the lake are reflecting light at longer wavelengths, giving the lake the reddish color.

The researchers hope to conduct a field study of the lake in the coming summer to better understand the ecology and glacial geochemistry.