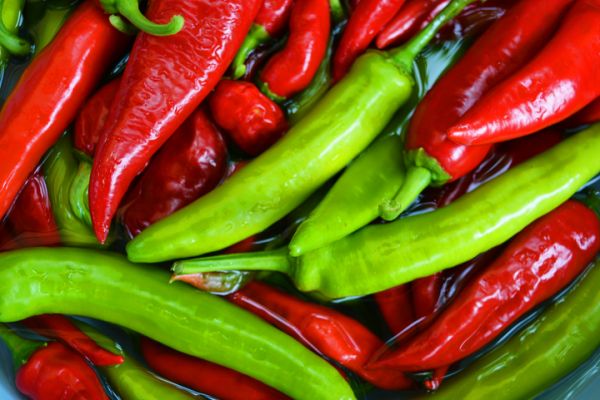 The Secretary of State of New Mexico informs us that her state has an official question. It is, simply, “Red or Green?” This is to say: do you prefer chile peppers that are red or green?

In Smithsonian, Doug Mack unpacks the complicated history of this simple question. It began with a debate in the state legislature of what should be the official state food. In 1964, high school student Helen Loera proposed to her history teacher, Arcenio A. Gonzales, who was also a member of the state legislature, that chile peppers be the official state vegetable. When the legislature was next in session, Gonzales did precisely that.

Despite partisan bickering over the issue, the motion was passed and chiles became the official state food. But the law was ambiguous because it did not state precisely which color chile pepper claimed official status.

In 1995, a bipartisan bill (red and green parties) passed a bill that decided to accept the ambiguity and assert that “Red or green?” is the official state question. Governor Gary Johnson considered it to be a waste of time and vetoed it. The next year, the legislature sent the bill to the governor’s desk again and he gave in. Now New Mexicans can remain patriotic while disagreeing over the correct color, which is of course green.