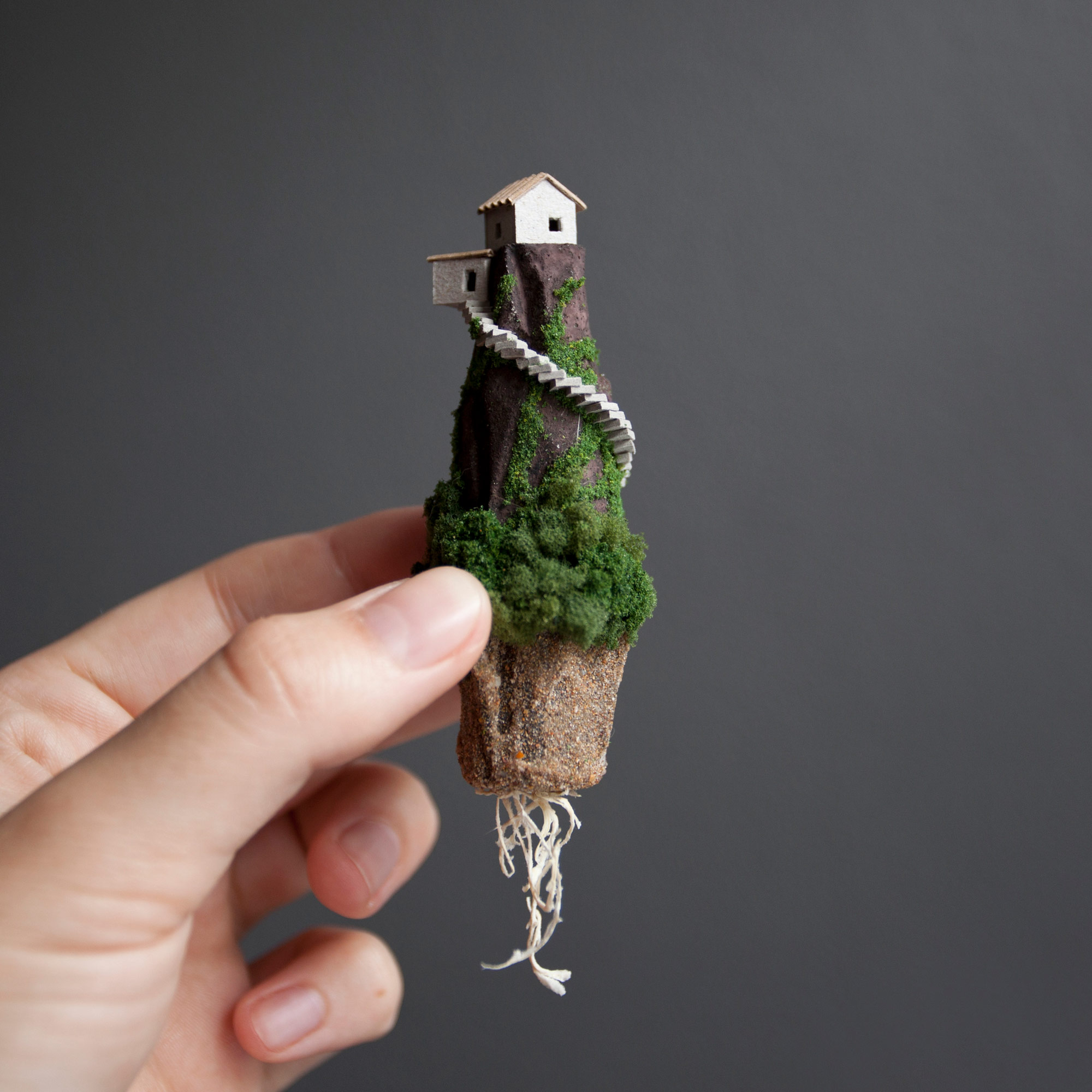 Designer Rosa de Jong produces micro homes that are built into the side of tiny cliffs constructed out of cork. Her miniature environments are covered in fake moss and dotted with modeling trees, which add an enchanting element to the small homes. Previously she has suspended her creations in glass tubes, which created the illusion that the works were floating in mid-air.

Her most recent pieces hang between two panes of glass and are secured with thin wires. De Jong collaborated with her father to create the wooden frames for the structures, which include tiny wheels that allow the owner to adjust the position of the floating islands. Two of her new works, Remembered and Imagined, will be shown simultaneously at an upcoming dual-city exhibition which opens on August 24, 2018 at Antler Gallery in Portland, Oregon and August 30, 2018 at Paradigm Gallery in Philadelphia. You can see more of the Amsterdam-based designer’s miniature homes on Instagram and her Micro Matter website. It’s A Coin With A Moving Hand!

In The Netherlands: Teddy Bears Ride A Roller Coaster