If you saw a sign on the street that said “Danger: fierce hair puller ahead” and a hat next to it, would you take it? Assuming there’s no point in questioning why there is someone like that running around the city, of course. Call me crazy but my hunch says you would.

But when mother and Reddit user throwawayaitabra tried to prepare her friend for meeting her grabby baby and pointed out that the woman probably needs a bra to shield her nipples from his deathly grip, she not only chose to ignore the warning but also accused the mom of sexualizing her.

Needless to say, there were screams that day.

But the whole ordeal left the mom confused. She didn’t know what to think of her friend’s comments. So she did what every Redditor does in a situation like this; told the story to the “Am I the [Jerk]?” community and asked people to share their thoughts on what happened. 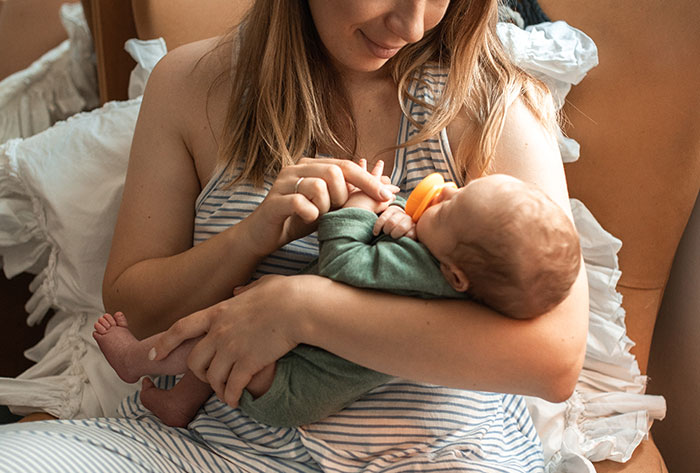 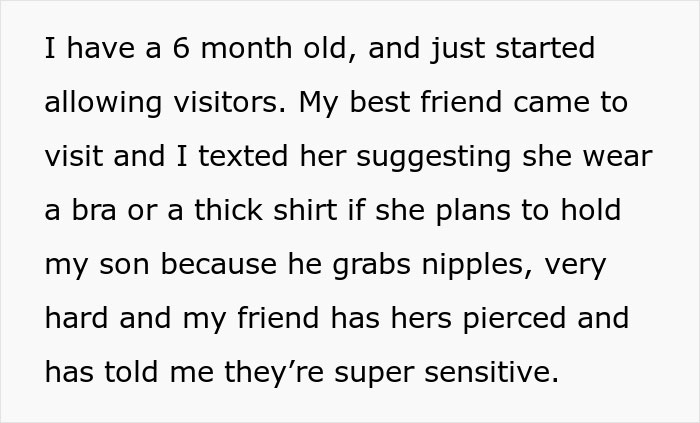 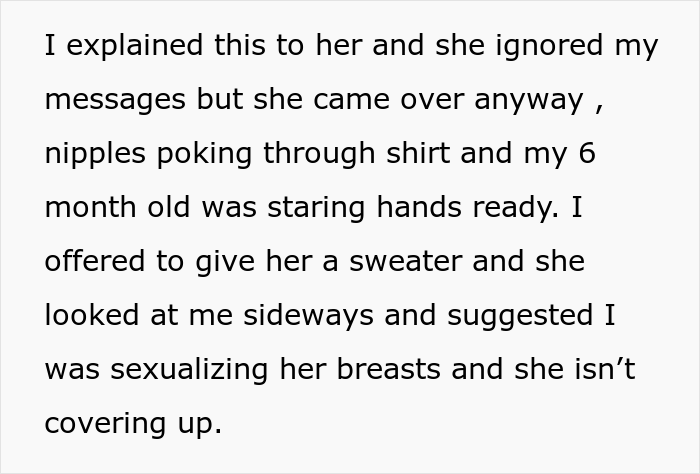 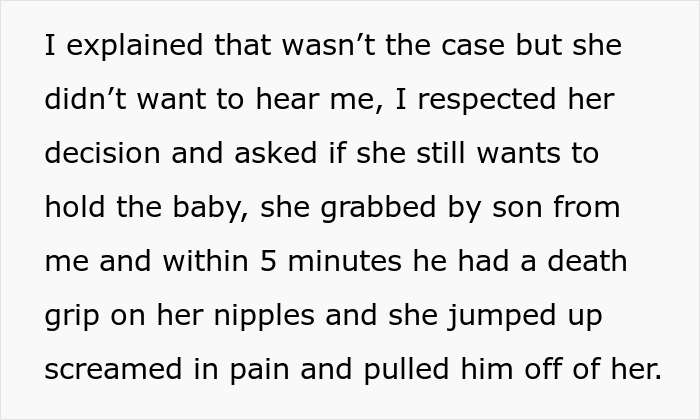 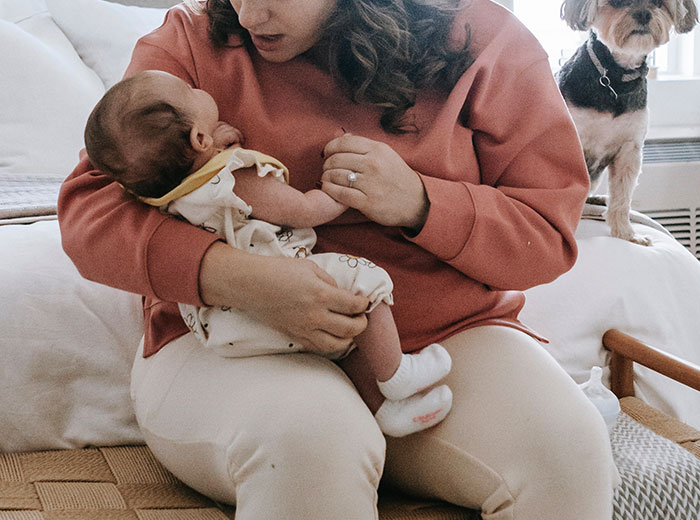 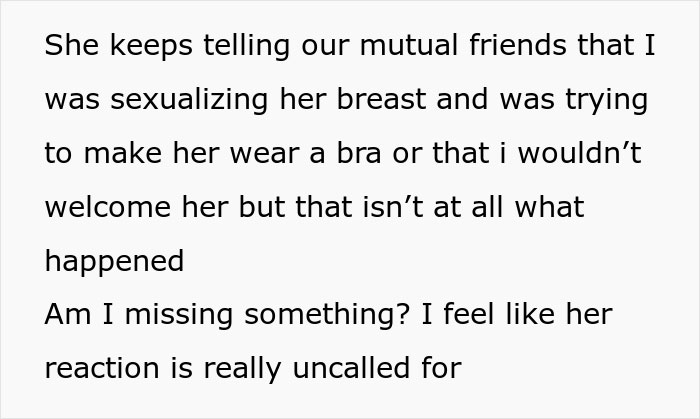 While the Redditor may have prepared herself mentally for potential bites when her child started teething, she might not have thought about him flicking and playing with a nipple he isn’t sucking on.

However, this habit, commonly known as twiddling, isn’t uncommon.

According to experts, it often starts around 6 months.

Twiddling may be affected by a variety of developmental and environmental factors. These include diminishing milk supply or the little one learning how to use a pincer grasp.

The baby may even go in and out of twiddling phases as they grow.

Very young newborns tend to be sleepy and need to concentrate on latching and sucking, older babies tend to fidget more while they feed.

As they become more mobile and alert, they may notice their mom’s other breast is within reach and want something to do with their hands.

Some babies and toddlers will even continue twiddling after they’ve been weaned, so parents want to keep an eye out for their children wanting to play with mommy’s chest even if they’re no longer being breastfed.

Just as there’s no one age of when to expect the twiddling to begin, there’s also no perfect answer for how to handle it. Some parents choose to ignore it if the act isn’t bothering them too much, but the Redditor said she’s already planning to put an end to it. “Don’t worry guys, my son will learn his lesson,” she said.

If you’re experiencing this problem as well, you can try several tactics, including:

Plus, it’s totally acceptable to have different policies for twiddling in public versus at home.

Coming back to our story, the members of the “Am I the [Jerk]?” community unanimously agreed the mom was being reasonable and didn’t overstep any boundaries—something they couldn’t say about her friend, whose number, in the eyes of the many, she should have deleted a long time ago.

But the author of the confession said she’s worthy of the benefit of the doubt. “She’s been through a lot,” the woman explained. “I’ve known her since we were 12 (I’m 26 now) and … she wasn’t like this growing up.”

However, the future of their relationship isn’t looking too good. “After this and reading all of your lovely comments (and I don’t mean that sarcastically), [I realized that] she’s a toxic friend who I can’t help unless she helps herself, [and] unfortunately, it looks like cutting contact might be the best thing for the both of us right now … I hope she seeks therapy because this behavior is not acceptable and I refuse to tolerate it anymore,” the woman said. 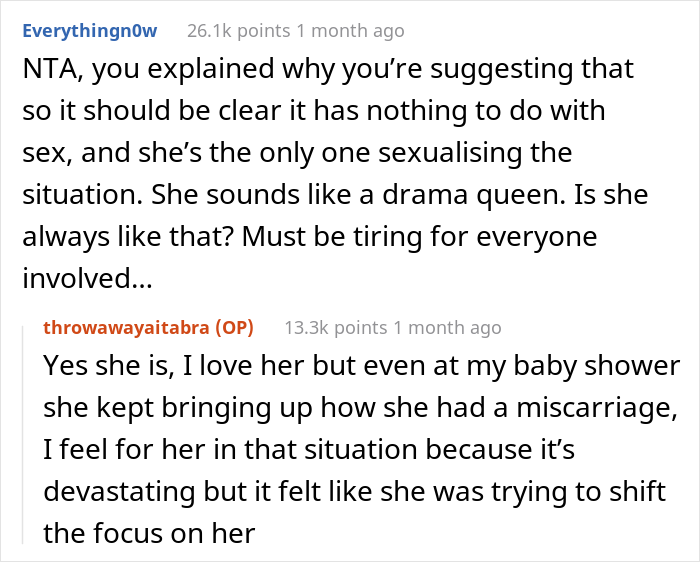 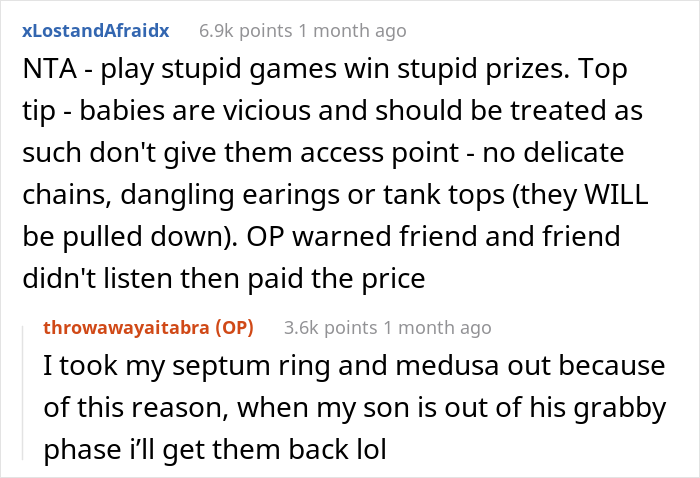 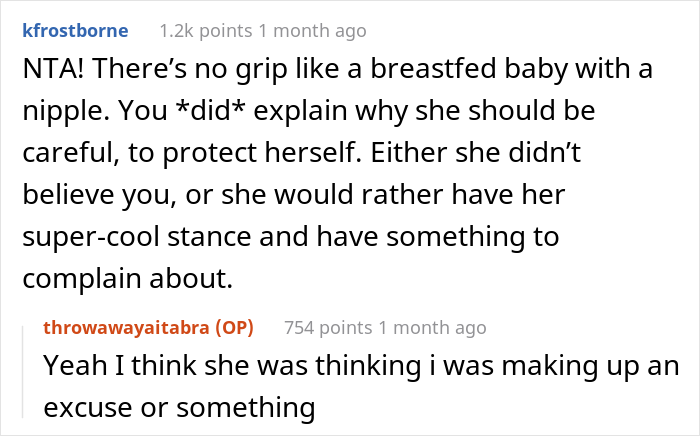 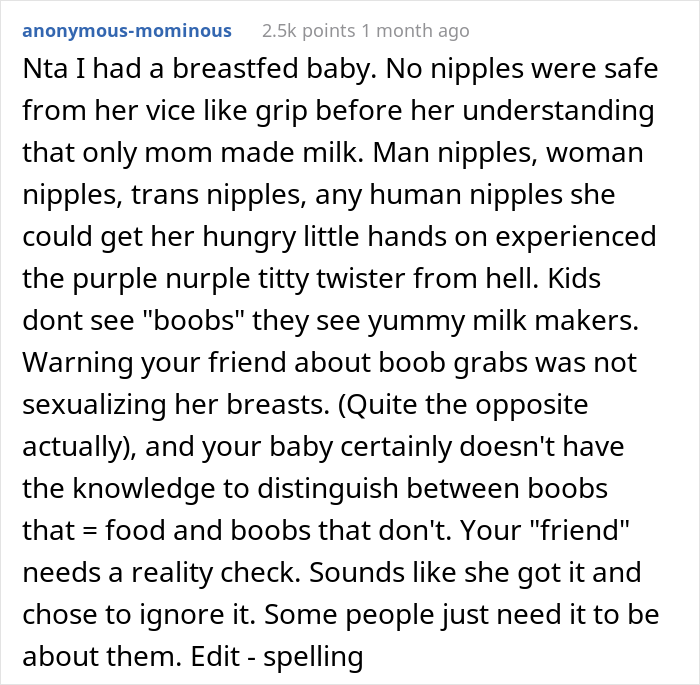 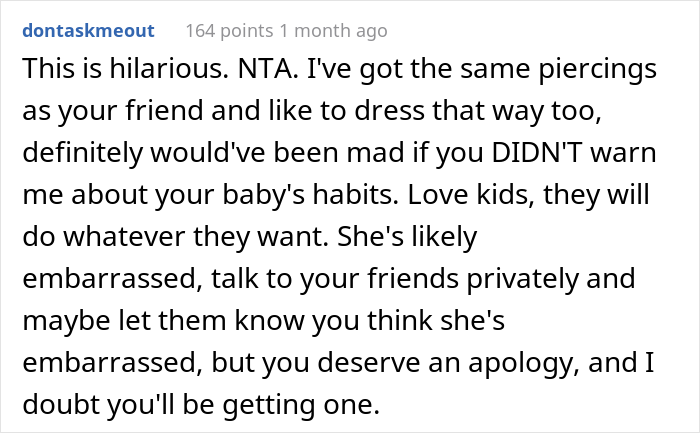 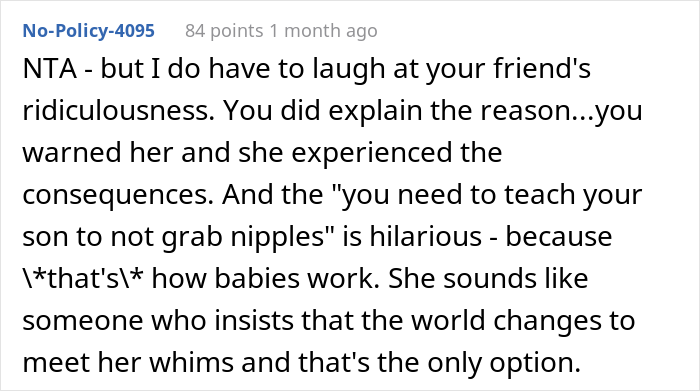 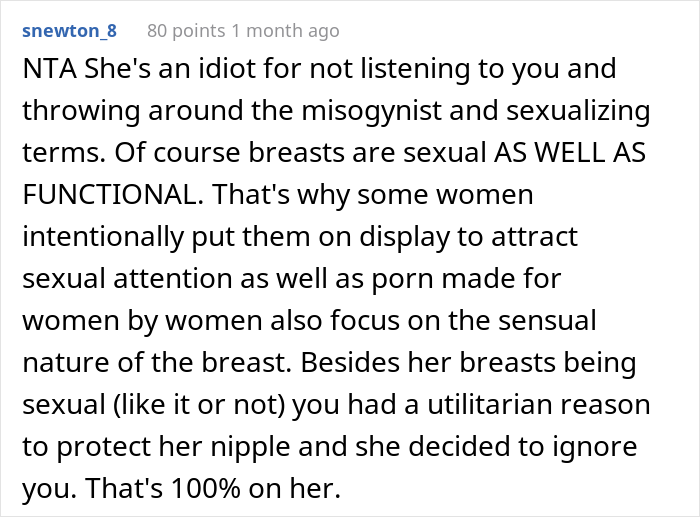 The post New Mom Warns Her Friend To Wear A Bra Before Meeting Baby, She Doesn’t Listen And Calls Her Misogynistic first appeared on Bored Panda.