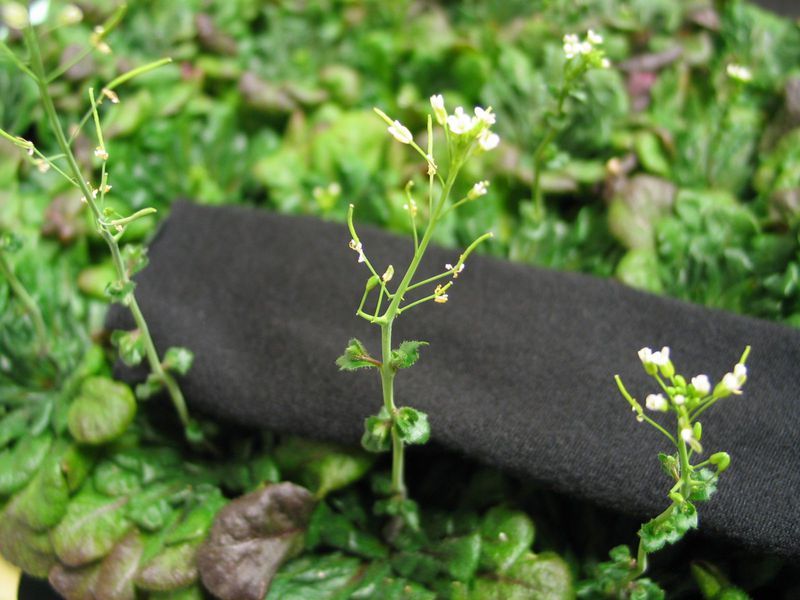 Since the 16th century, scientists have already been studying the thale cress. Today, centuries later, the thale cress still manages to surprise these men and women of science. Scientists have discovered a new plant organ thanks to this humble weed that molecular biologist Tim Gookin describes as “the fruit fly of the plant world.”

This wonky-looking plant part is similar to the cantilever beams that buttress the underside of bridges, and is called the “cantil.” The newly discovered part juts out from the stem and connects to the flower-bearing arm of the plant, which is known as the pedicel. Thale cress cantils give the plant the appearance of bent elbows; cantil-less plants seem to have only straight arms. Cantils are neither part of the stem nor the pedicel. They’re an entirely new organ, says Gookin.

How did scientists miss an entire plant body part all this while?

One reason, Gookin concluded, is that cantils only form when the thale cress delays its flowering, usually during spring when daylight is limited. In this season, the thale cress transitions more slowly from the leaf-production phase to the reproductive flowering stage, compared to during the sunshine-filled summer. At this decelerated pace, the cantil slowly manifests at the cusp of flowering, right after the flower-tipped pedicel makes its debut. If the plant only experiences seasons with long hours of sunshine, the cantil will never make an appearance. Researchers often grow the thale cress under long-daylight conditions so as to accelerate to the seed-production stage, not giving time for the cantil to develop.