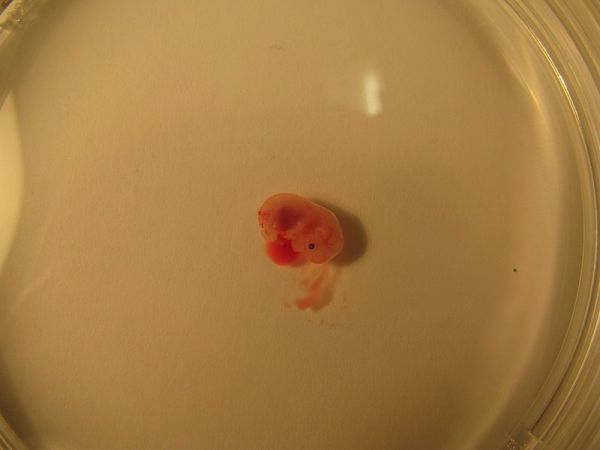 Scientists in Israel have broken a record by growing mice embryos in an artificial environment for 11 or 12 days. This may not seem like a long time, but it is half the animal’s normal gestation period. The embryos were five days old when they were taken from pregnant mice. The breakthrough appears to be a system for forcing oxygen into their cells.

It’s record for development of a mammal outside the womb, and according to the research team, human embryos could be next—raising huge new ethical questions.

“This sets the stage for other species,” says Jacob Hanna, a developmental biologist at the Weizmann Institute of Science, who led the research team. “I hope that it will allow scientists to grow human embryos until week five.”

Growing human embryos in the lab for that long, deep into the first trimester, would put science on a collision course with the abortion debate. Hanna believes lab-grown embryos could be a research substitute for tissue derived from abortions, and possibly a source of tissue for medical treatments as well.

Scientists have already done experiments that involve creating artificial human embryos (called blastoids) by coaxing generic skin or stem cells into forming what looks like an embryo. However, there are international standards and laws in various countries that limit how long scientists can grow human embryos. Read more about this research at MIT Technology Review. -via Damn Interesting