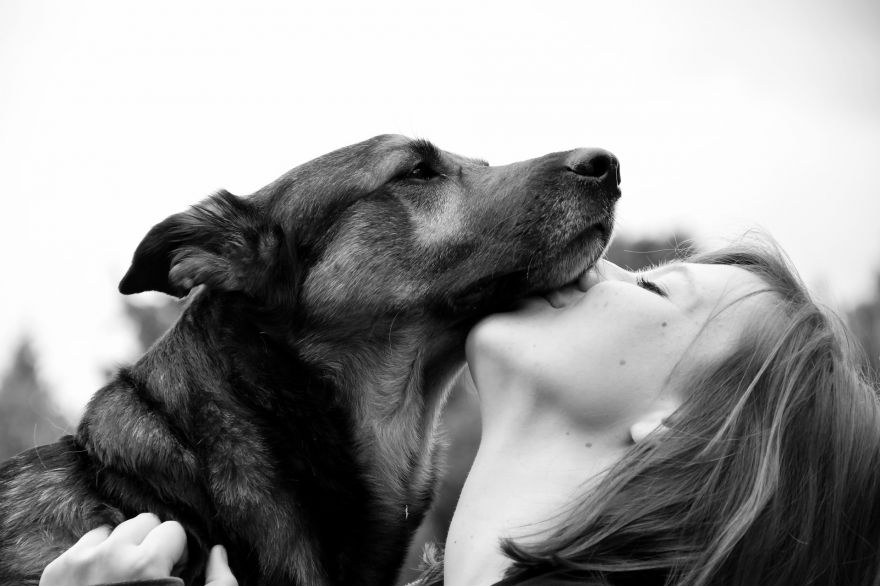 Can dogs smell when a person is stressed? Turns out they can, and they’re pretty accurate with it, too!

What makes dogs effective emotional support animals for those with anxiety, panic attacks, and PTSD? Researchers wondered whether dogs could be sensing chemical signals from their owners, so they put that thought to the test.

To investigate, researchers collected breath and sweat samples from non-smokers who had not recently eaten or drank. The participants were then subjected to a fast-paced arithmetic task, and another sample was taken from participants who reported increased stress levels. Blood pressure and heart rate were also monitored in the study.

The “relaxed” and “stressed” samples were presented to four well-trained dogs of different breeds. Surprisingly, the dogs correctly identified which sample was the “stressed” sample on 675 out of 720 trials — with 93.75% accuracy, a rating greater than expected by chance.

The authors concluded that dogs could detect the odor associated with the change in Volatile Organic Compounds that we produce in response to stress.