A monument in New York that has long been the subject of yearly protests will join the multitude of statues of slave traders, Confederate generals, and other racist figures throughout history continue that have been removed over the past month.

The statue, officially titled Equestrian Statue of Theodore Roosevelt and installed in 1940, has long been the site of protests. Activists have decry Roosevelt’s racist views and the work’s depiction of the Indigenous and Black people flanking the former U.S. President. Since 2016, the activist collective Decolonize This Place, which regularly protested a controversial board member at the Whitney Museum last year, has led an annual march on Indigenous Peoples’ Day (the holiday that began as a protest against Columbus Day) focused on the Roosevelt statue. During the first protest, the group covered the monument with a tarp. Over the years, anonymous protesters have also thrown red paint at the statue—an action that was repeated earlier this month. 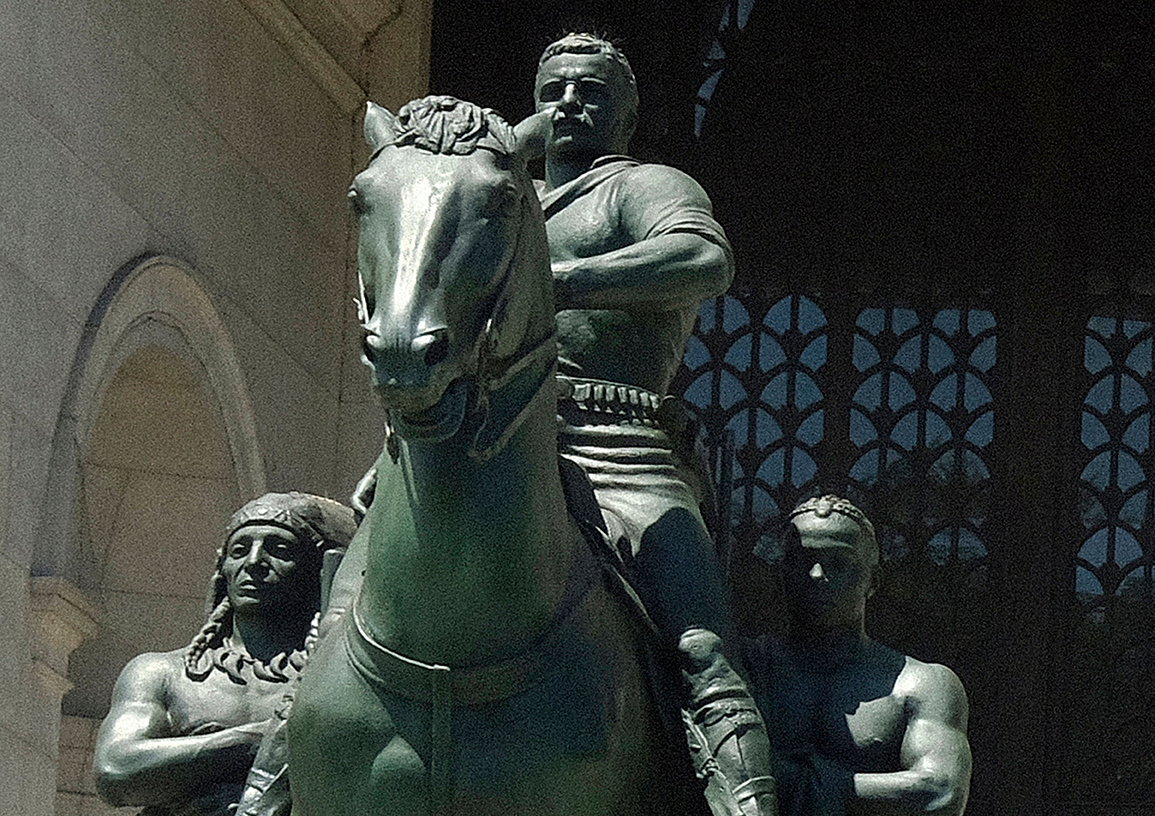 A detail of the statue.

When the call to tear down historical statues of people with racist views was reignited a few years ago, the Roosevelt statue was among the ones that came up for review as part of the New York City Commission on Controversial Monuments, created in 2017. Because the committee was split on whether to remove it or keep it, the statue remained, and instead the museum mounted an exhibition titled “Addressing the Statue,” with an open-ended run date.

On the exhibition page on its website, the museum explains, “The statue was meant to celebrate Theodore Roosevelt (1858-1919) as a devoted naturalist and author of works on natural history. Roosevelt’s father was one of the Museum’s founders, and the Museum is proud of its historic association with the Roosevelt family. At the same time, the statue itself communicates a racial hierarchy that the Museum and members of the public have long found disturbing.”

That statement continues, “To understand the statue, we must recognize our country’s enduring legacy of racial discrimination—as well as Roosevelt’s troubling views on race. We must also acknowledge the Museum’s own imperfect history. Such an effort does not excuse the past but it can create a foundation for honest, respectful, open dialogue.”