The one skill we as humans all share excellence in is the ability to judge. A skill which has been developed throughout hundreds of years has allowed us to thrive and burn repeatedly. And with the world ever-expanding and connecting through various means of media, judgements are easier to vocalize than ever.

And yet, throughout said years, we haven’t been able to normalize the notion of respect for one another, or at the very least, learning when to keep one’s mouth shut. If you don’t understand – don’t speak on it. Learn about it. Take your judgements and see where they stem from. But this is a story about the other side – about those who decide that their judgements are worthy of attention.

A New Zealand news anchor with a traditional face tattoo representative of her Māori heritage had been receiving complaints from a man, solely because he disapproved of her look. Enough was enough and she responded, sending a very clear message to all – disrespect will not be tolerated.

Oriini Kaipara, a New Zealand news anchor with a traditional face tattoo had been receiving complaints from a man and responded in the best way possible 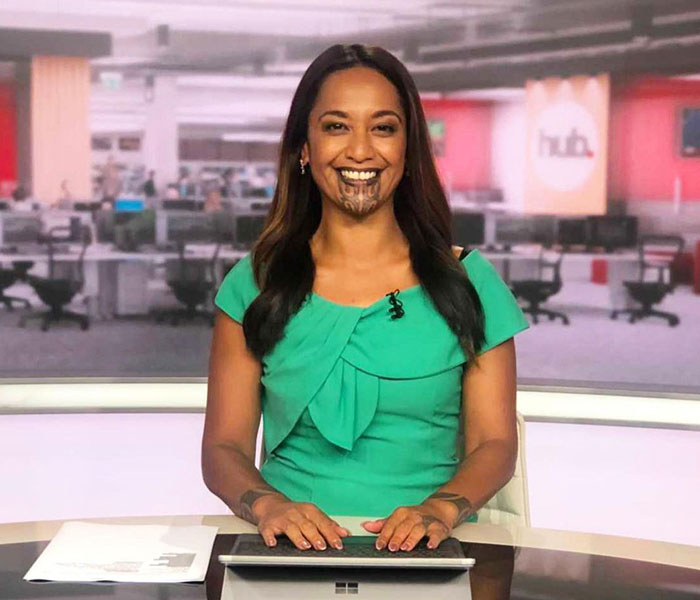 ​Oriini Kaipara made history last year when she became the first person with moko kauae—Māori markings on her chin—to host national primetime news in New Zealand. She gave her first bulletin on Newshub in December 2021, with many cheering on the milestone as a win for Māori representation. 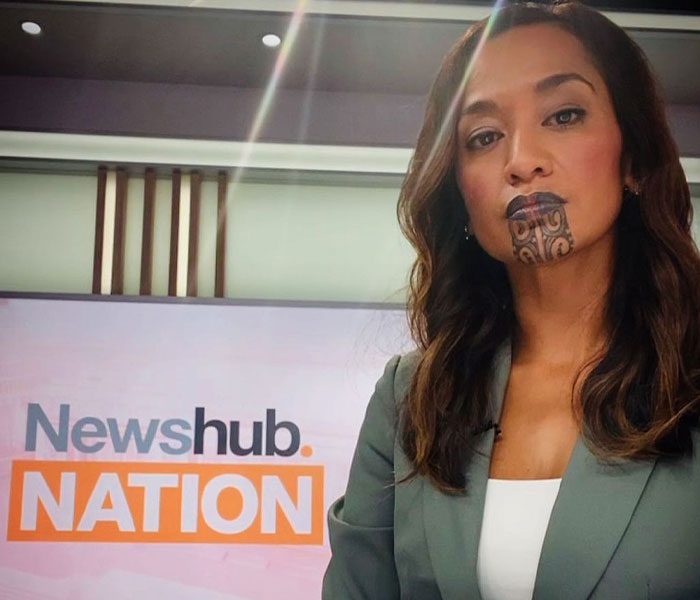 Tā moko is a unique expression of cultural heritage and identity through tattoo, and, as Māori believe the head is the most sacred part of the body, facial tattoos have special significance. Moko kauae are received by women on their lips and chin, representing their ancestry, status within their community, and abilities. It is a tradition passed down through generations from the ancestress Niwareka.

Before the arrival of European settlers, the complex designs of tā moko were carved into the skin. This method of tattooing is based on the use of broad-toothed combs of varying widths, dipped in dark pigment, and struck into the skin with small mallets known as tā. The pigment used was soot obtained from burning kahikatea, or white pine, sometimes mixed with kauri gum or soot from the oily koromiko (hebe) shrub.

Although many praised her for honoring her culture, there were those like David, who found the look “offensive and aggressive looking” 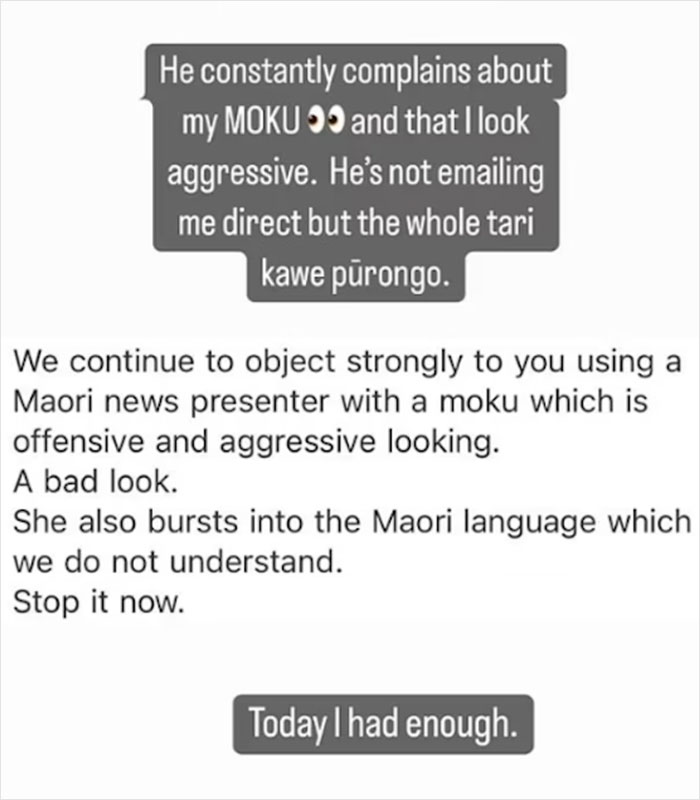 Although she received much praise for honoring her culture, there were those who were appalled.

One man made it his personal mission to complain about her on-air presence. The man named David had been sending letters to the news station, asking them to remove her as a news anchor due to her looks and her use of Māori language.

Oriini shared one of his messages in her Instagram stories: “We continue to object strongly to you using a Māori news presenter with a moku (sic) which is offensive and aggressive looking. A bad look. She also bursts into the Māori language which we do not understand. Stop it now.”

This was the last straw – she’d had enough of his ignorant abuse. “This guy is one of ‘those’ gifts that keep on giving…” she wrote in the Instagram story. “He constantly complains about my MOKU and that I look aggressive. He’s not emailing me direct but the whole tari kawe pūrongo. Today I had enough.”

David had contacted the news agency multiple times, but never Oriini directly, and she had had enough. She decided to break her code and reply to him directly 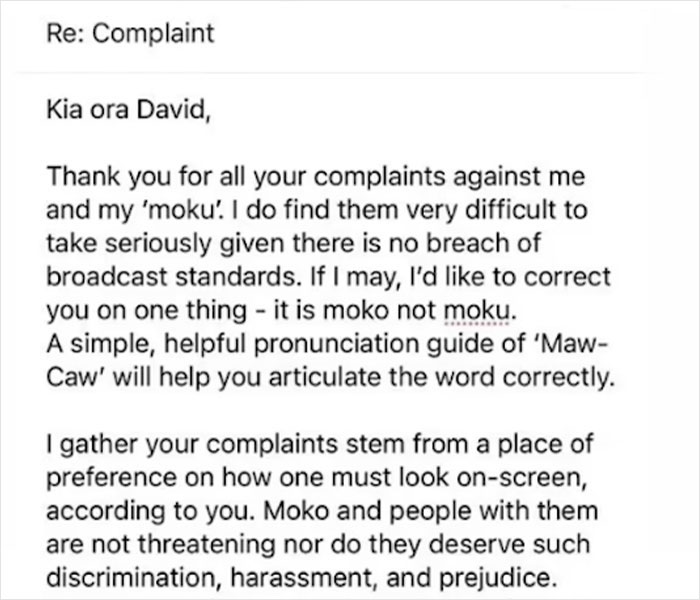 Her response went as follows: “Kia ora (trans. hello) David, Thank you for all your complaints against me and my ‘moku.’ I do find them very difficult to take seriously given there is no breach of broadcast standards. If I may, I’d like to correct you on one thing – it’s moko not moku. A simple, helpful pronunciation guide of ‘Maw-Caw’ will help you articulate the world correctly.”

She continued to say: “I gather your complaints stem from a place of preference on how one must look on-screen, according to you. Moko and people with them are not threatening nor do they deserve such discrimination, harassment, and prejudice.

“We mean no harm or ill intent nor do we/I deserve to be treated with such disregard,” Oriini said, asking him to take his cultural ignorance back to the 1800s 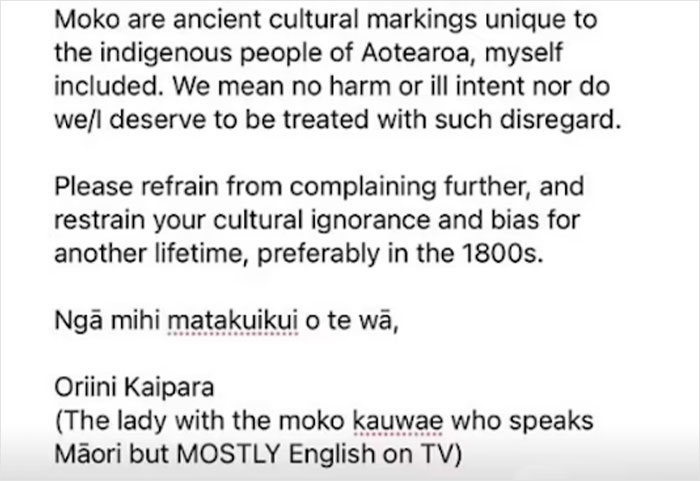 “Moko are ancient cultural markings unique to the indigenous people of Aotearoa, myself included. We mean no harm or ill intent nor do we/I deserve to be treated with such disregard.”

“Please refrain from complaining further, and restrain your cultural ignorance and bias for another lifetime, preferably in the 1800s.” She thanked him for his time in the Māori language and signed the letter as “the lady with the moko kauae who speaks Māori but MOSTLY English on TV.” With love and cheek indeed!

“The fact that my existence triggers some people is testament to why we need more Māori advocates in key roles across every sector,” she said 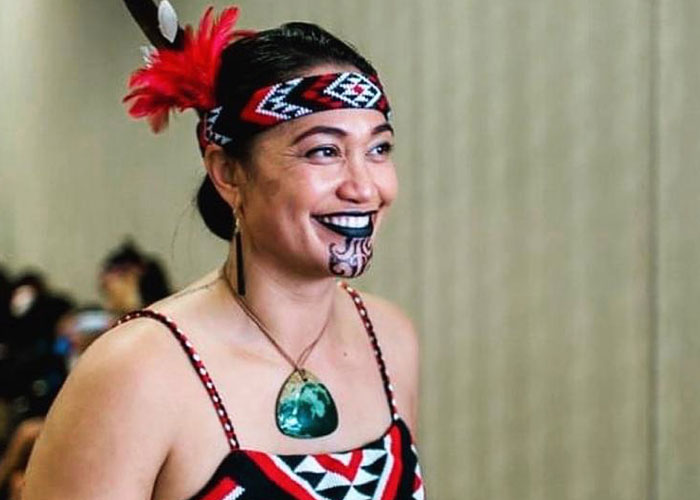 Thankfully such messages are outliers in the overall supportive sea of messages Oriini receives. “The fact that my existence triggers some people is testament to why we need more Māori advocates in key roles across every sector,” she told the NZ Herald.

“When I doubt myself, and I see my reflection in the mirror, I’m not just looking at myself,” she told CNN 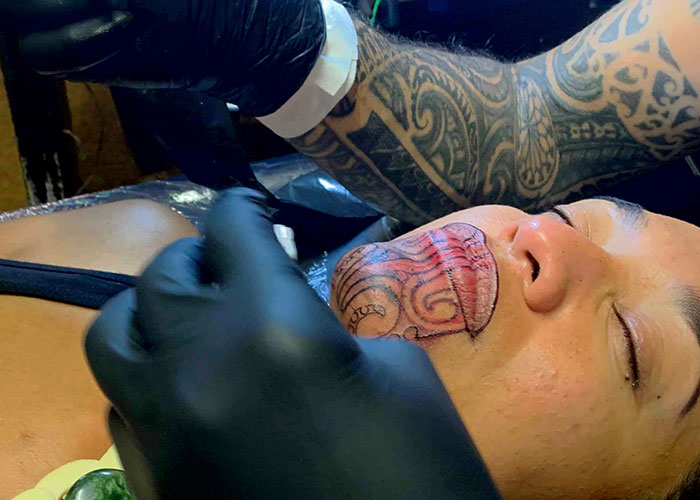 “I’m looking at my grandmother and my mother, and my daughters, and those to come after me, as well as all the other women and Māori girls out there. It empowers me” 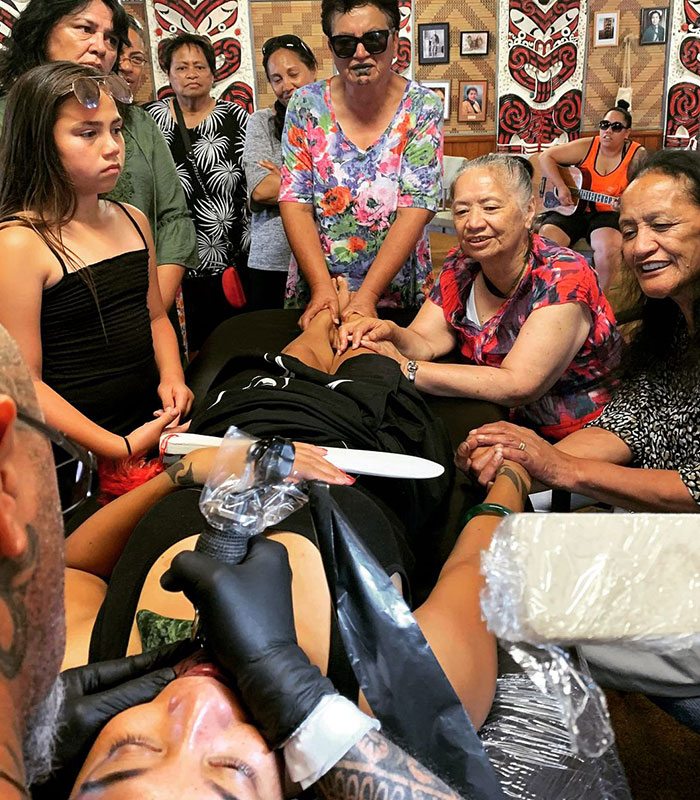 Oriini wanted to adopt the tattoo in 2019 after discovering she was 100 percent Māori after taking a DNA test in 2017. She is of Tūhoe, Ngāti Awa, Tūwharetoa and Ngāti Rangitihi descent. “When I doubt myself, and I see my reflection in the mirror, I’m not just looking at myself,” she told CNN. “I’m looking at my grandmother and my mother, and my daughters, and those to come after me, as well as all the other women and Māori girls out there. It empowers me.”

She’s also an avid advocate for the Māori language, commonly using phrases such as “E haere ake nei” (still to come), “Ū tonu mai” (stay with us) and “Taihoa e haere” (don’t go just yet). Her ultimate goal, she told CNN, is to encourage people to speak the language that was “beaten out of [her] grandmother’s generation” and reclaim it for Māori people. 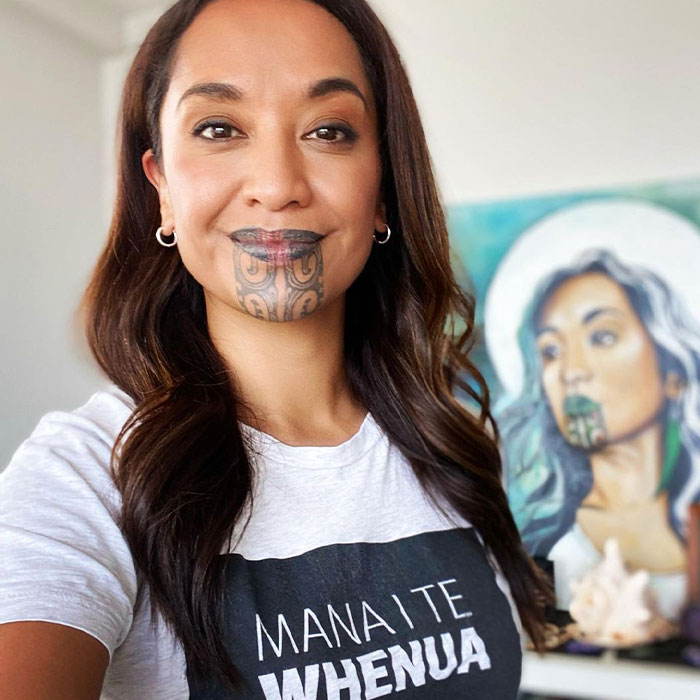 “We still haven’t addressed a lot of intergenerational traumas and colonization and for Māori, that’s very, very pertinent and poignant as well,” Oriini said. “Not much in terms of race relations here has changed in a very long time.” But this is just the beginning.

Oriini hopes that her story will inspire generations of Māori youth and they’ll see that times are finally changing. “For a long time our people, our ancestors, our tipuna, and us now, have done so much work to get to where we are,” she told CNN. 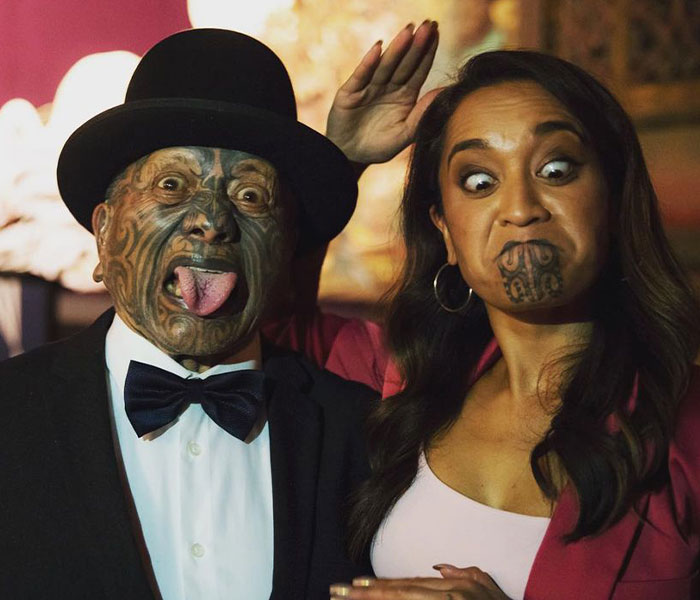 “As a young woman, as a young Māori, what you do today influences and affects what happens tomorrow. So all I ask is that they see the beauty in being Māori and they embrace it and acknowledge that and do what they can with it for positive change.”

We wish Oriini nothing but the best for the future – keep slaying the haters with class! Let us know your thoughts in the comments below, and make sure to upvote and follow the author so as to keep justice coming! Poroporoaki mo naianei!

People have shown nothing but support for Oriini, praising the class and sassiness in her response. Let us know your thoughts in the comments below!

The post New Zealand Newscaster Claps Back At Man Constantly Complaining To Her News Station About Her Māori Face Tattoo first appeared on Bored Panda.