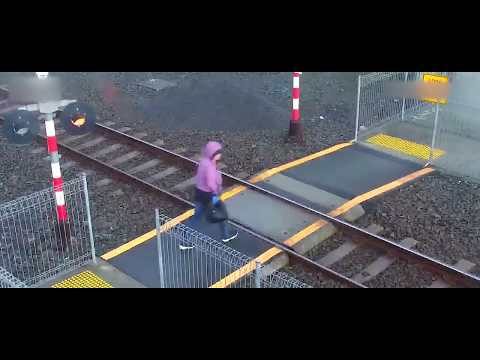 Do you think that you can cross in time before the train arrives? Maybe, but keep in mind that if you fail, you’re creating an awful bloody mess all over the tracks for someone else to clean up. And the engineer will also be an emotional wreck, as he just watched someone–you–die in front of the vehicle under his control.

So the New Zealand Transport Agency, which operates the country’s public train system, has created a series of mock memorials next to crossings. Scan the QR code on each to see video of a near miss.