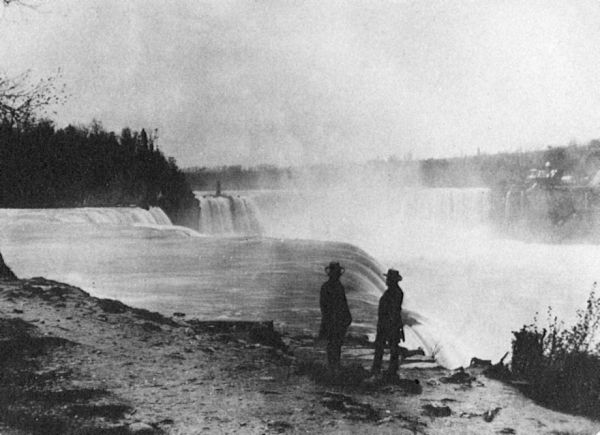 There have been several types of people who made a living by looking for dead bodies. Today we have homicide detectives. In the past, there were the thieves who found the dead to be easy marks, the grave robbers who wanted buried treasure, and the resurrectionists, who would sell corpses to medical schools. Another group in the 19th century looked for bodies in a perfectly legal manner, because these were the remains of the missing. For each body found in the area of Niagara Falls, they would receive a bounty. An 1895 newspaper article explains why local fishermen would hunt for “floaters.”

What makes this possible is the fact that there are two nations on the two banks of the Niagara river. In the towns along the river on both sides there are coroners, and it is the rivalry among these coroners that creates the demand for floaters and makes them a marketable commodity. The coroners receive their pay by fees, so much for every inquest, and are naturally anxious to learn of any new cases.

The annual number of cases is large, so large that a number of men exists on what they make in picking up floaters.

The falls have always been a favorite spot for suicides, and many a mysterious disappearance has been solved long after by the finding of a floater in the Niagara river which is identified as the missing one. Nearly every body that is drowned off the shores at Buffalo eventually finds its way to the falls, and once over the brink of the precipice it is soon picked up by some of these floater hunters.

Read about the men who searched for floaters at Strange Ago. -via Strange Company