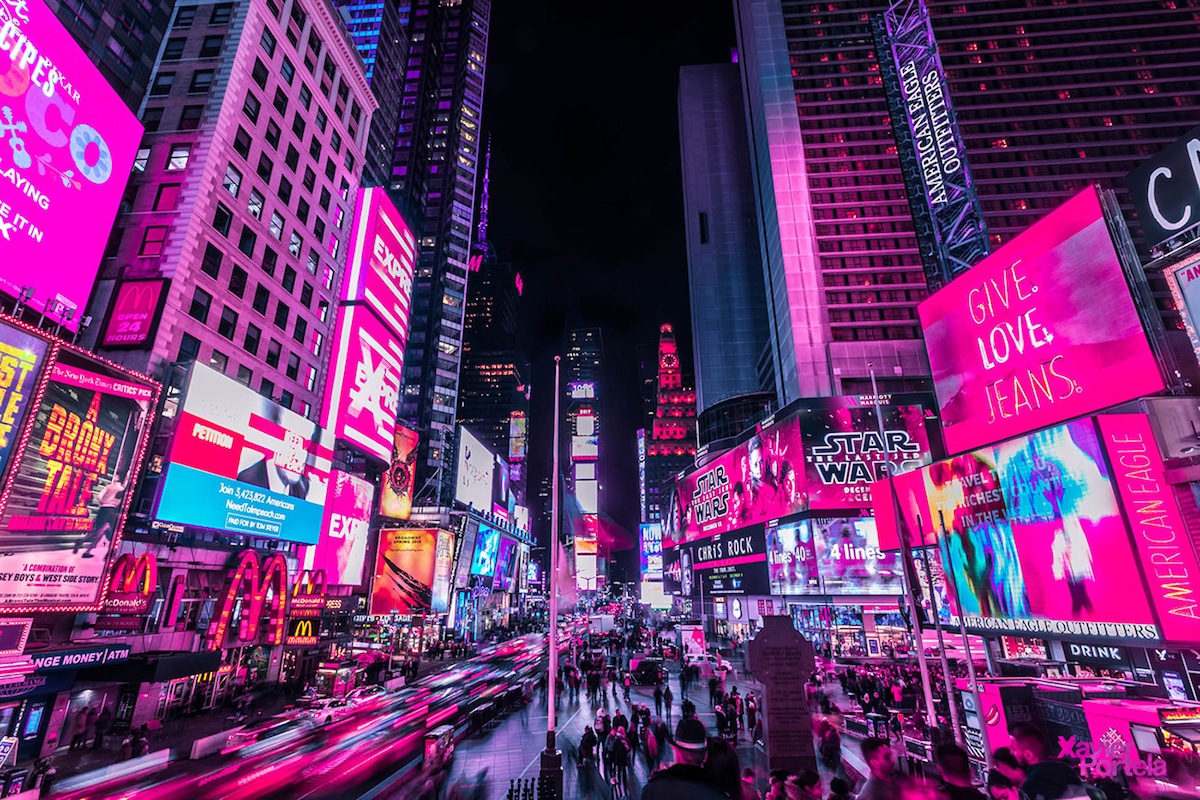 After Bangkok, Hong Kong, and Tokyo, photographer Xavier Portela moves Stateside for the latest installment of his Glow series. #NewYorkGlow sees Portela, who describes himself as a “compulsive photographer,” capturing the vibrant neon lights in and around Times Square.

Billboards loom overhead and the world-famous Rockettes smile over the city streets as people go about their business. Portela’s color palette, filled with contrasting reds and blues, transforms Manhattan into a surreal setting fit for a sci-fi film. As neon signs in New York City continue to disappear, Portela’s series acts as a love letter to these vibrant methods of communication.

The night photos also demonstrate the buzz of activity that fills New York’s streets. Faint blurs of passersby and streaking headlights provide a sense of motion that allows viewers to feel the pulse of the city. #NewYorkGlow is an interesting transition from the Asian cities that comprise earlier sets in the series, with a distinct character all its own.

Portela also has an aerial New York series that he’ll be revealing shortly, which will show what happens when Glow moves to the sky. In the meantime, take a look at the glowing city from the streets.

#NewYorkGlow is part of an ongoing series of night cityscapes by Belgian photographer Xavier Portela. 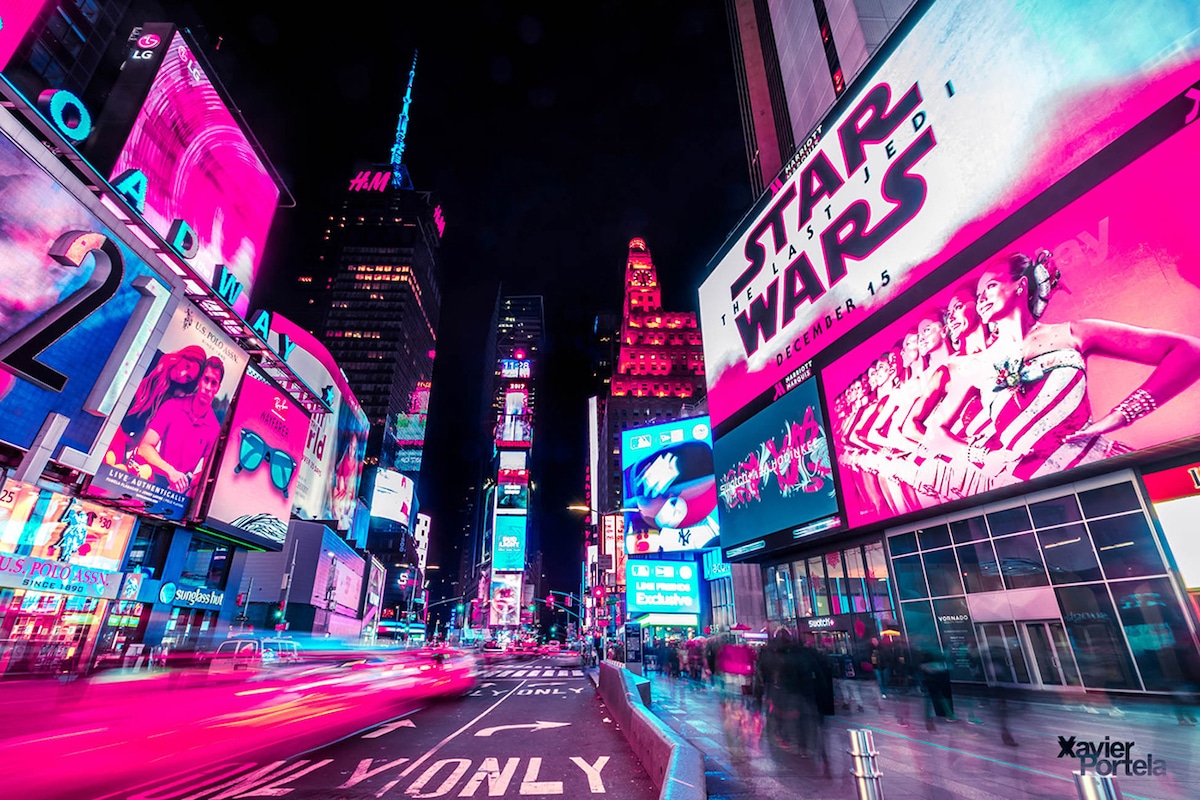 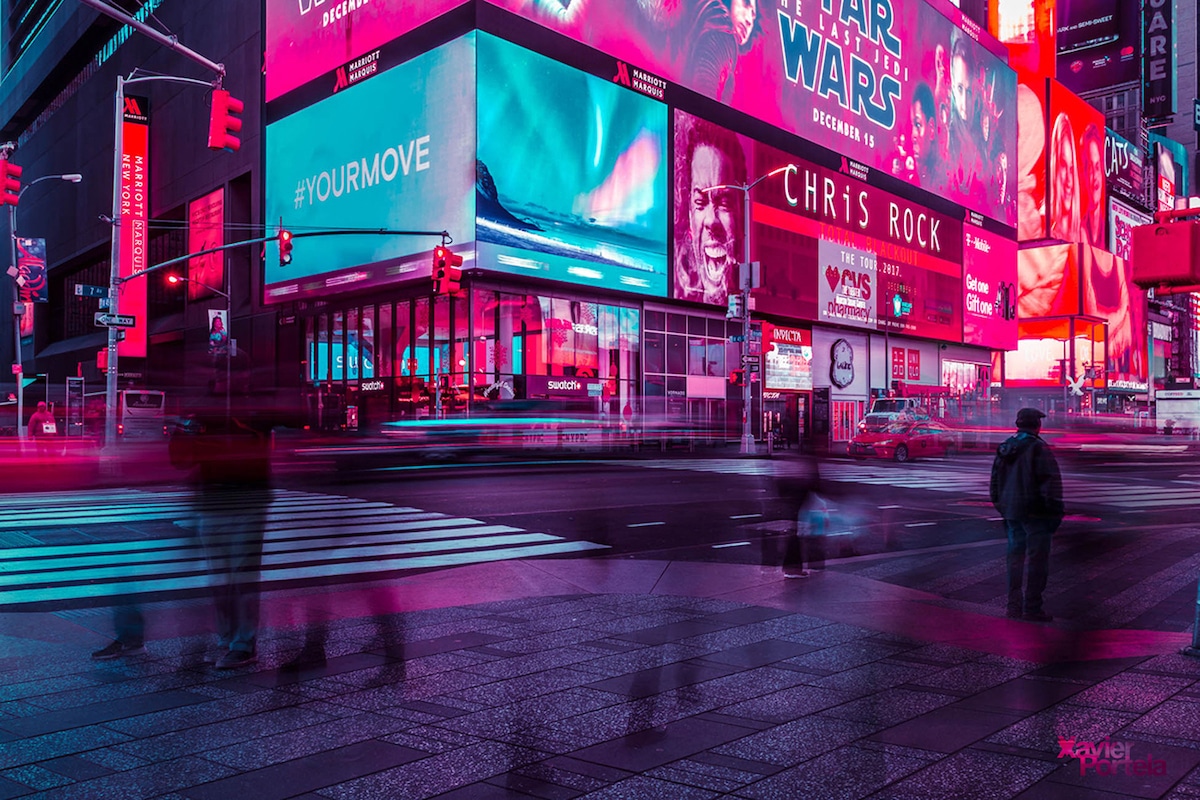 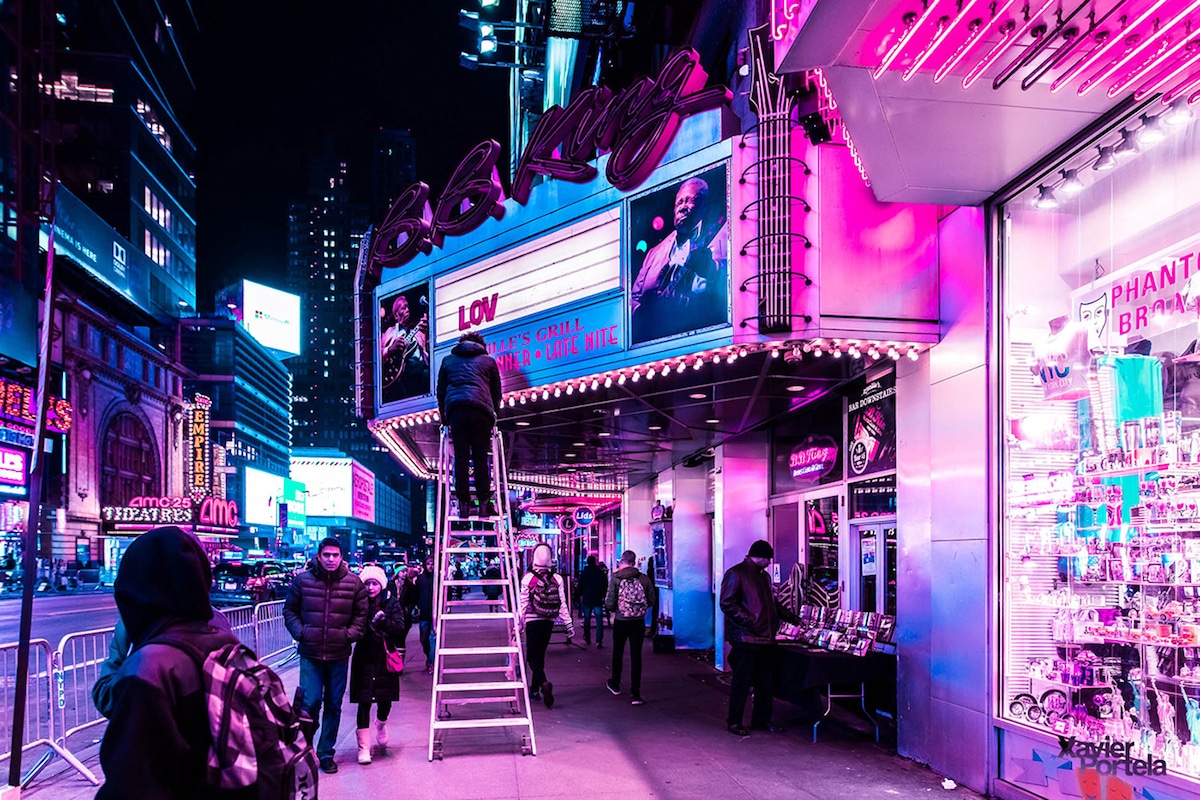 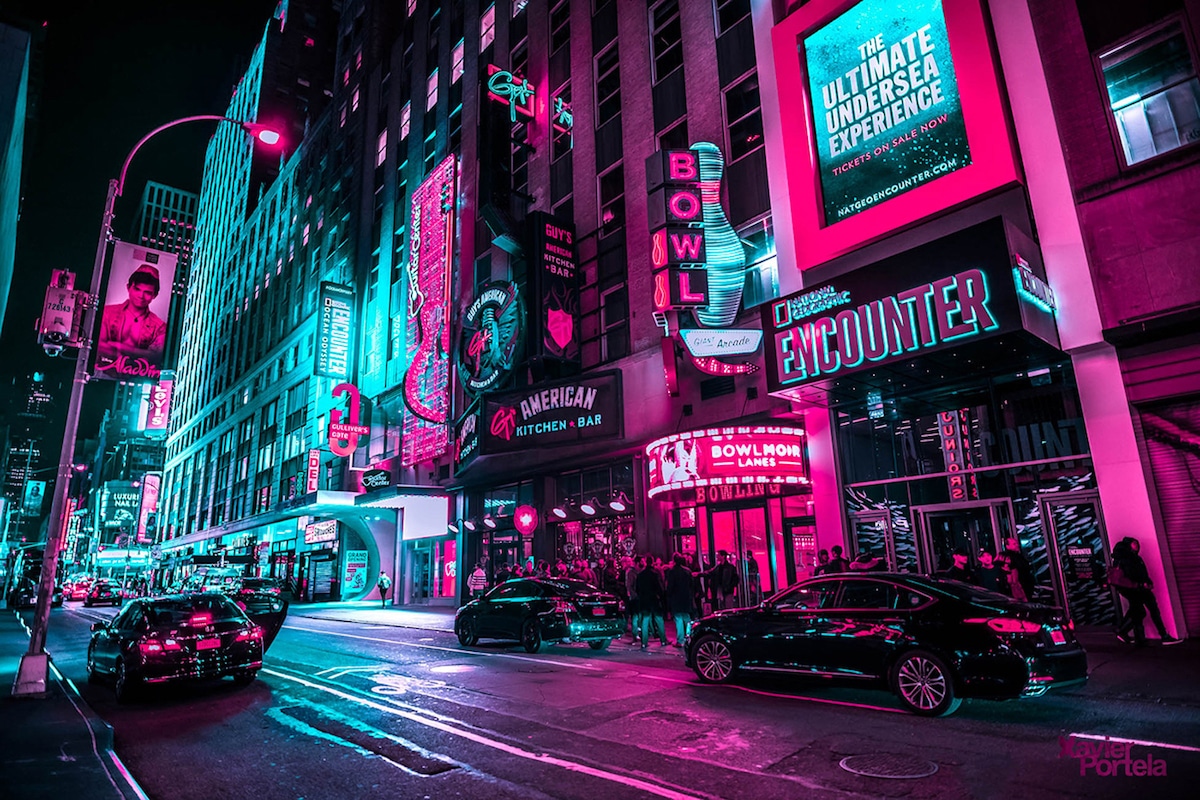 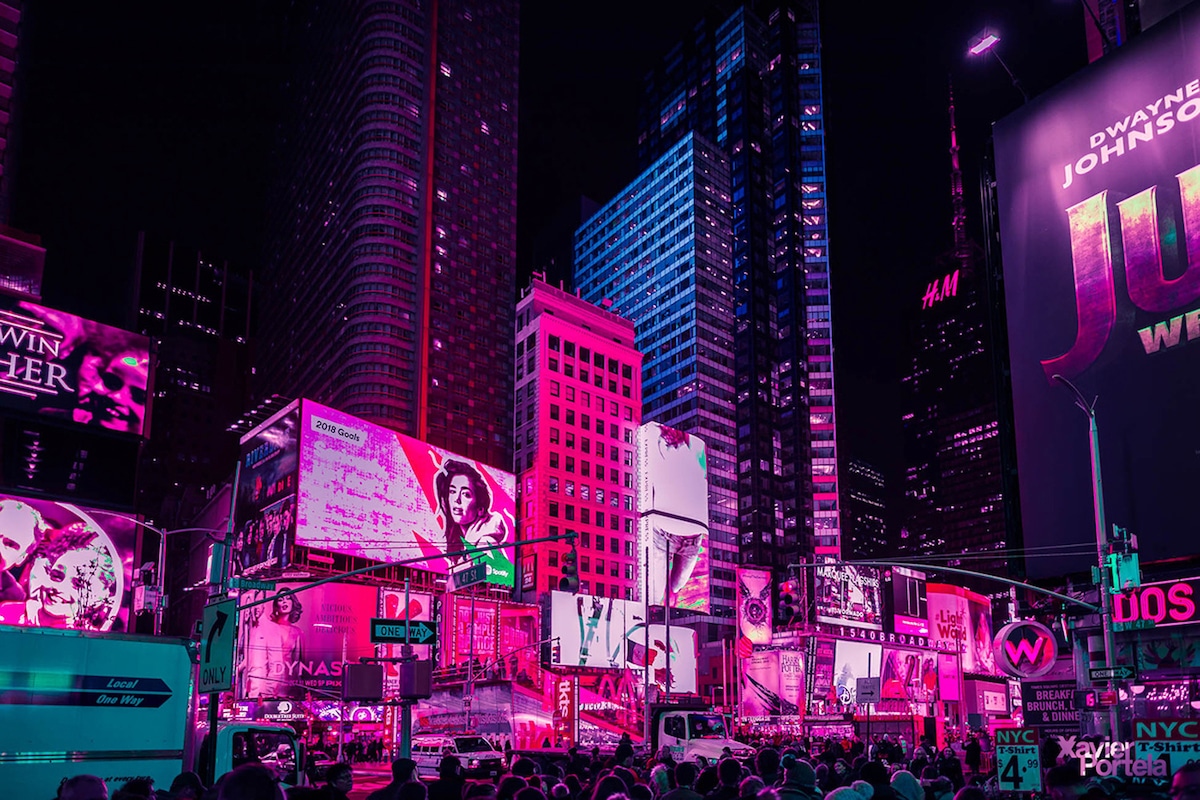 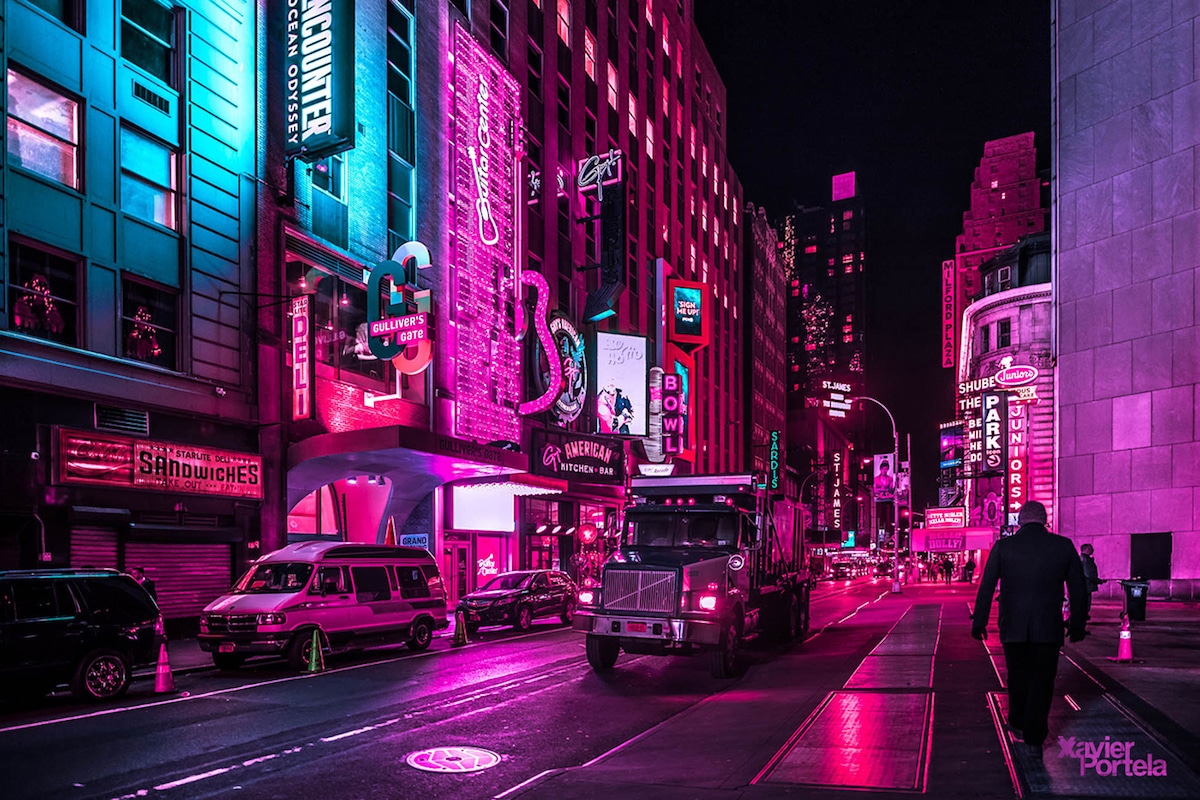 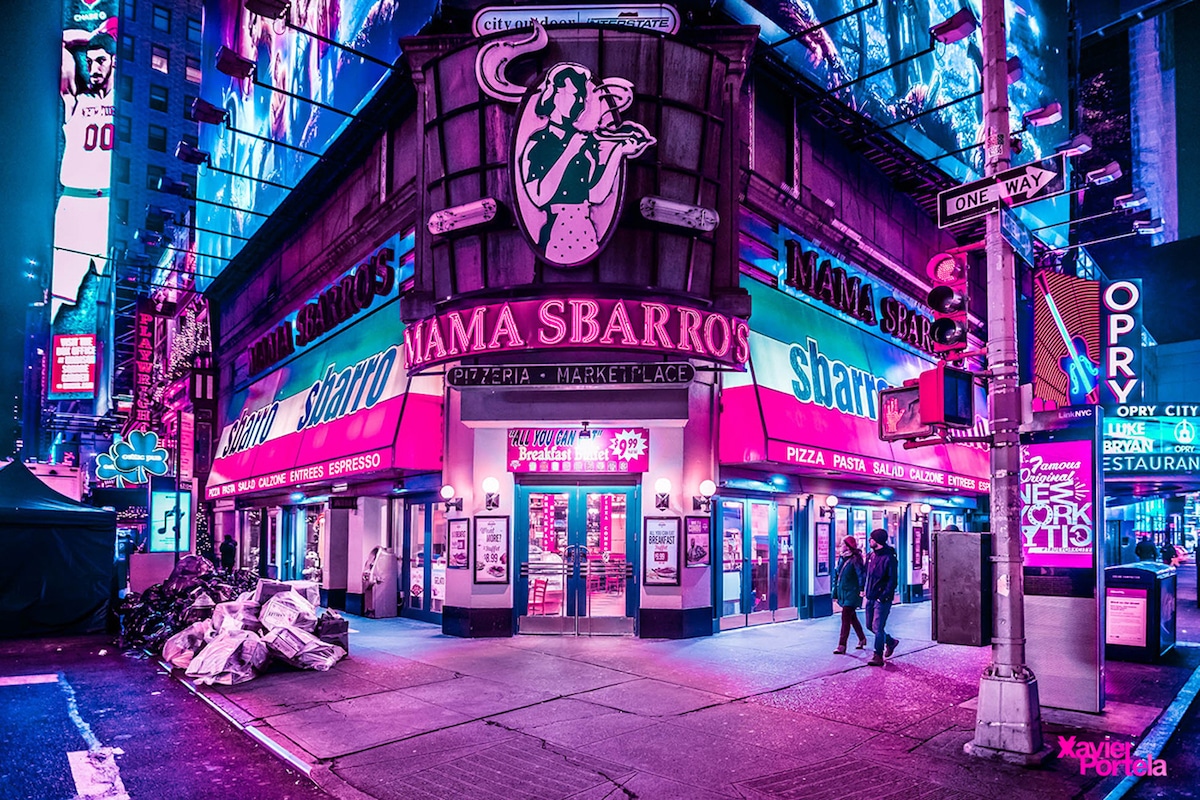 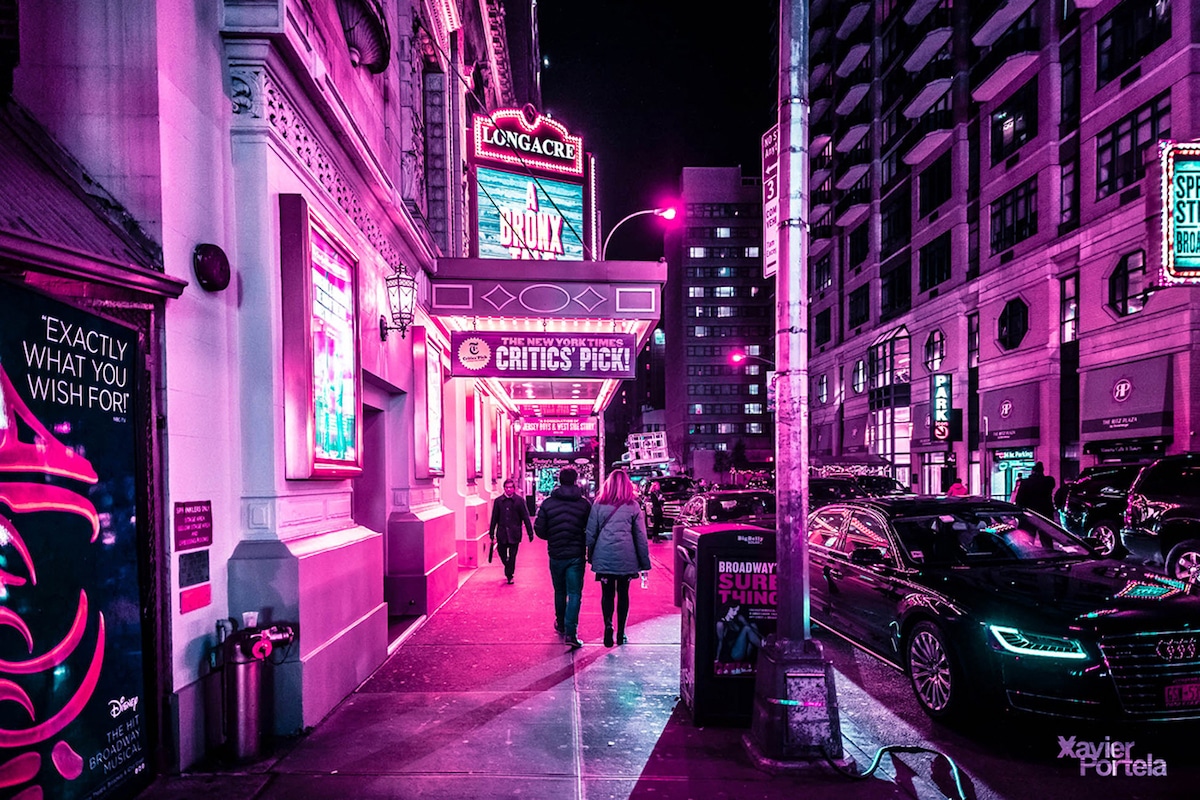 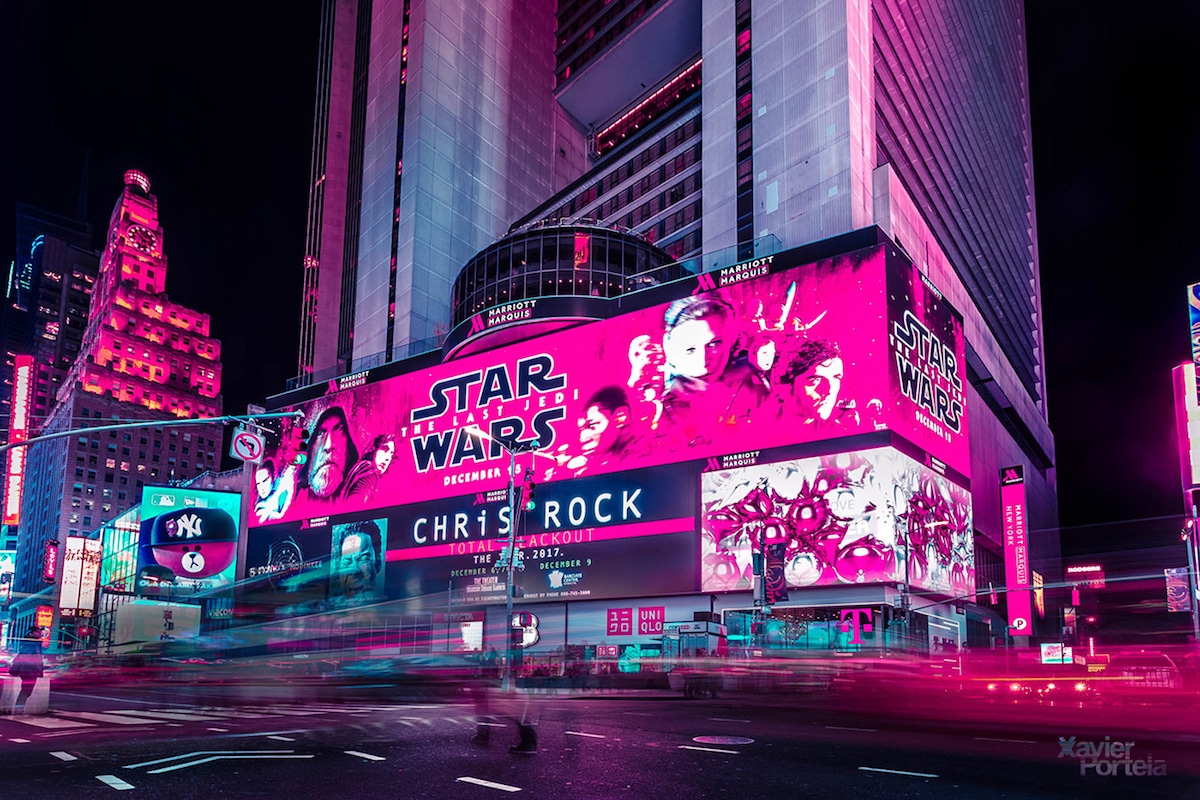 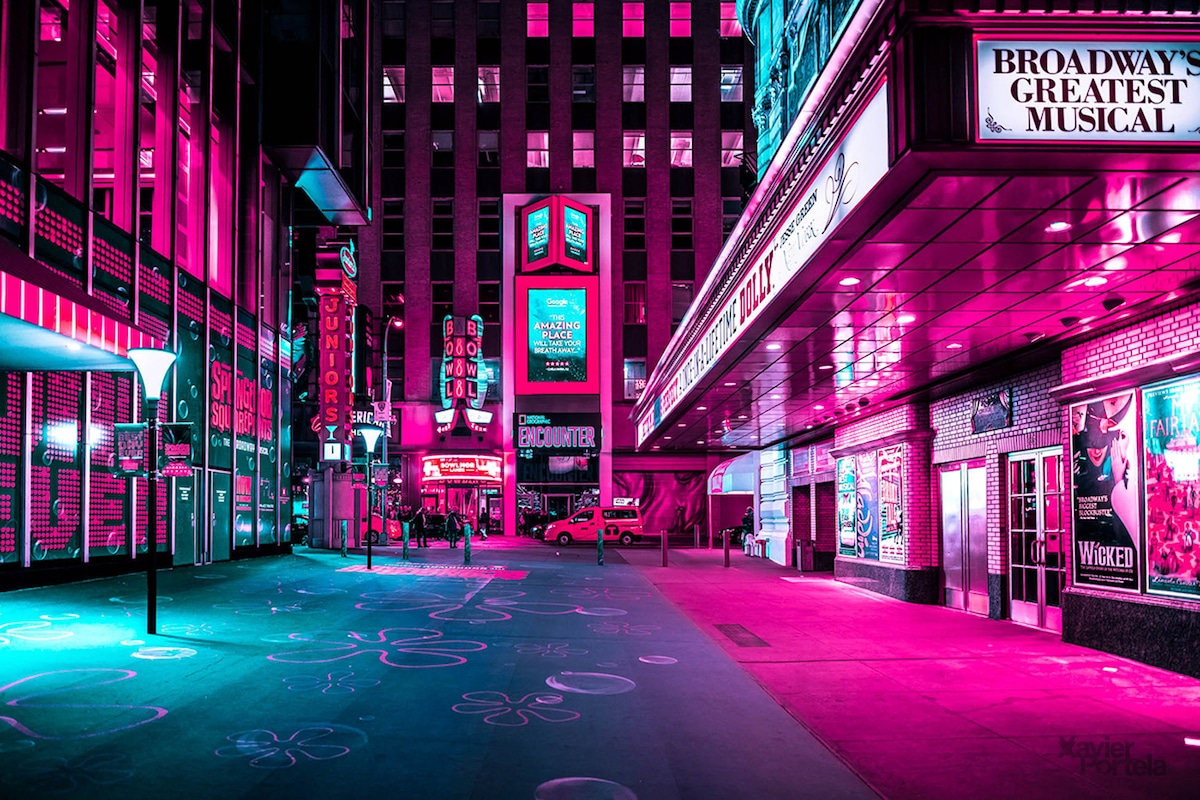 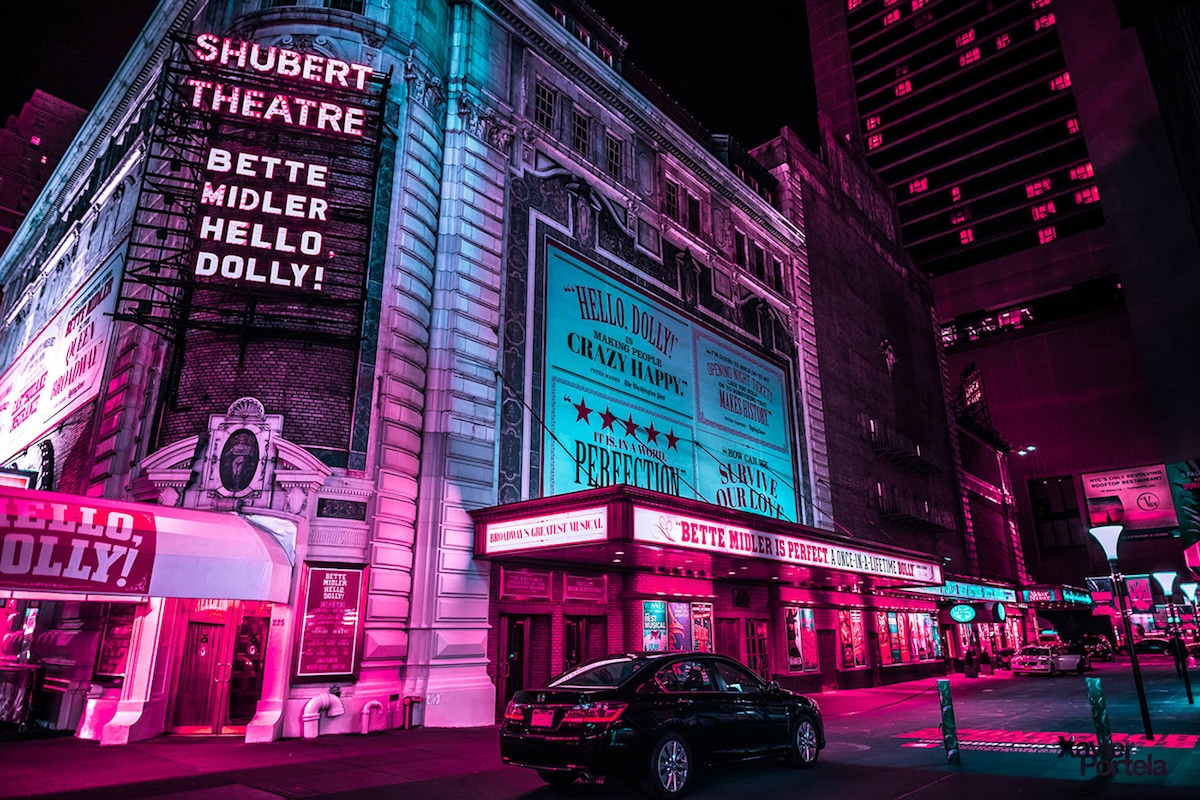 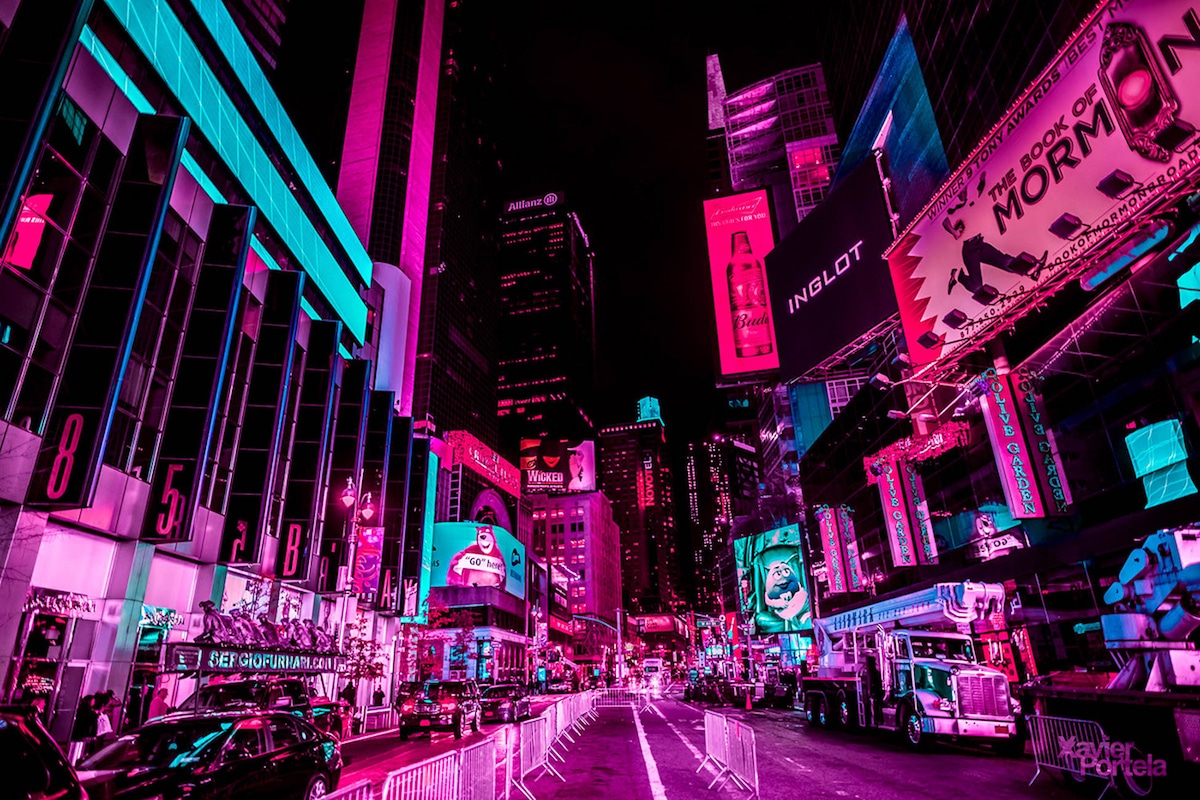 My Modern Met granted permission to use photos by Xavier Portela.

Photographer Captures the Solitary Neon Streets of Hamburg at Night