One of Colorado Spring’s most famous visitors was electrical engineer and inventor Nikola Tesla, who in the spring of 1899, set up a laboratory on a small grassy hill in what is now Knob Hill.

Tesla was drawn to Colorado Springs by the same qualities that brought thousands of tuberculosis patients to the mountain city—the city’s thin and dry air. But unlike the city’s many residents, Tesla was not looking for a cure.

Tesla believed that electricity could be transmitted across vast distances through the atmosphere without using wires. To test his theories of wireless transfer of electrical energy, Tesla needed a place that was situated in the mountains where the air was thin and easy to ionize, and therefore more conductive to electricity. Tesla found Colorado Springs’s location at six thousand feet favorable for his research. The land was free and sparsely populated which gave him privacy. Also, the dryness of the air minimized leakage of currents, and as Tesla discovered to his delight, Colorado Springs was ideally suited to study the immense electrical storms that visited the region. 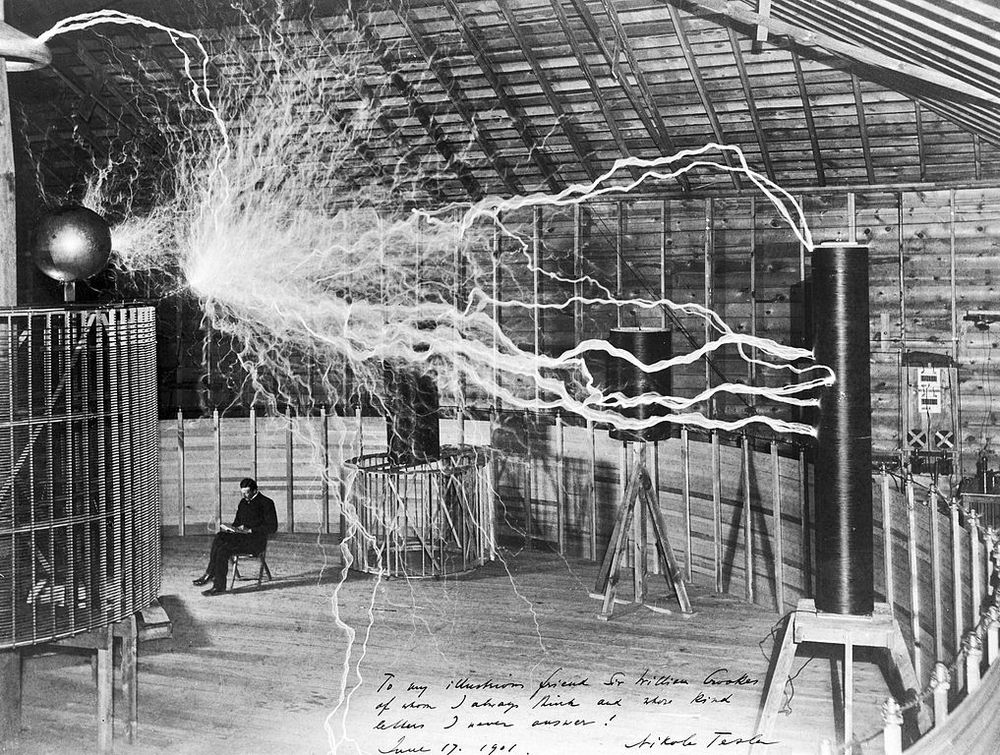 A publicity photograph showing Nikola Tesla sitting on a chair taking notes while his “magnifying transmitter” is generating millions of volts. The photograph was actually a double exposure. In reality, nobody could be that close to the transmitter without getting fried.