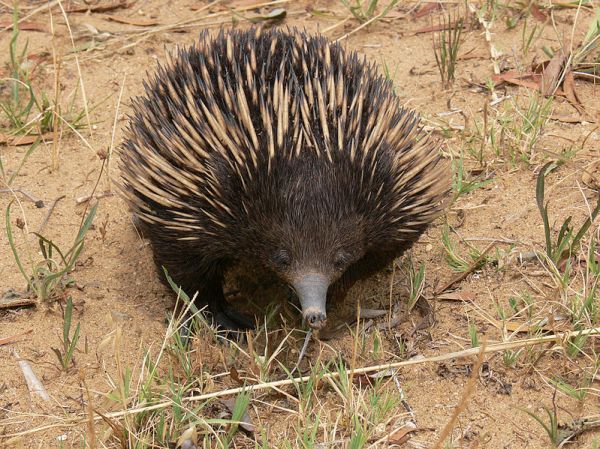 The animal kingdom has developed a variety of methods for combining DNA to create the next generation, under the umbrella of what we call sex. The most obvious observable part of all that is the penis, which can be ten feet long, or several times an animal’s body size, or attached to creatures who have the capability of both sending and receiving sperm. In one case, two of them fight (with their penises!) to determine who inseminates who. Then there’s the echidna:

Sometimes one just isn’t enough. Or so it seems for the echidna, a spiny egg-laying mammal, which has evolved a four-headed penis. During copulation, echidna penises operate on a part-time schedule: half the penis temporarily shuts down while the other two heads are responsible for fertilization. But those extra two heads aren’t there just to show off. Next time the echidna mates, he’ll alternate which half he uses.

By shutting down half of their penis at a time, male echidnas fit perfectly with the female’s two-branched reproductive tract. This creature’s coat of quills don’t spare its genitalia, which features penile spines—a horrifying frequent trait in the animal kingdom (even humans once had them) which may increase fertilization success or trigger ovulation.

Other animals have even more disturbing sex habits, but it works for them. Read about nine animals with extreme penises at Smithsonian.