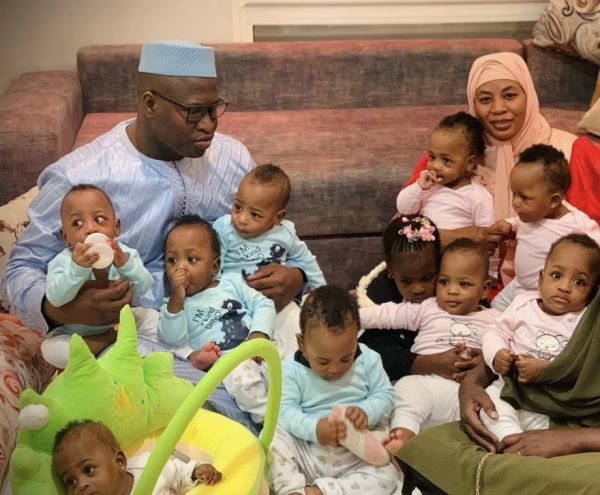 Last year, we told you about Halima Cisse of Timbuktu, Mali, giving birth to nine babies at once. It was the first incidence of nonuplets being born alive, and many had doubts as to whether the infants would survive. Some had doubts as to whether the story was even true. But now the nonupluts have seen their first birthday. Cisse, along with her husband Kader Arby and older daughter Souda, are living with the babies in Casablanca, Morocco, where they were born by cesarian section. There are five girls, Adama, Oumou, Hawa, Kadidia, and Fatouma, and four boys, Oumar, Elhadji, Bah, and Mohammed VI. Bah is named after Bah N’Daw, the president of Mali when they were born, and Mohammed VI is named in honor of the King of Morocco.

The babies all weighed between one pound, two ounces and two pounds, two ounces at birth. They were kept on ventilators until August. But now they are being cared for by their parents along with a team of nurses, feeding from bottles and watching Baby Shark cartoons. The cost of their care is being underwritten by the government of Mali. See more pictures of the nonuplets and read about their lives at the Daily Mail. -via Fark