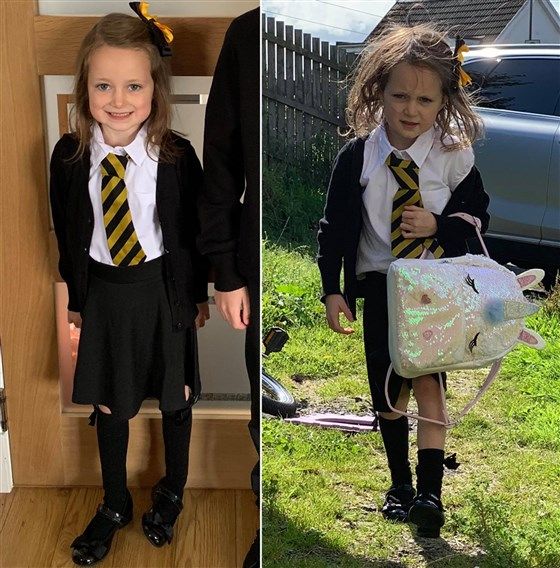 Living outside Glasgow, Scotland is Jillian Falconer, along with her husband and four children.

When her youngest kid, Lucie, went to school for the first day, she took an adorable photo in her school uniform. However, everything changed by the school day’s end, and her mother knew not was coming.

“Her dad asked how she got on during the day so I sent him the picture of Lucie just to show obviously she had an eventful day,” Jillian told TODAY.

On what caused the 5-year-old’s disheveled look, Jillian said: “I think she was just excited to see her friends after the summer break. Nothing specific happened.”

The photos, however, for some reason, became viral after Jillian and her family posted them on their personal social media pages.

“It just went crazy,” she explained.

What about you? Can you relate to the photo?