Privacy is a fundamental human right recognized in the UN Declaration of Human Rights, the International Convenant on Civil and Political Rights and in many other international and regional treaties. But some would say that their parents, siblings or pets are constantly depriving them of that important right.

For some people it’s a joke, but for others it’s a serious issue. Like when parents believe that their child who has a separate room doesn’t need a door. A mom shared a story on Reddit about how her husband doesn’t want their 14-year-old son to have a door in his room, but she thinks otherwise, so she bought him a door. But that made the dad very mad and it caused more tension in the family than it should have. 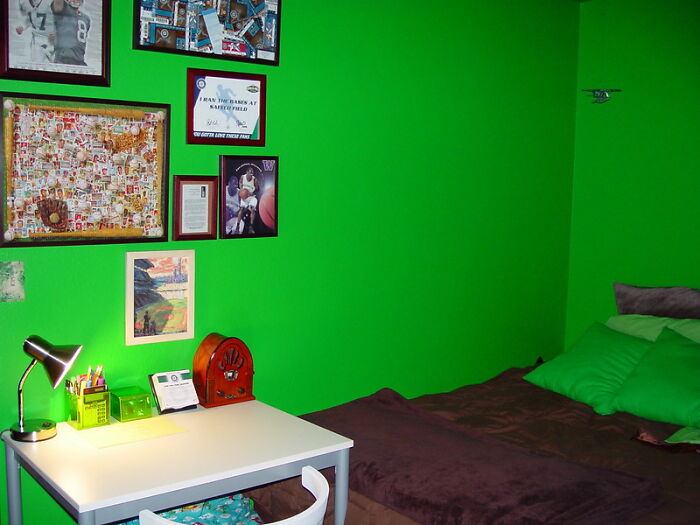 The Original Poster (OP) is a 35-year-old mom and her husband is 46 years old. They have a 14-year-old son and the dad believes that their child doesn’t need privacy until he turns 18, so as long as he is under the parents’ care, he shouldn’t have a door.

The mom, on the other hand, thinks that teenagers do need their own privacy, space and freedom. Of course, their child is 14, so she would still need to know what he’s up to, but the mom doesn’t think that it’s necessary to remove the door from his room.

This disagreement started to create some tension between the two parents and the dad doesn’t want any compromises because he was raised this way so he knows best.

But the mom’s heart couldn’t bear seeing her son mistreated, so she thought it would be a good idea to do what she thinks is right. As her son’s birthday and Christmas are near, she decided that a perfect gift would be a door. 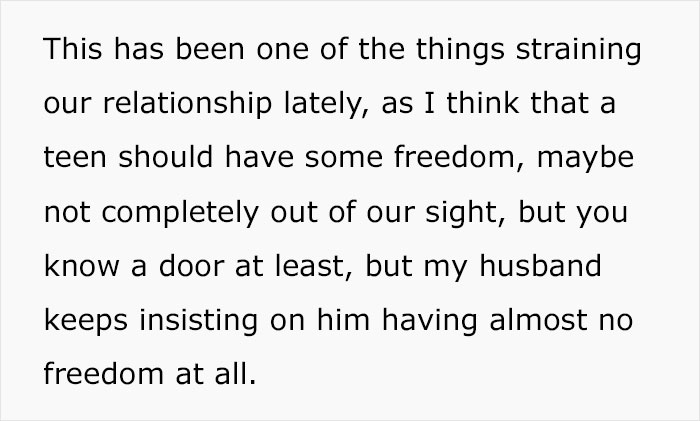 The OP didn’t say anything to her husband and secretly bought a door and had it installed in the son’s room when neither he nor his dad was home.

The son came home after school with a door blocking his room and the mom saw that he was delighted and probably actually relieved. However, when the dad saw the door he was not satisfied at all.

Knowing that the dad would never agree to it, the mom went behind his back and got a door installed as a birthday and a Christmas gift for the 14-year-old son 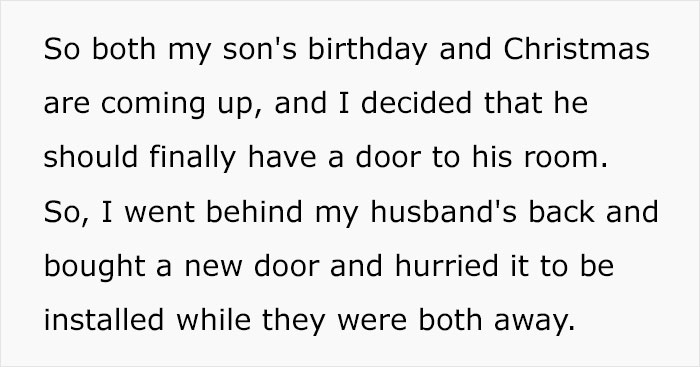 He was actually really mad, and now the wife and the husband sleep in different rooms. The husband was displeased that such a decision was made without having a word with him and felt that his authority was disrespected.

The OP now thinks that she acted without thinking and should have had a conversation with her husband before making a parenting decision and is asking if she deserves being treated like the jerk in this situation. 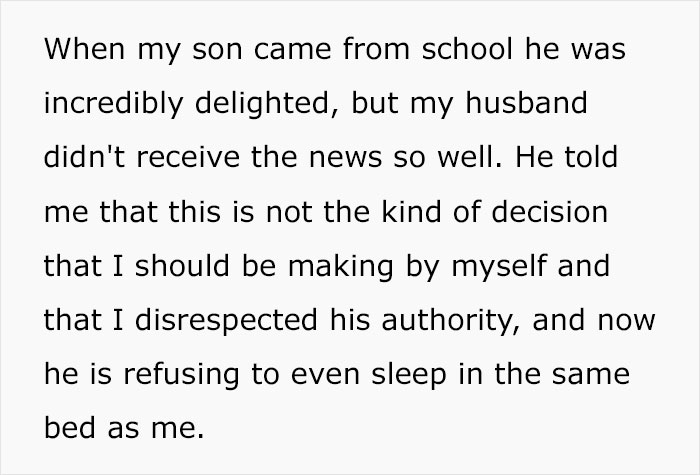 People in the comments were actually concerned that the OP’s husband is abusive and toxic more than who is wrong in the situation. They found it problematic how he explained that there is no need for a door so the son could grow up a man and that he feels he’s the only authority in the house.

What do you take from this story? Do you think teenagers are entitled to privacy? And do you feel that this family has deeper issues rather than just this one disagreement about privacy which is already quite alarming? Share your thoughts with us in the comments section! 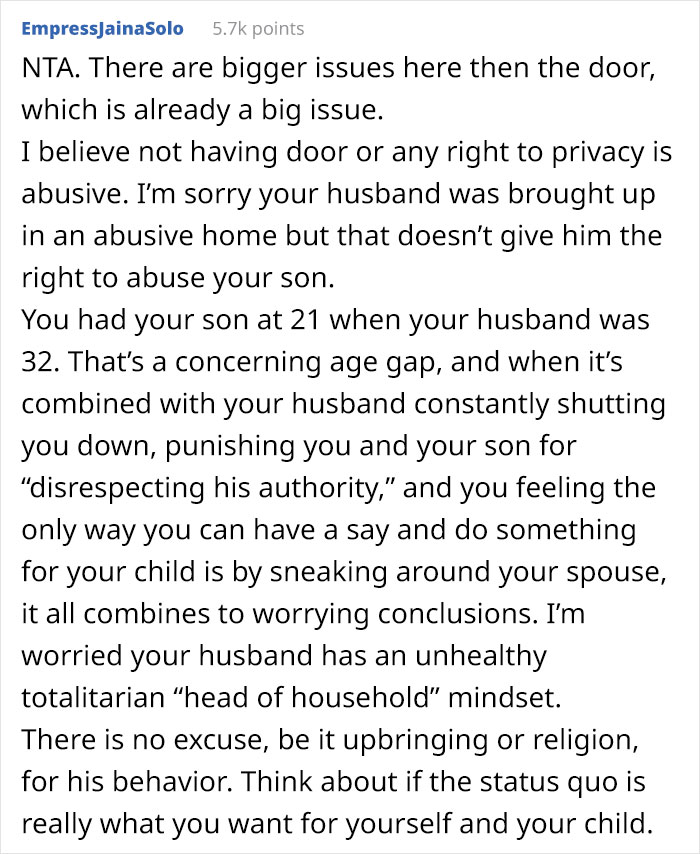 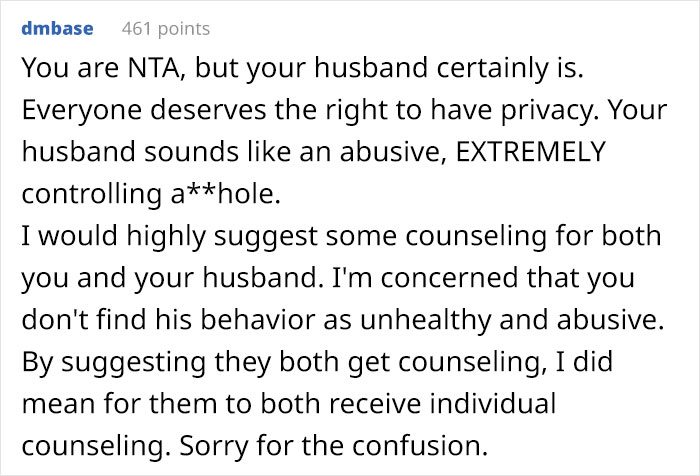 The post “Now He Is Refusing To Even Sleep In The Same Bed As Me”: Mom Gifts Her Son A Door For His Room And Dad Sees It As Disrespecting His Authority first appeared on Bored Panda.