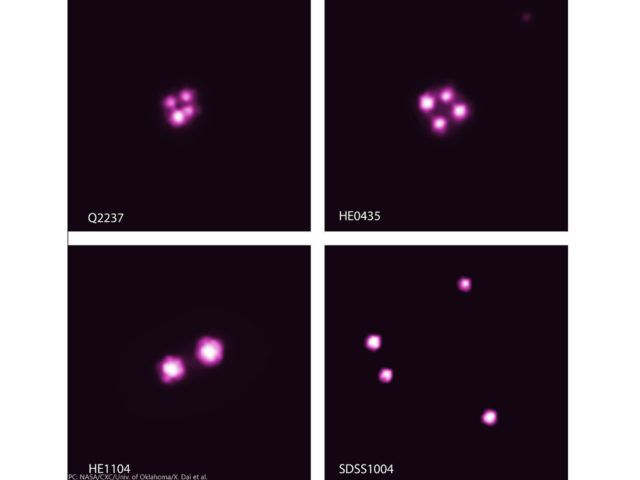 Even light cannot escape the grasp of a black hole. Have you ever wondered how a black hole in space actually looks like? Now you won’t have to rely on the imagination of an artist. Though it was once near impossible to capture an image of spinning black holes, we have now entered into an era where we can.

Imaging a black hole is really difficult and can take years as they are very hard to see. However, with advanced technology researchers have used X-rays to detect spinning black holes in the cosmos.

NASA astronomers have used a combination of data from NASA’s Chandra X-ray Observatory and gravitational lensing – the use of gravity from celestial bodies to magnify very distant objects – and spotted the spins of five supermassive black holes.

As explained by NASA, similar to whirlpools found in oceans, spinning black holes too create a swirl around them. But, instead of wind and water, they create disks of gas and dust heated to hundreds of millions of degrees that glow in X-ray light.

The team made use of an in-between galaxy in order to get clear pictures of quasars consisting of the black holes. Data from Chandra offered a sharp-enough image for separating the multiple pictures that resulted from the lensing effect, reported Engadget.

The black holes that were observed are about 10.9 billion light-years away. To read about this galactic news head over to the Business Recorder.

The Fault Lines of Freedom, From Juneteenth to Independence Day